A colonialist lens paints Magellan’s arrival 500 years ago as the start of Philippine history when it was just another chapter in our country's rich historical tapestry.

In Philippine history classes, students are usually taught about March 1521 as one of the most important events of our shared past. The story of Ferdinand Magellan’s “discovery” of the Philippines while in search of another route to nearby Moluccas and his subsequent death at the hands of Lapu-Lapu is treated as a landmark event of Philippine history: the true “beginning” of our Filipino consciousness, so to speak.

This year marks 500 years since that very event, and the question has since revolved around whether or not we should celebrate the fact. Some people, like Pope Francis, see Magellan’s arrival in the Philippines as the beginning of 500 years of Christianity in the country. Others are not so kind, choosing to remember Magellan’s arrival as the beginning of colonial subjugation in the Philippines.

Both points raise very important questions about our past. But more than looking back on our past, perhaps we should take the time to ask ourselves how we look at Philippine history in the first place.

The Colonialist Narrative in Philippine History

Under American colonialism, the public education system saw massive reforms that saw more and more Filipinos gaining access to a systematized form of basic education. Public schools became the norm and have become an enduring feature of the Philippine education system.

Beyond standardization, American education brought with it the education of American-friendly values. As Renato Constantino puts it in The Miseducation of the Filipino:

“The education of the Filipino under American sovereignty was an instrument of colonial policy. The Filipino has to be educated as a good colonial. Young minds had to be shaped to conform to American ideas. Indigenous Filipino ideals were slowly eroded in order to remove the last vestiges of resistance. Education served to attract the people to the new masters and at the same time to dilute their nationalism which had just succeeded in overthrowing a foreign power. The introduction of the American educational system was a means of defeating a triumphant nationalism.”

For decades, Philippine history was discussed through a colonialist narrative. It downplayed the efforts of the Filipino people while portraying Spanish and American colonization efforts as “civilizing” and integral to the Filipino consciousness.

This began to change in the 1960s, when nationalist historians like Renato Constantino and Teodoro Agoncillo began to challenge the tired narrative. Buoyed by nationalist fervor led by figures like Senator Claro M. Recto, academics and students alike sought to break tradition from old notions of our own history and began to look at things from a Filipino perspective.

Works like History of the Filipino People and Revolt of the Masses were instrumental in portraying our own history from a nationalist perspective. In 1971, Jose Maria Sison wrote Philippine Society and Revolution, a landmark text that sought to apply class analysis to Philippine history.

This tradition continues to this day. Historians, academics, and students are challenging normalized historical narratives; in essence, taking back our own sense of history. Outside the academe, workers and peasants all over the country also get a sense of historical agency through community discussions and other forms of engagement.

Suffice to say, we’ve come a long way in terms of understanding our past. It seems, at times, like our eyes have been opened for the first time. But most important, revisiting the way our past is framed informs how we see ourselves in our own nation—not as products of colonial aggression but as protagonists in our own story.

The Meaning of Magellan’s Arrival in Pre-Colonial History

Let us circle back to the beginning of Spanish advent. Far from being a simple historical event, Ferdinand Magellan’s arrival to the Philippines was indeed a landmark event. It is only fair that we as Filipinos take a deeper look into what this event means to us as a nation.

There is an important point to be made, however. Arguments revolving around the 500th anniversary of Magellan’s arrival in the Philippines representing Christianity or colonialism both stem from the same idea—the idea that this was the event that began Philippine history. By putting Magellan’s arrival on such a pedestal, we are essentially reaffirming the fact that our history, and our national consciousness along with it, are tied to our shared colonial past.

But when we look at March 1521 within the greater scope of our pre-colonial history, we start to see that Magellan’s arrival is hardly the “first contact” that conventional history would have us believe. On the contrary, the Philippines has been an important regional center for the past 600 years prior to Ferdinand Magellan’s arrival.

The century prior to Magellan’s arrival, in particular, saw an increase of involvement from the Sultanate of Brunei, Ming China, and Muslims from Malacca and Johore across the country. Multiple states vied for regional control by associating themselves with regional powers, as with Tondo and Brunei or Maynila and China.

Spanish arrival in the Philippines was hardly a world-changing event for the Filipinos who experienced it. It would be more proper to draw conclusions based on how figures like Humabon and Lapu-Lapu reacted. There is strong evidence that Rajah Humabon used Magellan in his feud against Lapu-Lapu as a proxy. His conversion to Christianity was an unintended consequence.

A Chapter in Our Already Rich History

At the end of the day, Magellan’s arrival in the Philippines was simply another episode in our historical tapestry. Magellan became a victim of political intrigue and a local feud between two warring leaders, while also contributing to the country’s eclectic religious make-up.

If anything, Magellan’s arrival is notable because it exposed the inherent weakness of the various Philippine states that existed at the time. Less than 50 years later, Miguel Lopez de Legazpi would arrive in the Philippines and use divide-and-conquer tactics to pit ruling lords against each other, ultimately coming up on top.

There is no doubt that we should recognize Magellan’s arrival in the Philippines as a notable event. But it is not something to be revered. Let us remember it for what it truly is: a chapter in a storied history book, marking the end of one era and the beginning of another. 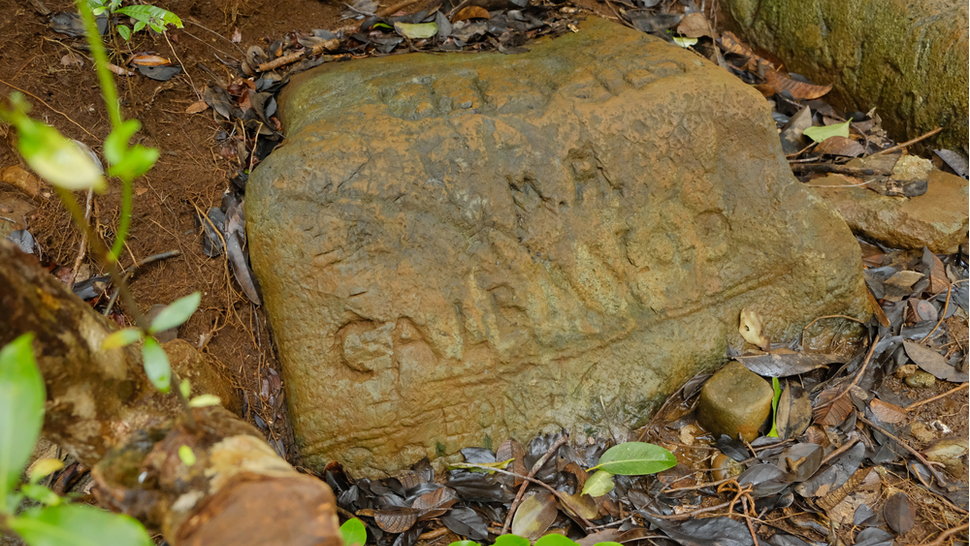 Ferdinand Magellan's Rock in Homhonhon Has Been Vandalized
More from EsquireMag.ph 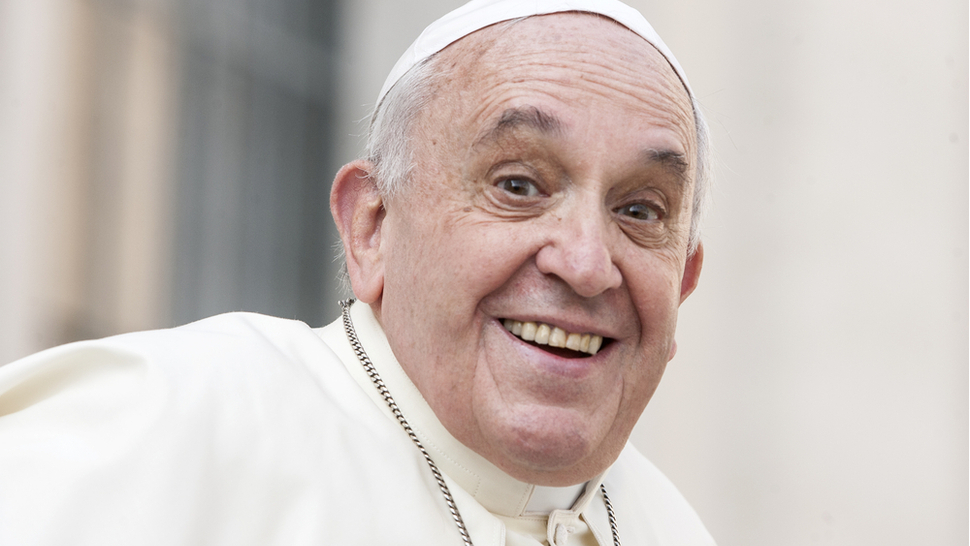 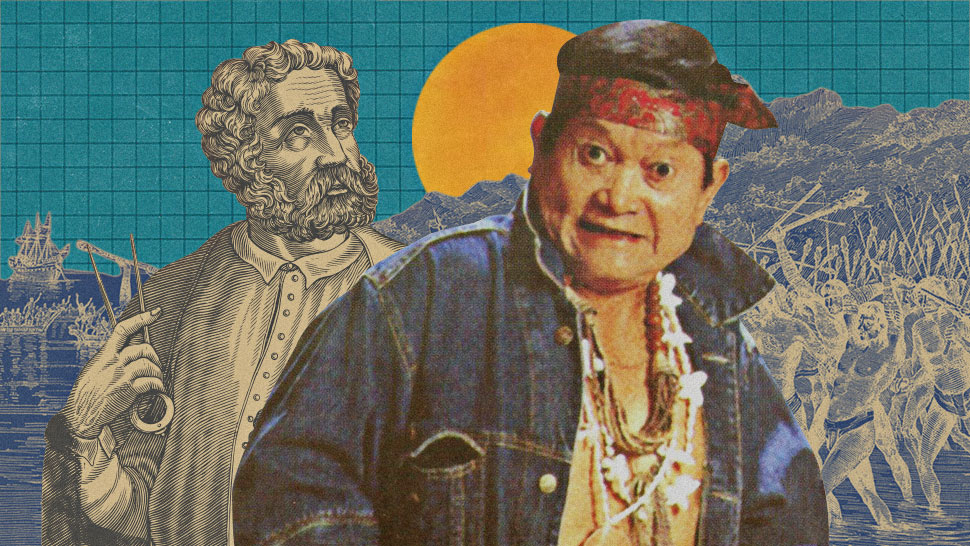 Let Yoyoy Villame Remind You About What Happened On This Day 500 Years Ago
View More Articles About:
syn-00202
con-00202
young leader
Magellan
history
features
More Videos You Can Watch 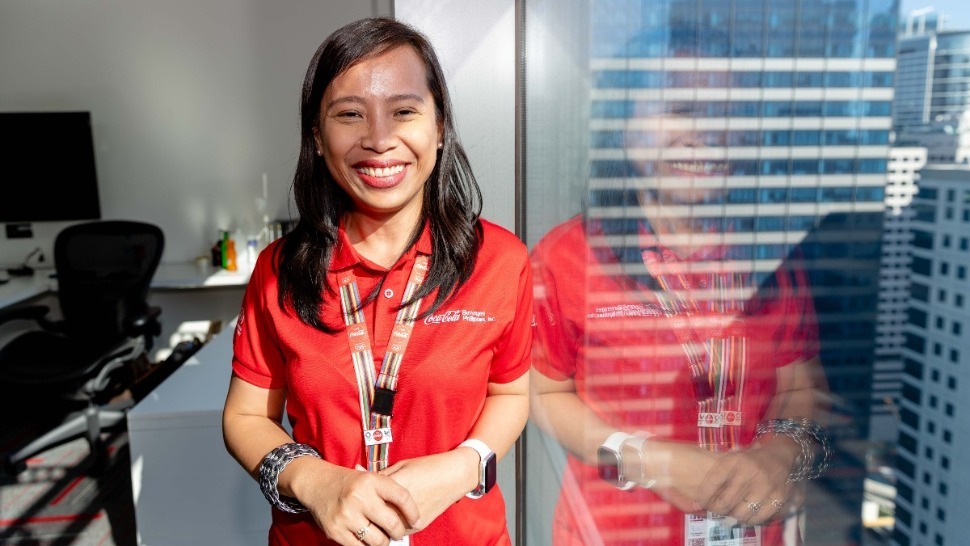