Måneskin Doesn't Care If This Has Been Done Before 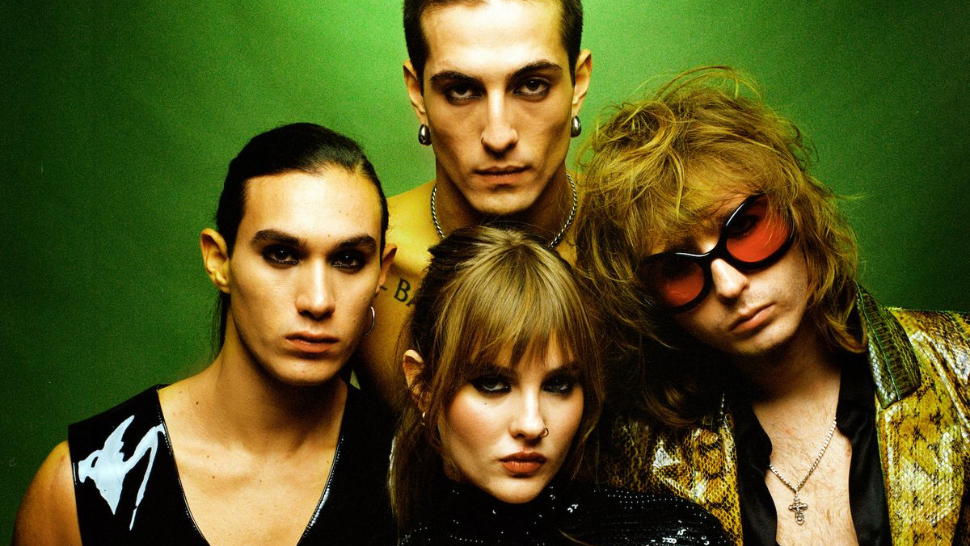 Whatever the audience for a typical rock show looks like these days, this sure isn’t it. There are pre-teens here for their first concert, middle-aged dudes in desperate search of loud guitars, sparkly queer couples, and lots of…Italians?

It’s early December and Manhattan’s 3500-capacity Hammerstein Ballroom is stuffed to the walls for the second of two sold-out performances by the Rome-based sensation Måneskin. And any lingering suspicions about the band—who came to international prominence through the unlikely route of winning the 2021 Eurovision contest—are shot down by a sweaty, joyous crowd literally jumping for joy and screaming along to every word.

“We didn't expect this kind of feedback,” says singer Damiano David a few weeks later. “We saw so many people singing back, even the Italian songs and the less-known songs.”

Bass player Victoria de Angelis notes that after spending the summer playing European festivals in front of tens of thousands of people, touring smaller-size clubs and theaters in the States gave them a new view of their audience. “We could really see how various our crowds were,” she says. “It surprised us a lot that there's a lot of adults and kids and every kind of people there—that's very cool.”

Måneskin's curious breakthrough was followed up with the increasingly rare occurrence of a rock song that crossed over to a pop audience—an irresistibly jangly cover of the Four Seasons’ “Beggin’” that lit their fuse in the US; it hit Number 13 on the singles chart, and globally it was the second-biggest TikTok song of 2021. They have over 6.5 billion streams worldwide and won Best Alternative Video at the MTV Video Music Awards and Top Rock Song at the Billboard Music Awards. They’re currently nominated for Best New Artist at next month’s Grammys.

They did a campaign for Gucci, contributed a song to the soundtrack of Baz Luhrmann’s Elvis, and even have a co-sign from Iggy Pop, with whom they recorded the hit “I Wanna Be Your Slave”; in NME, he recently said, “That’s a really strong band” and called David “an amazing singer…he’s really got it, that guy.”

And now, with all of that already behind them, Måneskin is releasing Rush!, their third album but the first that’s recorded mostly in English. Whittled down from fifty songs they cut along the way, it’s a whirlwind of stadium rock and punk, juiced with theatricality and a strong sense of pop dynamics in the structure and the production (some of which comes from reclusive wizard Max Martin, better known for his mega-smash singles with Taylor Swift, Britney Spears, The Weeknd and N* Sync).

On stage, the four members of Måneskin—David, de Angelis, guitarist Thomas Raggi, and drummer Ethan Torchio, all in their early 20s—are a non-stop dynamo, jumping and crowd-surfing and constantly falling to their knees or flat on their backs. On a Zoom call from their management office in LA, though, they’re struggling a bit to find their energy; David is coughing and sniffling through a cold, so de Angelis gamely picks up the lead.

Live, this foursome is non-stop dynamo.

“With this record, we tried to experiment more and go in different directions,” she says. “Each one of us has their own personality and individual tastes, so we tried to really enhance that—instead of going in one common spot, we went for one song completely in Damiano’s direction, one in mine, and so the record has a lot of more variety.”

David maintains that this range, and the pop sensibility that distinguishes Måneskin from the more typical thudding rock production, comes naturally. “Not to brag, but for us, it comes easy,” he says. “We have four different and very strong backgrounds—Ethan and Thomas are very into rock n' roll, punk, more classical, so they bring that energy. And I’m very, very into mainstream music, mainstream hooks, mainstream melodies. So I bring that kind of idea, and they put steroids in what I do.”

It adds up to some welcome swagger and humor long missing from traditional rock bands. They sing on “Kool Kids”:

Cool kids, they do not like rock
They only listen to trap and pop
And everybody knows that rock and roll is dead
But I don’t give a fuck about being a cool kid

But why did a band from Italy, of all places, even have the dream of reaching a global audience? Even with the accessibility of streaming, it’s tough enough for bands from the UK to make it in America. A few Scandinavian acts have pulled it off, but (aside from the Scorpions and maybe Rammstein), who from the Continent has ever become a star in the States, and even continued singing in their native language?

“I think that the main reason that Europeans don't reach the US is because many of them don't even think about it,” says David. “It’s like, the game is over, it's impossible, so we're not even going to think about it or think about strategies to do it. We just tried—like when we had the chance to go to Eurovision, many rock bands would have said it's too mainstream, it's too cheesy, and would have denied this opportunity. But for us, Eurovision was just a chance to be seen outside of Italy, and there's 80 million people that watch, so at least someone could have been conquered by us. And then with social media and stuff, you can reach the whole world with a click, with just a blink of an eye.”

Måneskin (the name means “moonlight” in Danish, the first language of de Angelis’ mother) formed as high school kids in Rome, playing local Battle of the Bands and busking on the city streets. They credit those early days of scrapping for establishing the stage presence they still maintain.

“On the street, we developed this instinct to know what's happening around you and how to keep the focus and to see when the atmosphere is kind of low,” says David. “You actually see the amount of people in front of you growing and growing, and then if you fuck up something, half of the people go away, and you have to start over. So we still have this mentality of building up constantly during the show, and then finding a point where you're high enough to keep it stable till the last song.”

“Also it's a challenge,” adds de Angelis, “seeing people that really don't care about you, that don’t like you at first, and you have to convince them—this really lit up something in us because it made us want to prove them wrong, or show them how good we could be.”

David laughs and says he still feels that need to win over every last audience member—"You know there’s that one motherfucker, he's with his girlfriend, standing with his arms crossed. And you have to get him. I fucking stalk him, look right in his eyes like, ‘You're the one who’s wrong. Look at everybody around you.’”

Even Iggy Pop recognizes this competitive fire in Måneskin. “You can tell they have that background,” he said, “that they’ve done something together where they got a little taste of poverty and obscurity, and I think that gives them a really nice edge.”

On Rush!, the group demonstrates maturity and growth, especially on the song “Gasoline,” which was inspired by the Russian invasion of Ukraine and which they released as a benefit for Global Citizens Fund relief efforts (“Stolen throne/Playing god with a heart of stone/The whole world is waiting for you to go/Down, down, down”). “We thought it was important and meaningful to show support and love,” says Torchi, also pointing out that the song’s “dance-y elements have a vibe we never did before.”

The most recent single, the stomping “Gossip,” features an appearance by another of the group’s heroes, Tom Morello of Rage Against the Machine. “I’ve always loved rock n' roll and I’m also very proud of my Italian heritage,” says the guitarist in an email, “so when I discovered that the hottest new rock band on the planet was from Italy I was like, ‘Where do I sign up?’ Måneskin are an unapologetically loud, unapologetically sexy, and unapologetically rocking shot in the arm to modern music.”

De Angelis is almost breathless recounting their excitement when Morello first visited them in the studio. “We were so starstruck, because we grew up listening to Rage,” she says. “But we were amazed by how humble he was. He came to our studio and we just started jamming for hours, and he had no ego, no boundaries, no limits—he was just completely open and having fun. It was like he was the fifth member, jamming and enjoying it spontaneously, and he really gave us back a feeling that we were kind of missing a bit.”

Moving into worldwide celebrity status, though, hasn’t meant cutting ties with their Italian roots. Rush! includes a block of three back-to-back songs in their native tongue. “It's still really important to show that aspect of our band,” says Raggi, “and outside of Italy, it's something maybe new to people that means a lot for us.” David adds that “we have to keep it and respect it, because it's part of us—the core of what we do, of our fan base, of our culture is still in Italy.”

Skeptics might look at Måneskin and say that it’s all been done before—from the extravagant eyeliner to the habit of stripping their shirts off onstage (yes, even de Angelis) to Raggi’s big Guitar God moment opening the encore with a lengthy intro to the power ballad “The Loneliest,” that it’s all more of an homage to rock & roll than an authentic step forward. Måneskin beg to disagree.

“We're not trying to emulate or copy anyone, it's just what feels good in the moment,” says de Angelis. “And our fans, especially the younger fans, they're not used to seeing it. So maybe something that for you is cliché is something new for the younger generation. And in some ways, it is—during Thomas’s guitar intro, we all get offstage, and I'm always behind watching. And it's so cool to see all the different people's reactions. Maybe there’s a bunch of girls in the front row and they're like, ‘Wow!’ because they've never seen a fucking guitar solo.

“So even if it's nothing new in the world, and there's a bunch of bands that have done it, for them, it’s something they're discovering.” 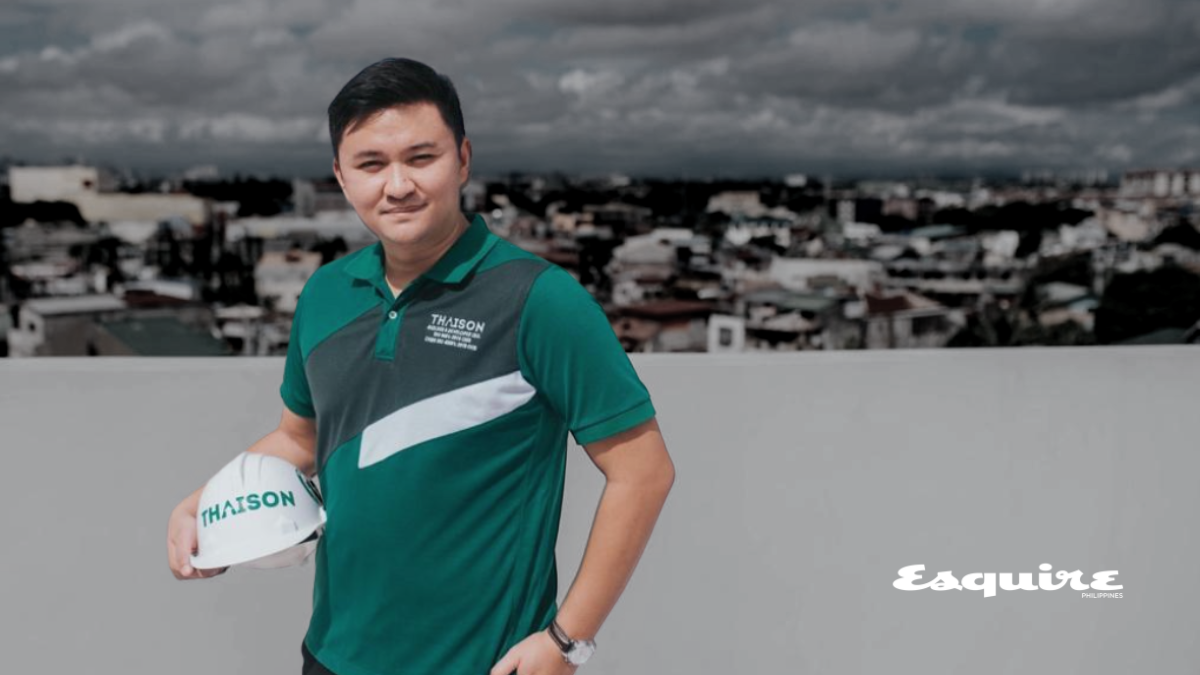 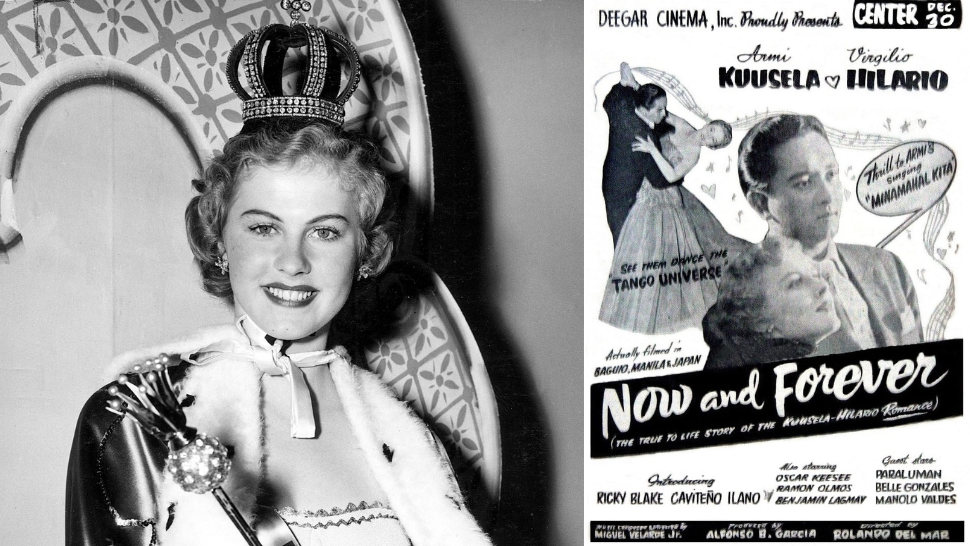