These are just a few tenets of the Tunay Na Lalake manifesto that once populated the internet, going viral even before “going viral” was a thing. Sure, the humor was uniquely Pinoy, all in good fun, and firmly tongue-in-cheek. But today, social justice warriors will expand this manifesto to embrace a wider spectrum of what it means to be a man. After all, the Philippines is consistently being ranked among the most gender-equal nations, placing 8th in the Top 10 list (and the only Asian country, at that) released by the World Economic Forum in 2018. 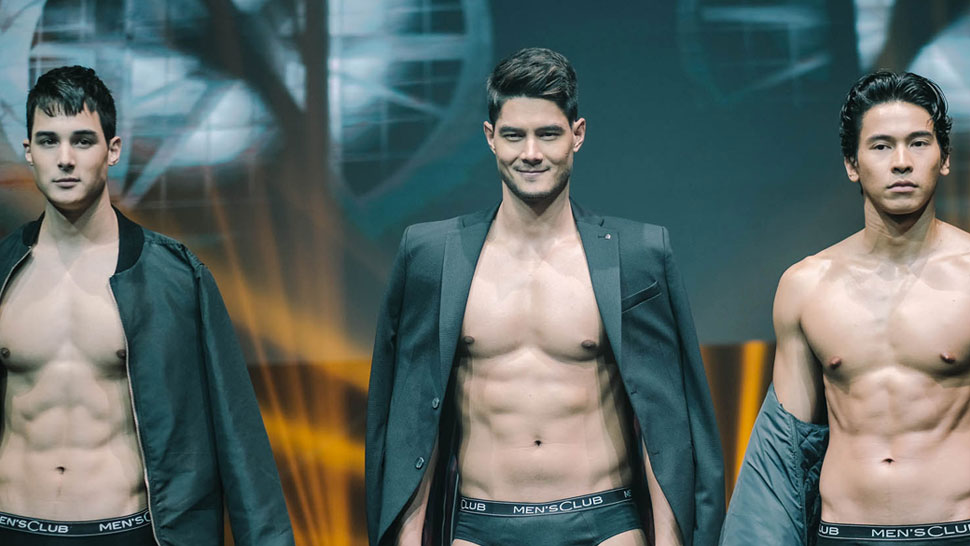 If we really are as “woke” as we would like to believe, it’s about time the media starts to reflect that. Men’s Club by Avon takes the lead with the launch of the #GentleManUp campaign, a movement that seeks to expand the idea of what a modern gentleman is. The campaign was born out of a belief that gentlemanliness is diverse. “What we’re saying is that the idea of a modern gentleman is actually more than meets the eye,” says Tisha Rodriguez, Avon Head of Marketing. “It’s not just about being strong or suave, but really being yourself—being able to show the world that you can be a good version of that self. That’s what we’re trying to celebrate.”

At the #MensClubByAvon fashion show held at Shooting Gallery Studios, the night began with a bevy of muscled dancers in bondage and heels, voguing, high-kicking, and flexing as they took the stage. One by one, six men who embody the modern gentleman were introduced: theater actor Ian Ignacio, chef Gerick Manalo, photographer Ari Simangan, singer Joshua Bulot, blogger Chuck Aquino, and nurse Clint Karklins. Each was surrounded by a phalanx of models and non-models alike, looking just as comfortable in their briefs as they would in a T-shirt and jeans. 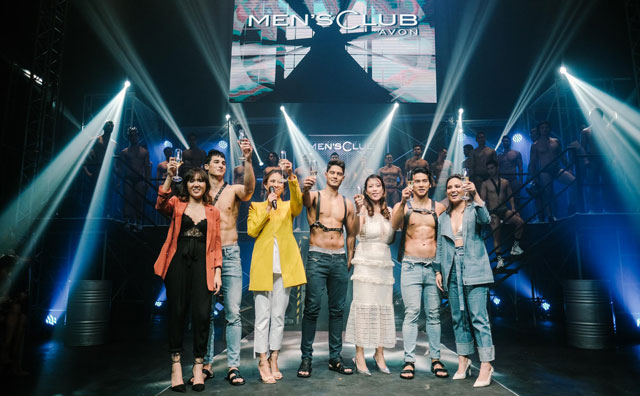 Then it was time to unveil Men’s Club by Avon’s newest endorsers: Tanner Mata and Enchong Dee. They were joined by brand ambassador Daniel Matsunaga, who welcomed the boys into the Avon family. “A modern gentleman means being humble and not forgetting your roots. I always put Jesus as a role model,” says Matsunaga, still nonchalantly shirtless when we catch up with him backstage. “If you’re kind to everyone, from the lowest to the highest of ranks, then you’re a gentleman,” Dee chimes in.

“Spread a positive perspective even when you are flooded with negativity, especially now, with social media,” Tanner Mata replies when asked what he would teach the next generation. This is something Gerick Manalo is familiar with, being in the high-stakes, high-testosterone culinary world. “Madami akong natanggap na hate comments, like, ‘Kulang ka sa skill, mali ang technique mo,’” he shares. “I take criticism as a challenge and make room for improvement.”

Clint Karklins also believes it’s about time we expand our understanding of what it means to be a man nowadays. “A modern gentleman is open-minded, open to new ideas, strives to learn, and welcomes failure as a path to growth and self-awareness,” he says.

These traits were on full display as the diverse group confidently paraded in front of the crowd in a range of Men’s Club by Avon underwear that included cotton basics, cheeky prints, and innovative fabrics paired with everything from tattoos and dramatic capes to thigh-high boots and fur. It was all in line with redefining what a gentleman can be—and yes, there were abs and a lot of dancing.