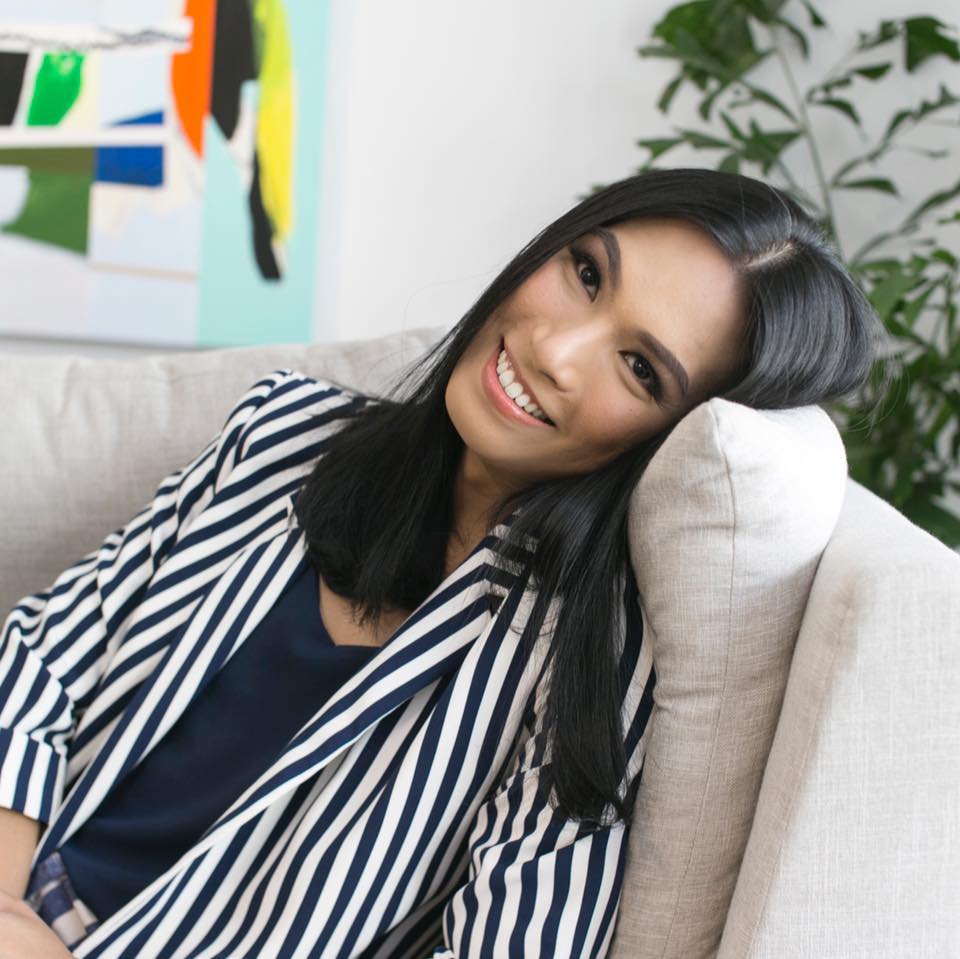 Before coming out as a transwoman, my biggest fear was: Will my parents, especially my Papa, accept me? Could a tough, well-respected educator and an active, devout, Catholic church leader stand seeing his first-born son transform into a woman? What would others say about him for allowing his “Erick Boy” become and live as “Mela”?

But that’s the thing. These were just thoughts brought about by my fear of being rejected. This fear made me underestimate the love that Papa always has for me. That before Erico is an educator and a devoted Catholic leader, he is, first and foremost, my father—the first man who loved me.

The first guy who loved me

Looking back, Erico’s love was truly bigger than I had thought.

When Manny Pacquiao insulted the community in 2016, Erico did not hesitate to dispute and challenge the honorable Senator’s bigoted judgment. Seeing Pacquiao’s stand as “kaiporkritohan sa mundo ng katotohanan," he bravely stood against him on social media and defended me, and every single LGBT who was very dear to him. 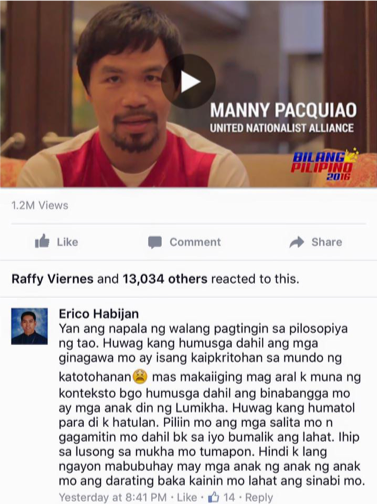 When I ran for public office in 2016, my father wasn’t allowed to campaign for me because he was a public servant, but he defied the rule, went straight to the frontlines, and asked every person in Marikina, “Iboto niyo po ang anak ko…si Erick Habijan…yung magaling na bakla!”

When I told him that I would be joining Binibining ABS-CBN in 2014, he jokingly said, “Ano na namang kabaklaan yan?” But, he followed it up with, “Pero sigurado akong ikaw ang magiging pinakamaganda at iuuwi mo ang korona!”

And when I first came out to him as a gay guy on May 4, 2002, his first response was, “Eh ano naman kung bakla ka?” He, then, continued, “Bakit naman kita ikakahiya? Matalino ka. Pinalalaki kita nang maayos para maging mabuting tao. At higit sa lahat, anak kita!”

Whenever I meet teachers from all over the Philippines who know my dad, they attest to how proud my father is of the person I have become. But I tell them that I won’t be the woman that I am today if not because of him.

I owe him my happiness because he let me live my life in the way that I want it to be. In that time when I was eaten by fear of rejection, he gave me acceptance. His being an educator and his active involvement with the church never hindered him from embracing me wholeheartedly.

I owe it to him why I see myself as capable and valuable. When I was doubtful of myself, he supported and assured me that I could win over anything I put my heart into.

Most important, I owe him my Pride. For he was the first person to see me beyond my being bakla—that I was his first-born who was named after him, his “Erick Boy,” whom he proudly introduces now as “Mela,” and his transgender daughter who deserves nothing but to be loved.

In my eyes, Erico is not just my father and the guy who first loved me. Papa is Pride, the man who loves me the most.

About The Author
Mela Habijan
Mela Habijan is a proud transgender woman who uses her passion for storytelling to educate people about the LGBTQIA+ community. A Communication graduate of Ateneo de Manila University, she served as a writer for ABS-CBN’s Gandang Gabi Vice, The Buzz, and Your Face Sounds Familiar. Currently, she is breaking barriers on television and digital media as an actress and a content creator. Alongside, she mentors Campus Journalists and Advisers on writing features.
View Other Articles From Mela
Get The Latest Updates From Esquire!
Subscribe to our newsletter!
Latest Feed
Load More Articles
Esquire Money