In 1582, the Japanese invaded the Philippines. It’s not what you think.

The Japanese have always been important neighbors of the Philippines. In pre-colonial times, Japanese traders made the journey south to places like Cagayan, Pangasinan, and Manila to conduct trade deals. This continued into the age of Spanish colonization, with Japanese Christians even settling in the country.

But there was also another side to the Japanese-Filipino relationship, one driven by violence and war, one that pre-dates the Second World War. In the 1580s, the Japanese almost invaded the Philippines.

Spanish colonization was at its infancy at the time. Miguel Lopez de Legazpi had just landed 20 years before in Cebu to establish Spain’s claim to the archipelago, and things were still highly precarious to the colonists. They were outnumbered by native Filipinos 10 to one. They were a six-month voyage away from the nearest colony in Mexico. Worst of all, they faced the threat of invasion almost every day; if not from the Filipinos, then from external forces.

One episode was in 1574 when the Chinese corsair Limahong almost burned Manila to the ground before being fended off by a combined force of Spanish and Filipino forces. Limahong was said to have enlisted the help of Japanese mercenaries in his attempted conquest. Governor-General Guido de Lavezaris noted in a letter to the King that Limahong’s best men were Japanese.

Their martial quality manifested itself more clearly in 1580 when Japanese Wokou pirates began raiding the Cagayan Valley. Cagayan was, and still is, noted for its fertile land and ample resources. The Cagayan River ran from the Chico and Magat rivers in Cordillera all the way to the Strait of Luzon.

The pirates were a ragtag bunch. They were composed of bandits, smugglers, and some ronin, masterless samurai. Their numbers and tactics overwhelmed both the colonists and the native Ibanag people, allowing them to establish a foothold in the province.

Governor-General Gonzalo Ronquillo de Peñalosa described the pirates as such: “The Japanese are the most warlike people in this part of the world. They have artillery and many arquebuses and lances. They use defensive armor for the body, made of iron, which they have owing to the subtlety of the Portuguese, who have displayed that trait to the injury of their own souls.”

In 1582, Peñalosa sent Juan Pablo de Carrion to deal with the Japanese incursion. De Carrion immediately sailed from Ilocos with six ships and 40 men; he himself was aboard the Sant Jusepe. Their voyage to the Cagayan River took roughly 34 days.

Upon reaching Cape Borgador, de Carrion encountered a Japanese pirate ship and decided to engage. They began by using their artillery, which killed several men and damaged the ship’s mainmast. The Japanese countered by using their grappling irons to latch onto the Sant Jusepe for boarding.

Two hundred pirates poured onto the deck of the galley and engaged in combat against de Carrion’s men, while 60 arquebusiers opened fire from a distance. The galley became a small battlefield as the Spaniards held their lines against waves of pirates. Slowly they were pushed back until they were cornered near the mainmast.

Somehow, superior tactics and arms managed to win the day, and the small force was able to beat back the pirates, who began to retreat. De Carrion decided to pursue and boarded their ship. They managed to beat the pirates until only 18 remained, who then surrendered.

Entering the river, de Carrion encountered a fort and at least 11 to 18 ships waiting for them. Panic set in when a soldier aboard a shouted, “Return, return to Manila! Set the whole fleet to return, because there are a thousand Japanese on the river with a great deal of artillery, and we are few.” Their captain, Luys de Callejo, began to turn back, but de Carrion managed to rally. They attacked the fort but their numerical disadvantage didn’t deal any real damage.

Left with a few options, the Spanish troops entrenched themselves in a defensible position the river. They then began shelling the Japanese position until the pirates were forced to surrender. As part of the terms, de Carrion ordered the pirates to leave Luzon, which they did.

Except they didn’t. The pirates instead elected to launch one last assault; this time by land. Six hundred Japanese pirates launched themselves against 30 Spanish soldiers dug in a trench. The Japanese attacked recklessly in multiple banzai-like charges while Spanish arms managed to repulse them time and again. By their third charge, the pirates almost managed to breach the Spanish defenses, but they were nonetheless repulsed.

Seeing the opportunity, de Carrion ordered his men to attack. Though outnumbered and almost out of gunpowder, they managed to break the pirates’ morale and rout their enemy, securing victory for the day. The Spaniards kept the katanas left on the battlefield as trophies, and the region was firmly in colonial hands since then.

The 1582 Cagayan battles were significant because they represent a time of history largely forgotten in regular discussion about the Spanish colonial period. It’s easy to skip from Lapu-Lapu to the Katipunan and ignore the minutia of our history. However, it is not individuals like Lapu-Lapu or Bonifacio who create our stories but the small episodes of people living their lives. History is not about dates and great figures, but mass movements and actions. Stories like this remind us of that. 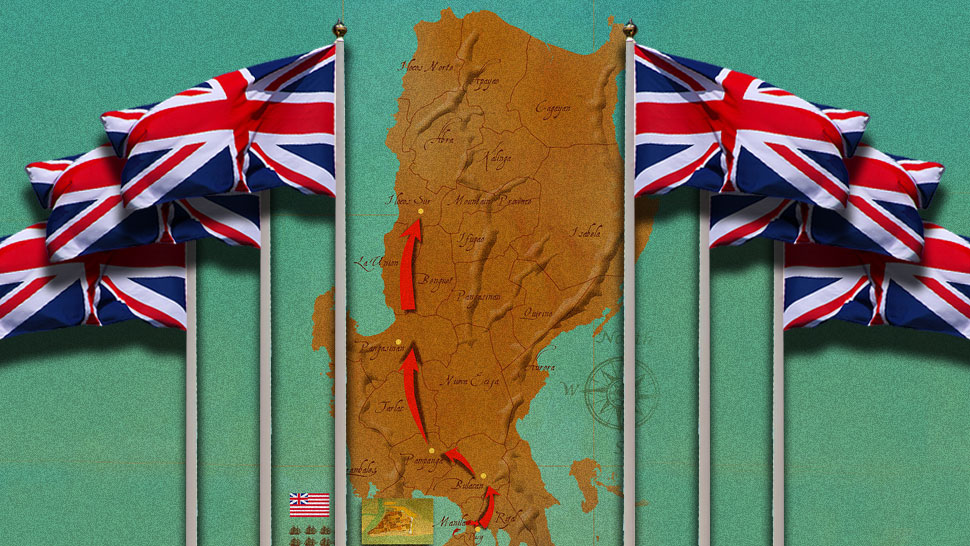