Imagine the owner's surprise when her puppy came out green. 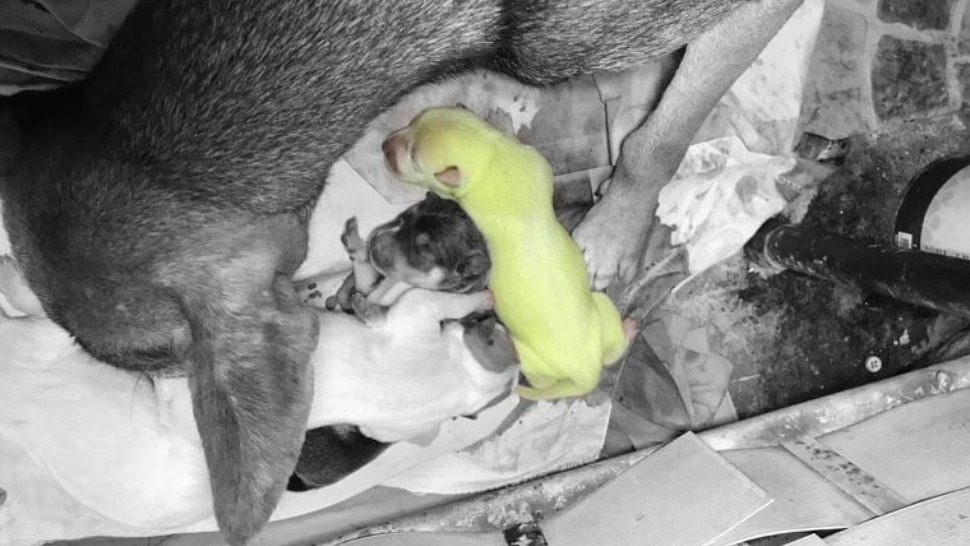