From award-winning crime novelist F.H. Batacan, a story about a marriage. 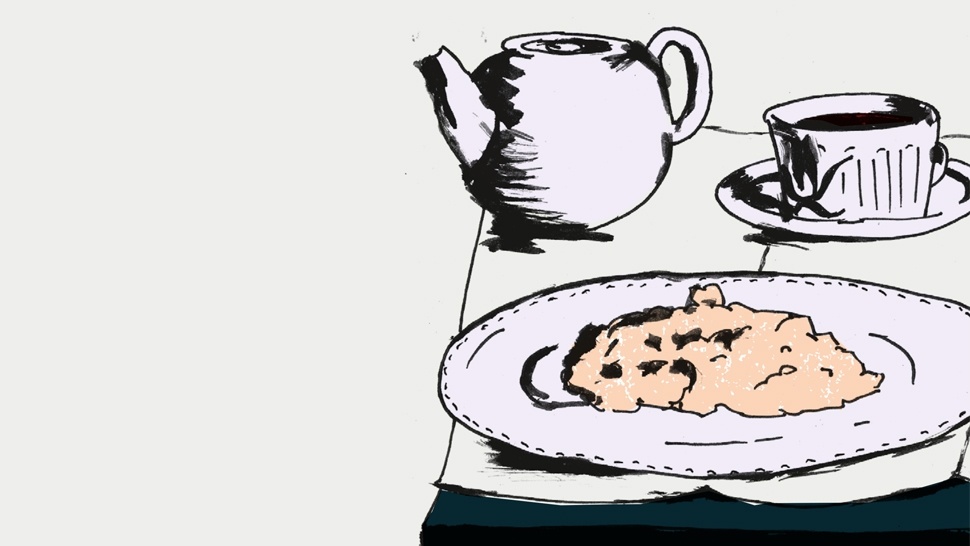 "Love has become the modern obscenity," said Julia Kristeva. Sex and violence as topics are commonplace, but love, real love, has come to be regarded as too strange. Originally published in the February 2014 issue of Esquire Philippines, we present "Love" by F.H. Batacan, a story that does not shy away from strangeness, or sadness, or the twists and turns and apartments and oceans of love.

The butter melts slowly in the pan while she beats two eggs in a white ceramic bowl with a wide band of pale blue along the lip. She doesn’t salt the eggs because the butter is already salted, but she adds a very small pinch of ground black pepper. The heat of the stove is set very low; the eggs will seize up and turn lumpy on high heat, and she knows he doesn’t like them lumpy. Once all the butter is melted, and yolk and white have been whipped together evenly, she pours the eggs in a thin stream right down the center of the puddle of butter.

She sets the bowl down in the sink and sees that the lip is chipped. It hadn’t been chipped yesterday. Did she chip it without noticing? Was it the maid?

With a sigh, she takes a rubber spatula and runs it along the bottom of the pan to make sure the eggs don’t set too hard, or burn. Keep it moving, keep it moving. The curds should be soft, light, smooth—not dense, heavy, crumbly. She turns off the gas before the eggs are completely set, but keeps on stirring, knowing that the residual heat in the pan will be sufficient to cook them through.

At brunch, a long time ago—on one of those lazy Sundays when they woke up before dawn, made love, and then slept in till mid-morning—he had told her in earnest that if he ate nothing but her scrambled eggs for the rest of his life, he would be a happy man. She said he would be a happy man with high cholesterol.

The toaster pings and two perfectly browned slices thrust up through the slots, like soldiers standing to attention. She hears him shuffling around in the living room. He had a rough night, but she had been there. She held his hand nuntil he fell into a deep sleep.

She gets a plate and turns the eggs out onto it, then examines them in the light from the kitchen window. She turns the plate this way and that until she’s satisfied: they look and smell as perfect as two scrambled eggs can be.

She puts the toast on the same plate and heads to the dining table. “Time for breakfast,” she calls out cheerfully to him, laying the plate down in the middle of the place she has set for him.

He is seated in his usual chair by the living-room windows. When she speaks, he glances up at her, and then at the table, and turns away to look out the window. She crosses the room to stand beside him. “Breakfast is ready, dear,” she says, gently but firmly, brushing a stray lock of silvery hair out of his eyes.

He doesn’t say anything. She waits a moment or two, and then notices that his feet are bare on the marble tile. “Where are your slippers?” She surveys the room, but the slippers are nowhere in sight, so she goes to their bedroom. She finds them right outside the bedroom door; she imagines that he kicked them off before going into the living room. She picks them up.

She’d bought the slippers a few years ago, a few weeks before their forty-third wedding anniversary. Their gray and maroon stripes were the same color as his favorite tie. “It’s not a present,” she’d told him. “Not a big one, anyway.” She said it shyly—their pensions gave them enough money to live on, but didn’t leave much room for extravagant gestures, and neither of them particularly enjoyed asking the children for money. But he made a big deal of the slippers, anyway, pronounced them a faultless fit, wore them every night before bed and every morning at breakfast.

She brings the slippers to him. “Here you go,” she says, holding them out, but he doesn’t respond. So she bends, with some effort, and slides them on to his bare feet one by one. “There,” she says. “Your favorite slippers. No more cold feet.” She looks up at him. “Breakfast is getting cold.” She stands with a quiet groan, her joints stiff, and then takes his hand. “Come on, now.”

He stands slowly, then allows her to lead him to the table. She guides him to his seat, and when he’s settled there, begins to pour him a glass of orange juice. “I made you some scrambled eggs. Just the way you like them.”

He takes a spoon—they stopped using forks and knives altogether last year—and pushes the eggs around on the plate a little, before bringing some to his mouth. As she puts the glass within his reach, he makes a face and opens his mouth, gagging. The spoonful of scrambled egg plops back onto the plate in two or three tiny piles. His chin is wet with drool, dotted with bits of yellow. She takes a napkin and tries to wipe it off, but he shakes his head angrily, swatting her hand off his face.

“I hate scrambled eggs,” he says, roughly pushing the plate away. She manages to grab the juice glass before it falls over and spills its contents.

“I hate them.” He looks down at his striped slippers, then kicks them off, one landing far into the living room. “I hate these slippers. They’re ugly.”

“You love those slippers,” she says, with as much patience as she can muster. “I bought them for you, remember?”

“They’re ugly.” His tone leaves no room for argument. And then he fixes his gaze on her. “Where’s Carmela?” he demands.

She sets the juice glass back on the table, well away from him. “Carmela’s not here, dear. We haven’t heard from Carmela in more than thirty years.”

At the sound of his voice, the maid comes running from the garden into the kitchen, and heads straight to the table.

"Are you all right, Ate?" the maid asks her, worried, taking the plate and the glass away.

That's when she decides to step away from the table. She walks calmly to the bathroom and closes the door behind her. She stands in front of the sink and looks at herself in the mirror: at the lines on her face and the gray in her hair and the sag in her cheeks and chin.

And she cries. Because this is the first time he's spoken to her in four days. Because it's someone else's name that he remembers. Because she's just so very tired.

He'd strayed, once, a long time ago. They worked together in the same government office, the woman a clerk, and he a junior official. For a while it seemed pretty serious, and he would come home late and belligerent. But when she took the two children and left him, he seemed to come to his senses. He came after them, begged her to come back, tried to make things right. They had to rebuild everything from scratch, it seemed, but they built things back better, stronger. The other woman left the agency, left the country, married someone. They never talked about her again.

"But it's better than nothing," she tells her reflection after she's calmed down a bit. She splashes some cool water on her face and dries it off with a face towel. She pats down the wet fringe of hair at her forehead, adjusts her housedress, throws her shoulders back, stands straighter.

"It's better than nothing," she tells herself again, and she almost believes it.

F.H. Batacan is the author of the crime novel Smaller and Smaller Circles, soon to be reissued in an international edition. 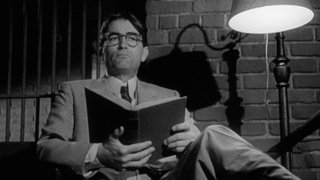 It Begins With One Book 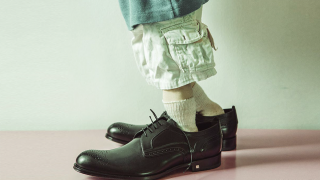