A tale of fathers, sons, and executive assistants. 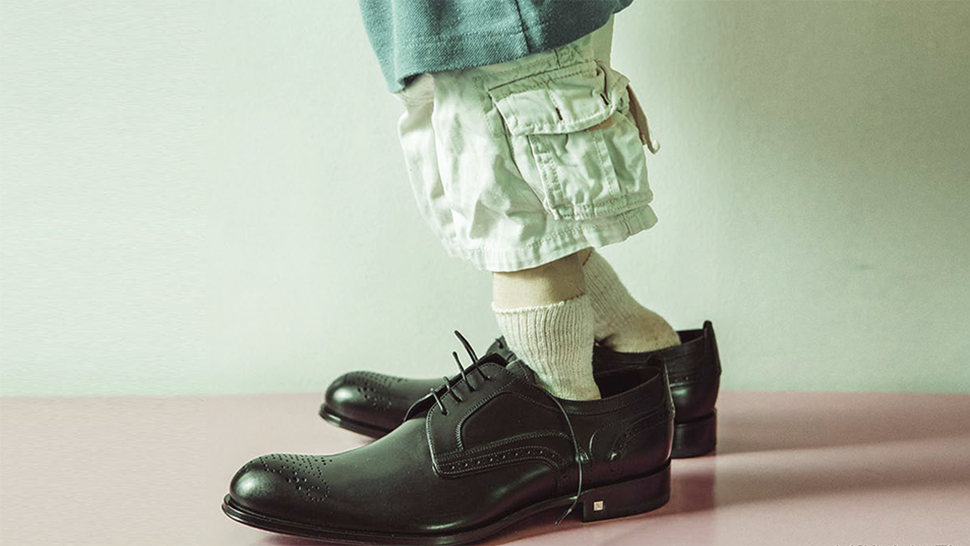 This was originally published in our June 2016 issue.

Her name was Alex, and it was a boy’s name but it was on purpose. That’s what it said on her calling card, not Alexandra, which it was short for, and underneath her name was the title “Executive Assistant,” which everyone correctly deciphered as one of the most powerful positions in the firm.

Jun was 24, at his first job, handed over to him on a plate carried above everyone else because his mother was in his boss’s wife’s mah-jongg circle. But he made sure everyone knew he treated it as no handout: he set his alarm clock well before the sun rose, paid close attention to his grooming, and closely copied the way his superiors dressed, so as not to stand out. He drove to work early so he could get a parking space ahead of everyone else and made sure he was at his desk with the spreadsheets open on his screen by the time his boss got to work.

It was Alex who came in habitually late, and often with her hair still wet or her clothes looking as though she had forgotten to iron them. But she was the type of girl who you forgave for these things, or perhaps even celebrated. She was disarmingly pretty, sure, and she was incredibly young, but she had made sure that she had made friends with the right office staff, from the grossly overweight accounting assistant who snorted as she disbursed checks to the rank and file, to the motorcycle messenger who managed to manipulate the schedules so that he hardly ever had to leave the office. The result of these friendships, characterized by quick questions on how their kids were doing, or how their sports injuries were faring that day, was that Alex could come and go almost as she pleased, with her tardy time cards dismissed with a wave and a conspiratorial raise of the eyebrows, and her personal errands completed without her having to get off her seat.

When she was not at her seat she was in Ben’s office, notepad in hand, presumably receiving his dictation in the shorthand she had learned at her exclusive Catholic school. It was such an exclusive education that nobody else knew how to read—much less write—that lost language, which largely looked like a bunch of nonsense on her notepad. Someone remarked that it looked like Chinese, but Jun knew a little bit of what Chinese looked like, and even felt like under his fingertips, from observing his mother play mah-jongg when he was a child, and from learning to read the etched tiles without looking.

To Jun, it seemed that his mother had never left the mah-jongg table all his life. There was a mah-jongg table even at his father’s funeral after he died of cancer when Jun was 12, and a table in every house they moved into in the lonely years that followed. But in retrospect, it was mah-jongg that had kept them, mother and son, from really being lonely. The clatter of tiles on the table, the idle talk and the counting of small winnings, and the happenings in the lives of her mother’s tablemates all made up for the large absence his father had left.

Across his mother was always Tita Chinggay, a dark-skinned woman who liked to distinguish herself as the most sophisticated of them, thanks to a husband of true Spanish lineage 20 years her senior who was always out of the country on business. On his mother’s left was always Norma, who forbade anyone to call her Tita, or even Auntie, and who always spoke of her children and grandchildren who lived in the US and who she had not seen, or even heard from in two decades. On his mother’s right was always Tita Baby, her high school friend, her maid of honor, her personal confidante, who was heir to vast tracts of copra and sugar and who could be counted upon to spot her some much-needed cash whenever she was in a tight spot. But in return for all this, Jun’s mother also provided the sisterhood Tita Baby needed.

In their early years together, Tita Baby would frantically pack her things as soon as she heard Tito Ben speed around the driveway to pick her up. She would smile feverishly as he honked his horn, explaining as she kissed the ladies and said her goodbyes that she and Tito Ben were trying for a baby.

The child never happened, although Tita Baby never seemed to lose hope, even when they were well into their 40s and their marriage had all but lost its early shine. By this time, Tito Ben had gradually picked up the effort of venturing into the house when he drove over, playing videogames with Jun, and even teaching him chess and backgammon. He went shopping with him for a suit to wear to his prom. He taught him how to shave, using a straight razor, and never against the grain, and knot his necktie, in a difficult old-fashioned four-in-hand that made both man and boy beam proudly after every successful effort. Later on, through his adolescent years, he regarded Tito Ben as his guide and his gatekeeper, advising him on what course to take in college, and giving him his unsolicited opinion on how to court a girl he was interested in, as well as how to break up with her once he had lost his interest.

It was only natural that a few weeks after graduation, Jun would seek employment at Tito Ben’s trading company, which he had set up using Tita Baby’s money. His arrival was welcomed roundly by the office staff. Tito Ben was a tough boss who had little regard for his employees, and who liked handing out personal loans and paid leaves to those he took a particular shine to, or who went out of their way to please him. As for the rest of the staff, they were relieved to see Jun as the rightful heir to the business, going as far as referring to Tito Ben as “tatay” and to Jun as “anak.”

Jun tagged along at every meeting and conference Tito Ben attended, and was a witness on every contract and memorandum of agreement. Soon enough, he had acquired a real presence at management discussions and deliberations.

But neither of them had anticipated Alex, who Tito Ben had hired a year before him as an intern while she was still in third year college, and then as a regular employee as soon as she graduated. During this period she had grown into the fullness of her womanhood quickly and unexpectedly well, her jawline suddenly delineating itself and lengthening her face, her cheekbones emerging out of the pools of her eyes, her breasts filling up her teenage blouses, her limbs stretching themselves out until her skirts and her dresses seemed precariously short and inappropriate. It was during this time too, that she had quickly and successfully established an untouchable position in the office staff.

Soon, Tito Ben’s obvious and undue attention toward her merely added to the suspicion, distrust, and direct animosity among the staff. As the accounts receivable piled up as a result of Tito Ben’s growing inattention and their account managers’ disdain, the requests for loans, leaves, and petty cash also piled up on Alex’s desk, unnoticed, and later on, ignored.

At this point, the staff had no recourse but to turn to Jun for help. They knew he had their ear; he was Tito Ben’s ward, but despite his affiliations he had proven himself to be useful to the firm’s operations, and even instrumental to their recent successes. The way he comported himself, manner of speaking, and even his style of dress had quickly earned him their respect. They begged him earnestly to knock some sense into his “tatay,” to show him that the business was something that sustained them all.

By this time, Jun, too, had felt ignored. He had begun to feel an absence he had been all too familiar with, in himself and at the center of his mother’s unchanging circle of friends at the mah-jongg table. Tito Ben had stopped taking him to meetings, preferring instead to bring Alex, who had developed considerable rapport with the customers. For her, Tito Ben bore an extra measure of patience and attention whenever she had a question to ask, or, later on, a suggestion to make.

When Jun entered Tito Ben’s office unbidden that day, it was all that he had expected: Alex reclining in the wide, flat couch Tita Baby had installed in his office just a week before, her head on his lap, his hands tenderly brushing the hair back from her face. Tito Ben looked up at him.

“Don’t tell your Tita Baby,” he said, bringing up a hard glint into his eyes, as if he were recalling to Jun in that hardness all the time he had invested in him. Jun had always been an obedient child; he understood Tito Ben’s presence in his life as a God-given second chance, not only for himself, but for his widowed mother.

Jun raised a hand and put it firmly on Tito Ben’s arm, the first time he had ever laid his hand on him, lifted him out of his seat and guided him toward the open door. Jun turned to Alex, who had seemed to shrink back into her clothes and her body, and had begun to resemble a little girl. He felt every lesson, every favor handed down to him by his surrogate father weigh down on him as a burden that he could only afford to repay with complete silence, and like a child he demanded of her the same. 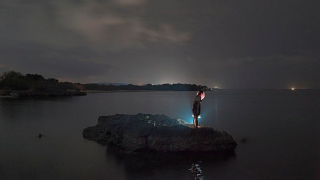 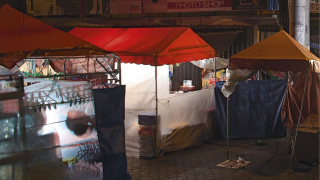