The biggest trailblazers of 2019 come together for a Party of Four.
CREATED WITH GLOBE
Nov 28, 2019
Shares
Share
Tweet

It’s Friday night, just a few weeks before Christmas. Traffic creeps to a slow, tedious crawl on the city’s thoroughfares. The temperature is cool and breezy, portending the possibility of rainfall. Nico Bolzico has just wrapped up work but isn’t about to go home yet. Instead, he is enjoying a glass of white wine as a camera crew, a harried creative team, and fastidious marketing representatives hustle to set up for a video shoot featuring the Samsung Galaxy Fold in Chingolo, the new restaurant that he co-owns with his brother-in-law Erwan Heussaff.

Actually, calling Chingolo a restaurant is a stretch. As Nico explains, it serves as a distribution point for the beef that he imports from Argentina, his hometown. You can buy premium meat here, including your preferred steak cuts—and in case you want to have it here, as well, Chingolo can cook it for you, serving the steak, with a side of salad or fries, in a small, hidden space behind the butcher’s counter.

Chingolo is still closed and, until the permits arrive, serves as Nico’s escape, the place to perfect the only dish that he knows how to cook: steak. Tonight he is showing off his cooking skills for an intimate party—joined by no less than five cameras rigged to counters and stationed around the bar.

At his table are three other individuals from different industries. There’s Michael Concepcion, a good friend and the renegade retailer who put up lifestyle shop Commonwealth and luxe eyewear store Ronnie and Joe. There’s Vanessa Ledesma, co-founder (along with her husband RJ) and COO of Mercato Centrale, the biggest and foremost food night market in the country. And there’s John Aguilar, founder and chief exponential officer of venture builder Dragon’s Nest and also president and founder of StreetPark Productions Inc., which produces reality shows The Final Pitch and Philippine Realty TV.

Then there’s Nico, himself. More than being one-half of a beloved showbiz couple with wife Solenn Heusaff, Nico is the founder of LM10 Corporation, a group of companies that focuses on technology-based agricultural projects in the Philippines with the long-term objective of contributing to the country’s food security.

It seems like a motley crew but this gathering makes perfect sense. “The fact that we’re all entrepreneurs and passionate about what we do is going to make for a great conversation,” says John. All are gamechangers in their own right, and were handpicked by Globe for this reason—who better to talk about reshaping the future with the Samsung Galaxy Fold? 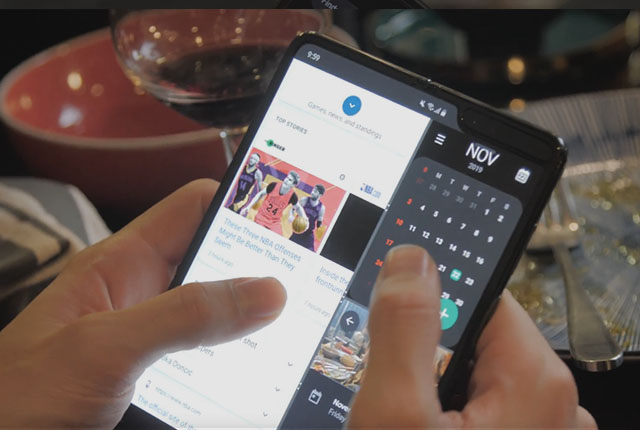 That everyone managed to make it is in itself a miracle, with all four working around fully-booked schedules outside of the four walls of their offices. “You don’t make a difference from the office,” says Nico. “You need to go to the field. And when you go to the field, you need to take the office with you.”

“It’s all really results-based—our businesses are centered towards that,” adds Vanessa. “We do most of our work in our own cellphones. It’s such a powerful tool.” The others are quick to echo their agreement, and it’s to no one’s surprise that many take quickly to the Galaxy Fold’s ability to display three separate apps at the same time as the model unit for this shoot is passed around the table. Being able to seamlessly switch between a phone and tablet in itself opens up a lot of possibilities, especially for those like Michael and Nico, who both like consuming media in all forms. 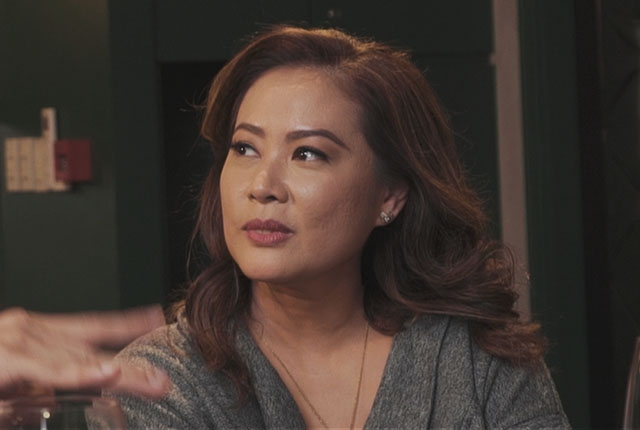 There’s a lot of talk of juggling work when the first secret drops—even before Nico fires up the grill. Vanessa confesses that she doesn’t cook often, or rather, doesn’t have the time to. But everyone points out that what she does—providing budding food entrepreneurs the chance to feed Metro Manila’s urbanites—is good enough of an alternative. For nine years, Mercato Centrale has been giving food entrepreneurs their shot at launching their very first food business in four different commercial locations across the city: Bonifacio Global City in Taguig, Glorietta in Makati, Ayala Malls Manila Bay in Parañaque, and ArcoVia City along C5 in Ortigas.

As food business incubators, Mercato Centrale has reshaped the way Filipinos market and consume locally produced food. So many of these small food entrepreneurs have potential that Vanessa and her husband RJ are taking their vendors to the next step. “What we’re focusing on now is to ‘graduate’ our vendors. Mercato Centrale is now also into food investment,” Vanessa reveals. “We have a pool of food investors looking to find the next big food entrepreneur. We are truly a platform upon which aspiring food entrepreneurs can launch their business and then grow it on a national level, too.” 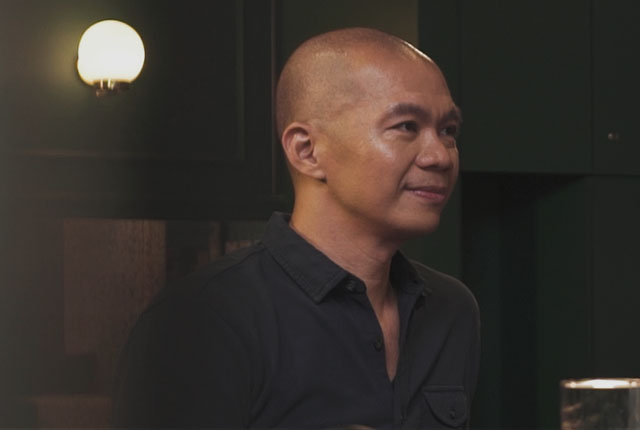 Similarly, John is in the business of granting opportunities to micro-businesses. The Final Pitch has helped SMEs and tech startups fund and scale up their businesses, while his latest venture Dragon’s Nest aims to boost the Philippine startup business in a completely different way.

“Venture building presents a new business model by which to scale startup companies,” he explains. “We don’t work with existing startups. We are not incubators or accelerators that startups go to for help. A venture builder, otherwise known as a startup studio, builds startups from the ground up. We will be partnering with conglomerates, who will co-own these ventures and provide funding.” Later on, an experienced CEO will be appointed to run the enterprise.

“With a venture builder, a startup company will have funding right from the start and will also benefit from the support system of some of the most brilliant minds in the industry,” he adds. John goes on to say that while corporations will be involved in terms of funding and providing access to data and resources, these startups will be given the freedom to run their own companies.

John’s end goal is simple: to make the Philippine startup scene global. And he truly believes that the Filipinos’ creative talent, our penchant for storytelling, and our innate resourcefulness can make this a reality. He says, however, that some Filipinos are not as competitive as they should be. “For all intents and purposes, there’s no reason why we should not be aggressive. We have the talent and the skill. But I think, culturally, because we’ve always been colonized, we’ve always been used to helping other companies in what they’re doing,” he says. “We have that service culture where we’ve never really been taught to lead and to initiate, and that’s what we’re trying to change.” He gestures to Michael as proof of that change. 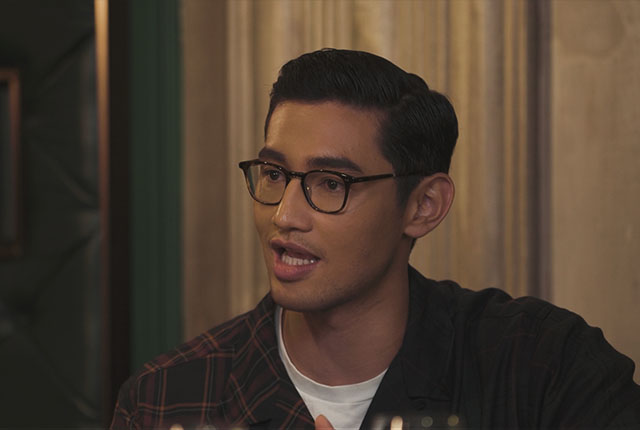 Michael, at 28 years old, is part of a millennial generation with a can-do attitude and a global mindset. “I never grew up thinking that we were sort of a lesser version of ourselves,” he shares. “I never said, ‘Hey, we have something to prove.’”

When he opened Commonwealth, he had every intention of building a multi-brand store that would “live among the set of the best stores in the world.” Commonwealth is on its way there, collaborating with world-class brands such as Adidas to produce and sell a shoe created by Filipino designers. “The Internet is a great equalizer,” he says. “And it is made us all part of this global conversation that whenever something's happening in Japan or New York, we're participants in that.” 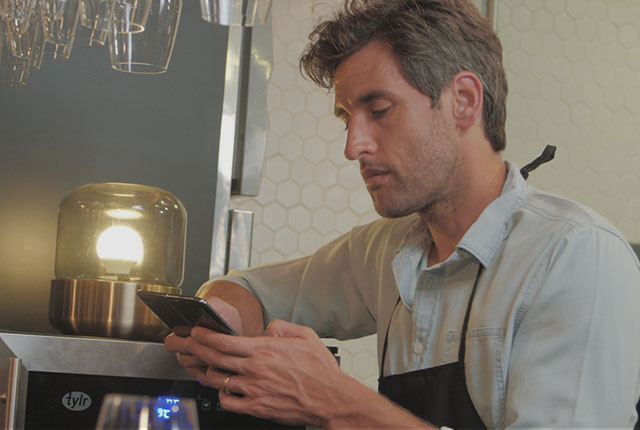 The potential and talent of Filipinos is something that Nico agrees with. “You have the greatest people in the Philippines,” he says from behind the grill. “People are always smiling and have a positive vibe. There is so much love and positive energy that it feeds you every day.”

And it is this energy and the boundless love that the Philippines has shown him that drives him to help in the country’s development. “We work with farmers, suppliers, feed millers. We work with genetics for cattle, fabricate equipment for local produce,” Nico explains. “We’re trying to help Filipino producers to be more efficient, produce better breed and meat.” LM10 does this by improving cattle genetics through artificial insemination or embryo transfer.

“We want to contribute for the Philippines to be self-sufficient in terms of food,” he explains. “The dairy sector imports 99 percent of its products. Only one percent is produced locally, and we think that can grow to 30 percent. Same with high-value crops. These can be produced more locally. I believe the Philippines can be more efficient in the way it plants corn and rice. There are still a lot of inefficiencies with planting and the post-harvest process so we hope we can help with that.”

There were many other things discussed over medium-rare steak and New Zealand wine that night: how Vanessa’s Mercato Centrale has given rise to the Mercato Academy, which will provide their vendors with training on how to “become more scalable, more marketable, and more franchisable,” and a franchise app that can assist people who want to enter the local food business; how John plans to create another TV show, The Venture Builder, which will document how Dragon’s Nest will be pitching the concept of venture building to conglomerates; how Michael is “obsessed with creating experiences and concepts that immediately just enrich the city" (he’s bringing in famed skincare brand Aesop next year); how Nico wants to make the local agriculture industry greener by turning feather meal (a byproduct of processing poultry) into viable economic feed.

People call them game-changers, but John has another term to describe what they are. “One of my professors, back when I was taking my masters, called me an ‘impresario,’” he says, “someone who is good at aggregating resources and convincing people of the merit of ideas. Someone who is able to get people to believe in his vision, and eventually translating that dream into something tangible.” In their own way, Nico, Michael, Vanessa, and John are impresarios, using their out-of-the-box visions to give flight to other people’s dreams. 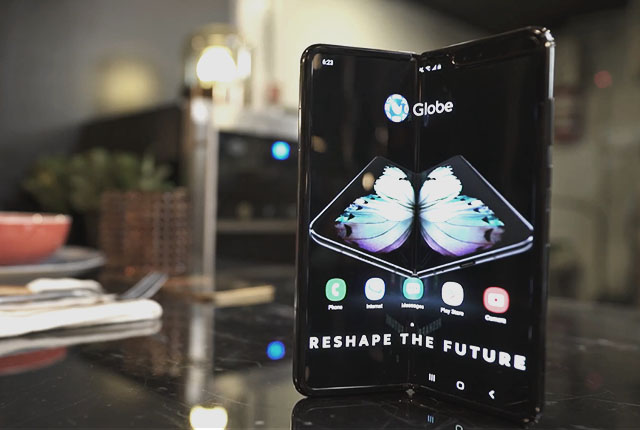 And just like how these four trailblazers have reshaped the future for their respective industries, the Samsung Galaxy Fold has changed the game for smartphones and pushed the limits of what they’re capable of. A phone and a tablet in one cutting-edge device, this phone can use up to three apps simultaneously, take amazing photos with its six pro-grade cameras, and has 12GB of RAM for intensive multitasking. It is the perfect partner for anyone with a thirst for innovation and change—not just for themselves, but for the world around them. The limited-edition Samsung Galaxy Fold is available through Globe, and you can learn more about it on the Globe website.