There’s hardly anything like it on local TV today. 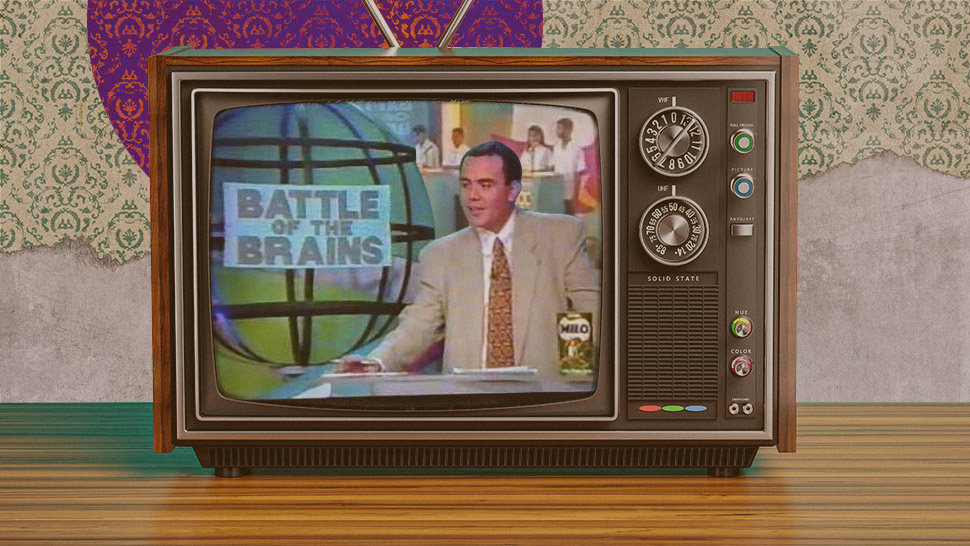 If you grew up in the 1990s, you probably know about Battle of the Brains. The television quiz show program was the closest the Philippines had to the long-running Jeopardy in the US. The show featured students competing in three levels—grade school, high school, and college—and answering questions in five subject areas: Science, Math, History, General Information, and Arts/Literature. As TV quiz shows went, it was in a class of its own.

Legacy of Battle of the Brains

Unlike other game shows, the entertainment value in Battle of the Brains wasn’t in making fun of people trying to answer ridiculously easy questions; it lay in the attempt of trying to answer the questions ourselves as viewers and measuring our own smarts against the contestants. The questions were mostly academic, or things you would normally learn from school at whatever level you were at, and were vetted by a panel of experts from reputable institutions of learning in the country.

The format was pretty straightforward—there were no gyrating half-naked dancers, the host wasn’t a loudmouth comedian who mocked contestants for giving the wrong answer, and the objective wasn’t so much winning the prize money as bringing honor and pride to their school.

Battle of the Brains ran initially for seven years—from 1992 to 1999—on RPN Channel 9, before moving to PTV Channel 4 during its final season from 2000 to 2001. Throughout its entire run it was hosted almost exclusively by David Celdran (except in a few cases when he was unavailable and guest hosts would take over). It’s become a cultural touchstone that it was parodied by a gag show (Battle of the Brainless on Tropang Trumpo) and has become something of a modern Filipino TV classic.

Although it inspired a few other similar shows in later years, there hasn’t been another quiz game show quite like it since it went off the air. In fact, game shows in the caliber of Battle of the Brains have all but disappeared from local TV. There are game segments on noontime variety shows, but there aren’t a whole lot of dedicated game shows being produced on TV these days, and certainly not in the same format and quality of Battle of the Brains.

Is it a reflection of the TV viewing tastes of Filipino households? A cursory look at the local television landscape today reveals that our penchant for local soaps and imported drama programs is showing no signs of waning. There are some talk shows, live variety shows, animated programs for kids, and a handful of educational and magazine-type programs. That’s about it. For anyone looking for more “variety” that’s not packaged as a noontime song-and-dance show, they’d basically have to go on cable, YouTube or streaming sites like Netflix or Amazon Prime. Local free TV is a wasteland of sameness when you take a long, hard look. (It doesn’t help that one of the top two broadcast free-TV networks is no longer airing, but that’s another story).

There’s a reason for that, of course. As private enterprises, broadcast networks invest in programs that more people watch because those attract the most advertisers, which then bring in the revenues. It’s business. Understandably, it’s tough to bet on something untested when it involves production budgets that run into the millions of pesos.

There are over 100 million Filipinos today, and, yes, odds are that a vast majority of them prefer their TV shows simple and uncomplicated—soaps and drama series where the characters are either relatable enough that they could see themselves or someone they know in them, or fantastic enough that they offer an escape from the mundanity of everyday life.

But I can’t help but long for the days when the powers-that-be in local broadcasting believed that there were TV viewers who would be willing to tune in to a program that uses just a few more brain cells than it takes to lift the remote control and turn the TV on. Surely there is a segment of the population who could appreciate something other than your everyday, run-of-the-mill teleserye. No this isn’t a put-down on teleseryes, but a desperate plea for something more in local TV programming.

Why we should bring back Battle of the Brains

If we’re looking for more variety, why not a game show like Battle of the Brains? The arguments for such a format seem solid enough: school spirit is alive and well (see: NCAA and UAAP), so there's a sure audience for it. I mean, you can bet currently enrolled and alumni of competing schools in a new version of the game show are going to be tuning in. Production should be easy enough: you just need a studio, a competent host, and dedicated writers and researchers to formulate the questions. And just like how the original Battle of the Brains was almost 100-percent sponsored by a single advertiser (Uniwide Sales Inc in the original run, and AMA Computer College in its revamped version), perhaps that model could be adopted in the reboot.

True, it doesn’t even have to be on a major network. An enterprising producer could choose to air it as a web series, or even shop it around local and international streaming sites. There are multiple avenues for broadcast content these days. But the point is to make it as accessible to free TV audiences—many of whom probably do not have regular access to digital streaming services or even internet—as possible. Which is why it would be a big deal if a new version of a show like Battle of the Brains would be broadcast on a free TV network.

In the interest of full disclosure, perhaps the reason I feel strongly about this is because I was a contestant myself on Battle of the Brains in the 1990s. Along with a teammate, I represented my high school and managed to win the Weekly round before going down to another team in the Monthly round. I don’t have the best memory about my experience there, but I do remember some of the questions I managed to answer: something about an ancient Incan method of record-keeping (answer: quipu); the author behind the classic Hardy Boys mystery series (answer: Franklin W. Dixon, which I have since discovered is actually the pen name used by many different authors); and being asked to complete a line of a Robert Frost poem (answer: And miles to go before I sleep), just to name a few.

I may not remember much about being on the show, but what I do remember is how much I enjoyed the thrill of competing and how it instilled in me a love of learning that I’ve since carried well into adulthood. I’ve become a fixture at local bar quizzes (pre-pandemic), I binge-watch Jeopardy on Netflix, and basically live for little pieces of trivia and pockets of knowledge. Battle of the Brains started it for me and I imagine I’m not the only one it has managed to influence and inspire over the years. Today’s generation of young people are missing out on experiencing a similar thrill because there’s hardly anything on free TV these days that would challenge them mentally. It’s for that reason that I think it’s time Battle of the Brains (or something like it) is brought back. 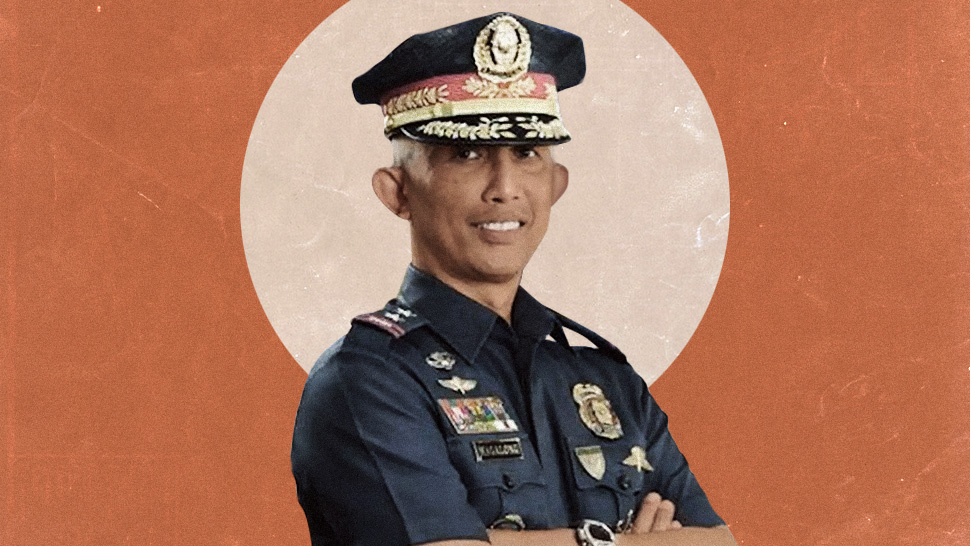 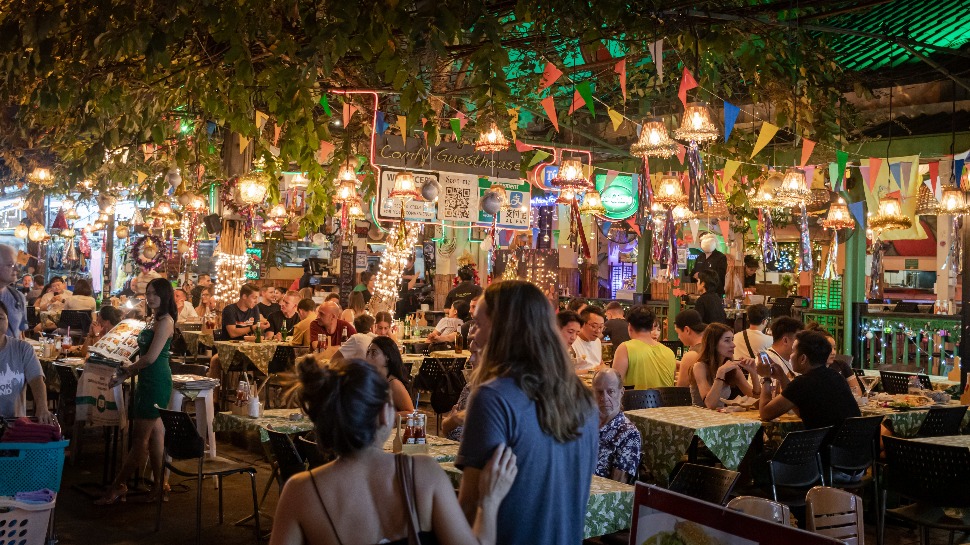 Brace Yourselves: We're Going to Be Seeing a Lot More Health Protocol Violations
All Photos
Comments
View As List