A passionate argument against internalized bigotry by a career sportswriter.

AS a boxer who was without equal, Manny Pacquiao united Filipinos from all over the world with the power of his punches and the overflowing national pride stirred by his victories. As a politician, he tears us apart by the carelessness of his words and the recklessness of his actions.

Pacquiao has largely been forgiven, even tolerated, for his cringeworthy comments on a number of national issues. But the champion boxer just keeps stepping in and taking a stand that inevitably divides us.

Days ago, officials in a basketball league Pacquiao owns (eponymously named MPBL) enforced a rule limiting teams to only one Fil-foreign player who could be no taller than 6-foot-4. Meaning, any passport-bearing Filipino player with foreign blood, whether born here or overseas, has to fight for that one spot open in each of the MPBL's 26 teams. Additionally, should this Fil-foreigner happen to have been sired by a tall dad and had grown a shade over 6-feet-4, sorry na lang siya. That's it for him! 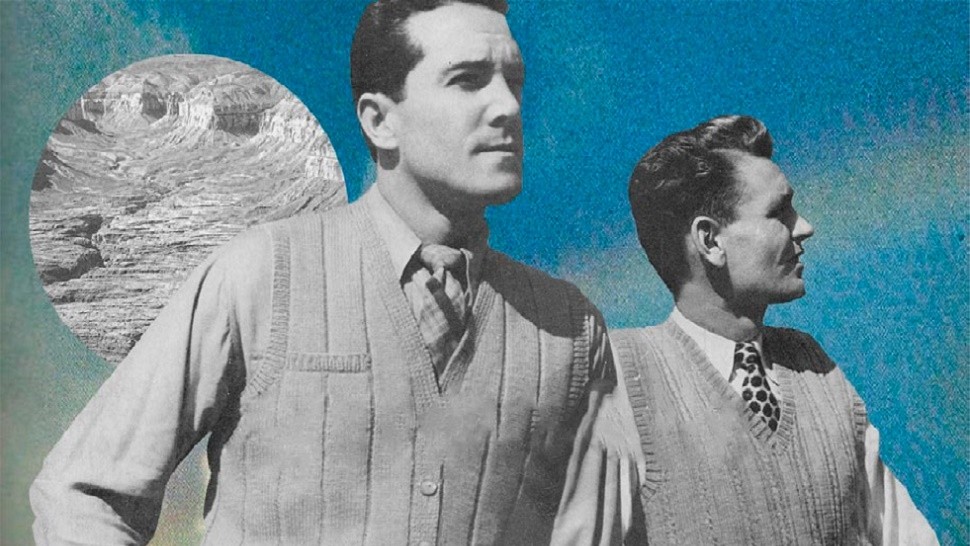 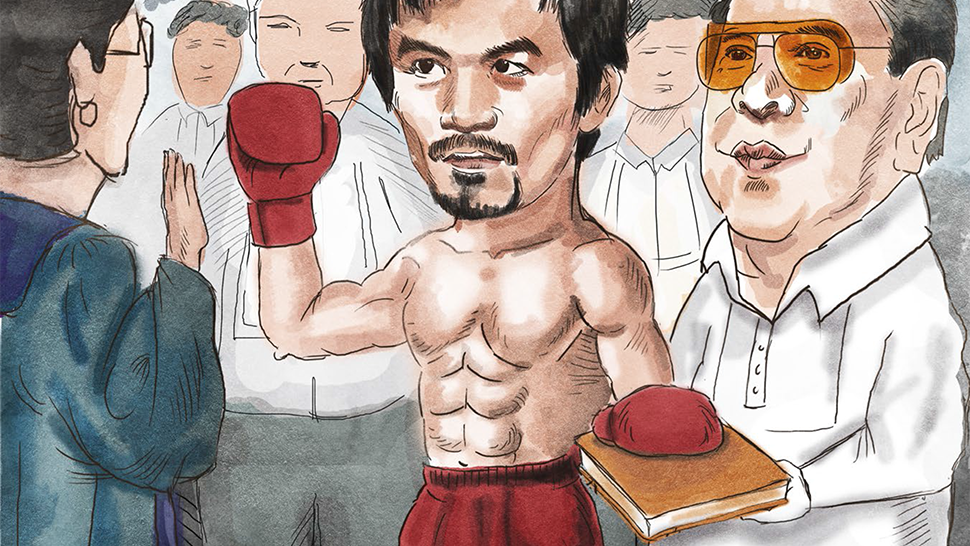 Days ago, officials in a basketball league Pacquiao owns (eponymously named MPBL) enforced a rule limiting teams to only one Fil-foreign player who could be no taller than 6-foot-4.

You'd think a two-term lawmaker and now senator of the Republic would be first to recognize that such a rule is plainly and simply discriminatory and would knock some sense into his minions' heads. Unfortunately not.

Pacquiao not only stood by the rule but also justified it in the most insensitive manner, saying it's only right to keep out these players because "nasasapawan ang mga Filipino," as though these Fil-foreigners weren't Filipinos.

Fans of both Pacquiao and the MPBL were quick to leap to his defense, saying the senator was only looking after the welfare of homegrown players with little chance to shine in a PBA teeming with Fil-foreign players. Besides, they crow, he owns the league and has all the right to enforce whatever rule he fancies.

His league, his rules, right?

No league, amateur or professional, big or small, can impose rules that trample on people's rights. Fil-foreigners, if Pacquiao bothers to read the constitution that he as senator has sworn to uphold, are guaranteed the same rights as every citizen of this country.

As for his belief that keeping Fil-foreigners out of his league can spur the development of homegrown players, Pacquiao needs only to be reminded that he couldn't have become tough enough to beat Dela Hoya and Cotto and Hatton had his handlers taken the same myopic attitude and cherry-picked his opponents early in his career.

It's time we stop the double standard when it comes to Fil-foreigners. We can't keep rooting for the Jasmine Triases then disown Fil-Ams in the next breath; we can't keep hoping to see Jordan Clarkson play for our national team yet bar Fil-foreigners from our own leagues.

I've been a sportswriter for three decades, and wherever this job has taken me, there have always been Filipinos happy to see a fellow Filipino. Yet I know that these countrymen, wherever they are, inevitably deal with discrimination, in some form or degree, and bear these silently.

No league, amateur or professional, big or small, can impose rules that trample on people's rights. 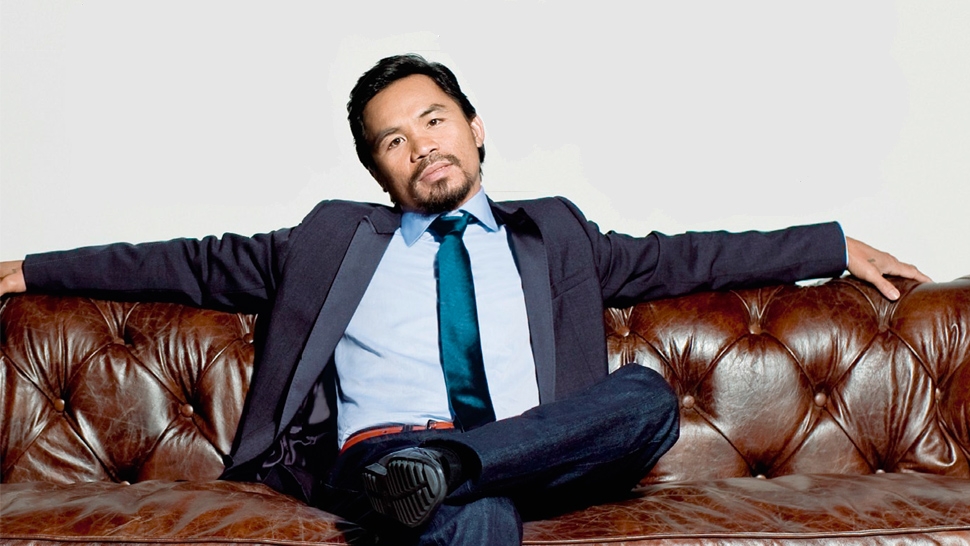 That explains why the most ardent Pacquiao fans are likely based overseas. Because, by cheering for the legendary Pacman as he beats the crap out of every foreign opponent, our foreign-based kababayans are, in fact, rooting for Pacquiao to win their battles for them.

I myself lived and worked in Hong Kong for seven years, and one of my proudest moments there came in 2009 when I giddily walked inside a newsroom filled with British workmates, the afternoon after Pacquiao knocked cold a feared brawler from Manchester named Ricky Hatton.

But I, too, have seen discrimination against our kababayan in a foreign land. I know how it feels. It makes you angry. It diminishes your faith in people. It tears at your soul.

I can only imagine the hurt that a Fil-foreigner feels when he is discriminated against in his own land. 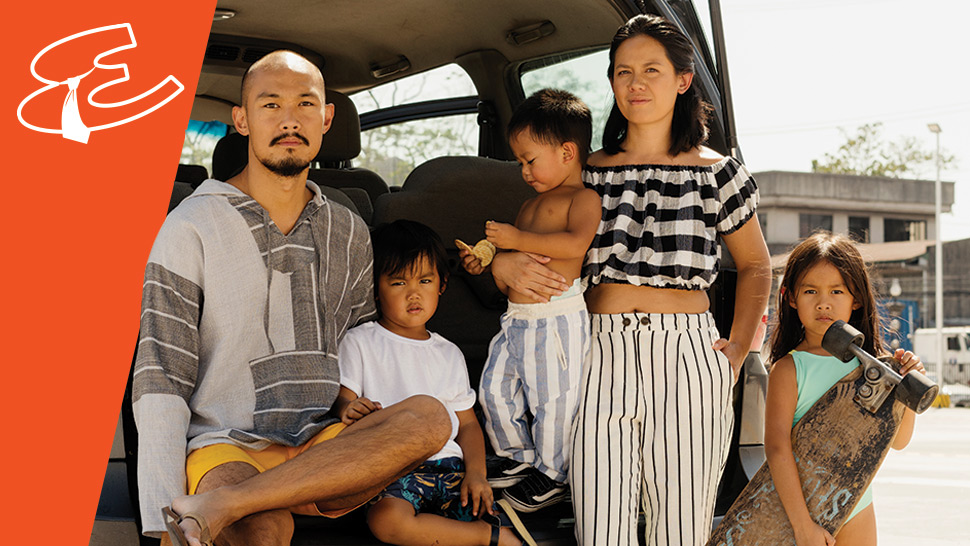 In Our Family, Dad Does Not Get to Sit at the Head of the Table