Being a bad guy isn't a crime under Philippine law. That's a problem for everyone.

Men haven’t had a good week in the Philippines. On Wednesday, the indie music industry was rocked by online accusations of rampant sexual misconduct. This was followed by a woman coming forward to accuse an artist of assault, along with the resurgence of yet another accusation from earlier this year, this time against a photographer.

Somewhere in the midst of that frenzy, it’s also been pointed out that most of what’s happened is not, legally speaking, a crime.

“I don’t want to talk about the cheating—that’s a personal matter. But ‘sexual harassment’ is being thrown around so much, and that’s not what happened," says the manager of one of the bands named in Onday's Twitter thread. Speaking on the condition of anonymity, he continues, "‘Sexual misconduct, maybe, but as for harassment, our laws define that as happening in the workplace and in school situations.”

Of course, that does not absolve the alleged perpetrators of all wrongdoing, which some of them have acknowledged—in varying degrees—in their apologies.

On the one hand hand, women have been more vocal in reporting cases of sexual harassment, perhaps drawing on the momentum from the Harvey Weinstein case—a positive development all around. On the other hand, all this seems to be happening online, and only online, absent of any real legal action that could give the accused a chance to properly defend themselves. And so the conversation has now turned to the so-called "call-out culture" online—revealing the gaps in our laws and in societal discourse on sexual politics.

For starters, let's talk about the law. The Anti-Sexual Harassment Act of 1995 (Philippine Republic Act 7877) declares sexual harassment illegal in the "employment, education or training environment"—and only in those settings, and only when done by persons in authority. Harassment perpetrated by peers and by strangers is not covered by the law (except in Quezon City, where that is covered by an ordinance).

Instead, "sexual misconduct" is the catch-all term for everything that doesn't fall under the narrow legal definitions of sexual harassment. In the fallout following Onday's Twitter revelations, many other accusations have come to light—some of them alleging incidents that fall under the definition of sexual assault, while others fall into the gray areas.

Not the man's finest moment, to be sure. Strictly speaking, however, his actions were not criminal, though the band's subsequent apology acknowledges wrongdoing. "A lot of people don't understand what counts as violence," says Aissa Ereñeta of advocacy group Grrrl Gang Manila. "Violent rape most people understand, but there are so many other acts that people don't see as constituting violence or harassment."

The gaps in our laws fail not only the victims, but also those who stand accused, depriving them of the right to a fair trial. It's a dilemma that we're only beginning to come to grips with: "Legit question: how do you balance the need for call-out culture and a person's right to due process? How do you not discredit a claim without, at the same time, prematurely declaring someone else's guilt?" asked Twitter user @HarvsCount.

The gaps in our laws fail not only the victims, but also those who stand accused, depriving them of the right to a fair trial.

Unfortunately, social media and the court of public opinion is often where the entirety of the cases play out. "Call-out culture comes from a place of desperation. It isn't something marginalized people do for fun or attention, it's often their last line of defense," says Ereñeta. Furthermore, she points out, that while there is the danger of innocent men being accused, "Statistics show that most women don't lie about sexual abuse. chances are great that the allegations are true. The mere act of speaking out is terrifying and survivors put themselves at risk by doing so."

"I think it's a misnomer to call what women are doing 'calling out' when they talk about their experiences. For so long, the onus has always been on women. They've always borne the burden of proving that they were raped or that assault happened," says Earnest Zabala, who used to be a band manager and who is also a member of Grrrl Gang Manila. "Now you have a situation where suddenly women are believed agad-agad, and I welcome that. About time."

And yet, speaking out on social media doesn't resolve anything, as the unfolding events have shown. Not all those accused in the original thread have admitted to wrongdoing, which suddenly puts the situation at an impasse.

Lacking further legal action, it becomes reduced to he-said-she-said. "The difference between the Weinstein allegations and this one is that the accusers have made official statements, and I hope that happens in this case, too. There are organizations out there that can help with counseling or legal advice. What we don't want to happen is that this turns into a witch hunt where people are only accused and tried on social media," said indie musician and lawyer Vin Dancel in an earlier interview.

The first major step in the right direction is the bill filed by Senator Risa Hontiveros that seeks to greatly expand current anti-sexual harassment laws. Though the bill, titled the "Safe Streets and Public Spaces Act of 2017," focuses on harassment in public settings, it does broaden the definition of harassment to include:

(The policy recommendations by the Philippine Commission on Women wants to push the definitions even further, in fact.)

ADVERTISEMENT - CONTINUE READING BELOW
The rise of call-out culture is far from ideal—but so is the state of gender inequality in our culture, of the rampany misogyny in many circles. What should we be working toward? "A system that works to protect women and addresses violations," says Ereñeta. "If we had that, women wouldn't need to resort to this. They would file a case and they would be given the justice they deserve. Or they wouldn't have to deal with this in the first place because we'd be a more enlightened society about what is unacceptable behaviour."
Shares
Share
Tweet
Comments
View More Articles About:
sexual harassment
arts and entertainment
sexual politics
Sex
More Videos You Can Watch 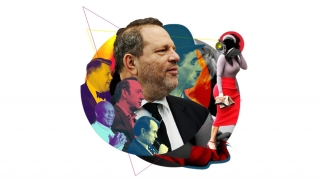 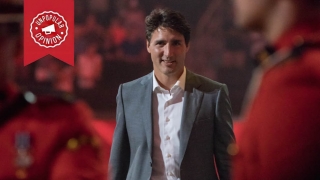