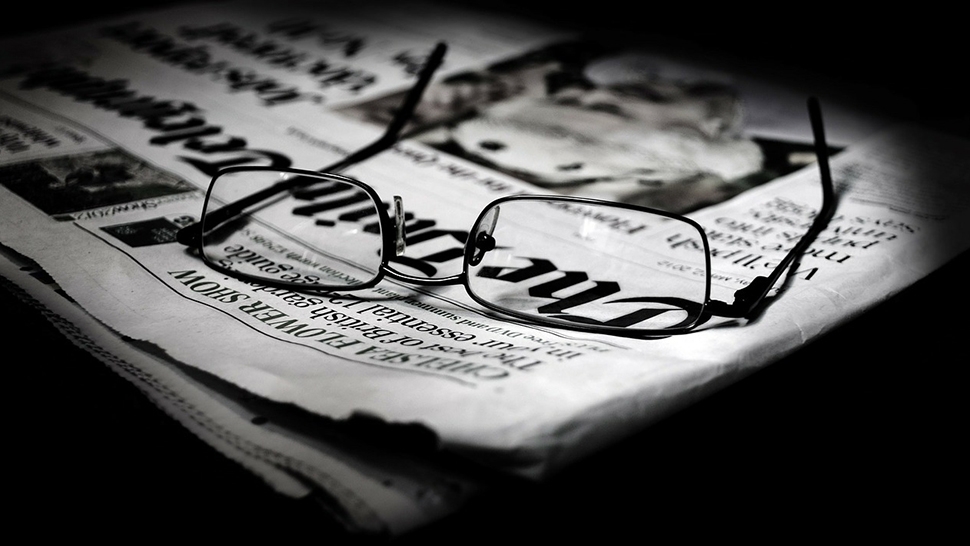 My sister and I grew up in newsrooms. Our summer vacations from school were often spent on unpaid “internships” at wherever our dad, a lifelong radio man, happened to be working. We would linger at breakfast in the clothes we’d slept in, glumly facing the prospect of a day spent at home doing nothing exciting, battling the stifling heat in our small apartment in Cubao.

We would bolt from the table to shower and change, and were often ready before he was. Papa was a quiet, laid-back man. He liked to take his time, and he liked his morning rituals, from which he always emerged clean and handsome and smelling of aftershave.

For a few hours each morning, my sister and I worked in silence, at simple desks in an air- conditioned room brightly lit with fluorescent tubes. When the teletype machines chattered to life, we knew something big, something significant and momentous was happening somewhere else. We would spring to the tiny, glass-enclosed room where the machines were kept, eager to find out what that something was. I knew what a dateline was before I even knew my home address. Datelines sparked my curiosity about the world. Where was Cairo? How far was Guyana from Cubao? How do you pronounce Phnom Penh?

Still, kids will be kids, and there were days when we could not sit still. My sister would put down her ruler and urge me to explore the rest of the building with her. We would wander down cold corridors, peep into soundproof booths where broadcasters were speaking into microphones. If Papa happened to be in one of those booths, we would try not to make ourselves visible in the viewing window so he wouldn’t be distracted. We learned early how to wait for the red ON AIR sign to go off before opening the heavy, cushioned doors.

Always, a sense of something important happening behind those doors: a voice floating out of a box into the wider world, bearing a message that for one reason or another, people needed to hear. 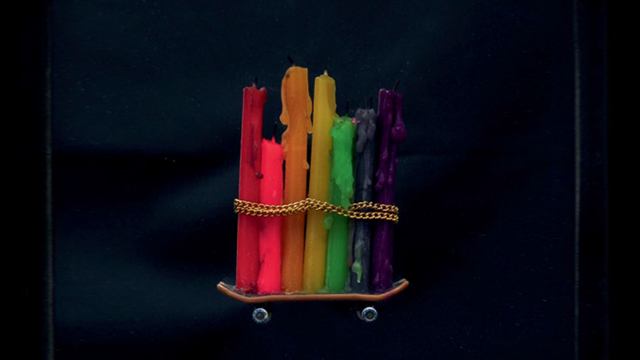 When I left university, I didn’t go into broadcasting, “the family business” that at one time or another had employed my father, mother, and sister. I was recruited to join a government intelligence agency, where I would work for the better part of a decade. The first four years would be among the best of my working life; the next four or five, among the worst. After a long period of disillusionment there, that I began to think about what else I could possibly do with my life.

“Do TV work. Kahit part-time lang muna,” my sister suggested. I did.

I reckon I’m now working in the eighth newsroom of my media career. I’ve seen good journalists and bad, learned from some of the best. I’ve met and worked with three kinds of journalists.

There are the daredevils, the ones who live for the scoop, who thrive on the adrenaline of the breaking story and the exposé.

There are the working stiffs—the ones who keep newsroom operations humming, the ones who man the desks and assign the reporters and vet the stories and put out the paper or the show. They become, by virtue of turning up to work every day and knowing how stories evolve over months, years, decades, the institutional memory of the newsroom. They know how many times North Korea has tested nuclear weapons, the history of the troubles in Mindanao, which politicians are linked to what scandals. They understand context and nuance, and are vital to setting editorial direction and policy.

And then there are the sons of bitches. You can usually recognize them by the quality of the work they churn out, and the way they treat other people. Very often they see journalism as a kind of stepping-stone to something bigger and more lucrative, parlay their profession, visibility, and influence into celebrity or politics.

My dad was a working stiff, trying to pay the rent, put food on the table, put two girls through school. In those days, broadcasters didn’t build personality cults, didn’t rack up product endorsements like Friday night beers at a neighborhood bar. There was corruption, sure—I was just a child when I first heard the word payola. But the scale was different, the stakes smaller, or maybe it just felt that way, listening to my dad’s stories, being exposed to that world so young. Perhaps I’m being naive and seeing the past through a filter too soft for objectivity.

After Martial Law, when the network he was working at was closed, he struggled to find steady work. There were times when my parents didn’t know where to find the money for school and rent. It took three of us working stiffs to finally buy a home for our family after more than 20 years of saving.

My father was just doing his job as an anchorman at Radio Veritas in August 1983, when Ninoy Aquino was assassinated and precious few media outlets would give a clear account of what had happened. He was just doing his job when Veritas covered Ninoy’s funeral, when the 1986 Snap Election was called—what someone has described as the last election Marcos would attempt to steal. And when the tide of history turned on that stretch of EDSA, he and his colleagues continued to do their jobs, reporting developments as they happened, and always appealing for calm from all sides.

They were rewarded for doing their jobs by having their transmitter bombed. Then, in the middle of a sleepless night and endless decades of the Rosary, my father told us over the phone that the regime’s forces would probably come for the studios next. 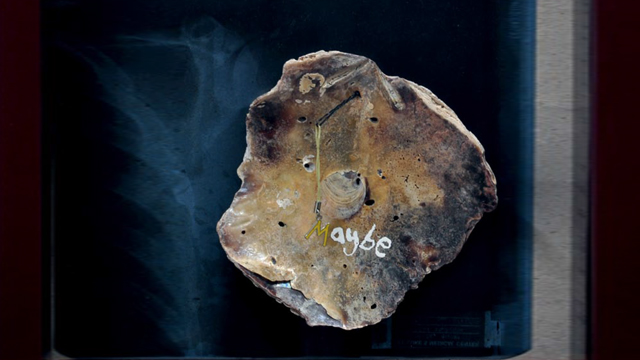 Papa is gone now, has been for nearly 20 years. I think of him often lately, especially now that the country’s new president seems to have adopted such an adversarial stance against the media. In an interview in May he said most journalists killed in the Philippines are corrupt, on the take. Ergo, they probably deserved what they got, and should have known they were not exempted from assassination if they were sons of bitches. “Kung journalist ka na tama, wala namang gagalaw sa iyo, especially if it is true.”

I think he couldn’t be more wrong, and I would like to believe that he knows it. More often than not, it’s when a journalist merely seeks and tells the truth—especially the truth about the misuse or abuse of power by those chosen by the people to wield it—that his life is endangered.

Mr. Duterte has since backtracked, after drawing anger and condemnation from journalists’ groups, rights groups, even the UN Secretary General himself, who slammed “his apparent endorsement of extrajudicial killings... [as] illegal and a breach of fundamental rights and freedoms.” Through his spokespersons, the president-elect he says he has never condoned the killing of journalists, regardless of motive. They say his statements were misquoted, misinterpreted, misunderstood.

So many misses. And yet didn’t we hear those very words coming out of his mouth, recorded by several video cameras? Did we also mishear? In a Facebook post, a Duterte supporter described him as a “high-level thinking mastermind,” coolly playing mind games and running circles around the journalists covering his every word and move. There’s a part of me that almost hopes this is true, because the Occam’s razor alternative is too disturbing.

In its response to Mr. Duterte’s controversial remarks, the Center for Media Freedom and Responsibility said 152 journalists have been killed in the country since 1986. I wonder then, were they all sons of bitches? All on the take? All deserving of what they got? And by what standard, by whose judgment? Can we set those standards in black and white, for all to see and understand, so that when the next journalist is killed we will all know for certain that he or she deserved it, and move on with neither grief nor anger, and nary a backward glance?

I wonder, too, how might my father have fared under this new atmosphere? Would he have been marked a son of a bitch simply for doing his job? Would I lose him, not to the cancer that eventually took his life, but to some hothead with a grievance and a gun?

I’m glad I never have to find out.

If there’s anything I’ve learned from a life spent in newsrooms, it’s this: history shows us that whenever a leader’s vision or policies are inimical to the fulfillment of duty or the exercise of conscience by a country’s journalists, it is ultimately the people who suffer.

We hold the powerful to account for their actions, but it is equally important to hold them accountable for their words. Because words have power, and the words spoken by the powerful have a power unique in themselves. Some have the force of law, of course; others have the power of influence.

Whether he is talking about media killings, or the Philippines’ relationship with China, or the rape of a dead missionary, Mr. Duterte’s words are exactly those kinds of words.

It is not for nothing that some journalists’ groups here and overseas have said he has “declared open season” on journalists. He may have denied this through his spokesmen, but he has not come out to deny it himself, has not allowed us to see that denial spring from his own mouth. That omission, too, has power. Whether he likes it or not, he has planted a seed of doubt, of fear, and most worryingly, of license, that the rights of journalists—which are the inalienable rights of every human being, by the way—end where anyone’s grievances against them begin.

And that is a dangerous seed to plant in a nation that aspires to be free and democratic, however problematic that freedom, however flawed that democracy. For how do you un-plant a seed, once it has taken root?

This originally appeared in our July 2016 issue. 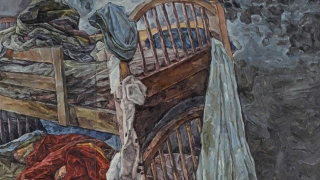 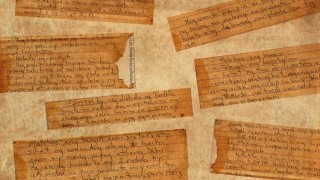 Inside Bilibid (2/3): Death and Freedom
All Photos
Comments
View As List