When Did 'Quality Movie' Become a Thing?

I remember when there were only good movies and bad ones. 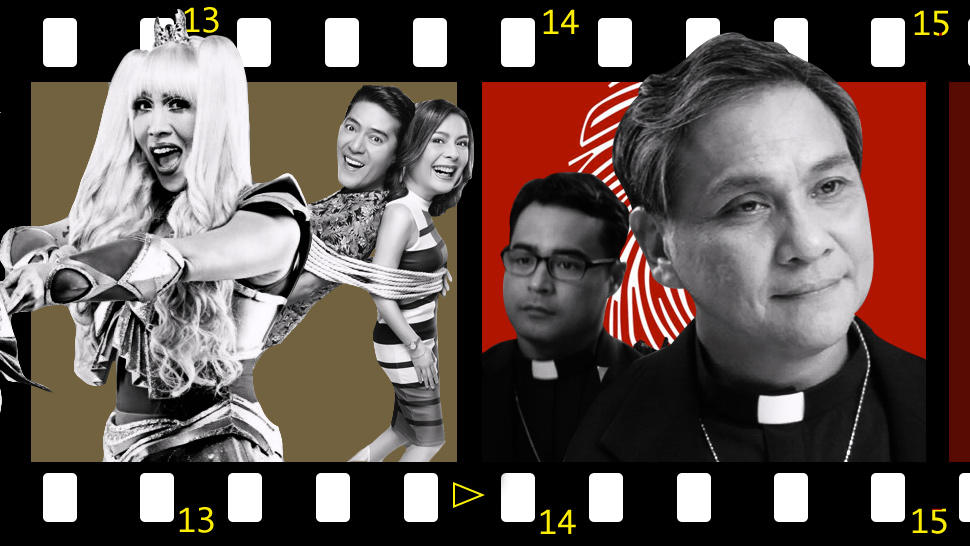 Over the past few weeks, as reviews and posts on the MMFF films—and the festival itself—cropped up on social media, a weird new term found itself being bandied about: "quality movie".

Or maybe the term had long existed but I hadn’t really considered it, until it had reached the kind of critical mass that’s often required of these social media items these days before they attain the kind of truthiness that people (‘netizens’, I hear they’re called now) find absurd refuge in.

But then again, I remember that venerable tagline “If It’s From Seiko, It Must Be Good.” Back in the '80s, that phrase came with every movie ad and poster from film studio Seiko Films, and that was enough to describe the film they were advertising and capture the desires of the Filipino audience: all we wanted were good films, whatever they were.

Enter the idea of a “quality film,” which may or may not have been derived from the idea of that Seiko Films tagline (but I doubt it because hey this is the internet and no one really cares about the past anymore). Anyway I first encountered the term in the comments section of a less-than-positive review of one of the MMFF contenders. The commenter, in so many words, defended the film by saying “hey, it’s a quality film, so consider that.”

And I could almost hear the rest of the commenters below it—simply by looking at their tiny thumbnail photos—exclaim, like a full Greek chorus: “oo nga naman!”

I’m trying to think now if I can apply this concept to other everyday things, and I think it mostly works. Though I have fewer pairs of shoes than most people, I’d like to think they’re all quality shoes and that I didn’t waste money on non-quality ones—even the ugly pairs (square toes—what the hell was I thinking) have lasted longer than I would have wanted them to, and today they sit in my closet waiting for me to bequeath them to my least favorite grandchild. I am in possession of some quality books, but there are some that fell apart along the binding (incredibly called "perfect binding" in the industry) after one reading: Butch Dalisay’s Penmanship (first edition) and Ricky Lee’s Salome/Brutal come to mind.

I have eaten a lot of low-quality food, though: what immediately comes to mind is that sushi roll presented to me a long time ago at a hole-in-the-wall Japanese restaurant whose sushi chef was on sick leave; the result looked like the ancestor of the modern-day poke bowl, except there was no bowl. It tasted good though—like a pretty good poke bowl.

The Last Jedi was a quality film; Smaller and Smaller Circles was a good one

What I’m trying to say is that the idea of a ‘quality film’ seems to have deftly wriggled out of what otherwise ought to be a broad and mature understanding of movies by the average Filipino viewer, especially considering that our film industry is one of the oldest in the world, and at one time one of the most prolific, and today one of the most celebrated.

I’m not talking about the MMFF at all—thanks to a shitty work schedule, I haven’t seen any of the films, and so am not in a position to say anything. What I am talking about is the idea of Quality. Is it being used to describe the kind of ‘slickness’ and confidence that comes with achieving a certain level in terms of production values and big-studio marketing? Or is it a kind of expectation-setting instinctively applied to an industry where there are films that consciously (and thankfully) defy expectations and standards?

A film that I’ve seen, but I’ve avoided talking about, is Star Wars: The Last Jedi. Now that’s one quality film—they spent a shitload on SFX, rented a ton of green screens, and hired an entire committee of writers and creatives, and another committee just to make sure everything the writers and creatives did was according to the official lore. But I think even my square-toed shoes look better and feel better than SW: TLJ, which is my way of saying that movie was bad and Smaller and Smaller Circles was better.

Because remember the idea of bad movies and good movies? I think some of us do—I’d like to think that commenter did. Maybe when we take a break from the string of superhero supersequels and big-money reboots that we feel compelled to watch out of our fear of missing out, or turn our eyes away from the filmmakers’ posts asking us to watch their films simply because they put so much effort into them, maybe then we can come to realize that we can really tell between what’s good and what’s bad. We just really need to see from deep behind our eyes, at what’s beyond what we can merely see. That’s where the real quality is, and I’ll gladly wear my square-toed shoes to the theater. (Nobody will see them in the dark, anyway.)

Sexual Misconduct Isn't a Crime—Should It Be?
All Photos
Comments
View As List