Why Is Everyone Hating on Gen-Z?
Long Reads

Why Is Everyone So Judgmental of Gen-Z?

Do we fully understand these young people?
CREATED WITH AXE
Feb 14, 2018
Shares
Share
Tweet
This article is part of a series produced for Axe. To view other articles, click here.

Just about every time we get together as a family, I ask my younger cousin Nikki about a new word I’ve learned, and if it’s something that kids her age actually use. Once, it was shookt. Years ago, it was scoobs and sharks. Most recently, it was cancelledt. She’s about 16 years old now, so I’m just glad that she still indulges me with a proper answer every time. Sometimes, she even proffers a usage example.

“Did you hear about that one celebrity?” “Gurl, I was so shookt. Now, he’s cancelledt.”

I usually gawk before venturing my own examples, which I do manage to get right sometimes. “Woody Allen is...cancelledt?”

It’s mostly a joke, because I’m really not that much older than she is, and these words aren’t completely foreign to me. As a millennial, I can still pick up on the language when it reaches me through my millennial friends who use it on social media—as millennials do. But I ask her about them anyway, perhaps subconsciously acknowledging a gap between Nikki’s generation and my own. It’s an acknowledgment of the pronounced cultural dissonance that delineates us: Her behavior, her culture, the way she talks—they point to the fact that she's even younger than a millennial, and her generation owns those terms much more than mine does. And so as she and I both grow older, it feels less and less ironic to keep asking her about new words; and more apparent that she and I are truly from different times.

But are we really warranted in being this judgmental of Generation Z? A closer examination of who they are should clarify things, if not add some insight into why they are the way they are (or, at least, why older generations struggle to understand them)

This is because Nikki was born in 2001, putting her squarely in the middle of Generation Z, currently defined as comprising people who were born from the mid-nineties to the early aughts. They’ve also been called the iGeneration, the Post-Millennial generation, the Centennial generation, and in the U.S., the Homeland generation. Today, in 2018, they’re either in their teens or crossing over into their early twenties. Their parents could be younger members of Generation X or older millennials. And as they come of age, they’ll succeed millennials as the next most misunderstood generation of man. 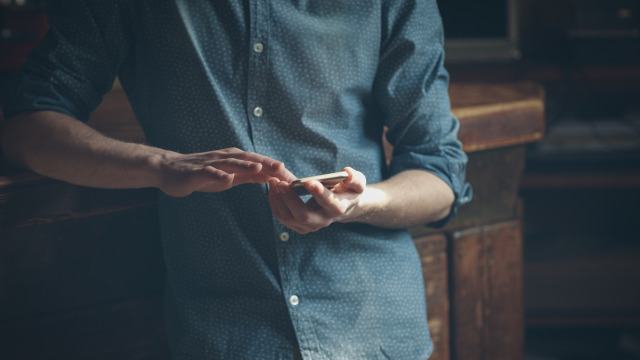 It's easy to jump to conclusions. These kids are lazy, they're entitled, they're self-encompassed, and they rely too much on technology and the myriad modern comforts afforded them. But are we really warranted in being this judgmental of Generation Z? A closer examination of who they are should clarify things, if not add some insight into why they are the way they are (or, at least, why older generations struggle to understand them).

For better and worse, Generation Z is defined by the unabated and all-encompassing social media revolution and its cultural effects. Some argue that this has reared them to become exaggerated millennials—everything that everyone dislikes about us, but worse. Steeped in the Internet, they’re stereotyped to be self-absorbed, more inattentive, more entitled, more shallow, and perpetually glued to their phones. As Lucie Greene of J. Walter Thompson once put it, the kids of Generation Z are “millennials on steroids.” These traits are noticeable mainly from older generations who didn't grow up with as much technology and access to information. It's understandable how they can't relate to all the vlogs, selfies, and online social interaction that are daily staples for members of Generation Z.

I see these traits occasionally in Nikki who, like many girls her age, has fashioned herself as something of a YouTuber. She documents her trips abroad and then edits them into long videos featuring herself, herself, and more of herself. Sometimes when talking to her, it’s difficult to keep a hold of her attention, which relentlessly returns to her phone. Everywhere we go, the first thing she does is to check for Wi-Fi, as if it were a natural reflex or a primal need. When she was a little younger, she’d throw a tantrum if she couldn’t borrow her mother’s iPad. She’s exhibiting the same traits that everyone hates about my generation, and she’s not even out of high school yet.

So if members of Generation Z are millennials on steroids, could it mean that these kids are even more passionate, work even smarter, and have an even better grasp of technology and everything that comes with it? Perhaps.

The thing is, older generations already have this preconceived notion that millennials—my generation—are a bunch of lazy, entitled kids. I'll be the first to point out that millennials are unjustly judged, where people are quick to judge me and those in my age group. We are all about passion and working smart. We also like our modern conveniences. So if members of Generation Z are millennials on steroids, could it mean that these kids are even more passionate, work even smarter, and have an even better grasp of technology and everything that comes with it? Perhaps.

Driven by "Likes" or by values?

Generation Z’s most prominent and universal defining characteristics are rooted in the fact of being born into the Internet and, necessarily, into the culture of the Internet and social media. They are also critiqued as the generation that seeks affirmation from the interaction they get online, through “likes” and such on social media. The Center for Generational Kinetics, a research group that specializes in providing market insights between different generations, notes that “most members of iGen or Generation Z don’t remember a time before social media. As a result, they tend to live much more of their entire lives—from interacting with friends and family to making major purchases—online and via their smartphones. This could have profound implications for everything from their relationships and how they learn.” In making culture more accessible and more instantly digestible, the rise of social media has also become a generational demarcation: Were you old enough to witness Facebook taking over the world?

It's not a stretch to say that because of connectivity, Generation Z probably has the broadest worldview of any generation, and hence a strong set of values as well. 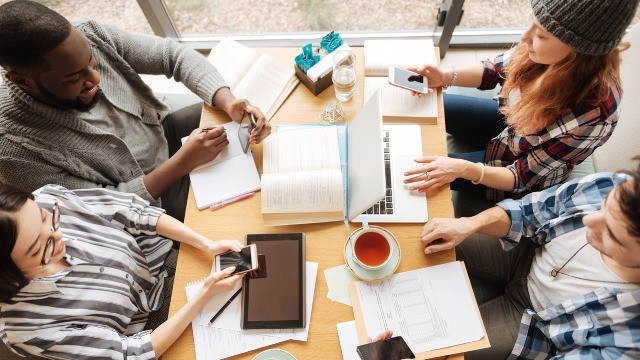 It would seem unfair, however, to perceive members of Generation Z as “value-less” simply because many live their lives online. At the onset, it's easy to state that technology—particularly social media—feeds a generation that takes interaction for granted. The benefits of “getting out and about,” as older generations will defend, are intangible after all. But the argument for technology broadening the scope of communication for members of Generation Z can also be made. They might not be able to be with people per se, but services like video chatting and streaming allow them to “be” with one another. And it can happen with people from different continents, with a different set of beliefs. It's not a stretch to say that because of connectivity, Generation Z probably has the broadest worldview of any generation, and hence a strong set of values as well.

Disconnected or a borderless outlook on life?

But while it’s easy to get caught up in the age-old tradition of pointing out the next generation’s faults and flaws, Generation Z isn’t without its merits, too—some of which it owes just as much to the Internet. They’re thought to be even more liberal than millennials; “ a generation that doesn’t see borders,” according to Wharton marketing professor Barbara Kahn; who have a “more global and open in mindset than any previous generation, having grown up with a media operating system that is itself inherently global and inclusive in nature,” according to Scott Hess of the marketing agency Spark. Growing up connected to the most democratic form of media in our history has conditioned this generation to be more accepting, more egalitarian, and hopefully in the future, more unified.

Instant access to the Internet has also made them the most educated generation, who have had an incredible wealth of information in their immediate purview at an early age. They turn to YouTube tutorials and value other on-demand forms of online learning rather than traditional classroom education, and so are considered resourceful alternative-seekers as opposed to bystanders. Knowledge about everything from beauty trends to astrophysics is theirs for the taking, and they’ve had a chance to soak it all in before even entering the workforce.

Growing up connected to the most democratic form of media in our history has conditioned this generation to be more accepting, more egalitarian, and hopefully in the future, more unified.

The world we live in is populated by a bunch of kids who like talking about themselves and what they do. They are most likely followed and viewed by an online audience, who, very likely, engages in the same type of activity. It's an impassioned group who goes against the grain, and says “desk jobs aren't for me, I'm chasing my passion.” Vlogger, online influencer, graffiti artist—these are legit professions now. Granted, not every member of Generation Z is like this, but many of their idols have succeeded in similar, unorthodox career paths. Whether consciously doing so or not, these young people have a unique definition of success. On the path to personal success, they will say they need to “find their thing” and they'll eventually get it. We all did, after all.

So go ahead and wring your hands and vent your frustrations on Generation Z, because we all inevitably will. Generation Z, like any young set of people, will be subject to harsh stereotypes. Will they be defined by these stereotypes? Will they prove naysayers wrong and become the most passionate, successful, technology-influenced individuals mankind has ever seen? One can only speculate.

Whether consciously doing so or not, these young people have a unique definition of success. On the path to personal success, they will say they need to “find their thing” and they'll eventually get it. We all did, after all.

We’re only just beginning to understand Generation Z, simultaneously as we reckon with the changes they will make to the world. Like our parents and their parents before them, this generation will be a struggle to understand. Don't expect to fully comprehend their online habits, their language, or all the time spent talking in front of their phones. But the world is changing, and these people are adjusting to it. More than any of us, they are in the thick of this paradigm shift. But we should at least try and give it our best shot. Because just as they will inherit the reproach of generations before them, so too shall they inherit the earth.