I've Never Felt More Like a Failure as a Parent

Parenting and Omicron: Why it's so terrible right now. 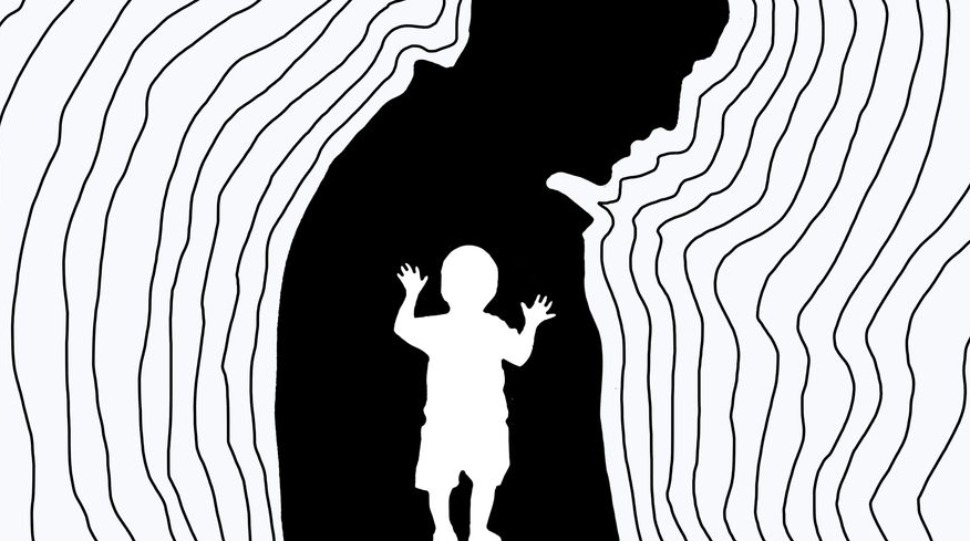 My kids went back to school this week, despite Covid cases being exponentially higher than ever before, despite hospitals reaching the breaking point, despite every fiber in my being telling me this is a bad idea. They went back because there’s no remote option where I live in suburban Chicago, nor any leniency to keep kids home. They went back because my six-year-old’s New Year’s wish was for a full year of school, and my teenage son needs to finish his junior year (and I’d make for a shit calculus teacher). And they went back because my wife and I, after two years of this, are completely exhausted from trying to figure out the right thing to do when our options are limited, our hearts conflicted, and our stamina for any of it completely gone.

I've never felt more like a failure as a parent.

Here we go again. Again. Another winter, another Covid surge. Like clockwork, parents, their kids, and the teachers we rely on are all back where we were in spring 2020, fall 2020, winter 2020, and fall 2021: fucked. Instead of making plans, our leaders—from the White House on down to school districts—decided the best course of action is simply to lay down on the tracks.

Friends who teach tell me their classrooms have been a quarter empty, half empty, even more. Other friends report that their districts have sent emails begging parents to fill in as substitutes. Still others tell me their kids spend their days in class on laptops, teachers out sick. I saw this first hand when Covid swept through my son’s high school just before winter break. It spread like a horror movie: first, one kid was out in a class, then a handful, then half a class. One teacher just disappeared, the flustered sub hadn't even been given a key.

There is plenty of data at this point that shows remote learning was a disaster last year. Though no parent really needed the numbers, we lived it. It was misery from start to finish, but at least it was a plan that kept people safe. Whatever this is—a haphazard, patchwork approach that sits somewhere between nihilism and fatalism and seems to mostly be based on wishing that things were better—isn’t working either. We need testing, metrics, and a plan for what happens when those two things combine to ring the alarms that should be ringing throughout the country.

Of course I wish schools could stay open, but I wish for a lot of things. I wish Covid had never happened and nearly a million people in the U.S. hadn't died. I wish my kids and your kids and all our kids hadn't known any of this. That they could have experienced the last two years as children instead of as junior epidemiologists. But wishing won't change the fact that Omicron tears through communities like a hurricane and in-person school doesn't work if half the class can't attend because they’re sick or have been exposed and are in quarantine.

Does it suck? It’s year three of the pandemic, man, everything sucks. Our kids have lost so much in the last two years. We all have. But more than the setbacks from a year remote and interrupted schooling, they've lost parents and grandparents, aunts and uncles, brothers and sisters. They've lost the sense of stability that all parents try to instill. The idea that without school closures, kids would have been leading robust and care-free lives these last two years is nothing more than fantasy sold to exasperated parents. The CDC estimates that more than 150,000 children had their primary or secondary caregiver die since the start of the pandemic. That's one in 500 kids in this country. I’m pretty sure that’s more detrimental to learning outcomes than a Chromebook.

We’ve done nearly nothing for kids or parents for two years. The small nod of acknowledgement to the sacrifices that came in the form of the monthly child tax credit ended just as Omicron caught fire. Kids have been near the bottom of the priority ladder the entire pandemic, down there with the people we entrust to teach and care for them.

We could have sent hazard pay to teachers and others working on the front lines. We could be offering paid leave to parents who need time off with kids home. We could have made upgrading ventilation in schools a requirement for reopening. We could be sending pallets of tests and piles of KN95s to schools across the country. But we've done none of that, instead we've followed the indelible pattern of the American pandemic response: indifference and inaction.

The thing we need more than anything right now—quick and accessible testing—is the thing the Biden administration, who have been caught flat-footed by the virus so often they should get sized for orthopedics, just can't get off the ground. Just like the Trump administration before it, testing continues to be the thing America just can’t do. Last Wednesday, President Biden resorted to telling Americans to "Google 'Covid test near me',” as if the problem was just that we weren't Googling things right and not that testing sites are overwhelmed to the point you have to wait in multi-hour lines to get tested and your results come back days late and home tests—which cost $25 for two measly tests—are sold out virtually everywhere. Googling isn’t the problem: denial of the truly dire situation we’re in is, just like it’s always been.

From day one "test, trace, isolate" was one of our best ways to navigate the pandemic and yet we have dick-stomped every part of it every time. Five waves and two administrations later, the absolute basics still remain out of reach.

Instead we insist teachers and students go back to full capacity, in-person school with little or no plan for what happens when an outbreak sweeps through. It’s not the approach the White House is taking in their own house: just last week they reduced capacity in their press briefing room for safer distancing. And it’s not the approach local leaders are taking, either: here in Illinois, our governor worked from home after an exposure “out of an abundance of caution.” The CDC’s school guidance sends a child right back into their overcrowded classroom in the same situation.

The few teachers who have said "no," as those in Chicago have done, are vilified by politicians, public health officials, and some exasperated parents. Teachers want a safe working environment—that shouldn’t make them the enemy. Everyone should want that. But here’s where we are: pitting everyone against each other when collective action is really the only way forward. That’s the thing about this pandemic: it’s like a shitty escape room where we all know the answer to getting out—actually working together—but we just can’t do it. People well above the pay grade of our administrators, teachers, and parents can’t seem to get a coherent message out, so I can’t expect anyone else to. Yet the inaction and the impersonal, uncaring approach we’ve seen over the last two years is infuriating.

I’m almost never not furious now. I bet you are, too.

In our fury, we blame teachers, we blame parents, we blame kids, we blame ourselves when we don’t have anyone else to blame. We want to fight—our rage and our anger and our fury blazing like a magnesium fire, blinding in its light—so we fight.

I’m so tired of fighting for scraps. So tired of feeling let down by leaders that should have learned something. So tired of living under the pandemic. So tired—so tired—of having my kids home. But even as I send my kids to school, I know they are going back to half-empty classrooms, back to get sick, or soon enough, not going back at all.

I hate these choices. I don’t want these choices. I shouldn’t have to make these choices, but who else is at this point? When the president of the United States tells you to Google it, you know you’re on your own. Every part of the pandemic has been unfamiliar except for this: we’ve been on our own the whole time. 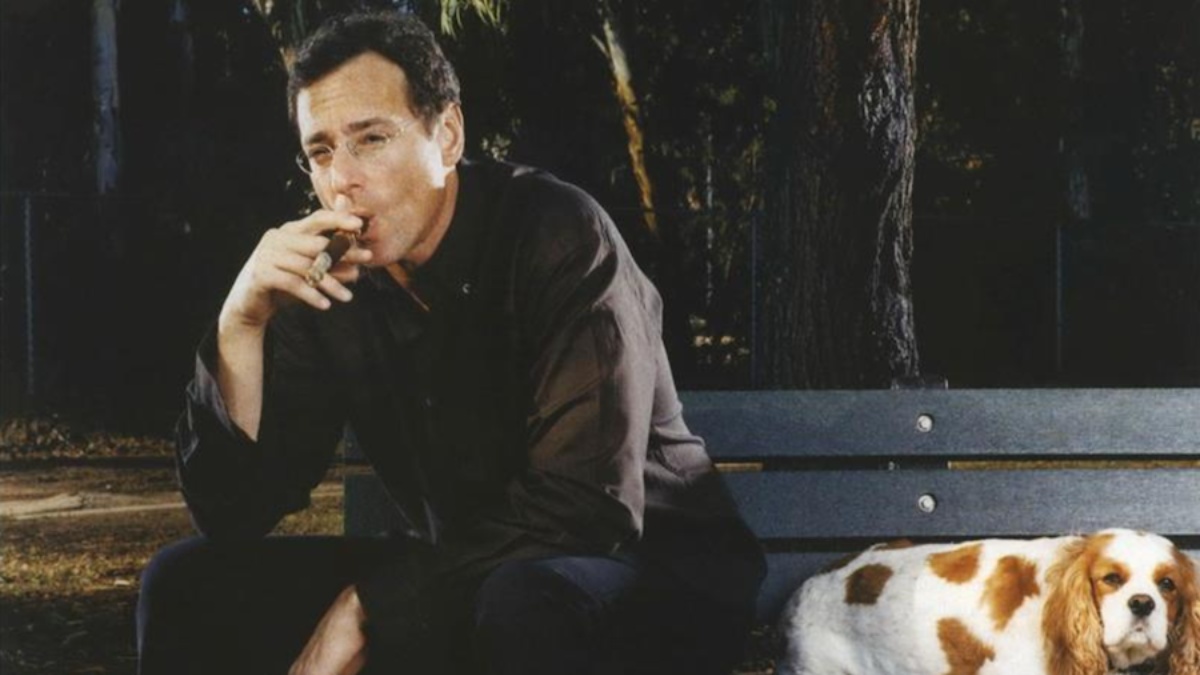 F. Sionil Jose: 'This Country Is Not Hopeless'
All Photos
Comments
View As List