Jaime Daez's passion for books has created a book culture in the country. 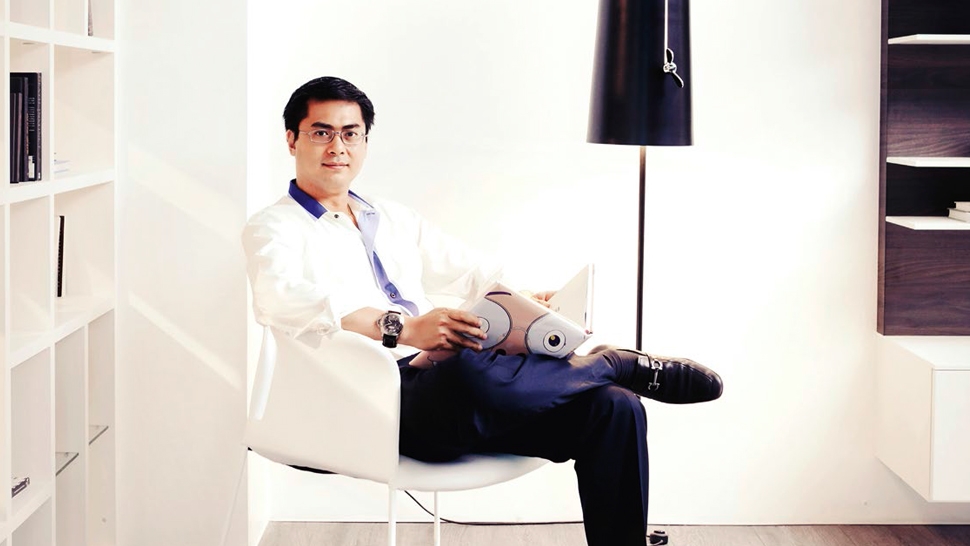 “In a sense, good bookstores are actually small community centers, where people can meet and have their coffee and talk and enjoy a good book.”

When Jaime Daez asserts that he is an accidental businessman, it might give some people the wrong impression.

His official title is Managing Director for Fully Booked, though it would be more apropos to call him the big boss, or the head honcho, or something similarly colorful—he built the company from scratch, without even a loan from his family, and everything goes by him first.

The bookstore currently has 22 branches all over the Philippines—including the massive five-level flagship building on Bonifacio High Street—and provincial branches in Davao, Cebu, and Clark. “I also have a café in Rockwell called Press. And then I have another company called Domus, located in Greenbelt 5, specializing in flooring and furniture. And then just very recently, we launched the furniture showroom for Novamobili, an Italian furniture brand that I would consider ‘affordable luxury’.” All very impressive—but what does he mean by ‘accidental’? 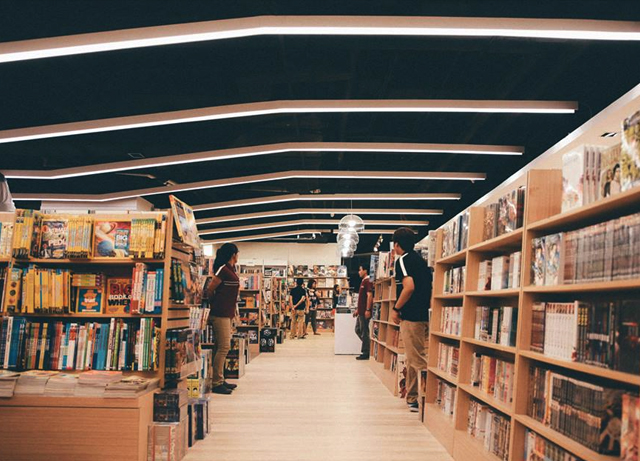 The re-launch of Fully Booked Rockwell

It’s not that he stumbled onto his endeavors haphazardly, or inherited them from a distant and previously unknown relative like in some ‘80s comedy. Daez conducts business methodically: a self-proclaimed perfectionist, he has gone from selling books door-to-door to changing the very idea of the book business here in the Philippines. But the fact that he is in business at all is something of a surprise—originally, he wanted to be a rocket scientist.

“I’m very much into the arts, but I love math,” Daez says. “So when I was studying in the States, high school, I was thinking of taking up aerospace engineering.” His family had moved to the U.S. in 1984, spurred by the instability and upheavals in our country at the time. Several years after his father passed away from cancer, Jaime Daez’s mother decided to take their family back home to the Philippines, which by then was under new management: the Cory Aquino government. Jaime adjusted his dreams accordingly.

“For the first 12 months, I was a door-to-door seller. I had no employees, so every time I’d bring a box that would probably weigh 40 pounds.”

“I studied architecture in Spain from 1990 to 1994,” he says. “When I went back here at the end of ’94, I was very disappointed with the architecture books that were available through the bookstores. There were hardly any. And at the time, Amazon was practically nonexistent.”

Having grown up with the belief that “to be good in practically anything, you need to have a lot of reference materials,” he missed the excellent bilingual publications he had come to collect in Spain. A quick fax to his favorite publisher there—this was in the pre-email era—confirmed that not only were they willing to send their books to the Philippines, but that if he ordered a minimum of a 100 books, he would get the maximum discount.

“They had 20 books that I wanted for myself. So what I did was, I ordered all 20, five copies each. I just thought to myself, you know what, I’m getting these very cheap. Maybe if I can just sell some of these books via architectural firms or interior design agencies, you know, once I can sell a few copies, it can pretty much subsidize my collection.”

That was where it all began.

“For the first 12 months, I was a door-to-door seller. Doing it through the Yellow Pages. I had no employees at that time, so every time I’d visit an architectural firm, I’d bring a box—and these were heavy boxes, you know; one box of architecture books would probably weigh 40 pounds.” 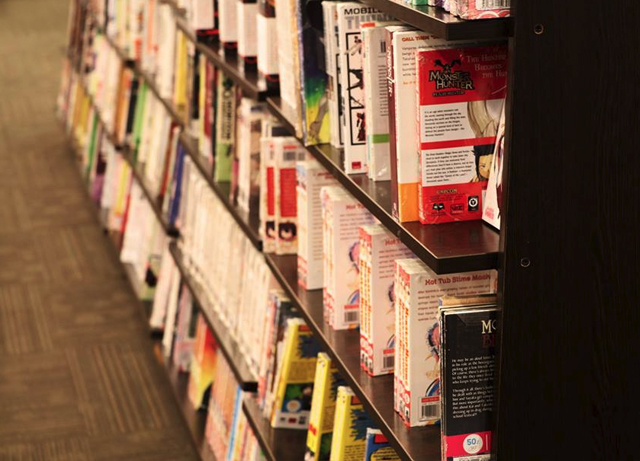 It was while he was dragging 40 pounds of books up to a 19th floor office during a blackout that had rendered the building’s elevators inoperative that he had an epiphany. “The box was heavy so it took like two minutes per floor. And I was really getting tired by the 10th floor. And then for some reason I thought: you know what, the whole building has a blackout. What assurance do I have that the office is actually open? I hid the box in a corner of the tenth floor and I ran up to the 19th as fast as I could, because I didn’t know if the box was safe. I got to the 19th floor, and true enough, the office was closed. So that for me was a turning point: because that’s when I thought to myself, you know, is what I’m doing really worth it? Is it worth all the hassle? You know, to sell books. That’s when I decided—you know what, yeah, I like books. I love books.”

From there, Jaime opened a small shop on Pasong Tamo Extension—half a shop, actually, since at the beginning half of the 20 square meter space was being used by a polvoron business. “I started Bibliarch, that was my first store—that officially started in 1997. That’s when I started hiring people to man my store. And in fact, my first hire is still with me up to now...She’s my HR head.”

Jaime’s business principles are simple but stress-tested by the years. First, be guided by what you love—from books to music to furniture, Jaime’s businesses have followed his interests and passions. “When I was growing up, I spent all my money buying books primarily and secondly, CDs. And now in Fully Booked I make money selling books and selling CDs.”

"Start small and get to know first how to do things. And then once you’re ready, then you can do things big."

Second, grow your business bit by bit. “First showroom that we opened was a hundred square meters,” Jaime says of his furniture business. “Now we have 800-square meter showroom. So start small and get to know first how to do things. And then once you’re ready, then you can do things big.”

Regarding Fully Booked: “We’re a corporation, but we’ve never been so risky in the sense that we don’t loan money from the bank.” Jaime researches as much as possible before opening in a new mall or a new area; each branch has to be profitable. Expansion is controlled; the establishment of each branch, even the flagship, was fueled by the accumulated profits of the previous branches. There are no angel investors, no board to answer to. 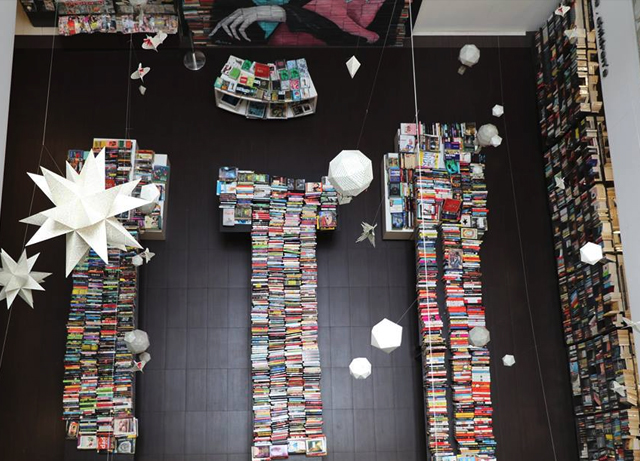 Finally, have a larger purpose than just profit. “With great power comes great responsibility,” says Jaime, a genuine comics enthusiast, quoting Spider-Man. (He goes on to recount the parable of the talents, as well.) Over the years, and especially after the opening of the flagship branch, Fully Booked has grown and given us wider and easier access to printed books (and magazines, and comics), and consequently ideas—and served as a meeting place and haven for like-minded people, as well. That is entirely intentional.

“In a sense, good bookstores are actually small community centers, where people can meet and have their coffee and talk and enjoy a good book,” Jaime says. “It’s not just a matter of them going in and buying a book, and two minutes after, they’re gone. No, I want people to stay. I want people to stay here the whole morning, the whole afternoon. That’s the idea.” Soon, readers will have a new place to browse through books and gather trade thoughts, with the opening of the Alabang branch of Fully Booked—the first new stand-alone Fully Booked building since High Street.

“When I was growing up, I spent all my money buying books primarily and secondly, CDs. And now in Fully Booked I make money selling books and selling CDs.”

“There’s not a business you can get into that will have zero obstacles,” Jaime says. “But if you have the perseverance and the passion, then I’d say most of the ground is already covered. It’s always helpful if you have a bit of luck,” he adds. “I had a bit of luck.” 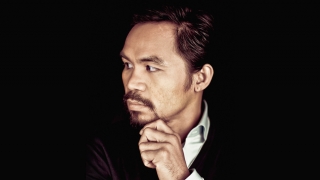 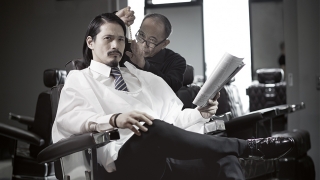