Meet The Stereotype-Breaking Numbers Nerd On the PH Hockey Team 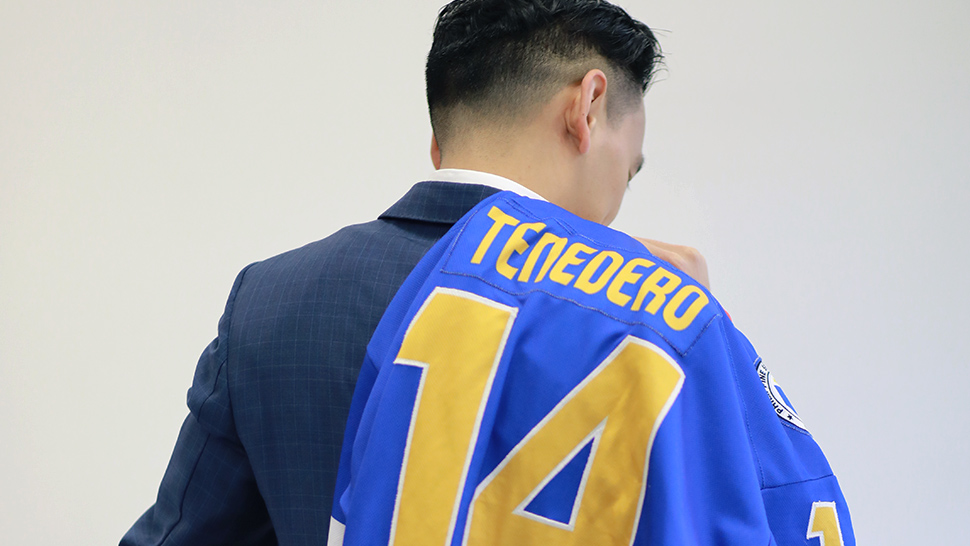 Consider the likes of Chris Tiu, basketball star who is also an honor student—impressive because he was at once, as if impossibly, both typical jock and typical nerd. The truth, of course, is that these stereotypes are best left behind, and that we all deserve to be free from the confines of juvenile prejudices. Yet we should salute those who defy those confines to become drastically different and seemingly unlikely things in real life.

Carlo Tenedero is a man who happens to be two very unlikely things, which together, make for a very unlikely and very impressive combination. At 32, Tenedero is an actuary, which means his day job at Manulife Philippines involves using calculus and advanced mathematics to make, measure, and manage financial security systems like insurance policies. But he’s also a national athlete who represents the Philippines in a sport that may well be dead last on a list of sports that come to mind when you think of our country: ice hockey.

And because Tenedero’s occupations are both individually rare—he estimates that there are under a hundred actuaries in the Philippines—he finds himself in the position to promote them, and to show Filipinos what it means to be both. We spoke to him about how he arrived at where he is today. 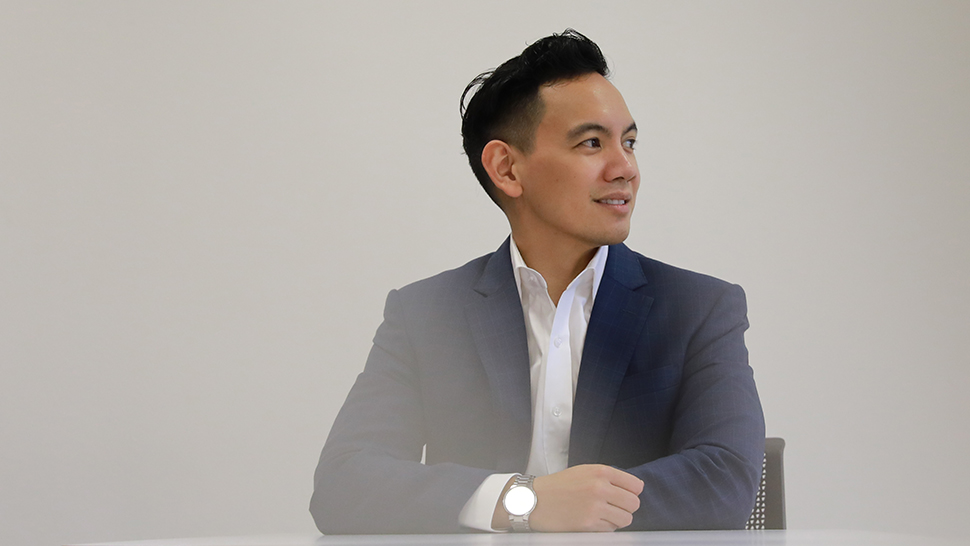 ESQUIRE: Before anything else, can you explain what it means to be an actuary?
CARLO TENEDERO: Basically, we’re responsible for calculating liabilities. Our role is to measure and manage risk using statistics, interest theory, and mathematical models. My team is responsible for building those models—think of it as a complicated calculator. And then we’re also involved in calculating how much money the  [insurance] company must to set aside to be able to pay for future claims.

ESQ: How did you get to be an actuary? What’s the path for that like?
CT: I’m from Canada, but I’m Filipino, and as a Filipino, your parents want you to be two things: they want you to be a lawyer, or a doctor, right? So when I went to high school, I was set on becoming a doctor. I took all my sciences—biology, chemistry, etcetera. But then my grade 12 chemistry teacher really turned me off to chemistry, and I told my mom, “I don’t think I can become a doctor. I don’t think I can study chemistry for ten years.” Because of that, we sat down, and we talked about what else I can do, and I said, well, I’m really good at math. She says, “I think your tita is an actor… actee… actuary? You should look into that, see what it is.” I did some research and I found out that actuaries use probabilities, which I found interesting. So I enrolled in an honors math course in the University of Waterloo, and from there I was set on the path. I got lucky, I found it early. I know a lot of people who don’t find it till later on.

ESQUIRE: Would you say that you enjoy the kind of work that you do?
CT: Definitely. It’s really cool because it’s one of those professions where whatever you learned in school, you get to apply on a day-to-day basis. You spend four years learning something, and you actually get to see how it works in a real-life setting. You also get to communicate that; and when you’re able to explain something complicated to someone who doesn’t understand, I feel like that’s very fulfilling, that you’re able to transfer knowledge.

ESQ: What’s the greatest challenge in your line of work?
CT: The challenge is that it isn’t always straightforward. There are new problems every day, and there are really no instructions. You have to solve it yourself, working with others. I’d say it’s creative problem solving. It’s weird—we use math formulas, but we don’t look at them as math formulas. We look at them as words, as its own language.

ESQ: For its importance, your job is fairly rare; which is to say that there aren’t enough actuaries, especially here in the Philippines. How do you think you can promote actuarial science as a profession?
CT: I’d say that actuaries play a very critical role in life insurance, in finance. As the economy grows, more people will purchase life insurance. So there’s a growing need [for actuaries], and Manulife is very invested in developing the actuarial program here in the Philippines. We have a partnership with UP Diliman, including a scholarship program that can provide financial assistance. Just this past year, we formed an actuarial academy, which is open to all university students. This actuarial academy helps them to write their first actuarial exam, sponsored by Manulife. No strings attached—just us trying to grow the profession. I also do speaking engagements at different universities to promote the profession. There’s a lot of talent here, it’s just about giving them that opportunity.

ESQ: Have you had any success stories in introducing actuarial science to young people?
CT: I have one story. When I first got here—I moved here in April 2016—after a month, I was assigned lead recruiter for the department. I got a list of the top students in UP Diliman, and so I cold-called each one on Facebook. “Hey, I’m Carlo, I’m a director here and I’m looking for top talent.” Totally random. A lot of them didn’t even reply, because, like, who is this guy, right? But then there’s one guy who replied, so I brought him in for an interview. And the guy is phenomenal. How it works is that there are five preliminary exams, and it usually takes a person two to three years to complete those. This guy did it in 10 months. He’s really top tier talent. I just randomly reached out to him, and he’s amazing. 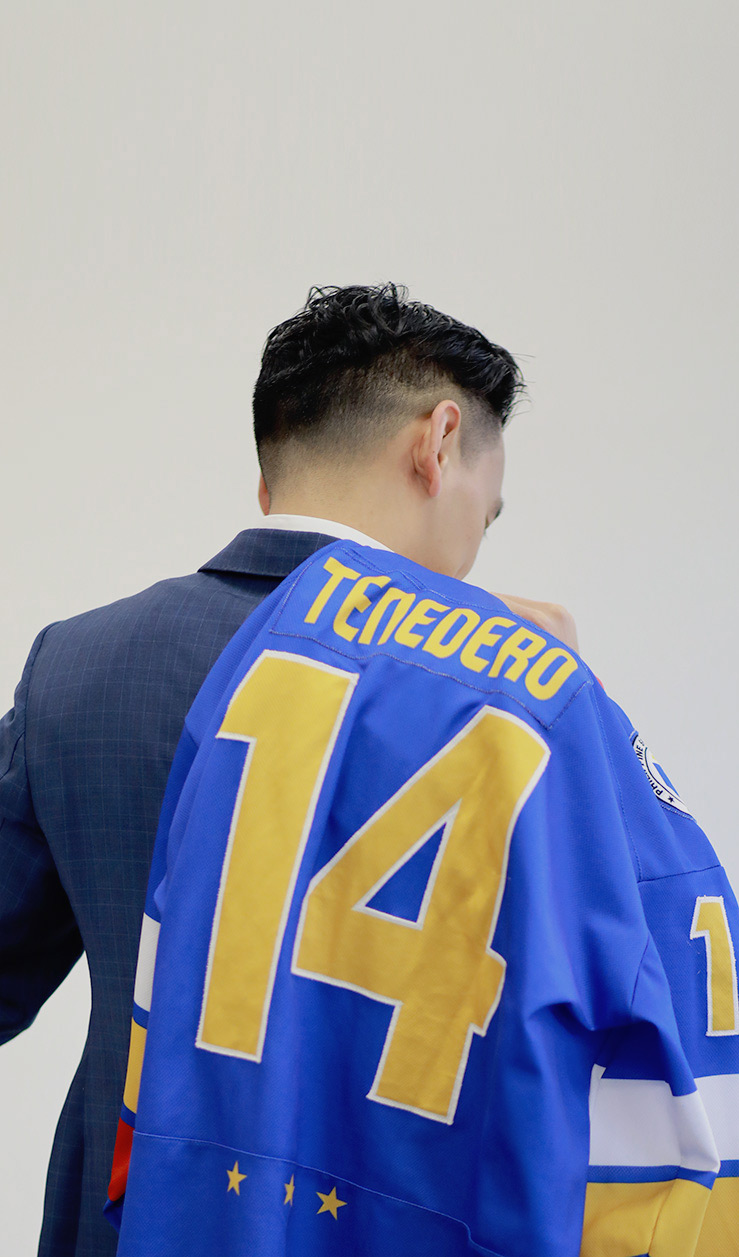 ESQ: Tell us about how you got to play ice hockey in the Philippines. We’ll admit, it’s not the most popular sport in these parts.
CT: I was born in Cebu, but we immigrated to Canada in the ‘80s. And ice hockey is like the basketball of Canada—everyone plays hockey. I picked it up there. I played competitively, but then when I started working, I just played recreationally. And then an opportunity to work here in the Philippines came up. So when that happened, the first thing I looked for was: Is there hockey in the Philippines? So I Googled it, and it turns out there’s a league—The Manila Ice Hockey League. About ten years old, four teams. So when I came over here, I joined the league and I told them the level of hockey that I played. The commissioner asked me to try out for the Philippine National Team, and after a couple of tryouts, I was able to make the team.

ESQ: How is the Philippines faring in the international ice hockey scene?
CT: We just recently got accredited by the International Ice Hockey Federation, so we were at the very bottom of the rankings. When we were able to compete in two IIHF tournaments—one was the Asia Winter Games in Osaka, and the other one was the SEA Games in KL. I didn’t get to play in the Asia Winter Games, because my wife had just given birth, but in the SEA Games, we were able to play, and were able to win gold. So the next tournament will be in April, the Challenge Cup of Asia, which will be held here in Manila.

ESQ: Tell us about your experience in the SEA Games.
CT: It was tough. A lot of early morning workouts followed by late nights catching up with work. Then a very strict diet of chicken, rice, vegetables every meal. But then once you’re at the SEA Games, to be there with the team and to experience it with the guys who you’ve practiced with for four months—and then to win it—that was really cool.

The gold medal game was pretty challenging. We had lost our top left-winger, as well as our captain, who was suspended that game. The game was delayed for over two hours because we were trying to appeal his suspension. He got suspended the day before because he hit someone in the head accidentally. So we had to play without our captain against Thailand, a team that hasn’t lost to a Southeast Asian country in years. All odds were against us, and we were able to win.

ESQ: How much time do you invest in hockey?
CT: Training for the SEA Games was a big deal. Hockey took a lot of my time. I trained on ice three days a week, and off ice at least five days a week. I had to make a lot of sacrifices for that, but it was a once-in-a-lifetime opportunity to represent your country. It’s kind of the off-season for the national team, so I just play recreationally now, until training for the Challenge Cup of Asia starts. 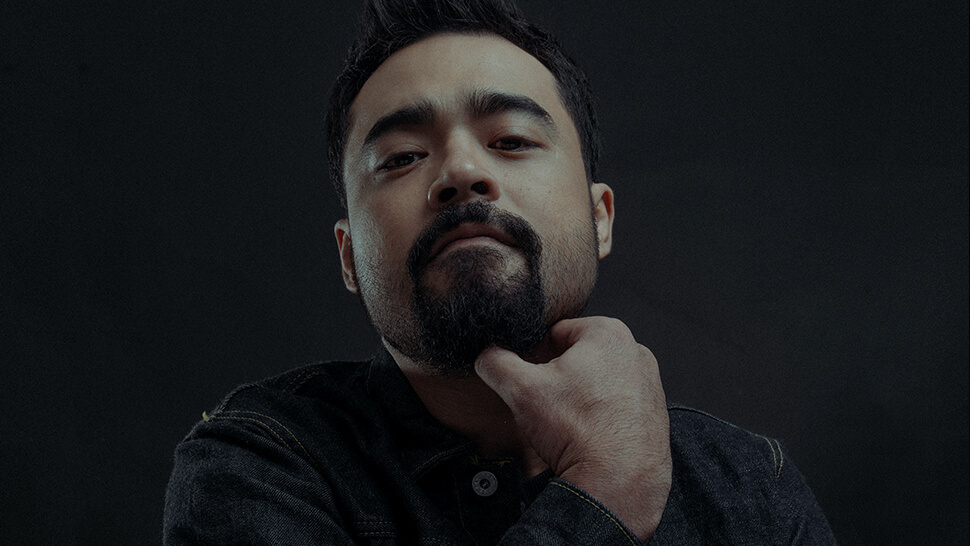 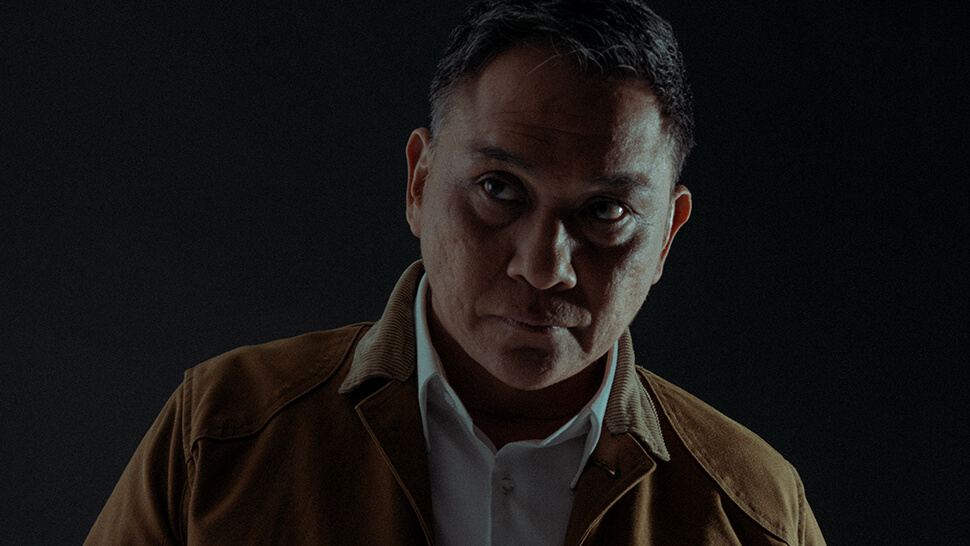