Meet the CEO Who Has Won the Hearts of His People

Standing on the edge of a helipad, Rahul Hora, CEO of AXA Philippines, was eager to make his employees shriek in terror.

“Jump shot!” he joked, lifting his feet a few inches above where he was standing, some 50 storeys above Makati’s streets. In faux terror, one of the staffers replied, “NO! We don’t want our boss to die!” She took the jump shot anyway.

Bosses who make it a point to share a laugh with their employees are considered a rarity in the corporate world. Most people tend to fall into silence whenever their superior walks by their cubicle, quickly switching over from water cooler talk to staring blankly at their screens, looking busy. Rahul, however, gets nothing but smiles—and for good reason.

He’s the sort to remember your name and ask you how you are during an elevator ride. He’ll let you know that you can approach him at any time, and will follow through on that promise. 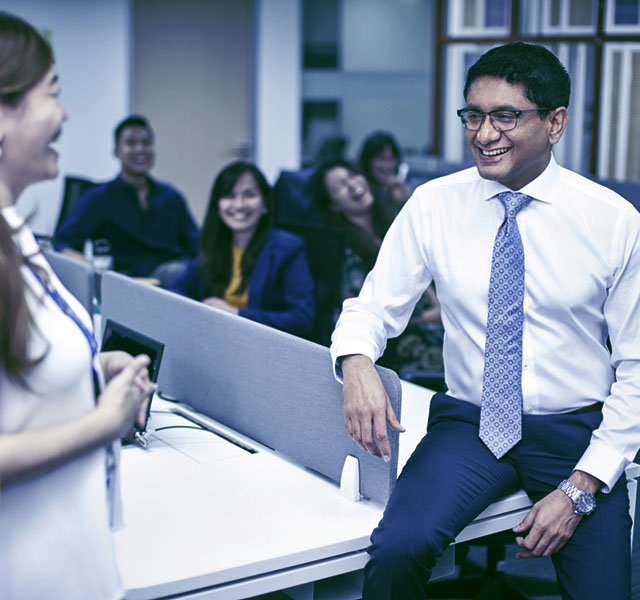 Perhaps this explains why AXA Philippines’ growth has consistently outpaced the rest of the insurance industry in the nearly three years that Rahul has been CEO. By espousing a company culture that breaks down the sense of hierarchical intimidation present in so many others, he has helped make his employees significantly more engaged at the workplace.

“I've always been a very big advocate of ‘work hard, play hard.’ I'm a tough boss—but having said that, I try to balance it with a sense of humor,” he points out. “It shouldn't be the same kind of environment in meetings and outside of meetings. When you, at the top, start behaving like that, people start emulating you.”

“They can start feeling that it's fine to be yourself.”

Therein lies the crux of his philosophy. Rahul believes in valuing each employee beyond the skillset they bring to the workplace. The rationale behind this is surprisingly simple, but not something you hear a CEO acknowledge every day: “It's a fact that we spend more time at work than at home. We spend eight hours, nine hours, 10 hours at work—travel time not included. So, you have to ensure that people are not enduring the work. You have to ensure that they’re looking forward to coming to work on a daily basis.” 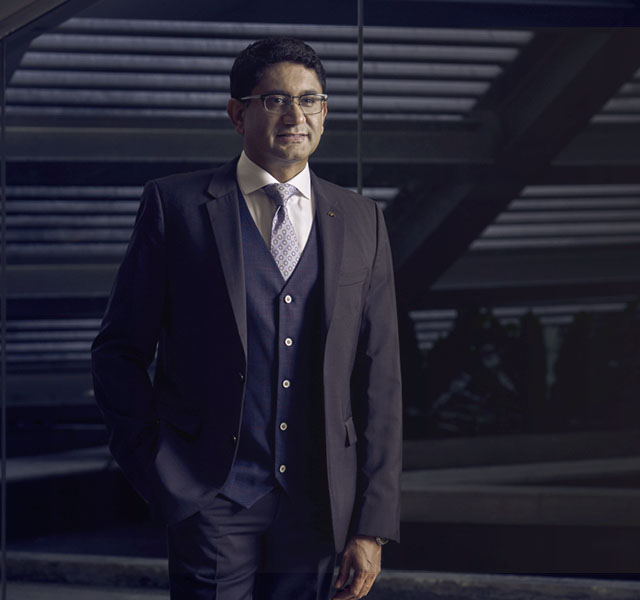 Outside of the open-door policy that helps employees feel an empowering atmosphere of familiarity with the higher-ups, Rahul and his management team have instituted opportunities for AXA’s family of co-workers to express themselves more completely. From Unwind Fridays, where the office food court is transformed into a social lounge; to employee bazaars where staff can ply their wares to each other and promote their side businesses; to various activity “clubs” that cater to a wide variety of interests, including sports (Rahul himself is part of the badminton group) and crafts; employees have every opportunity to bring their best selves to the workplace.

“Hence, the stress levels and the environment become a little bit friendlier. You get more output from your employees because of that familiarity. That's what I feel is the biggest advantage on the business side.”

Rahul adds: “From a personal fulfillment side, being a leader and being somebody who's always been responsible for large teams, I feel extremely fulfilled about what I do when I'm able to contribute to people's success. I’m passionate about people. Their success is one of the outcomes from which I draw my inspiration and my motivation.”

In the 10 years that he’s been with AXA Philippines, Rahul has developed a keen understanding of the Filipino mindset and has learned the value of giving each member of the company the chance to feel a sense of purpose in what they’re doing, of creating equal opportunities by breaking down hierarchies, and of nurturing an emotional connection to the workplace. 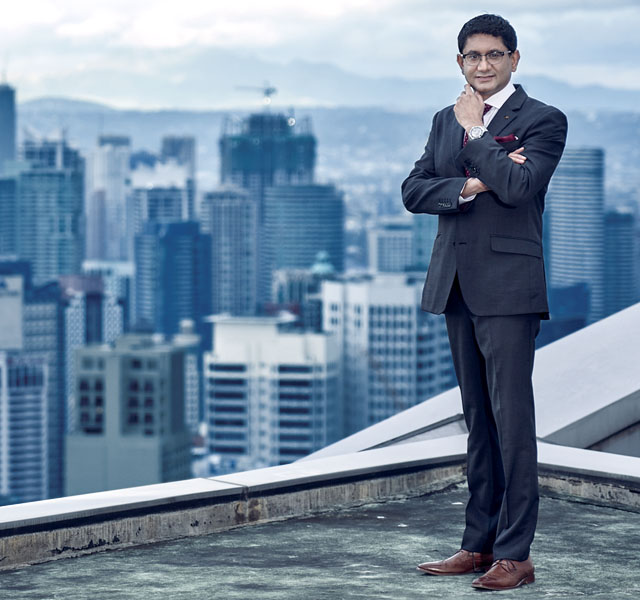 It’s no wonder, then, that when he jokes about doing a jump shot on the roof of a skyscraper, his staff’s laughter is tempered with a mild sense of concern. It’s a reflection of the genuine concern he has for their well-being, and it’s what makes him the sort of boss you actually want to have around for as long as possible.