Michael Concepcion's Watch Tells the Story of His Success

“To me, menswear doesn’t really change,” says Michael Concepcion. As the man behind Commonwealth—Manila’s premier purveyor of the latest and greatest in streetwear—he’s in a good position to talk. “A lot of the styles we carry are not really trend-driven, and a lot of what we do is pretty classic. A shirt is a shirt, pants are pants. We’re not trying to push the envelope of fashion,” he says.

Commonwealth is a part of Welcome Worldwide, Michael's growing empire of retail and lifestyle brands. One of its most recent style editorials elegantly captures the reason it all works: the fusion of old and new. DJ Badkiss and artist Kiko Escora—two personalities beloved by ’90s kids—are photographed at the Henry Hotel, where they lounge around in cult labels like they’re in pajamas. It’s unexpected, and it’s all out of time, but still somehow perfectly in sync. “The clothes don’t look like they’re from a certain time,” Michael says, adding, “that’s also the way we approach our businesses.”

At the tender and invincible age of 21, Michael launched his first concept, Ronnie & Joe, a boutique eyewear store that carries indie and legacy labels alike. Around the same time, he joined forces with his father John Concepcion, the managing director and CEO of Unilever RFM, to introduce a katsu restaurant to the local food scene: Yabu.

“My father brings all of his 30 years of experience of running a multinational company [...] He’ll look to me when it comes to new ways of approaching things."

“I’m fortunate,” Michael says, “that my father brings all of his 30 years of experience in running a multinational company.” But he also knows what he brings to the table: fresh, young ideas that fuse well with the invaluable experience of his father. “He’ll look to me when it comes to new marketing strategies, new concepts, business development, new ways of approaching things,” he adds. 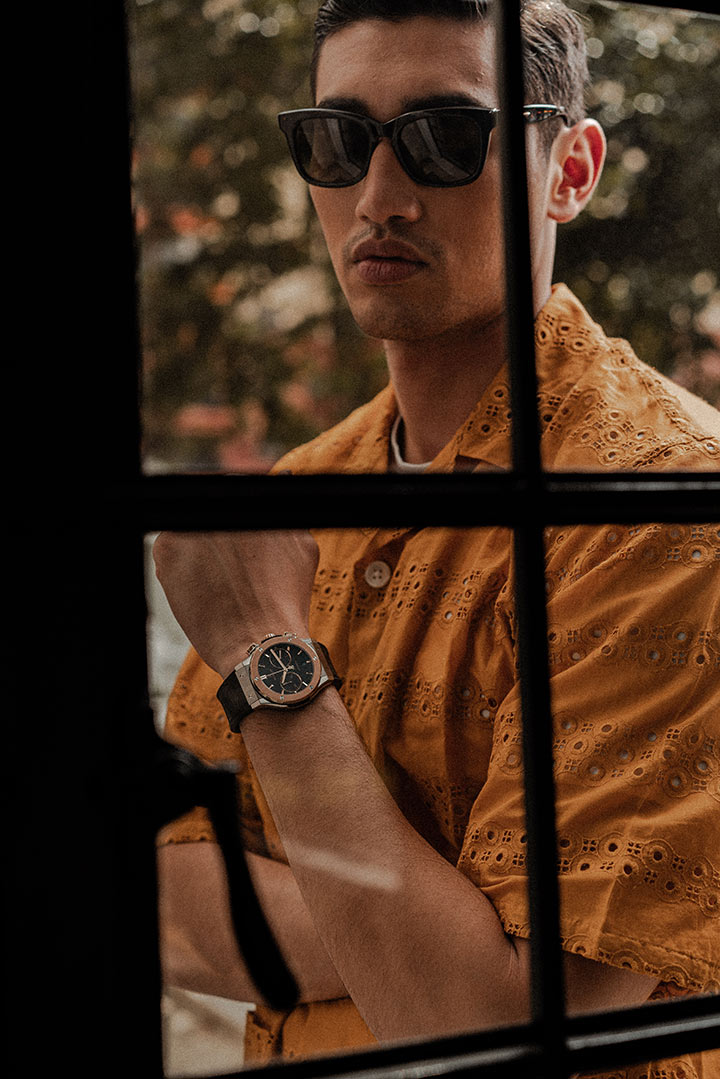 In this sense, Michael is a master of the art of fusion. He spins established business models to another level of innovation by taking seemingly polar opposites and reconciling them harmoniously.

The same story is told by the watch Michael wears. It’s by Hublot, the Swiss watchmaker that introduced the innovative combination of gold and natural rubber in 1980. Unexpected and radical collaborations are still the spirit of Hublot today. The same art of fusion still courses in its blood.

Specifically, Michael wears the Hublot Classic Fusion 45mm, a subtle yet striking chronograph whose bezel is fastened by visible screws, giving it a dash of avant-garde style. This watch—in its “Black Magic” and “Titanium King Gold” colorways, both of which are worn by Michael—is a symbol of and testament to the power of combining past and future. 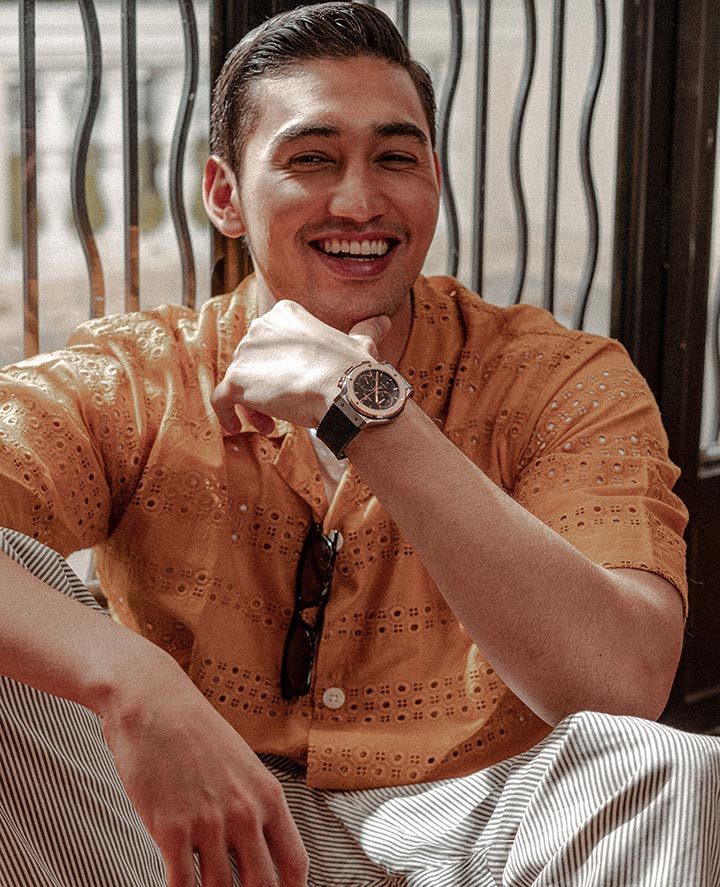 “It’s a beautiful watch,” Michael says, looking down at the timepiece, which he prefers to wear for fancy affairs. He knows that a Hublot watch pairs perfectly with sharp tailoring; the Classic Fusion’s rubber strap tones down stiff formality without compromising on style. Yet for the same reason, the Classic Fusion works with his everyday clothes, which have a streetwear slant.

Michael owes much of his success to the risks he takes and his keen eye for collaboration. He knows that the path to the future is paved with knowledge from the past and beautiful things come from the synthesis of concepts that are different, if not entirely opposite. This is his success story—a story he is reminded of whenever he looks down at his wrist.

For more information on the Hublot Classic Fusion, check out Lucerneluxe on Facebook.