This Self-Made Millionaire is a Bad Boy Who Did Good

The struggle was real for Foilacar CEO Lester Codog, but he continues to fly high. 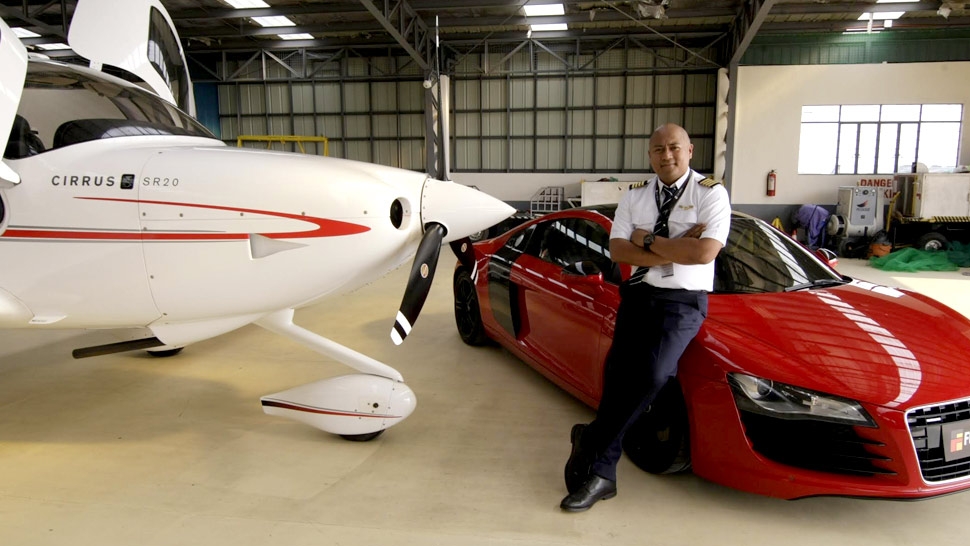 Did I seriously expect to walk into Lester Codog's office and be offered water?

I gingerly escape the rain as I enter the massive garage of Foilacar, Codog's multimillion-dollar car detailing business which has expanded to offices abroad and branched out to other similar toys-for-the-big-boys ventures. Codog, 37, recently launched Foilafly Aeroclub, a fleet of Cirrus planes which cater to the adventurous (and moneyed) gentleman who prefers to fly himself to exotic destinations. It's a nod towards Codog's own love for flying, which he learned to do at the young age of 17 and would, unbeknownst to him at the time, lead him down the road toward both success and infamy.

But before we even get there, meeting the man is already a story on its own. I walk into what seems like happy hour in his office. Some of his friends from Top Gear are already imbibing red Chilean wine and grazing off from a fully loaded deli platter from Säntis. Somebody pulls out a bag of chicharon and sets that down on the table. The dimly lit room smells of musky testosterone as the stuffed head of an African warthog peers down at us.

Codog's friends welcome me warmly, and he walks up with a dimpled smile to shake my hand. He is taller than I expected, having only seen him through his Instagram videos where he jokes and talks about his businesses. He interjects ostentatious displays of wealth with comic relief—perhaps a cameo from an acrobatic little person or one of his wealthy A-list friends or even a well-choreographed ditty by his assistant, Pedro Taguinod. It's all in good fun, and his mostly male following on social media love it.

Codog is an Everyman who did well for himself, but he's no saint. In fact, well-meaning fathers might find it best to steer their daughters away from his periphery (he is recently single again). Codog would be the first to tell you that the path he chose is not something he would recommend to anyone. "I want to inspire people. I want people to know that someone like me can be successful," he says. "Pero, please lang, huwag niyo sana madaanan yung pinagdaanan ko."

When he was 15, he got his then-girlfriend pregnant and consequently got kicked out of high school. His working-class parents provided them with a comfortable enough life, but they were not wealthy. Codog's father worked as a contractor in Dubai; his mother owned a recruitment agency. Out of school and with a baby on the way, he knew that tough times were up ahead.

"At that time, my mom's business was in trouble," Codog recalls. "I didn't want to add more problems during those already problematic times." He got by buying and selling cars and watches, until he was old enough to take the Philippine Educational Placement test (PEPT), which offered him a way to rejoin the school system even without a high school diploma.

After receiving his PEPT scores, he saw an "Enrollment Ongoing" sign in one of the flying schools. While he initially enrolled for the mechanical courses, the lure of the seemingly glamorous lifestyle of pilots caught his eye. "I would watch the pilots in their uniforms. Siyempre special treatment sila, mga naka-aircon, they had their own parking slots. And, well, iba naman talaga dating nila compared to us mechanics." His dad paid for his flying lessons while he fulfilled the units in the other mechanical course he was taking. Even then, most of the faculty were already in his pocket, and he was passing his courses without even attending classes. Codog just shrugs this off and explains, "Noon pa lang, negosyante na ako."

Within a couple of years he was working as a commercial pilot, and this also took some maneuvering on Codog's part. A young turk like him does not necessarily get a lot of flying time, so he made sure he fell into the senior pilots' good graces.

"Hinuhugasan ko mga kotse ng mga piloto," he admitted. "Tapos, pag may flight, may baon akong sandwich. 'Sir, sandwich! Here, have some coffee!' O, diba? Dapat madiskarte ka!"  It was during this time when his entrepreneurial exploits—some more questionable than others—caught up with him. After the resignation of a plundering president, the thriving underworld that came with him was in total shambles. The 20-year-old Codog was the fall guy. He left for Hong Kong to escape the heat yet decided to man up and face his charges. He didn't realize the gravity of the situation until he returned. "(Ex-DOJ secretary) Nani Perez exiled me for five years," Codog recalls. "Better than jail, 'di ba?"

It then then when he began his crash course in life. He was passed around the world, from relative to relative, hoping to keep him out of trouble and perhaps get him on the straight and narrow. He lived in the seaside resort town of Brighton, England, where his grandmother ran a housekeeping service. She put Codog to work. "I was the Hoover guy," Codog laughingly shares. An uncle who lived nearby was a contractor and occasional drinker, and Codog felt that their tandem was a better fit. He learned how to tile roofs to earn his keep. His stay with his aunt in Geneva, Switzerland, was short lived because he was seen as a "bad influence" to his younger cousins. "Naging mga potheads," Codog chuckles.

Finally, after a year of jumping from relative to relative, Codog was sent to Dubai to stay with his father. From working as a go-fer in his dad's interior design and landscaping company, he managed to inch his way into the hard-partying circles of the Emirates' Arab princes. 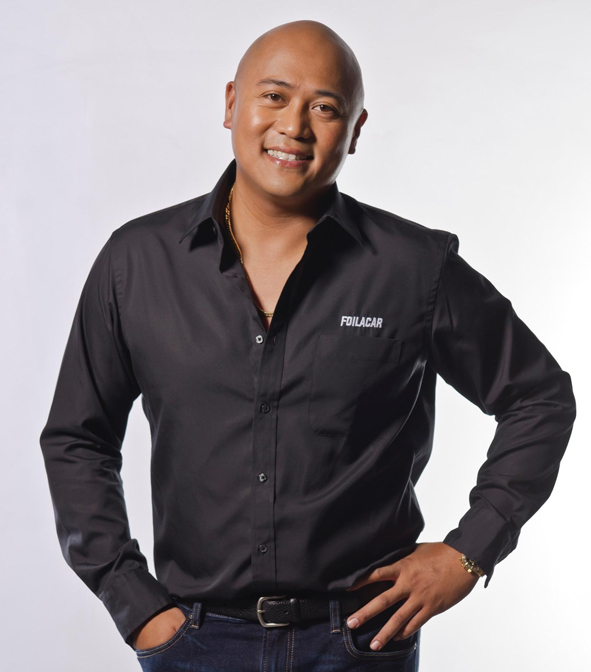 "I'm the funny guy, I like to party, so of course they liked having me around," Codog reveals. It helped that he did not blink at the excesses and fetishes of these ultra-rich sheikhs, a high-living lifestyle Codog has already been exposed to while navigating Manila's underworld. He drove their yachts—the largest and the fastest in the world—and went scuba diving in exotic locations while the party roared on their boats 24/7. He had his rich pals invest in his interior design business specializing in yachts, and when it bombed, they were not miffed. "'It's ok, Lester' sabi nila sa akin. 'We're still friends,'" he recalls. One million dirham, after all, is just a drop in the bucket for these royals. But for Codog, it was a very expensive lesson in entrepreneurship .

Taking a page from his father's book, Codog then decided to work as a horticulturist. "Competitor ng dad ko, pero okay lang sa kanya," Codog says. "Feeling niya hindi ko kaya mamasukan sa iba. I wanted to prove him wrong." In two years, Codog was able to grown his and his partner's business from two delivery vehicles to 63. He shares an anecdote of flying into Vietnam with $50,000 to order vases which he would supply to the burgeoning hotel industry all over the UAE. He ended up buying 49% of the manufacturing company. A little lightheaded from all the success, Codog decided to start a company which directly competed with his partner. Naturally, he got sued and got schooled the hard way on business ethics.

After eight years of being away from home, Codog returned to Manila well-prepared. An industry insider warned him of the looming economic crisis in the Middle East, so while he planned his return to the Philippines, he plotted the building of his empire. Out of the four possible ventures he was interested in, he came up with what is now Foilacar.

"I did not really have assets to begin with, but I had a brand," Codog says. Soon enough, bigger players wanted in on the action. After merging with the massive Mercado-owned IPM-CDC (Jan Vincent Mercado joined the team as CFO), a construction and waste management company, two years ago, Foilacar has been on the fast track to expansion. After adopting various innovations in foiling, Codog is now exploring interior design with wall prints using the same technology with their subsidiary La Deco. 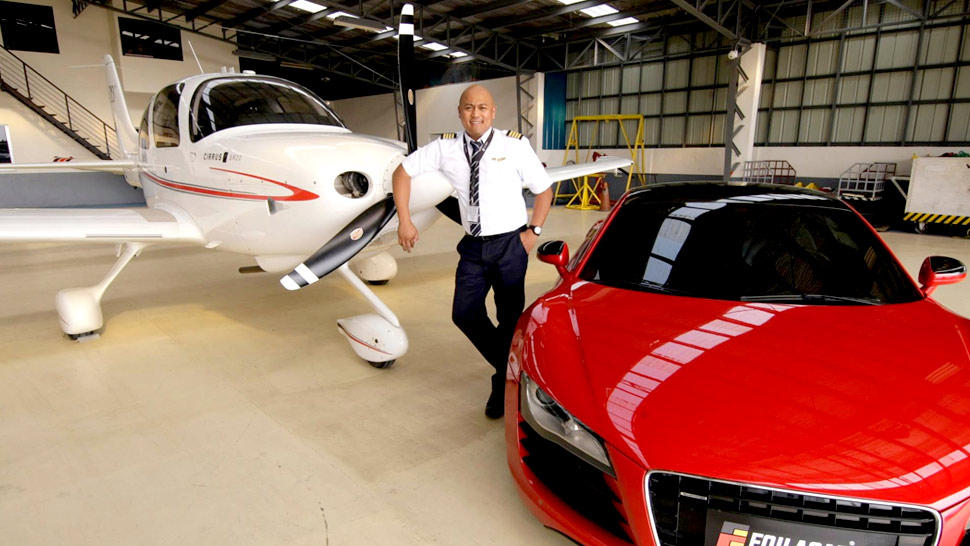 He continues to be the President and CEO of Foilacar, and when he decided to take a hiatus to play golf, sales dwindled. "I had to come back and be present at work," Codog admits. He does not mind—he enjoys playing the role of the hardworking executive as much as the jetsetting playboy. The late JFK Jr. is one of his heroes, and he considers the late billionaire Archie King as  a mentor and friend.

"He taught me humility," Codog says. "'Yung bang minsan meron kang kaharap na ubod ng yabang pero smile ka na lang." And, in the world he operates in, Codog's had to use this tip often. Perhaps it's the wine, but eventually Codog addresses his haters and how they discredit his success. But, in typical Codog fashion, he shrugs it off as if to say "Fuck it." Waving his wine glass in the air, he smiles impishly and says, "I'm a rock star."

When asked how much of it is "the brand" and how much is truly him, he looked almost confused. He tries to make sense of it and explain it to us, but the blatant reality is, he's one and the same. Codog is as much the hard-partying heathen that he portrays in social media, as well as the doting father of four daughters ("my supergirls") who respect and adore him. "I am more than a father to my kids, and our relationship is like I am the elder brother," Codog shares proudly. He warns his older daughters to be wary of men with bad intentions.

While his earlier methods might have been Machiavellian, he continues to be the good son who has been working non-stop since he was 17 because he did not want to be a burden to his family. He remains close to them: Sundays are dedicated to spending time at his mother's house in Manila and going to church. He admitted to being an exorbitant spender, but now his luxuries are mostly flying his family in his personal jet to excursions.

Love him, hate him, envy him—all he really wants is to hopefully inspire you. Codog shares: "I would like to be remembered for how I lived—living the life, enjoying every minute of it, and to remind others that there is no substitute for hard work." 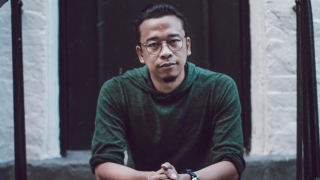 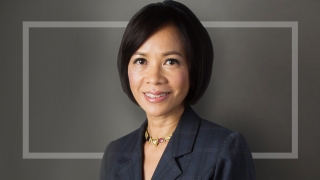