When the final buzzer went off on that fateful night, the Mall of Asia Arena immediately drowned in noise. It was November 20, 2019: Up seven over their opponent and with a final score of 86-79, the Ateneo Blue Eagles were declared the winners of the UAAP Season 82 men's basketball championship, for the third time in a row. Blue Eagles forward Thirdy Ravena threw the basketball up in the air, confetti spewed upwards from the corners of the court, and half the arena got up to cheer.

But the reverberating sound of the buzzer signaled more than just the end of the season—it marked the end of one of the greatest chapters in the story of Filipino college basketball. The Blue Eagles had just completed a perfect 16-0 sweep, unheard of in the UAAP's modern era. They had also proven, in no uncertain terms, that collaborative, system-based basketball—fueled by the self-belief of each player—beats individual talent and athleticism every day of the week.

And yet, for all that there was to celebrate, the final buzzer marked a more poignant ending, too. Five of Ateneo's senior players—Ravena, along with Isaac Go, Adrian Wong, and twin brothers Mike and Matt Nieto—had just played their last game as Blue Eagles. All were set to graduate and move on to the next chapter of their respective basketball careers. For them, the sweet taste of victory was just a tinge more bitter.

It might have been particularly poignant for the Nieto brothers, who had spent 17 years of their lives with Ateneo. They grew up as Blue Eagles, and as Blue Eagles, they learned to be confident in their abilities, to believe in themselves. It was because of this self-belief that they became their college team's leaders—Mike as captain for all of four years, and Matt as a consistent starting point guard. This final win—and the championship it secured—was a fitting reward, and proof that their self-belief was right on the money.

Weeks later, both brothers would enter the PBA draft. Matt, arguably the UAAP's best point guard, was drafted by the NLEX Road Warriors. Mike, an incredibly efficient power forward, was drafted by the Rain or Shine Elasto Painters. Both are also set to continue playing for the country, as part of the Gilas pool for the 2023 FIBA World Cup. Their prospects today are more than promising.

That's probably why they were both in good spirits, days after the draft, when we sat down to speak with them about the past season. The twin brothers talked about growing up with basketball, playing for Ateneo, how their father shaped their love for the game, and why confidence was always their winning factor. Here's what they had to say. 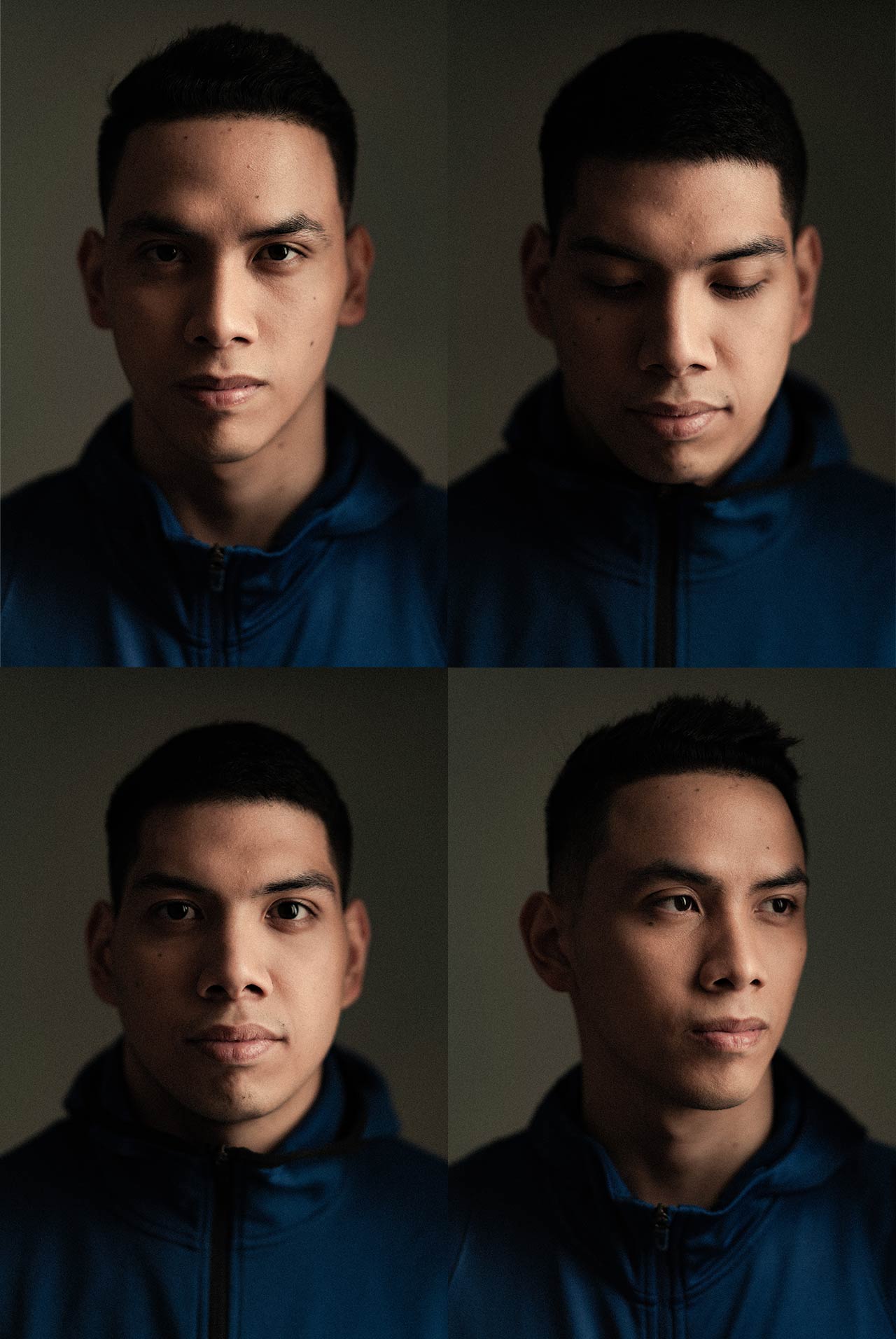 ON GROWING UP WITH BASKETBALL

Our dad has a lucky red shirt. Ever since we started playing basketball, every championship game, he would always wear that shirt—except when we were up against UP, because UP was in red. Kupas na kupas na yun. In Game 3 against La Salle in Season 80, and now against UST—every time na parang feeling niya last game na namin, or kailangan na manalo, he always wears that shirt. Laging naka-reserve yun for big moments, big games. He never uses that sa malls or other places.

I was supposed to be picked for the team in my first year of high school. But they had to make me study, so I could adjust. I was in the line-up na, but they had to force me out and replace me, because the headmaster said, "Matt might fail. And di siya makalaro ng second year, third year, fourth year." That was the first time I ever got cut from a team. I felt bad.

My idol, since I was a kid, has been Kobe Bryant. His mentality, his work ethic. I also really look up to Steve Nash as a point guard, and Tony Parker, because they don't really care about stats. Yung passing ability nila, how they control the game—I looked up to their playing style; not being the "points guard." I have to be the leader, I have to set the tone, I have to be selfless—yun talaga yung job ng point guard.

The [Blue Eagles were] always focused on the next game, and on being the best version of ourselves. But kami ni Mike, our goal was 16-0, because we have to leave a mark on Ateneo. They have to remember our names. That was our family's goal.

ON HIS COLLEGE CAREER WITH ATENEO

I was inside the court when the final buzzer sounded [at the end of Game 2 of the Season 82 Finals]. I didn't actually see Thirdy throw the ball up. Nanghina ako, just laid down on the floor. I was emotional, because that was my last year. That buzzer was the end of an era.

Yung problem namin dalawa ni Mike is we're always under the radar. No one really notices us. Coming into college, si Mike, sure na siya sa team. But I had to work really, really hard. That's probably the hardest I've ever worked in my life. There were two other point guards—superstars, blue chip recruits—in the team, so they were like, "Why do we need a third point guard? "Matt's still unsure, but Mike, because Mike is a natural leader and he has a good attitude, sure na siya." That summer, Mike went to Hungary, I stayed here in Manila, watching him on TV. They didn't allow me [to go], they said I had to stay because I had to fight for my slot [in the team]. I sacrificed a lot of opportunities, like going to Nike All Asia to train with NBA players. I had to cancel that also, just so I could go with the [Ateneo] team to Iloilo to prove my worth.

Coach Tab put me on the bench, [and] made me the second point guard. He chose Adrian Wong over me. From being a starter in my first year in the UAAP, bigla ako naging second point guard. But I still accepted it and stuck to my job. But in my third year, unfortunately, Adrian tore his ACL. We all felt bad. But siguro, sa akin, I was supposed to step up for Adrian. I had to accept the challenge to be the leader of the team.

Before I hit that shot in the game against Taiwan for the Jones Cup, time-out pa lang, sabi ni Coach Tab, "Hit the three and take us home." I really felt the confidence. Making me hit that shot off the time-out—yung confidence ko [was there]. Nag-focus nalang ako sa play, no hesitation. Just shoot it. And after that play, nung na-shoot, well, you all saw my reaction.

Yung influence sa akin ni Coach Tab is, binigyan niya ako ng voice. Ever since, I was quiet, I was shy—I never would have known that I could be a leader and people could trust my decisions inside the court. He gave me my right, he gave me my voice, which I could bring to Gilas and the pros. 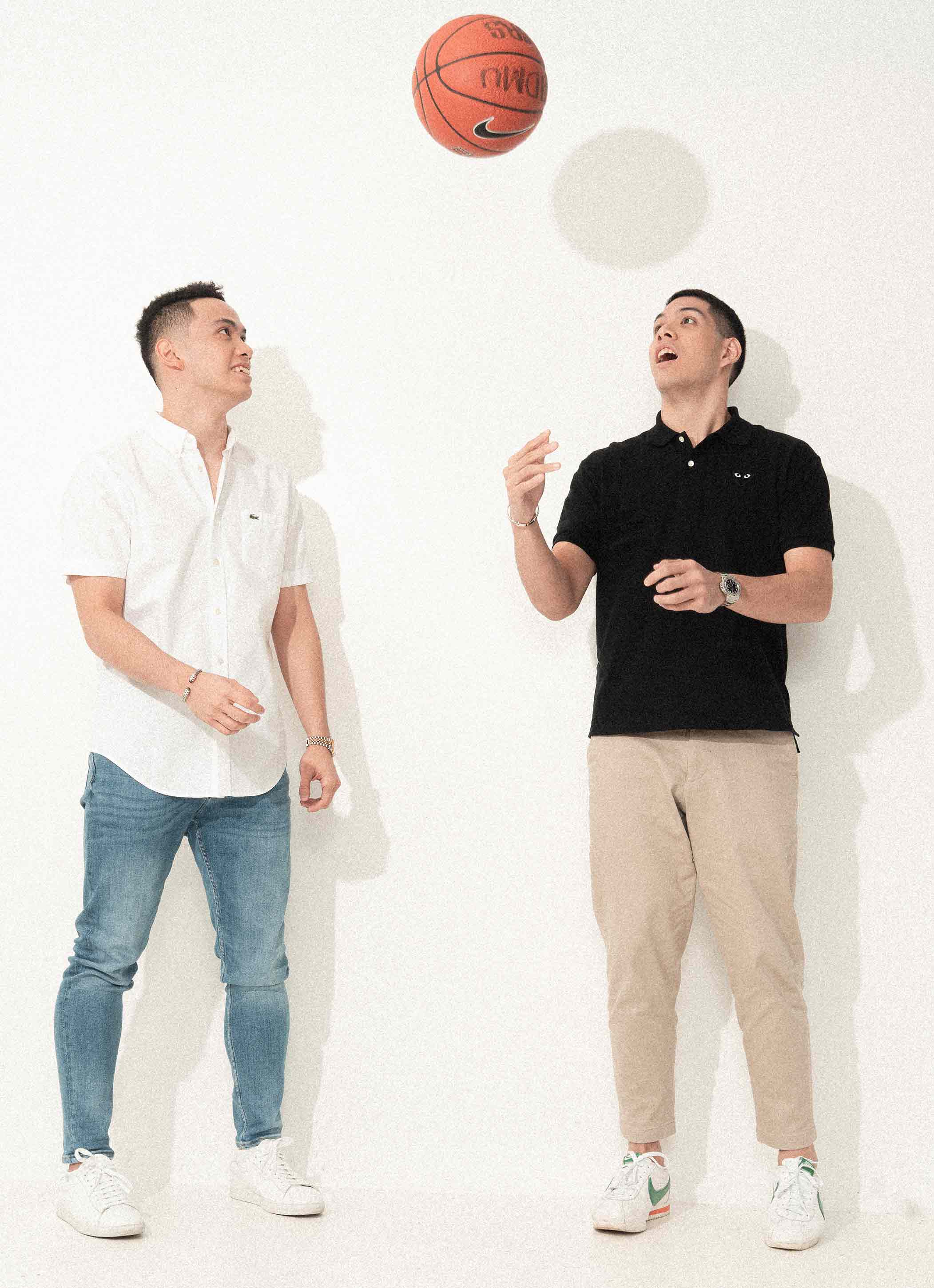 ON GROWING UP WITH BASKETBALL

When we were kids, after school, we would go straight home. Then we usually sleep for about an hour, then dadating na si Daddy. Kakatok siya sa kwarto namin ni Matt, and mag-aaya na ng shooting. Every day yun. Siyempre, as a kid, gusto mo lang maglaro. Pero for him, it was really the start of something big. Yun yung investment niya sa amin.

We hit the jackpot talaga with Coach Tab. He wanted us to be good in college, but he wants us to be better—the best version of ourselves—in the PBA. The UAAP championship will follow—of course, we all want the championship for Ateneo, but that's not his only goal. His goal was for our stock in the PBA to be very high, para kunin talaga kami ng team. And if you have a coach like that, well, [you're] very lucky. Sa [PBA] draft, right after tawagin ako, punta kaagad ako sa kanya, niyakap ko siya, sabi ko, "Coach, you're the reason why I'm here right now."

Never give up. Yun talaga, paulit-ulit kong sinasabi. Ang dami na naming pinagdaanan ni Matt. Ang daming hulog from practices, ang daming tama, ang daming injury, ang daming talo. But at the end of the day, it's your choice. It's up to you if you want to stand back up and bounce back.

You have to believe in yourself, to have confidence in yourself. At the same time, ang laking bagay nung binigay sa akin na tiwala ng team, to be the leader. The confidence that they gave me by trusting me to be their team captain—ang laking kumpyansa eh. Ang sarap talaga ng feeling na may respeto sila sayo. And you just want the best for them. That confidence is key. 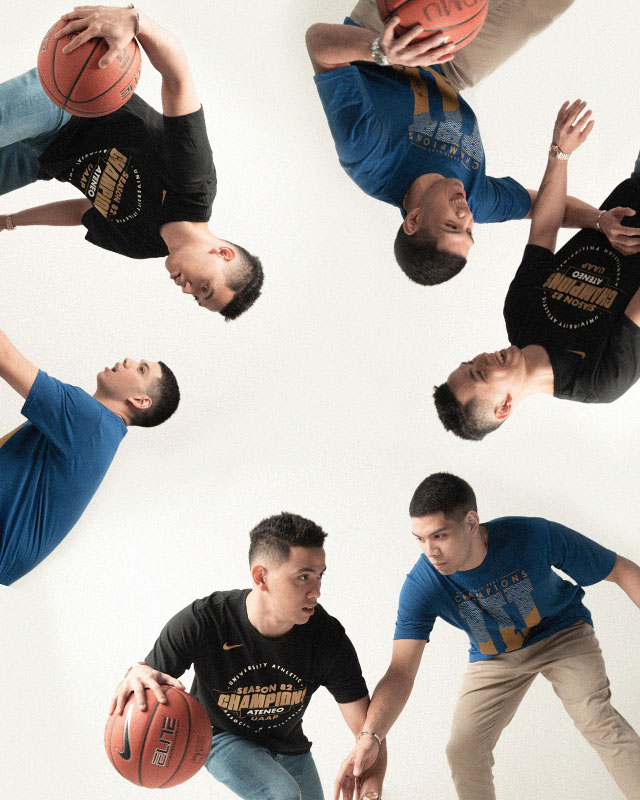 AXA Philippines, the official insurance partner of the UAAP, knows that confidence and self-belief drive every journey. Follow AXA Philippines on Facebook to find out how you can get insurance that empowers you and lets you know you can face every challenge.