"I’m afraid every second of my life. Being afraid is different from willing to fight even when you’re afraid. And that, in my terms, is probably what courage means: you’re afraid, but you fight because you have to." 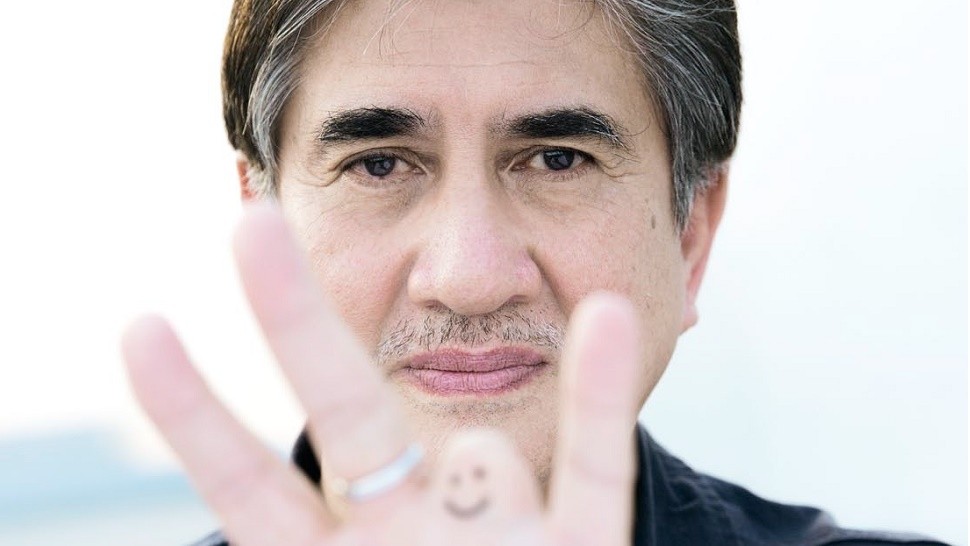 First I wanted to become a priest. So if fate decided otherwise, you would have been interviewing a bishop.

It’s a cliché, but at the [Philippine Military Academy], I learned to be a man for others. To deal with issues that are bigger than all of us combined. To define your career in terms of God, country, and family-it has to be all or nothing. Everything else has to be incorporated into that defining character.

You practically sign a contract where the job description requires your willingness to give up your life, to do what is necessary to accomplish your mission.

I’ve been a soldier for 17 years, with the battle scars to prove it. But please don’t ask me to take off my shirt. I have bullet wounds and grenade scars. Add to that seven years as a military rebel.

When I was underground, they raided one of the houses where we were having a meeting. I had to leave fast and scramble over a fence. My ring finger got caught in a barbed wire and broken bottles. I had to look for the finger and the ring, because my wife would not forgive me if I lost it.

My ring finger got caught in a barbed wire and broken bottles. I had to look for the finger and the ring, because my wife would not forgive me if I lost it.

In the battlefield, you are on the threshold of playing God. You decide who lives and who dies. And you rationalize that with a higher objective.

I have held dying men in my arms, telling me before their last breath that they would give me half a year’s salary so we could rent a helicopter to pick him and the other casualties up, and evacuate them to the nearest hospital. This is embedded in my brain and in my heart forever. That’s why I know how it is to be on both sides, to be on the receiving end of any conflict.

[My] relationship with Senator [Juan Ponce] Enrile has lasted more than some marriages, because we never interfered with each other’s core judgment calls. I can deal with the perceptions that I’m his shadow, and he’s my surrogate father. But I have no regrets. I have learned so much from him, including how to prioritize our objectives and our limited resources. That reflects the highest level of statesmanship.

I’ve been accused of being a coup plotter. But the figures vary. The point is, when certain groups and interests benefit, the vocabulary is kinder: you’re called a military rebel, a revolutionary, an ingredient that completes the People Power in the streets. But if the same interest groups, vested as they are, do not benefit, and they become consistently the target of your “affections,” you are called a power-grabber, a self-appointed messiah, a coup plotter. The vocabulary doesn’t bother me because I’m only after my consistency.

Consistency defines me. I’ve never wavered from what I thought was my purpose in life.

I’ve never aligned myself with a political party because first, we don’t have a functioning political party system. You name me a party and I will tell you how fragmented it is.

We have to learn to build. Before, we had these romantic notions of an overnight revolution, but you realize, over time, that these things take time. You have to build sustainability and predictability.

Organized hypocrisy annoys me. You cannot give what you do not have.

I’ve been shot so many times. It’s not really a painful experience. Some initial shock and pain, then numbness. But I don’t tell everybody that because it’s part of the deterrent to criminals. I don’t tell them it’s not painful.

I don’t agree with this platitude that the youth are our future. They are their own future. By the time they hit their future, we won’t be around. So all we can do is to prepare them. We teach them discipline so they can be dependable. Our job, since they’re our most precious and strategic resource, is to help make them smarter, healthier, happier, and safer.

If you try to destroy my name and get in the way of my going home without my legacy intact, then we fight. My history should tell you that I have the credentials to back that up. I’ve stood on the grounds of Malacañan Palace three times in full combat gear without an invitation, aside from the one from my conscience.

I’ve stood on the grounds of Malacañan Palace three times in full combat gear without an invitation, aside from the one from my conscience.

I’m a light sleeper between two and four in the morning. Ang tawag diyan “oras de peligro.” This is a habit from a previous lifetime; this is when the enemy attacks, or when we attack. In fact, sometimes I hear bugles, and I tense up and start palpitating, and by force of habit, I grab a firearm, which is not there. Then, I look at my wife, this slightly snoring senior citizen beside me. And I pray quietly to God, that ideally, we should go together. If You are to take either one of us, You have to take me first. Because with all my shortcomings, my imperfections, my indiscretions and infirmities, I cannot imagine living a life without this person.

I tell that to newly married couples. Sabi ko, use that line so that you can gain points.

Religion is a word to me. I believe in a power, a force that is greater than all of us. I’ve jumped from perfectly good airplanes about 4,000 times in my life. My parachute has malfunctioned seven times. And the first word I utter is “God.”