The next world war would hypothetically be fought in land, sea, air, space, and on cyberspace. 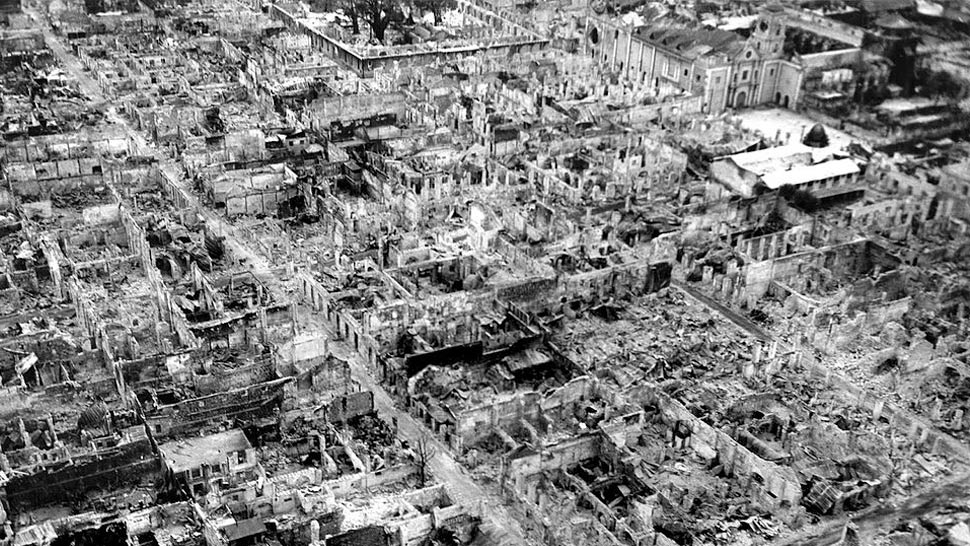 In 1947, Albert Einstein gave a chilling forecast of what the next world wars would be like. “I know not with what weapons World War 3 will be fought, but World War 4 will be fought with sticks and stones.”

Einstein’s statement was more of a prediction on what the apocalyptic nature of World War 3 would be like and his forecast that it would send humanity back to the Stone Age, hence, “stick and stones.” Today, nuclear bombs are unimaginably more powerful than those dropped in Hiroshima and Nagasaki, with some of the present iterations being thousands of times more destructive.

When people think of World War 3, they automatically imagine nuclear war. But would it involve nukes? It’s a possibility, but it might also not be needed. The only likely scenario that nukes would be used in World War 3 is if it was triggered by one country firing at another. That would cause the end of humanity. But thanks to deterrence theory and mutually assured destruction, this seems unlikely now. So what would World War 3 actually be like?

World War 3 will be fought in five domains.

Long before declarations of war are issued, the actual battle would have begun on cyberspace, but it will be very much unlike the cyberattacks you are familiar with. You see, today’s modern military equipment is fitted with digital technology that is vulnerable to many forms of cyberattacks.

In fact, the United States chief weapons expert at the Pentagon revealed in 2014 that nearly every arms program it had were vulnerable to cyberattacks, from its highly classified stealth program to smart missiles program.

Penetrating such military equipment through cyberspace will be a top priority of belligerent states at war with each other. Cyberspace has become a crucial issue that even the U.S. Naval Academy added a new course on Cybersecurity, which is dedicated to attacking and defending this domain. It wouldn’t be surprising to find a whole corps of cyber soldiers working on this front.

In the unlikely scenario that civilian communications systems (like the Asia Submarine Cable Express that connects the Philippines, Hong Kong, Singapore, Malaysia, and Japan) remain untouched in World War 3, we can expect that hacktivist groups like Anonymous will see themselves participating very actively in the war. They will likely hack into government offices and sensitive military secrets or plans, or even force multinational corporations to bend their allegiances to a particular country’s favor.

A small projectile coming from a satellite in space can deal as much damage as a missile because of its speed, similar to how small meteors deliver such devastating impacts. Take, for example, the 2013 Chelyabinsk meteorite that hit Russia: The small piece of space rock that entered the atmosphere caused 1,500 injuries and damaged 7,200 buildings in Russia.

But this is the least of the concerns of warring countries in case World War 3 erupts (we have much more powerful ground-based weapons anyway). As Time aptly phrased in 2015, “Fights in space decide who wins below on earth.” Space has thousands of military satellites used for spying, navigating, communicating, and these will be taken out. Majority of the world’s great powers rely on space for their military communications because it’s more secure and reliable.

Hence, we can expect space debris to multiply once World War 3 starts and countries race each other at firing missiles into space to destroy each other’s satellites.

This will make future space travel and launching additional satellites into orbit nearly impossible because of the billions of debris that would float in earth orbit. Even a tiny speck of debris traveling at 27,000 kilometers per hour can cause a big problem.

In 2007, China conducted an anti-satellite missile test by taking out one of its own weather satellites, much to the international community’s disapproval. The single test produced an estimated 150,000 space debris.

Communications will be taken out.

Imagine a world without the Internet. Your mobile phones rendered inutile, televisions have no shows or programs to air. One of the reasons why the world’s most advanced militaries prefer to use satellites for communications is that they foresee a future in which a world war would cause ground-based communications systems to fail: cell sites, cables, communication lines, and even fiberoptic international submarine cables used for hyperspeed communications and Internet connection. Satellites will still work, though.

This scenario is not only very probable but is expected to happen because it is so easy to take out so much of the world’s communications systems. One way to do that is by detonating several electromagnetic pulse (EMP) shockwaves detonated in the upper atmosphere: It will render every piece of digital technology useless.

The only way that people would be able to communicate long-distance is through radio and telegraph.

For the U.S. and China, the West Philippine Sea is a strategic line of defense, more than a resource spot. On one hand, the Americans view it as its first line of defense in the Pacific (Guam being its second, Hawaii its third), and it is imperative that they assert control over these waters through its famed Seventh Fleet, the largest of all the forward-deployed U.S. fleets deployed around the world. The Seventh fleet consists of 70 ships, 300 aircraft, and 40,000 personnel consisting of the Navy, Marine Corps, and Coast Guard.

But China has a huge advantage: It has built seven artificial islands in the South China Sea, five of which are in the West Philippine Sea. Unlike the U.S. Seventh Fleet, these seven islands are unsinkable, and could easily support more than twice as many aircraft and supplies as the Seventh Fleet.

The Americans would have to rely on bases located in Palawan, Zambales, and Ilocos to counter China’s island bases in the West Philippine Sea, should the U.S. and China become opposing belligerents in World War 3.

How would the Philippines react if World War 3 erupts?

The Philippines is not allowed to declare war on any country, but may only declare the existence of a state of war through a two-thirds vote in Congress, according to the Constitution. It is, however, expected to play neutral, unless it is directly affected by World War 3, like if another country bombs U.S. bases in our territory.

But it is precisely because of American bases in the Philippines that the country is very likely to side with the U.S. on a cooperative level. It means we may not be an allied country with the U.S. in case it becomes a belligerent in a war, but we will be a friendly state to the U.S., meaning we will probably offer our bases as staging grounds and refueling spots for the Americans, and probably send a small humanitarian contingent to aid American troops, just like what we did in 2003 when America declared a vague “War on Terror.” Much of our military forces will be kept at home on red alert and defensive posture, while others focus on evacuating Filipinos in affected areas abroad.

For now, disregard the rhetoric on World War 3

In 2011, Donald Trump defined how the next world war would start. Of course, he posted it on Twitter:

In order to get elected, @BarackObama will start a war with Iran.

Prior to the tweet, Trump said in a video blog recorded in his Trump Tower office on Nov. 16, 2011 that “Our president will start a war with Iran because he has absolutely no ability to negotiate. He’s weak and he’s ineffective.”

And now we have the U.S. and Iran trading missiles. But that’s expected to deescalate. Much of the rhetoric and media hype on World War 3 is sensationalized. When Iran retaliated on the U.S. by firing missiles at the latter’s bases in Iraq, the U.S. responded by saying it will impose sanctions, which is a good sign that it will no longer take military actions. Sanctions are an act of peace in this regard.

As long as we have the same world leaders leading the world stage—Russia’s Vladimir Putin, China’s Xi Jinping, and the European Union’s de facto alpha leader, Angela Merkel of Germany, all of whom are strong believers of regional stability—then the world is still far from seeing a third world war. 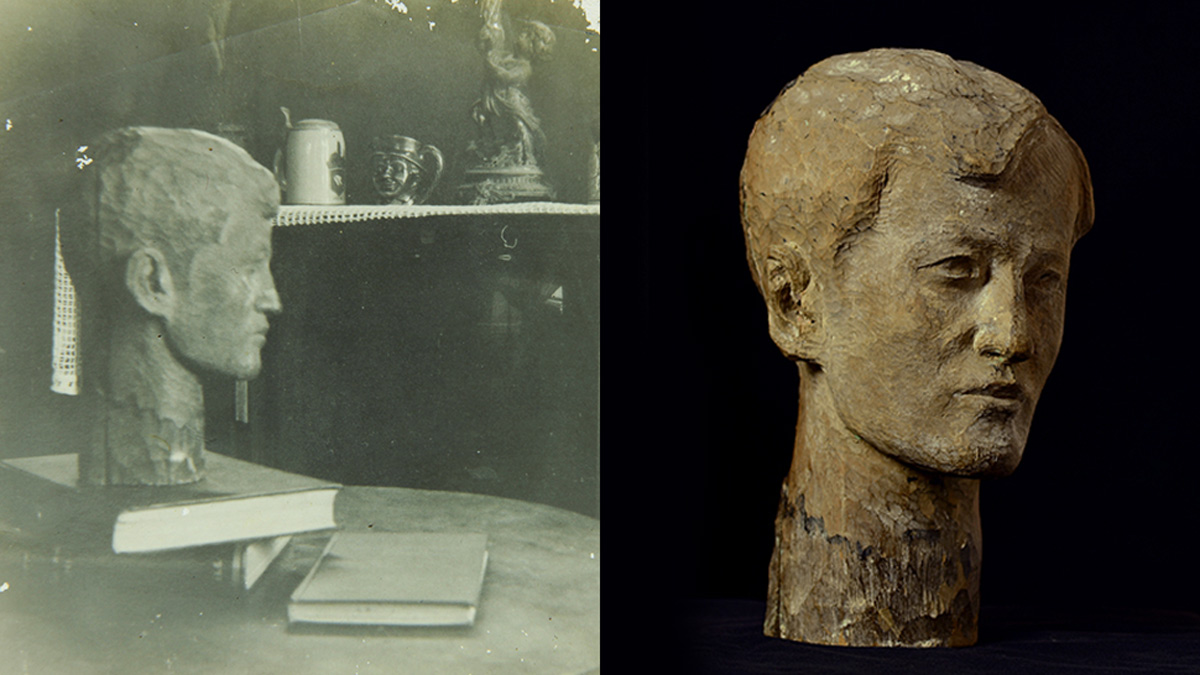