Financial Adviser: 5 Best Performing Stocks in 2019 that Gained up to 134% in One Year

Here are several non-PSE Index stocks that saw huge increases in their share prices in 2019. 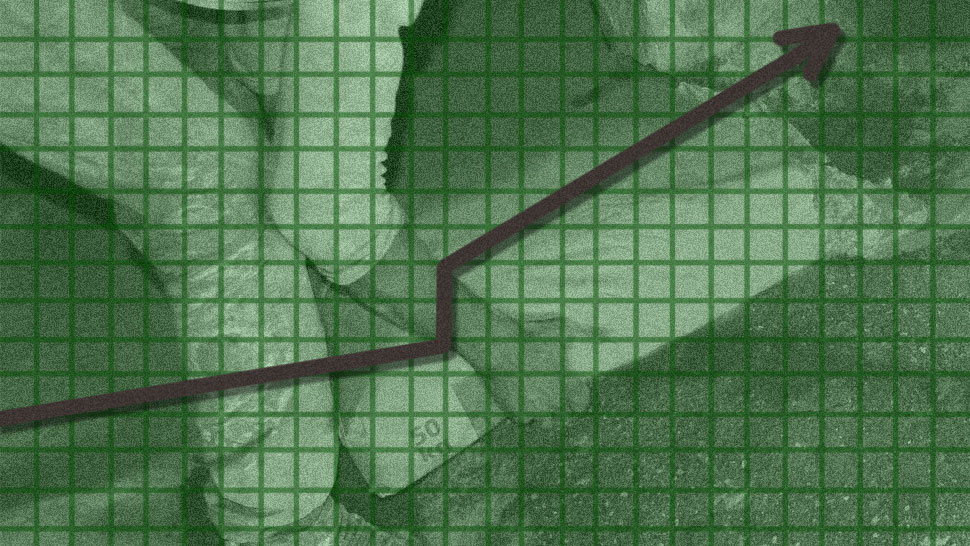 The year 2019 has been a challenging one for the Philippine stock market as the PSE Index see-sawed between 7,500 and 8,300 throughout the year.

While interest rates and inflation fell to historic lows, rising uncertainties over the global trade war between the US and China continued to affect market sentiment.

Although the PSE Index attempted to rally above 8,000 level a couple of times this year, the market simply failed to sustain any recovery due to lack of institutional support.

Nevertheless, the PSE Index ended the year with 4.67 percent gain after it rallied recently from market sell down, which saw the market losing as much as 10 percent from a high of 8,216 in November to a low of 7,469 this month.

The top five biggest blue-chip losers this year are DMCI Holdings, which ended the year with a loss of 48.2 percent; LT Group at -27.8 percent; Jollibee Foods Corp at -25.9 percent; Metro Pacific Investment at -25.0 percent and Meralco at -16.6 percent.

The top five PSE Index stocks, on the other hand, which have managed to post positive returns this year are: JG Summit Holdings, which ended the year with +45.6 percent; Robinsons Land at +36.7 percent; ICTSI at +28.6 percent and Security Bank at +25.8 percent.

More than the blue-chip stocks, despite the dismal performance of the stock market this year, several non-PSE Index stocks also saw huge increase in their share prices.

What stocks were the biggest gainers this year? How promising are these stocks? What are the chances that these stocks will continue to outperform next year?

Here are the top five biggest stock market winners in 2019:

Holcim Philippines, Inc (PSE: HLCM) is one of the leading cement manufacturers in the Philippines.

HLCM, a member of the LafargeHolcim Group, one of the world’s leading suppliers of cement, aggregates and other construction-related services., is engaged primarily in manufacturing, selling and distribution of cement products.

But in 2017, net income of HLCM fell by 60 percent to only P2.7 billion, due to lower revenues and higher financing costs. Net income continued to fall in 2018 to P2.5 billion as financing costs more than tripled.

Because of this, share price of HLCM declined by as much as 67 percent from a high of P17.30 in 2017 to a low of P5.80 in 2018. But this year, the stock started to recover after HLCM announced that it was planning to sell the company to San Miguel Corp.

HLCM shares more than doubled, which went to as high as P14.8 per share in May after the acquisition was completed. The stock has since corrected by eight percent to P13.60.

For the first nine months of the year, HLCM reported that its net income has improved by 7.8 percent to P1.8 billion despite 12.8 percent fall in revenues due to higher margins and lower operating expenses.

Market expectations are high that with new management, HLCM can successfully turn its earnings around to pre-2017 levels as the stock is currently trading at premium of 32.6 times Price-to-Earnings (PE) ratio.

ACE Exenor, Inc (PSE: ACEX) is in the business of oil and gas exploration. The company was formerly known as PHINMA Petroleum and Geothermal, Inc, which is 75.9 percent owned by PHINMA Energy Corp.

ACEX has no track record of profitability as the company has been losing since 2011, but this year, its shares began to be actively traded after its parent company, PHINMA Energy was acquired by Ayala Corp subsidiary, AC Energy.

Share price of ACEX more than quadrupled this year from P3.10 per share in January to as high as P13.92 per share in November. The stock has since corrected by 47 percent to P7.30 per share.

ACEX, which owns 69.35 percent of Palawan55 Exploration and Production, is expected to expand its exploration activities with the support of AC Energy, which is positioning to be the leading renewable energy company in the country.

Without solid earnings outlook, ACEX will continue to be speculative as it ventures into risky investments in the future.

Sta Lucia Land (PSE:SLI) is the leading developer of residential communities in the country, with over 10,000 hectares of completed land development in the last 45 years.

SLI’s revenues, which mainly comes from the sale of real estate properties, have grown by more than five times in the past 10 years from P603 million in 2008 to P4.0 billion in 2018, with an average growth rate of 21 percent per year.

This growth in revenues translates to a 41 percent annual growth in net income from P31 million in 2008 to P1 billion last year.

This year, SLI reported that its net income for the first nine months grew by 121 percent to P1.6 billion from P736 million in the same period last year, as its total revenues increased by 85 percent from P2.8 billion in 2018 to P5.3 billion.

SLI was supposed to conduct a P5 billion follow-on offering last November but decided to defer it to the second quarter of next year to avoid competing with the entry of several IPOs this year.

Although share price has largely risen, SLI is still trading at a huge discount of 59 percent to its net asset value of P6 per share.

Further increase in land values as a result of the government’s aggressive infrastructure programs and continued robust growth in earnings should support share price appreciation by at least another 50 percent to P3.70 per share next year.

When Ayala Corp subsidiary, AC Energy, Inc acquired control of PHINMA Energy this year, the company transferred several of its equity investments into ACEPH via property-for-share swap deal, which was valued at P14 billion.

The acquisitions by ACEPH, which resulted to controlling interest in South Luzon Thermal Energy Corp, will allow the company to increase its annual revenues by at least P5 billion.

The change in strategic direction of ACEPH with the transfer of new assets is expected to stabilize the company’s earnings outlook.

Assuming ACEPH generates net income of P1.5 billion next year mainly from the recovery of SLTEC and equity earnings from the transferred assets, the prospective P/E ratio of ACEPH at current price is 20 times, which is relatively more expensive than the average P/E ratio of renewable energy companies in the region.

Given the speculative nature of the business of ACEPH, it will be safer to buy the stock at lower valuation.

8990 Holdings (PSE:HOUSE) is the leading mass housing developer in the country with over 58,000 completed housing projects under the Deca Homes brand.

Net earnings of the company have been growing by an average of 18 percent per year since 2012 from P1.7 billion to P4.7 billion in 2018 on the back of strong sales growth.

This year, HOUSE reported that its earnings for the first nine months grew by 23 percent to P4.2 billion from P3.4 billion in the same period last year as total sales increased by 21 percent to P10.5 billion.

Despite the huge increase in share price this year, HOUSE is only trading at 14.8 times Price-to-Earnings ratio. Prospects of higher earnings should drive the stock to trade at higher share price next year.

Assuming 20 percent sales growth next year, total sales should reach P16.8 billion. With an average net profit margin of 40 percent, the increase in sales should translate to net income of P6.7 billion, or 19 percent growth.

At projected earnings of P6.7 billion, HOUSE’s prospective Price-to-Earnings ratio is only 12 times, which offers 33 percent discount to market average. 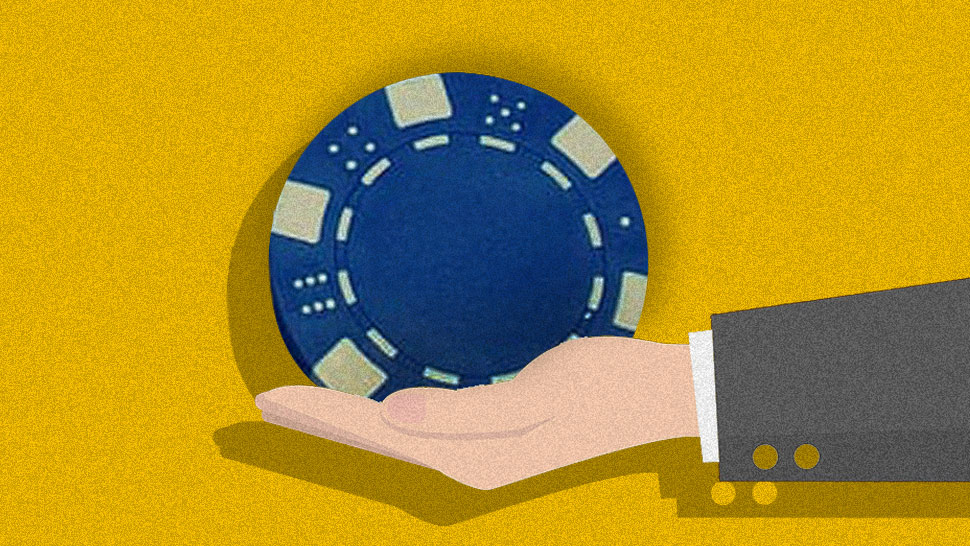 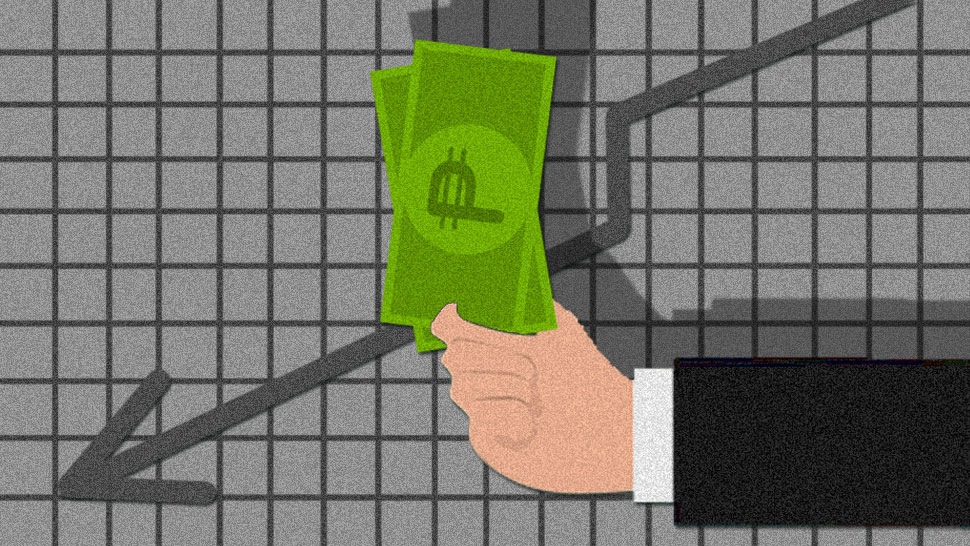 Financial Adviser: 5 Ways to Survive and Profit from a Falling Stock Market
All Photos
Comments
View As List