Go Bigg's or Go Home: Could This Be the Next Great Food Chain?
Money

Go Bigg's or Go Home: Could This Be the Next Great Food Chain?

An iconic 37-year-old brand from Bicol is stepping up to the plate.
CREATED WITH BIGG'S
Dec 30, 2019
Shares
Share
Tweet

One of the great Filipino dreams is to become a successful business owner—as a people and as a culture, we're nothing if not enterprising. There are many great success stories to prove it, and to this day, we’re surrounded by them: restaurants, shops, and even malls that all started out as a singular idea and a person with the drive to make it work. But what exactly does it take to become the next big thing?

One establishment is making a case with its value for quality, consistency, and of course, its deep love for bringing customers a great dining experience. 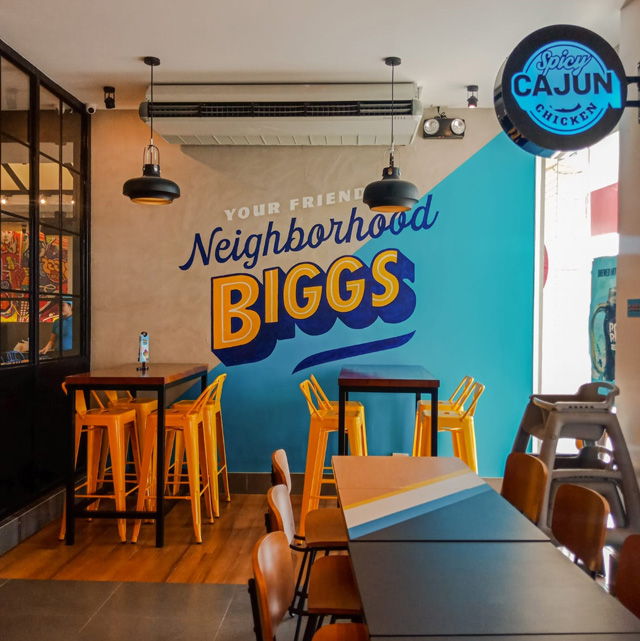 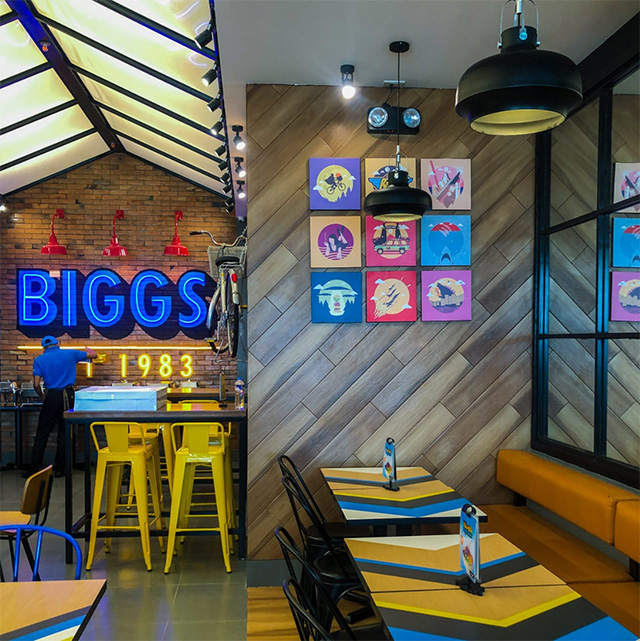 Bigg’s first got its start as a take-out counter in Bicol some 37 years ago. Brought together by their passion for good food, Nena Centenera, Teresa Buenaflor, and Maricar Manjon envisioned Bigg’s as a place where locals could get a taste of American-style diner food like fried chicken, burgers, and hotdogs, without having to travel all the way to Manila.

Since then, though, Bigg’s has grown to be so much more. It has diversified its menu, offering items like Pork Cordon Bleu, Baby Back Ribs, and Tenderloin Tips; and expanded to places like Batangas, and most recently Manila—all in a bid to become the next great food chain. 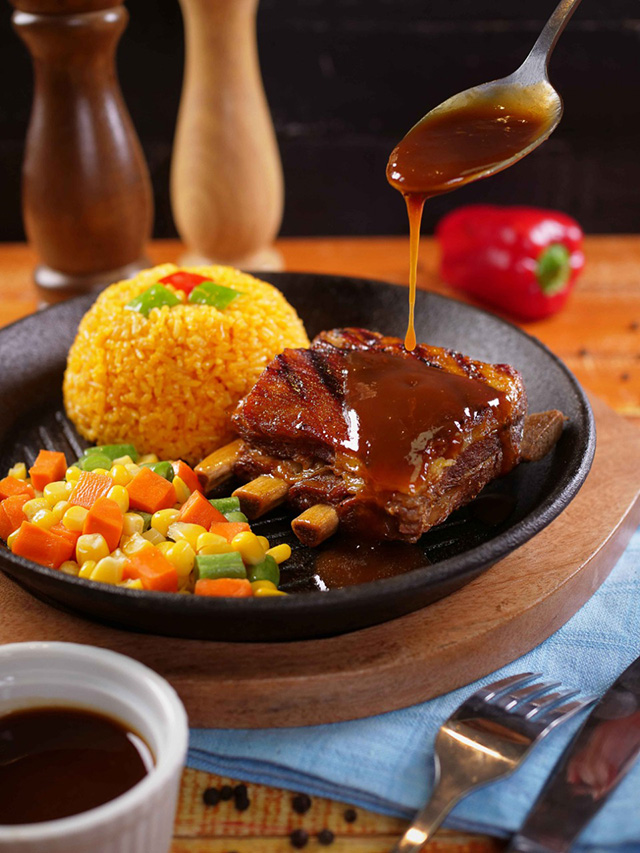 But the decision to expand to Manila wasn’t easy, according to Bigg’s CEO Carlo Buenaflor. While it had been a goal for some time, they knew they had to stand toe-to-toe with bigger, more established brands. What helped, he says, was that people are looking for a new dining experience.

“The market has grown [more] sophisticated, and tired of the old brands," he says. "As experienced with our existing market, there is strong demand for something new yet familiar. Bigg’s is the answer to that."

With its 37-year-old history, it also should not come as a surprise that Bigg’s has already garnered a faithful fan base, all of whom swear by the diner’s service and dedication to providing food that’s delicious yet affordable. And because fans of Bigg’s are active on social media, Buenaflor believes that they played a significant role in getting the word out about the chain’s first Metro Manila branch, in SM Fairview.

“Thanks to social media and a strong existing fan base, word spread like wildfire that we [were] already in Metro Manila,” Buenaflor shares. “Despite Fairview’s distance from Makati and Manila, our loyal customers braved the traffic just to be able to treat themselves to their favorite chicken, which they grew up with.”

The founders themselves are aware of that pull, and how significant Bigg's is to its customers. "Some of our customers grew up with us," says Teresa Buenaflor, one of the three co-founders. "They know that Bigg’s is consistent and faithful to the quality, service and cleanliness that they grew up with. [They can] experience the comfort of knowing each dish served is the recipe of a 37-year-old establishment, and everything has been tried and tested all these years."

Meanwhile, co-founder Nena Centenera credits the success of Bigg's to a filial bond. "I believe that we owe it to a solid partnership and enduring sisterhood amongst us founders," she says, also acknowledging that the business was passed down to good hands. "Later on, the staunch dedication and innovative spirit of our second generation—namely, CEO Carlo [Buenaflor]—was the main reason for our longevity," she says. "Nothing like family to hold a business together!" 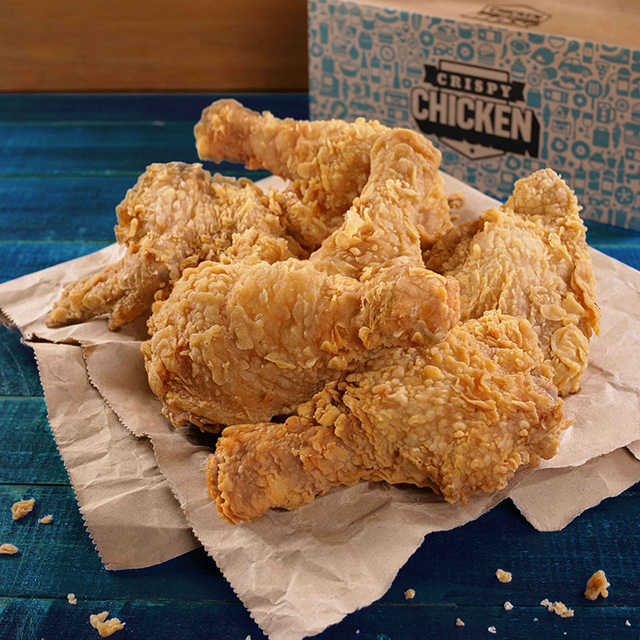 Despite only having started operations in Manila in the middle of 2019, Bigg’s is already looking forward to growing even bigger. Buenaflor says they’re hoping to become a 100-strong chain within the next five years, and they’re looking for people who share the same passion and vision to help them do just that. It's a path that Bigg's started on as far back as 20 years ago, when it signed its longest-standing franchisee. But through the years, Bigg’s has found even more great partners in franchisees who share their values and vision.

Socrates Conti, who leads the Metro Manila franchise, is proud to have invested in a well-known brand that’s also thoughtful about its expansion. “The best thing about [having a Bigg’s franchise] is the support, as well as the name that has been established in the Bicol Region and has found loyal supporters even in Metro Manila.”

He’s especially glad to have full support from Bigg’s HQ, which does everything it can to ensure that business is good for its franchisees. “Bigg’s’ good support system helped us continue what we have started,” says Conti. “Our big wins are the more-than-targeted daily sales that help us pay our suppliers and stakeholders on time.”

Sheila Sabularse, who’s also a Bigg’s franchisee, is equally proud to be leading a business that provides great employment opportunities for Filipinos. “The best feeling is that you get to provide employment, thus making them a productive citizen of the world,” she says. And for her, leading a Bigg’s franchise also represents incredible personal fulfillment. “It feels great. I get the chance to honor my parents by paying it forward. I know that they will be proud of me because I get to fulfill one of my dreams, and that reflects on them, because they’re the ones who helped me and reared me to be the person that I am now.” 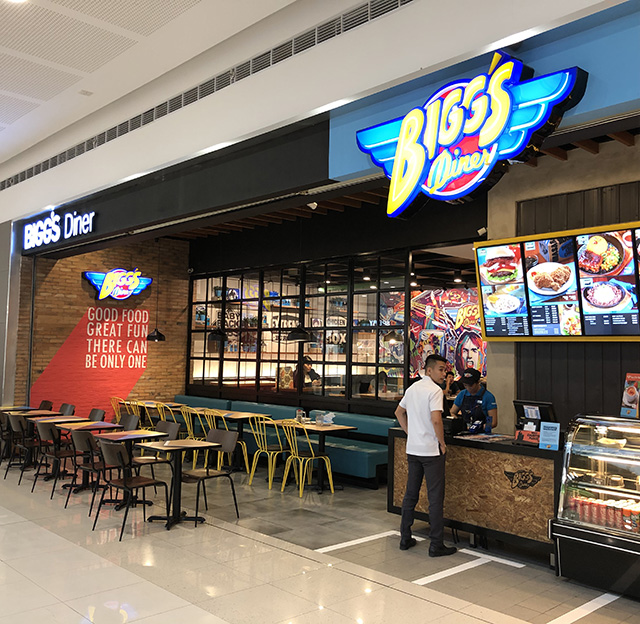 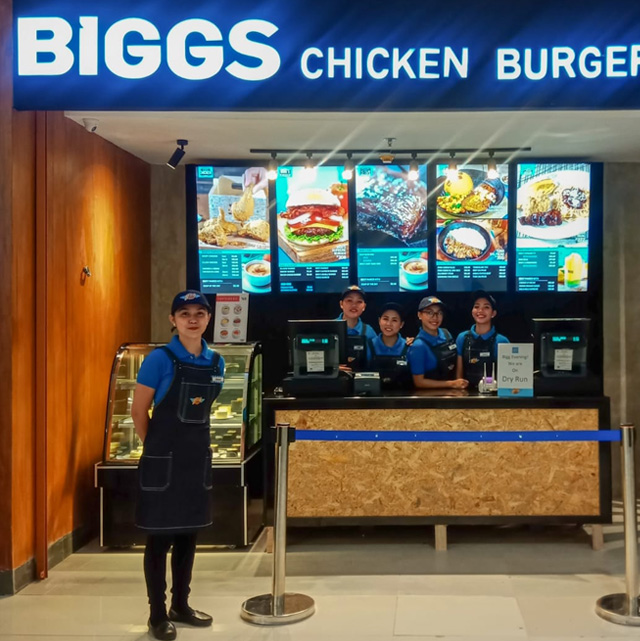 Sabularse's success and fulfillment led her to open her second Bigg's franchise—a move that's not uncommon among Bigg's partners. Of its seven franchisees, two have multiple stores, which is telling of the brand's prospects as it expands.

Franchisees like Conti and Sabularse represent the first wave of a massive expansion for Bigg’s. The younger Buenaflor has big dreams for what was once a humble food kiosk, setting his eyes at the stratosphere of all food chains. “We are the future of Filipino quick service dining,” he says. “We are looking for franchisees that feel the same way and would want to be part of building the next big brand in food service. It won’t be easy, as we uphold very strict standards and some franchisees may find it challenging. But if you want to be part of a family that’s passionate about building the next big food chain, then Bigg’s it is.”

Follow Bigg's on Facebook to learn more. For information on franchising, visit the Bigg's franchising website or get in touch with Bigg's through these mobile numbers: 091751-BIGGS or 0917 512 4447.