There are a few selected stocks that have managed to outperform the PSE Index. 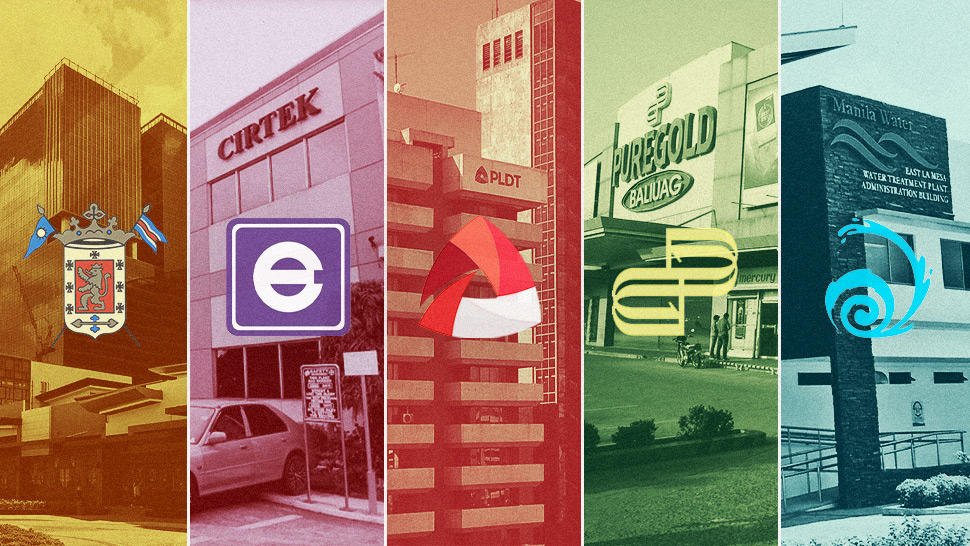 Also read: This CEO Grew Up Inside Bilibid Prison

The market has been recovering slowly, albeit on weak volume turnover for the past months since it collapsed to its 10-year low at 4,039 last March.

Although the PSE Index has regained some of its losses from the crisis, it is still down by 22.2 percent from its level at the start of the year.

Investor confidence remains low as fears of another meltdown caused by uncertainties from the ongoing pandemic crisis continue to hound the market.

About 75.9 percent of all listed stocks in the PSE are down with an average loss to date of 25.6 percent.

Despite the gloomy market outlook, there are a few selected stocks, mostly small cap stocks, that have managed to outperform the PSE Index.

For purposes of ranking stocks with good market liquidity, we shall only select stocks with a net income of at least P1.0 billion based on their financials from 2019.

Here are the top five best performing stocks this year so far and how you can possibly profit from them:

Emperador, Inc (PSE: EMP) is the biggest liquor company in the Philippines and largest brandy manufacturer in the world with market presence in 55 countries across Asia, the Americas, Europe and Africa.

The company manufactures and distributes some of the biggest liquor brands in the world such as Emperador Brandy, Andy Player Whisky, Smirnoff Mule, Scotch Whisky, Whyte and Mackay Blended Scotch Whisky, and Fundador.

EMP’s revenues, which mainly comes from brandy sales contributing about 73 percent of the total, have been growing by an average 10 percent per year for the last five years from P32 billion in 2014 to P51.5 billion last year.

Its net income, however, grew only by an average of two percent per year, from P6.2 billion in 2014 to P6.7 billion in 2019 due to rising cost of operations that lowered its profit margins.

For the first six months of this year, despite the COVID crisis, EMP reported that it managed to increase its earnings by almost 1.4 percent to P3.3 billion on revenues of P21.5 billion, whose growth was almost flat.

EMP was recently included in the PSE Index, replacing Semirara Mining (PSE: SCC), which should attract more institutional coverage of the stock in the future.

EMP’s current Price-to-Earnings (PE) ratio of 25x may be higher than market average because the company is a global player in the alcoholic industry.

Compare this pricing to Diageo Plc, a leading alcoholic beverage company based in London, which has a PE ratio of 45x, and EMP has the potential appreciate further in the long run.

TECH’s revenues, which are mainly contributed by its customers from Europe and United States, have grown by an average of 13 percent for the past 10 years from $23 million in 2009 to $80 million last year.

However, this year, TECH reported that its total revenues for the six months this year was lower by 13 percent due to the global economic slowdown and lower demand for electronic and communication devices.

Despite the drop in revenues, TECH managed to increase its net income by 117 percent to $4.98 million from $2.29 million last year due to high gross profit, which improved to 27.5 percent from 22.3 percent and lower operating expenses, which declined by 18 percent.

TECH was the biggest loser in 2019, which saw its stock price drop 87 percent from P31.80 per share in January of that year to only P4.07 per share by year-end.

The stock price, however, rallied strongly at the start of the year, rising 190 percent in January to P11.84 per share. TECH has since corrected on profit-taking and is now trading at P5.64 per share, which is still up by 38.6 percent.

TECH is currently trading at PE ratio of only 4.24x and its share price presents a huge discount of 59 percent to its book value of P13.76 per share.

TEL has been constantly growing its revenues for decades being the dominant player in the industry but in 2015, its revenues peaked at P171 billion with lower income at P22 billion due to high operating expenses and financing costs.

Since then, revenues started to fall in the next two years to P159 billion in 2017 as net income continued to fall to P13.4 billion only.

But in 2018, TEL started to recover, growing its net income by 41 percent to P18.9 billion with 2.5 percent increase in total revenues to P163 billion.

Last year, TEL’s net income further grew by 19 percent to P22.5 billion on the back of 3.8 percent revenue growth.

For the first six months of this year, TEL reported that its total revenues continued to increase with 5.8 percent growth to P86.7 billion from P81.9 billion last year but its net income was almost flat at P12.3 billion.

TEL has been a consistent dividend payer for years but because its income had been shrinking in the past years, its dividends had been falling, too.

The fall in dividends mirrored the fall in the share price of TEL, which lost 71 percent in value from P2,906 in 2015 to as low as P849 per share in January this year.

But the recovery in earnings has enabled TEL to increase its cash dividends by 6.9 percent to P77 per share from P72 last year, which helped boost the stock price by 59 percent from its low.

Based on TEL’s cash dividends this year, the stock’s dividend yield is comparatively high at 5.7 percent despite the rise in the stock price.

Higher income this year should enable the company to give higher cash dividend next year, which should support higher share price.

About 77 percent of PGOLD’s revenues comes from its Puregold supermarket chains while the balance of 23 percent come from S&R membership shopping.

For the first three months of the year, PGOLD’s net income continued to grow by 16.8 percent to P1.7 billion from P1.5 billion last year on the back of strong revenue growth of 17.4 percent at P40.9 billion.

Assuming the same seasonal growth in the second quarter, PGOLD’s total revenues for the first half of this year should have increased by 17.5 percent to P83.6 billion with net income of P3.3 billion.

PGOLD has been one of the best performing blue chip stocks since the lockdown period with a total gain of 70 percent.

At PE ratio of 19.8 times, PGOLD is considered relatively undervalued considering that it is one of the few big cap stocks that will most likely deliver double-digit earnings growth this year.

MWC is a utility company that historically tends to outperform the PSE Index during a market downturn.

Amid market uncertainties, utility stocks are perceived to be safe havens by investors because of its steady income streams.

For the first three months of this year, MWC reported that its total revenues grew by 13.9 percent to P5.2 billion from P4.6 billion in the same period last year.

This increase in revenues enabled the company’s operating income to grow by 38.2 percent from P1.9 billion last year to P2.7 billion, but non-recurring expenses brought down its net income to P1.25 billion, which slightly declined by 1.5 percent from last year.

MWC used to pay cash dividends every March and October, but this year, for the first time since 2005, the company may skip its annual dividend payments.

Nevertheless, the stock’s current share price is trading at only 7.4x PE ratio that is about half of the market average PE.