Few saw the rise of esports, but Ferdinand Gutierrez did. 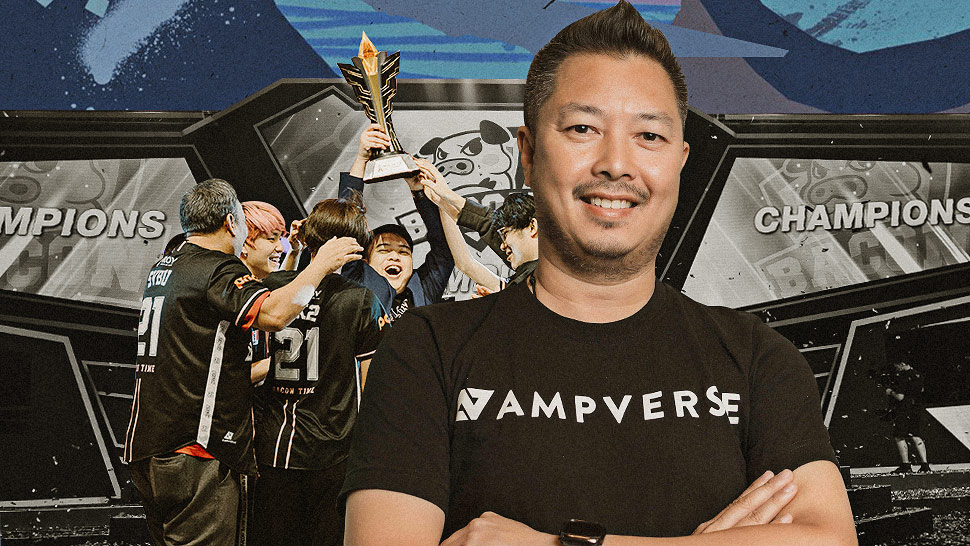 Foresight is always 20/20, so goes the saying. It’s easy to say ‘I saw it coming’ when something becomes successful, even if we really had no idea. Esports was one of those things few saw becoming the juggernaut it is today. But Filipino advertising wizard Ferdinand Guiterrez, head of international esports company Ampverse, did.

Gutierrez is one of the top Asian executives in the gaming and esports scene, and the CEO of Ampverse, an esports holding company that owns and operates esports teams and leading gaming communities. The company also produces gaming and esports content. To say that it’s growing fast would be an understatement. Founded in 2019 by Gutierrez and three others, Ampverse already has a major presence in Thailand and Singapore and is slowly expanding into Vietnam and India.

In a nutshell, Ampverse is a company that acquires and grooms champion esports teams and gaming personalities, builds loyal and engaged communities around them, and provides fans and brands a variety of ways to support them.

“We think gaming in the East is where the next wave of sports personalities and celebrities will come from,” says Gutierrez.

But before leading Ampverse, Gutierrez was firmly entrenched in the advertising world. Born in the Philippines but raised in the United States, he was a Communications major in college and started his career as an advertising assistant in New York.

“I really started at the lowest possible position in the agency,” Gutierrez laughs. “But it gave me a unique perspective, as I got to see all aspects of the advertising/media world.”

From there, he rose from the ranks and was eventually tasked with handling Coca-Cola in the early 2000s. There was a catch though: he had to move to Thailand.

“I was really excited to go to Thailand because it’s very near the Philippines, where a lot of my relatives still live.”

Gutierrez has always had a knack of getting ahead of the curve when it comes to trends, a trait he says has helped him become successful in advertising and marketing.

“I always want to be at the cutting-edge of things,” shares Gutierrez. “I’m always trying to find the next big thing and to always stay relevant.”

While leading traditional media planning teams in Thailand in the mid-2000s, Gutierrez started seeing a new industry take shape: digital marketing. It had immense potential, he reckoned, and he believed it was the future of the industry. He also saw it as an opportunity to finally go back to his roots.

“Digital marketing had this unbelievable potential to equalize the playing field and enable anyone to get their media requirements directly online. And it was in its infancy in the Philippines at the time, so it was the perfect reason to go home.”

In 2007, Gutierrez established New Media in the Philippines, one of the first digital marketing agencies in the country. Today it’s widely regarded as one of the founding entities that spearheaded the digital revolution in the local advertising and marketing space, though it wasn’t without challenges.

“At the start, we didn’t focus on selling or marketing, but in education,” he explains. “Brands and companies either were not ready and/or equipped to do digital marketing or didn’t believe in the revenue models behind this new advertising channel. We really had to teach the market how to start in digital from the absolute beginning.”

The first taste of gaming

While New Media became very successful with the help of other Filipino partners, Gutierrez eventually went back to advertising with Ogilvy in Singapore a few years later. There, he would soon be introduced to an industry he knew nothing about—gaming.

“While in Ogilvy, I started seeing the massively untapped market of gamers,” says Gutierrez. At the time, social games were just taking off, but it was largely ignored by major companies and brands.”

Just like with the digital marketing trend he saw years in advance, the executive went on to dip his toes in the gaming world. But he wasn’t going to be just a marketer this time. He dove headfirst into game development.

With the help of close colleagues and family, Gutierrez started Sandbox Global and developed a social game called Stylista on Facebook. His team was composed mostly of men, and yet, Stylista was a game made for women.

“We looked at the analytics of people who play social games, and we found out the 65 percent were women!” Gutierrez says.

The game was simple. You go through the map and unlock shopping streets all around the world that are based on real-life addresses. And if you win or your ranking is high, you have the chance to win real-life prizes such as Louis Vuitton bags.

Because of this, they were able to grow a loyal community around Stylista and it zoomed through the game charts. At one point, it had one million users playing daily.

The experience taught Gutierrez the value of community as well as having a platform that enables that community to easily support the game.

Stylista became so popular that it was bought out by another company and Gutierrez once again returned to advertising. He went on to become the CEO of Havas Media, one of the leading agencies in Thailand, and then later on became the marketing head of Twitch, the largest streaming platform for gamers.

But having had a taste of success in gaming and knowing full well what a giant of an industry it will be in just a few years, Gutierrez was soon lured back into it. This time, he wanted to marry his advertising and marketing experience with a specific subset of gaming. Ampverse was born in 2019.

While esports has seen astronomical growth in recent years, it’s still very much new. Professional esports players can make a good living from winning tournaments, but their earnings and influence pale in comparison to traditional sports athletes like basketball’s Lebron James or football’s Lionel Messi. That’s because traditional sports have always been attractive to brands and products. Esports? Not as much. Not yet anyway.

“The problem right now is that there are very few esports athletes that can transcend themselves beyond being popular in the esports space,” he says. “The industry needs human stories and huge personalities to reach beyond traditional gaming audiences. Once there are esports personalities that evolve from being local to global stars, then esports will be on the map.”

That’s where Ampverse, composed of a diverse group of advertising and video gaming professionals, comes in. It wants to create an ecosystem among esports teams, their fans, and the brands and products who will bring in revenue.

The problem is that gaming audiences and fans can only watch professional players with limited personalities win tournaments for so long. Just like traditional sports, there needs to be an entertainment aspect in esports that can convert casual consumers to passionate fans in order drive sustained interest. Gutierrez believes that content is the answer.

“The way you can connect to the new generation of consumers is through authentic content. Gamers are a community-driven group. If a professional gamer or esports athlete is true to themselves and have great presence among your community, audiences will not only love them, but be very loyal.”

But cultivating an engaged community around esports teams through high-quality content is just one aspect. Ampverse was able to expand rapidly in just a few short years because it has been able to deliver new revenue streams for gamers and esports teams.

On the horizon, Ampverse plans on a strong D2C (direct-to-consumer) component with foundations in data in order to give fans more amazing new digital and non-digital products and experiences.

As of now, Ampverse has already acquired one major esports team in Thailand (BACON TIME) and has agreements with leading teams in Vietnam and India. And it’s only just getting started.

“The goal is to be the ‘Beast in the East’ and to own and operate a portfolio of the top esports teams and communities this side of Europe,” Gutierrez says.

Becoming the next big thing in esports is indeed a tall task, and Gutierrez admits as much.

However, the young exec is confident in his approach to building businesses because it is guided by his strong Filipino values.

“I treat businesses like I treat a family. No family is perfect, just like no group of professionals are. One of our mantras at Ampverse is imperfect people working perfectly together. This philosophy works for both family and business as its rooted in trust, respect and empathy. With these in place, businesses have the right values to accomplish great things.”

“It’s also about that undeniable Filipino grit. We’re used to challenges and hard work, and we make things happen no matter what.”

So, could we be seeing Ampverse in the Philippines soon?

“Yes, definitely," Gutierrez says. "We’re just getting things ironed out in other locations, but I’d love to be able to introduce Ampverse to Filipinos. My heart is still in the Philippines.”

Armed with decades of experience and that never-give-up attitude that’s distinctly Filipino, Gutierrez is primed to climb to even greater heights with Ampverse, setting the stage for the next generation of talented Asian game professionals to make it to the big leagues. 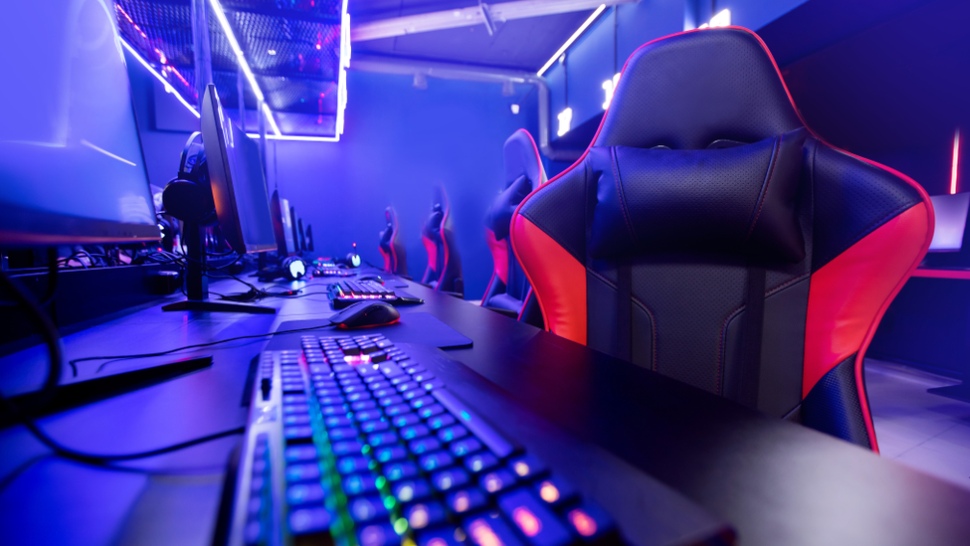 Lyceum Has a Whole University Course Dedicated to Esports
More from EsquireMag.ph 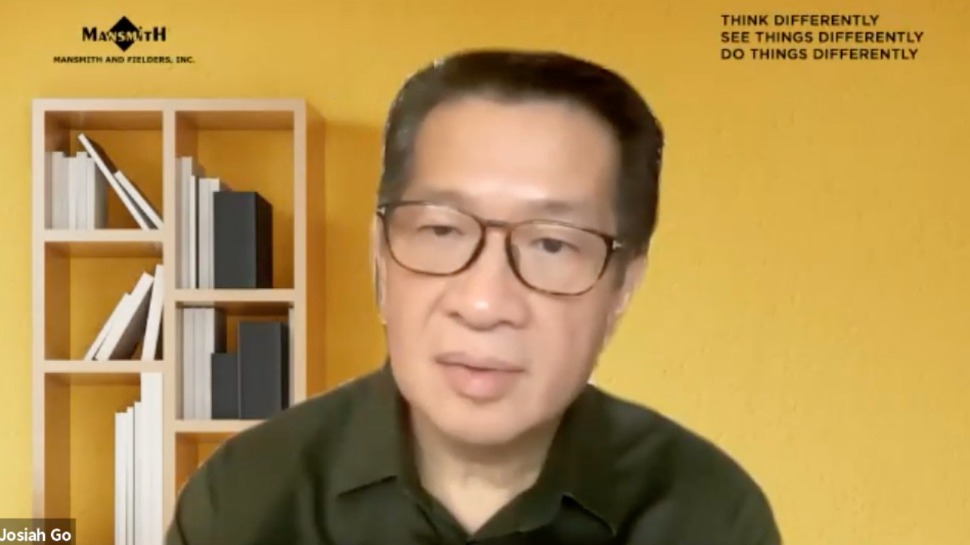 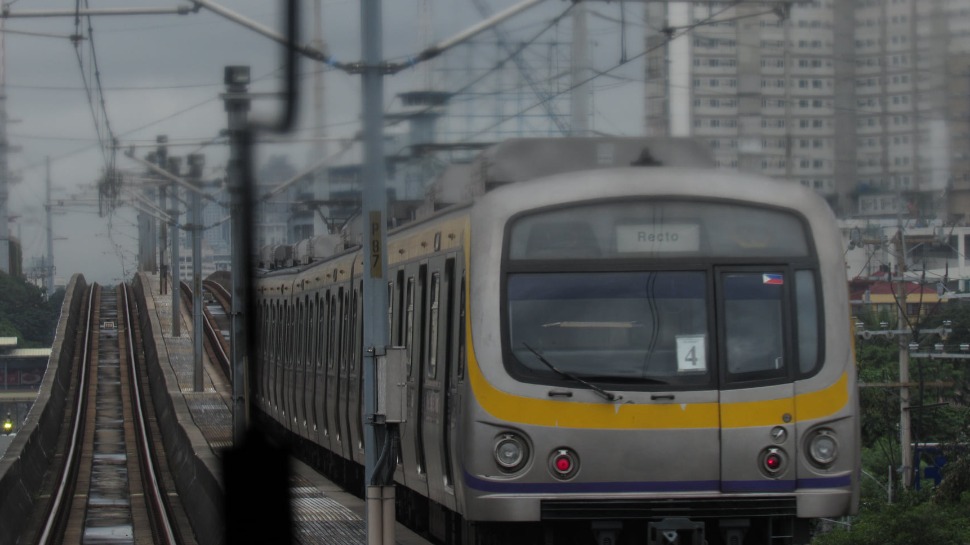