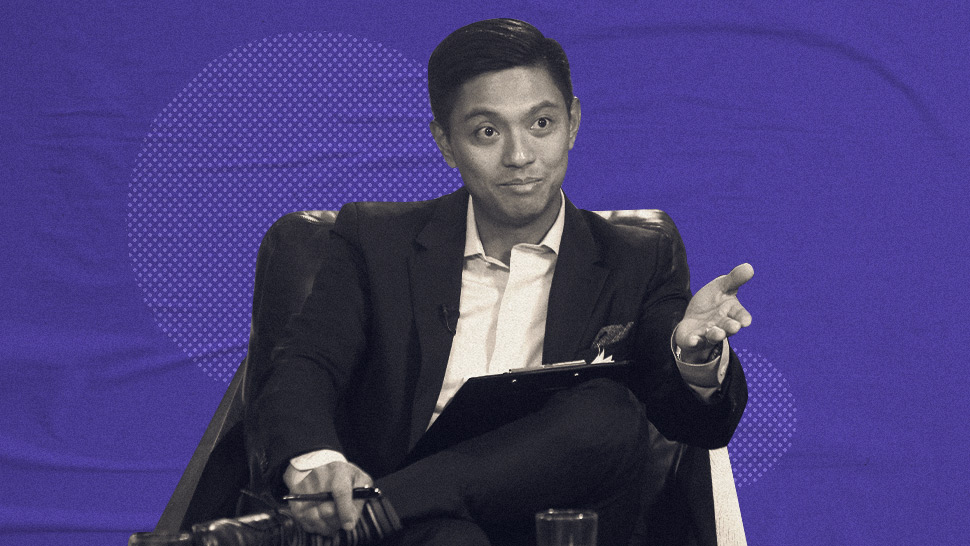 Family businesses don’t always last. Many fall out of the family by the second or third generation as a business isn’t a promise that the kids will be able to keep the engines running when the legacy is passed on.

It’s only the rare few that manage to turn family businesses into empires, and it's these business empires, many of which are now conglomerates, that are household names.

But outside the country’s top family businesses are the underrated legacies in places beyond Manila. Down in Davao, and throughout Mindanao and Visayas, there is one family business that has stood the test of time to become one of the leading home-grown property developers of the South: Damosa Land Inc.. It's a company that is part of Antonio Floirendo Corp., the legacy of the Floirendo family that got its start in banana farms and car sales.

Throughout the decades (and the generations), the family has managed to evolve and transform its business from agriculture to automobiles, and now, to property with Damosa Land Inc. The real estate arm of the conglomerate stands today as a testament of a business’ ability to adapt, evolve, and accept the disruptive and innovative ideas of the “youngsters.” One of these youngsters is Cary Floirendo-Lagdameo, the First Vice President of Damosa Land and a third generation scion of the family.

Since Lagdameo came on board with Damosa, business has grown by a whopping 400 percent. In an interview with Esquire Philippines, he credited the growth to “good timing that I came in while the company was growing.” Mere presence, however, isn’t enough to boost sales by four-fold.

Under Lagdameo's leadership and guidance, Damosa became the fastest-growing company across the family conglomerate’s sister companies. He received a prestigious Entrepreneurship Award from Ernst & Young in 2017, not an easy feat even by the standards of most accomplished entrepreneurs.

But numbers are not the only measure of success for Lagdameo, and through him, Damosa. As a province-based corporation, the family business is extra-conscious of its impact to the local communities, local economy, and local development. It’s no secret that Philippine industries can be Manila-centric, but the efforts of businesses like Damosa in recent years have tried to grow businesses in their hometowns, like Davao.

Like many old businesses that continue to flourish today, the family enterprise got its foothold in agriculture when Lagdameo's grandfather, Don Antonio O. Floirendo Sr., set up the first Ford dealership outside of Manila and called it Davao Motor Sales (aka DAMOSA). Floirendo Sr. also ventured into agriculture, growing everything from abaca to bananas to pineapples and tomatoes. History remembers "The Don" as a controversial figure for his close friendship with the Marcoses, but in Mindanao, he was the “banana king” who was wholly dedicated to his region.

After agriculture and automobiles, real estate became the next logical step as the properties the company owned were already prime locations to build residential and commercial areas, industrial parks, flexible workspaces, and much more.

Even with all these new innovations, agriculture remains the center of the business. In fact, one of Damosa’s most highly anticipated projects is Agriya, a farm tourism project that aims to create a symbiotic relationship between real estate and agriculture, a topic that’s often contested in the Philippines where land disputes are common. The township project will merge residential properties with farm tourism as well as set up a school focused solely on agribusiness.

“Some people might say it's trying to fit a square peg into a round hole,” said Lagdameo. “I guess our vision is what we can do for Mindanao. [Agriculture] can apply to all projects. [If] we're going to build out an industrial park, why not make it an agricultural base or agricultural focus industrial park to promote food production, to promote production of packaging that's used for agribusiness… We want to stay true to what Mindanao is all about, and what the double region is all about. Yes, we are developing, but we still have to put importance on agriculture (and food security).”

With Lagdameo’s concept in mind, he also hopes to combine agriculture-friendly real estate with a vision of an industrially developed Davao region, where people no longer have to leave the province to find opportunities because the opportunities will be right there for them to pursue.

Becoming a Mentor for Young Entrepreneurs

With his contributions to the family business, and to his community as a whole, it’s no wonder why the VP has become an industry leader in Davao and a mentor for young entrepreneurs. Lagdameo got his start in Damosa at a relatively late age; he was 35 years old when he decided to enter the family business after years as an investment banker in Metro Manila. His time in investment banking crunching numbers and analyzing businesses helped sharpen his business acumen. Like many scions of business families, his last name got him through the door, but it was his skills that allowed him to stay and grow the business to what it is today.

It was Lagdameo's experience and reputation in the industry that led to him being invited to become a mentor-investor on The Final Pitch, a The Apprecntice-style reality competition television program, where he was able to impart wisdom on the startups and budding entrepreneurs seeking the same level of success as Damosa and Lagdameo.

“When we look at investments, what you’re really looking to invest in are the entrepreneurs themselves,” said Damosa’s VP. “It’s really a test of how good you think this entrepreneur will be.”

It’s become exceedingly rare to come across ideas that monopolize a particular space. There are millions of great ideas, but only a handful of great businessmen and entrepreneurs who are knowledgeable, passionate, and competent.

“When we were taping The Final Pitch, I made a very conscious effort to look at the personality of each person to understand his background, to understand why he's doing what he's doing, and also to understand whether this person is sensible with the things that he's doing and not just shooting for the stars. So it's really a test of character, I would say,” said Lagdameo.

If he could share two lessons with budding entrepreneurs, it would be to 1) embrace failure, and 2) embrace passion.

“Entrepreneurs will probably hear all the time to the point where it gets the sound like a canned answer, but you can't stress it enough,” he shared. “The moment that you get that home run or the moment that you succeed, it's going to outshine all of the failures that that you've had in the past… [And] there's only so few of them that have the passion and the willingness to see their projects to fruition.”

With competition everywhere, especially in the growing startup space, the agility needed to innovate your business model at any given time is paramount to your survival. This piece of advice is more important now more than ever considering the pandemic. Lagdameo urges young entrepreneurs to understand that the pandemic and this financial crisis is temporary.

“This is probably the biggest challenge that they're facing. So if you get over this, everything else is going to be relatively easy,” he reassured. “Have no shame in asking for help.”

How the Third Generation Keeps the Family Enterprise Thriving

More than 70 years after it began, the Floirendo business conglomerate continues to thrive, a feat that only a fraction of family businesses accomplishes. More impressive is the fact that the family business has remained in the family as a private, family-driven enterprise.

“We've been able to grow this much in the last 70 years without having to go public,” shared Lagdameo. “So I think that's probably one big reason why the family has been okay staying as a closely knit, privately owned, family-owned business.”

In fact, the Floirendos are not the only third generation employees under the conglomerate.

“There are already third generation employees whose grandparents worked for my grandfather back in the day when they were setting up our plantation and our manufacturing facilities," he said. "Now, the younger ones are with me in the real estate business. So, we put a lot of importance on family.”

An initial public offering is something Lagdameo sees in the distant future for Damosa Land, but it’s not something he’s racing toward. The steady growth of Damosa Land Inc. embodies the very reason the family enterprise has managed to stay within the family: by keeping it tight-knit and community-focused, without rushing after the idea that bigger is better.

But Lagdameo admits it’s no easy feat to keep the enterprise alive. It’s a misconception that entrepreneurs born into family businesses have it easy. If anything, they’ve got to prove themselves more, especially in the face of elders who have years of running the company under their belt. Younger generations with new ideas have to come to the boardroom with their homework prepared.

Like his other family members in the business, Lagdameo doesn’t look for quick and easy solutions and projects. Every innovation must be pursued with a 10 to 20-year vision on the horizon, with the mindset that answers the questions: “How good will this affect the community 10 years from now? How many jobs can this particular project generate in the next five to 10 years?”

Perhaps we can ascertain that the secret then to longevity is not how much money you make, but the relations and communities you build. And perhaps it’s not about building a business, but about building a legacy. 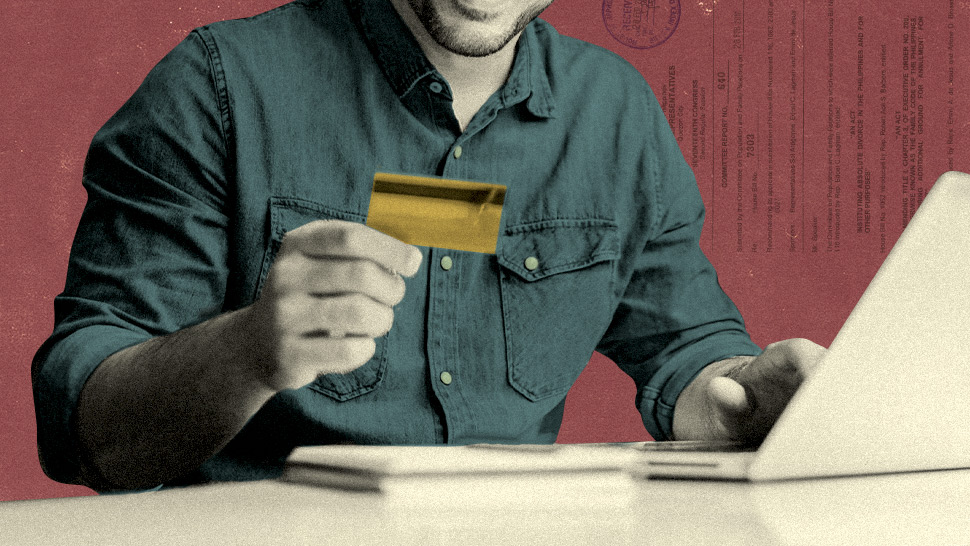