Looking for a New Coworking Space? Here are 8 Options that Launched Recently

There's a reason why more and more people are choosing to work in a coworking space.

In fact, since we last made a list of shared office spaces to check out, there have been dozens and dozens of new coworking spaces that opened around the country. The names behind these spaces have expanded from new property businesses to traditional real estate developers and even to multinational coworking space operators.

Why are coworking spaces popular?

The appeal of a coworking space can be boiled down to one word: flexibility. Companies are given several options on how they can design their workspaces, and individuals are free to manage their own schedules. Many coworking space operators also have several locations, allowing users to go to the most convenient destination for them.

Another reason why coworking spaces are popular is because of its heightened focus on collaboration, with its open areas, light atmosphere, and frequent events, all encouraging its users to interact and network with each other. It also helps that many of these spaces offer various perks and benefits to its members such as unlimited coffee, discounts in nearby stores, and even business mentorship.

Here’s a roundup of eight coworking spaces in Metro Manila that opened in the last 12 months.

One of the biggest names in the global coworking space industry, WeWork formally launched its first Philippine branch last February. Located in Uptown Bonifacio, the two-floor location adds to WeWork’s total of 425 coworking spaces around the world, all of which are open to its members for use.

Dubbed as “the largest flexible workspace in the Philippines,” the 85,000-square-meter KMC Cyber Sigma opened its doors last May. It’s one of KMC Solutions’ 19 shared office spaces around the country, as the real estate developer and analyst also has locations in Alabang, Ortigas, Cebu, and Iloilo.

Acceler8 is one of the most well-known names in the local coworking space industry, having already opened two locations in Makati. Last January, it launched its third coworking space in PHINMA Plaza at Rockwell Center.

The company offers various rates starting at P550 for a day pass, though some of the prices vary across the three Acceler8 coworking spaces. PHINMA Plaza, 39 Plaza Drive, Rockwell Center, Makati. acceler8.ph.

One of the biggest indicators that the coworking space concept is taking off in the Philippines is the entry of traditional real estate developers into the industry. One of those developers is Ayala Land, which currently has six locations for its new coworking space brand, Clock In. It launched its newest location, Clock In Vertis North, earlier this month. 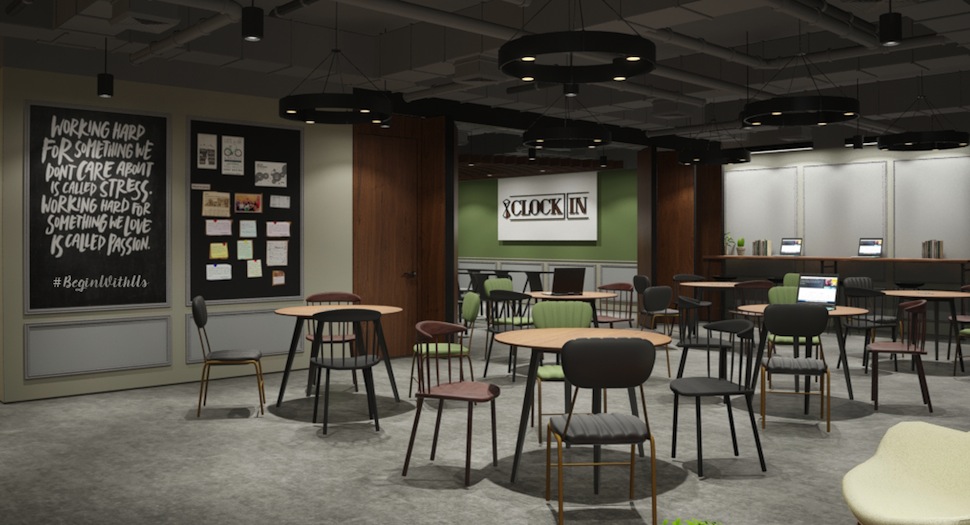 Another traditional property developer getting into the coworking space trend is Robinsons Land. The company launched the first branch of work.able last January, located in the Cyberscape Gamma building in Ortigas.

Launched last May, Work Folk describes its location as a “cozy and chic coworking space.” Located in the M1 Tower within Salcedo Village, this coworking space is managed by hotel operator Hospitality Innovators Inc.