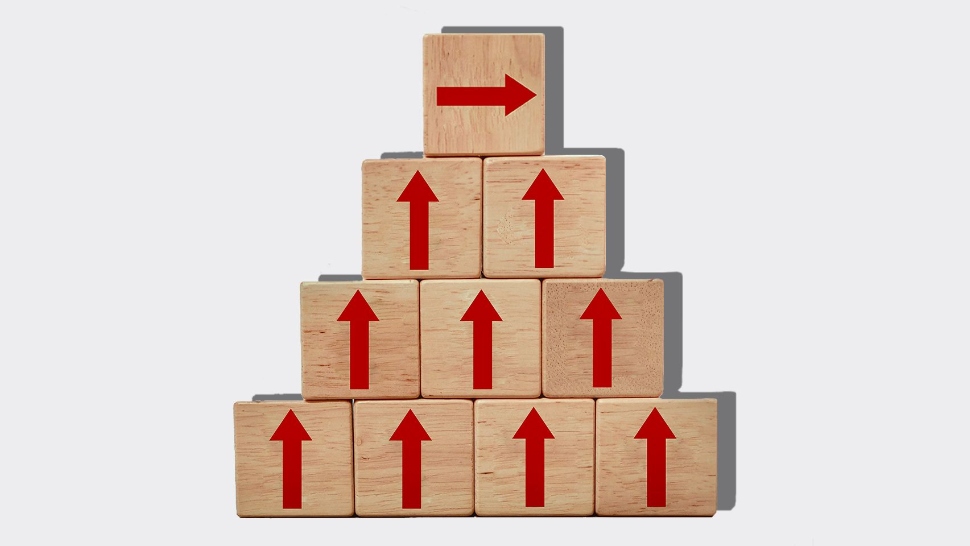 The idea of changing careers after fifty was once unthinkable, but for many Americans it has become increasingly common. It may not be as long as a first career, nor as linear, but second and even third careers are going to be a part of the collective future of the more than 108 million people who are now fifty or older. In fact, with 10,000 people a day turning sixty-five in the U.S. and with one in five Americans being sixty-five or older by 2030, there is a growing cultural desire to “retire” the concept of retirement.

For instance, if someone is sixty-five and healthy, they may live another twenty-five years—or longer—with an opportunity to have another run at something that is fulfilling and purposeful. If you are fifty, that may mean another forty years of life. The forty-year career is fast becoming the sixty-year career span, according to Stanford University’s Center for Longevity New Map of Life report. As a result, moving into next careers at midlife will be common, especially for Millennials—who start turning fifty in only eight years—and those that follow them, requiring a constant state of reimagining the possibilities of different kinds of work over a long lifespan.

According to Kerry Hannon, workplace futurist and author of In Control at 50+, there are no longer rules—implied or otherwise—about when people can change careers, nor should someone approach a second career the way they designed their first, especially in the second half of life. “It is all about redeploying the skills that you have acquired over a lifetime of work.” said Hannon. “What are you good at and how do you put that to work in a new direction? Take a different approach acknowledging that a new career may last ten years and then another one may follow that. It’s all about lifelong learning and acquiring new skills along the way.”

While the possibilities are there for a new beginning, it takes patience, determination, a focused strategy and the inevitable question of income. Most of all, it requires a deep dive into what, and how, you want to spend your time in a next career chapter.

Peter Lichtenthal was the president of a major beauty brand, reaching the top of his profession after a thirty-five year climb up the corporate ladder. As he approached his late fifties, he spent nearly two years thinking about what he was most passionate about before contemplating a change. “As an executive, I loved developing other people, guiding them through their careers, and helping them to find the best versions of themselves,” he told me.

Identifying this as a core strength, he turned it into his new career as an executive advisor and leadership coach with a focus on how to change careers at midlife.

Now in his sixties, he has helped a corporate financial executive utilize his acumen with a love for sports into a new entrepreneurial experience in the franchise world of sports and recreation, as well as guiding a communications industry executive into a new business that supports students in underprivileged communities.

In my book, ROAR into the second half of life, I interviewed forty people who made a midlife change after fifty. Stephanie Young, a writer and editor, decided to become a medical doctor at fifty-three. Randy Boyd sold his business in his late fifties and is now the President of the University of Tennessee in his early sixties. When his business went bust at fifty, Jim Gath started a new career with family members to open the Tierra Madre Horse & Human Sanctuary, a home for neglected horses and human therapy. They all had the desire, the vision, and the mindset that there could be a dynamic next career in their lives. I call them the Re-Imagineers, role models who are pioneering the way to this new approach.

In speaking to several executive recruiters at both large and boutique firms, they identified many best practices that someone can adopt when getting ready for a change, whether it is a new career in your company or industry or a completely new direction, all while navigating the reality of what is still systemic ageism in the marketplace.

According to Suzanne Burns, a partner at the global firm Spencer Stuart, it is important to identify what success means to you at this point in life. Do you want to work full-time or create a hybrid approach? With remote work becoming more of a reality, it may change your thinking.

All of the recruiters acknowledged that ageism is still alive and well in the marketplace, but things are beginning to change.

“The impact of COVID has changed a lot,” she said. “Some people are choosing to step out of the mainstream job market to create a portfolio career, where they may have a set of activities that make up their next chapter. That might include a combination of a board seat, consulting, spending time with a nonprofit, and being an entrepreneur.”

Martha Heller, of the Boston-based Martha Heller Search Associates, offered this advice: someone should “try on” a new career by taking courses, joining associations in their desired new area, or job shadow someone who is doing what they’d like to do.

If, for instance, someone is a CFO and wants to become a technologist, what are the practical steps to do that? According to Heller, one approach might be to make a move to a software business that sells software solutions to CFOs. Use core competencies as a springboard into a new industry or type of job. If a person wants to move into sales, they should ask themself: have I done the homework on what the day to day is actually like? Talk to friends and colleagues who are actually doing the job.

She also suggested that what worked in the past may not work in the future. “Get some training in new technology trends, be adept at social media and figure out what other skills will be important as you plan your move,” she said, adding that people have to decide if they are willing to take a pay cut to change career course.

Claire O’Donovan, a partner at London-based boutique firm Etonbridge Partners, has identified “interim management” as a major approach for a second career. “In the UK and France, it is well-established. Companies hire experienced managers and C-suite executives to work on assignments over a short period of time,” she said. “It offers a great way to tap into your knowledge and experience, while maintaining a lot of flexibility for what else you may want to do with your life.”

All of the recruiters acknowledged that ageism is still alive and well in the marketplace, but things are beginning to change. But companies, governments, and institutions will be forced to course correct. Many corporations still don’t include age in their diversity, equity, and inclusion policies. A study from PWC pegged the number at only eight percent. Many accounting and law firms still have mandatory retirement ages in the early sixties, pushing out highly skilled and experienced employees who start their own companies that they envision as their next twenty years of work.

Burns has seen a softening of age parameters, especially in the C-suite, where there is a supply and demand issue for seasoned talent. According to Heller, job seekers should research companies and their hiring profiles, identifying cultural fit and focusing on their experience, leadership skills, and “runway” for a potential job. Be upfront, she advised, by telling the company that you’d like to do this for five years and help to build a succession plan.

Be aware of words like hungry, high energy, and digital native that many times imply a bias against those who are older, as well as identifying companies that use algorithms to weed out resumes that identify age based on experience. The goal should be to always find a way to get in front of a senior executive who does the hiring.

For those fifty or older who want to start a new direction, there are many different sectors and industries to consider. 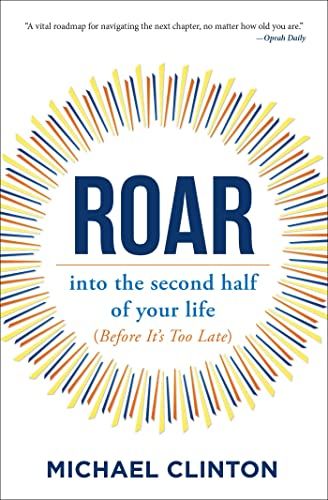 Roar: into the second half of your life (before it's too late)

Hannon suggested riding the “age wave” for new opportunities. “With people living longer, there will be many new goods and services that will be emerging, from patient advocates to senior concierges and all aspects of eldercare,” she said, noting that a company like wellthy, which offers personalized care and support, is a good example. Alan Patricof, one of the early pioneers of venture capital and private equity industries, started a new business at seventy-two and then another one at eight-five. His company, Primetime Partners, focuses on creating new products, services, and experiences in the global sector of aging and the new longevity. He and his partners are riding the age wave.

In her book, In Control at 50+, Hannon also recommends looking for companies that are Certified Age Friendly Employer status (CAFÉ) and search agefriendly.com/jobs. Organizations such as Next for Me and Encore.org, a group that offers fellowship programs in the social sector, are also good to explore, along with the Occupational Handbook.

Become more creative in personal brainstorming. If an academic, for instance, wants to move into the corporate world at fifty, what skills can they bring? A psychologist can move into human resources, while a business professor may take on a strategic role. One great example is a longtime division head of a major corporation who became the in-house global recruiter for VP levels and above. His knowledge of the company, experience, and people skills allowed him to create a new career direction.

For those thinking about leaving the corporate world to become an entrepreneur, fifty or older is the perfect time to explore, because of the experience, knowledge, contacts, and resources they’ve accrued. A 2019 study by the Ewing Marion Kaufmann Foundation found that nearly twenty-five percent of new entrepreneurs were between fifty-five and sixty-four, almost double from twenty years prior. Dave Bateman, a Washington state lawyer, and his wife Trudy, an emergency room nurse, became coffee growers in Kona, Hawaii, starting Heavenly Hawaiian Farms when they were in their fifties.

Another robust career change that would welcome anyone at midlife is the nonprofit world. This can include joining a board, donating time, and exploring certificates and degrees that can give a great perspective into this sector. Nonprofits are hungry for experienced managers in all disciplines.

Donna Emma, a longtime Wall Street executive, completed a Master’s degree in her fifties. She is now the co-chair of Mass General Hospital’s Leadership Council for Psychiatry, an effort dedicated to expanding awareness of mental illness and reducing its stigma.

Ultimately, the old construct of the one career life is becoming obsolete. This is a people’s movement that will embrace the idea that new careers will not only start at fifty or older, but also will become how we all live our lives moving forward. The opportunity to reinvent and take a whole new path at midlife is here and thriving for the many who have already made the move.

About The Author
Michael Clinton
Michael Clinton is the special media advisor to the CEO of the Hearst Corporation and author of ROAR into the second half of your life.
View Other Articles From Michael
Get The Latest Updates From Esquire!
Subscribe to our newsletter!
Latest Feed
Load More Articles
Esquire Money 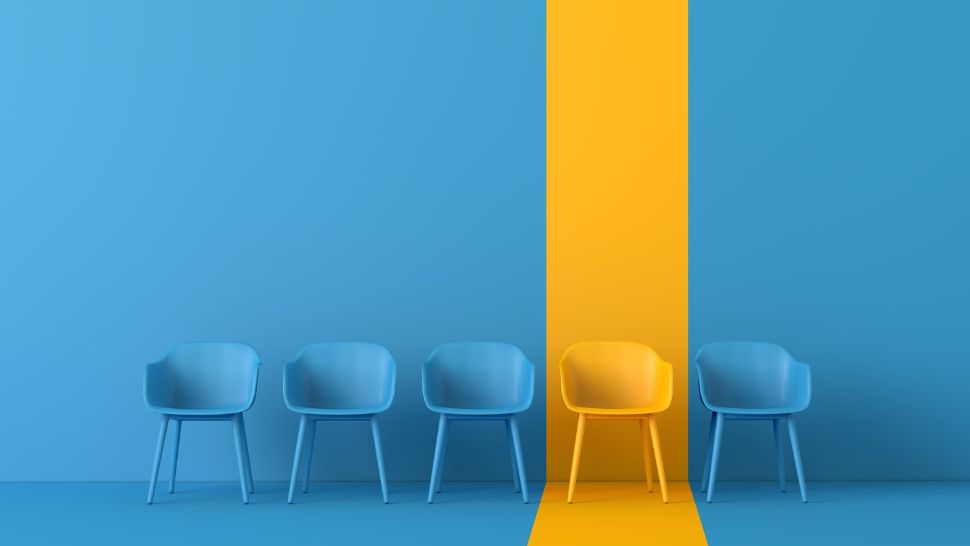 20 Skills That Might Actually Boost Your Chances of Getting Hired 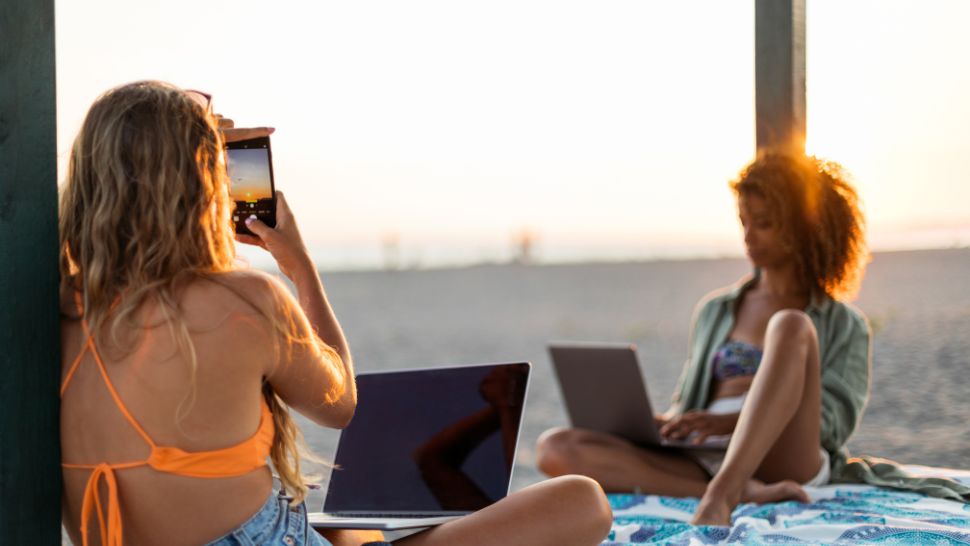