We Did the #10YearChallenge With the Philippine Economy

And instead of photos, we got you some charts to look at.

In the past few weeks, a meme called “The 10-Year Challenge” has gone viral, flooding Facebook and other social media platforms.

The idea is simple: you have to post photos—usually just two and properly juxtaposed—to show “how hard aging hit you” in a span of a decade.

On the surface level, it seems like a harmless, playful meme that provides users an avenue to show the world (or their social media network, at least) how much they have changed in 10 years. The intention is inherently superficial and it has become so popular that even celebrities have jumped on the bandwagon, including Mariah Carey, Jennifer Lopez, and Ryan Seacrest.

Some skeptics, however, have raised concerns over how social media platforms (particularly Facebook) can use the trend for social engineering and data mining for facial recognition purposes. For its part, Facebook has denied doing such a thing.

Whatever the reason, it is undeniable how much the meme has spread, enough to get people to do other variations. A remarkable example is environmentalists’ version of the meme showing how much the world has deteriorated in just a decade, through contrasting photos of shrinking glaciers and dying coral reefs.

Here at Esquire, we decided to give our own take on the challenge and look at how the Philippine economy has grown over the past decade.

Overall, the country’s economy did improve in the last 10 years. But a bigger question must be asked: did the Philippine economy develop enough? 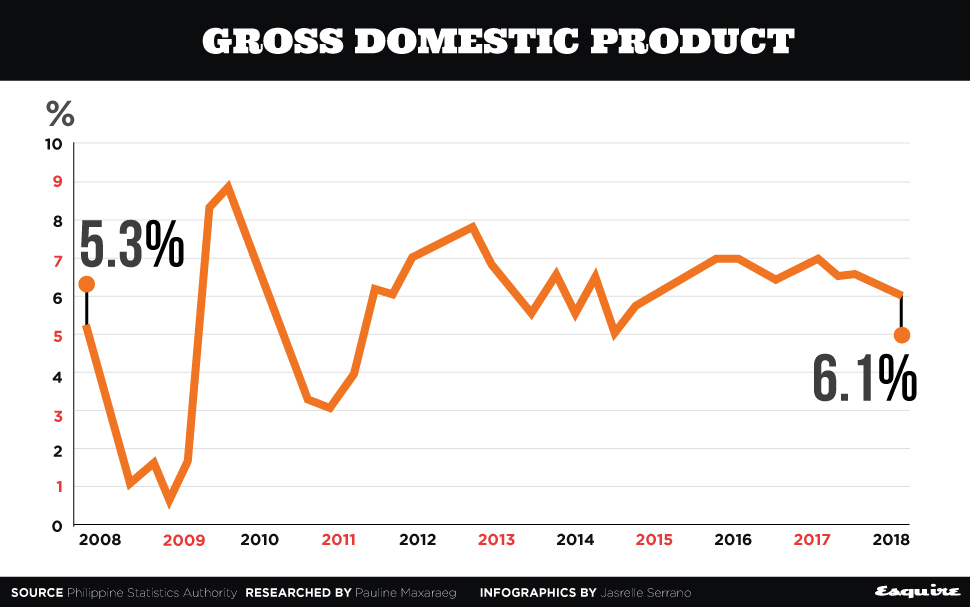 The gross domestic product (GDP) is the indicator that measures the country’s overall economic activity. It takes into account all the country’s private and public consumption, government expenditures, investments, and net exports.

While it’s true that the numbers have improved, it should still be noted that the country’s GDP has been on a downward trend since the start of 2018. 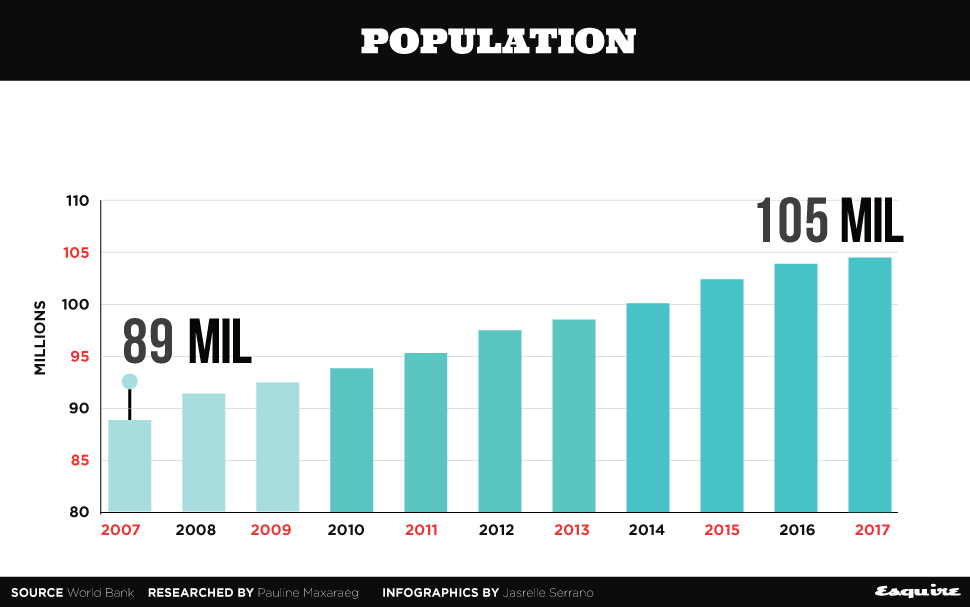 The country’s GDP is not the only socioeconomic factor that grew in the past decade. Population ballooned at a rapid pace, too, from just 89 million in 2007 to 105 million in 2017, according to the World Bank.

This may explain why despite the sizeable growth in GDP, the country’s GDP per capita only grew at a steady pace in the same period. 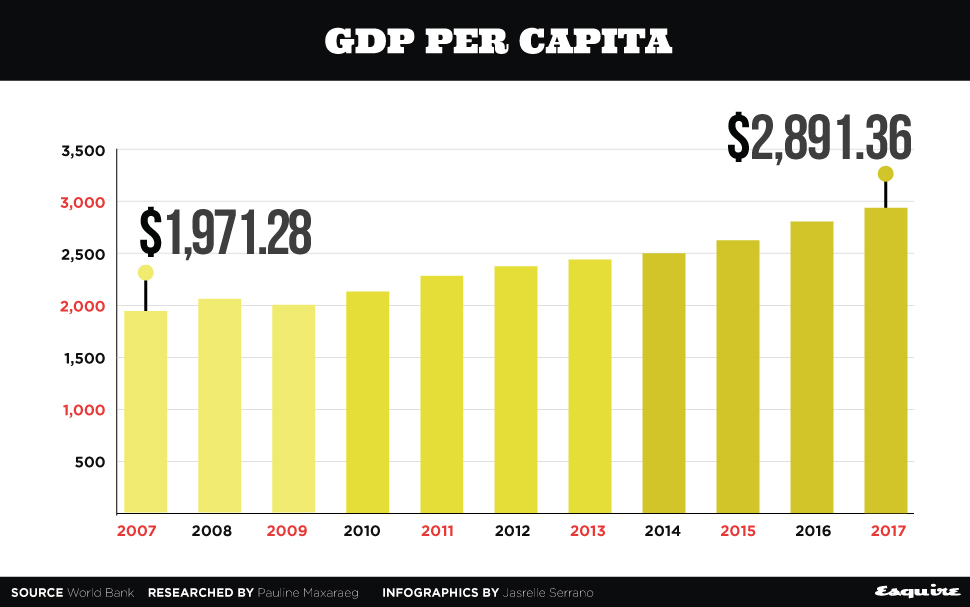 GDP per capita is the country’s GDP for a particular period divided by its average population. It is commonly used to determine the change in the nation’s standard of living over time. 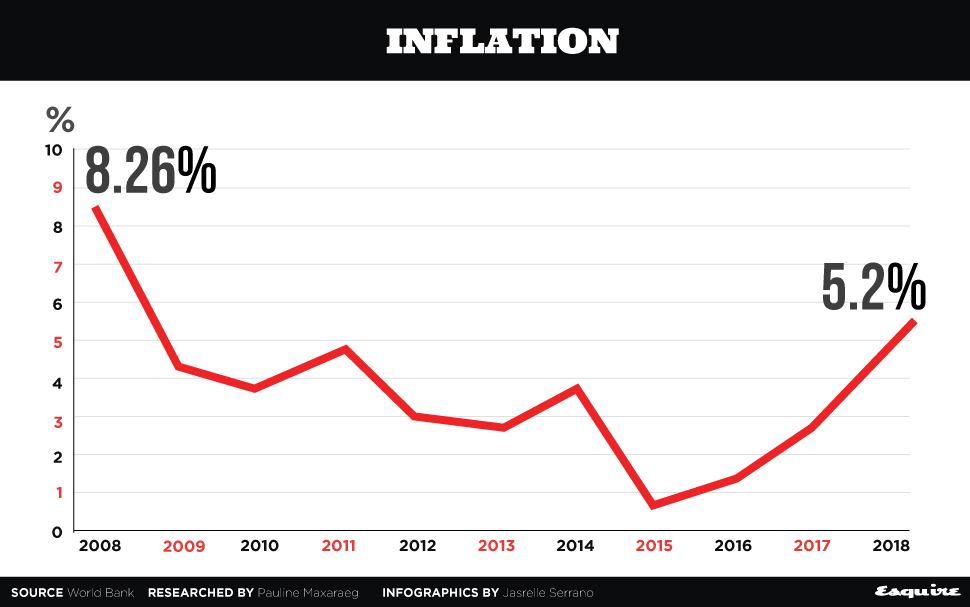 But a closer look at the historical graph reveals a steep incline since 2015, signaling faster increases in the prices of consumer goods over the past three years. This does not only affect the purchasing power of the average Filipinos and their ability to save but also their respective lifestyles.

One of the factors often correlated with the movement of a country’s inflation rate is its foreign currency exchange rates. 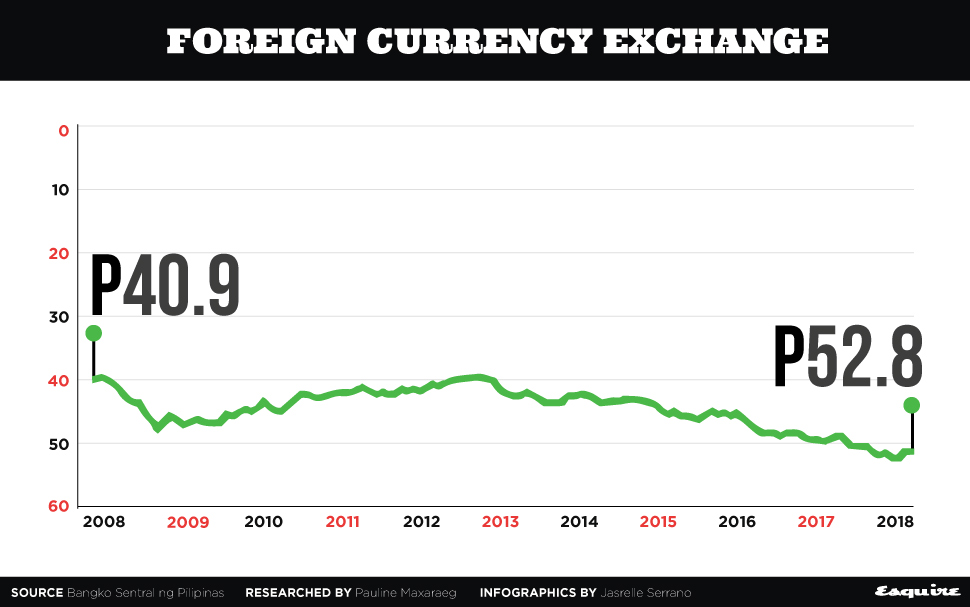 A weak peso is not necessarily a bad thing because it benefits certain sectors such as tourism, business process outsourcing (BPO), exporting, and the remittances of our overseas Filipino workers.

But it also brings about the surge in the prices of imported goods, such as milk, wheat, and oil to name a few. This makes it harder for the Filipino masses, especially those who are only earning minimum wages, to purchase the basic necessities needed in day-to-day living. 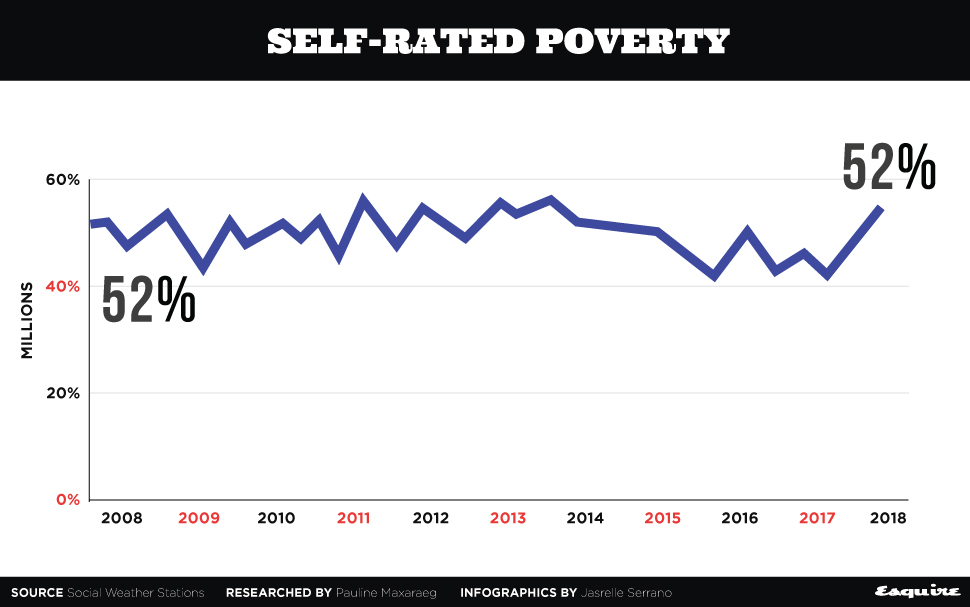 It's no wonder a lot of Filipinos still believe they are poor.

In the periodic surveys done by Social Weather Stations (SWS), a private social research institution, it revealed that the fraction of Filipinos who consider themselves poor is the same in 2008 and 2018.

More than half, or 52 percent, of Filipinos still identify themselves as poor, or those who believe their income is not enough to fund their daily expenses. It has remained high throughout the past decade. 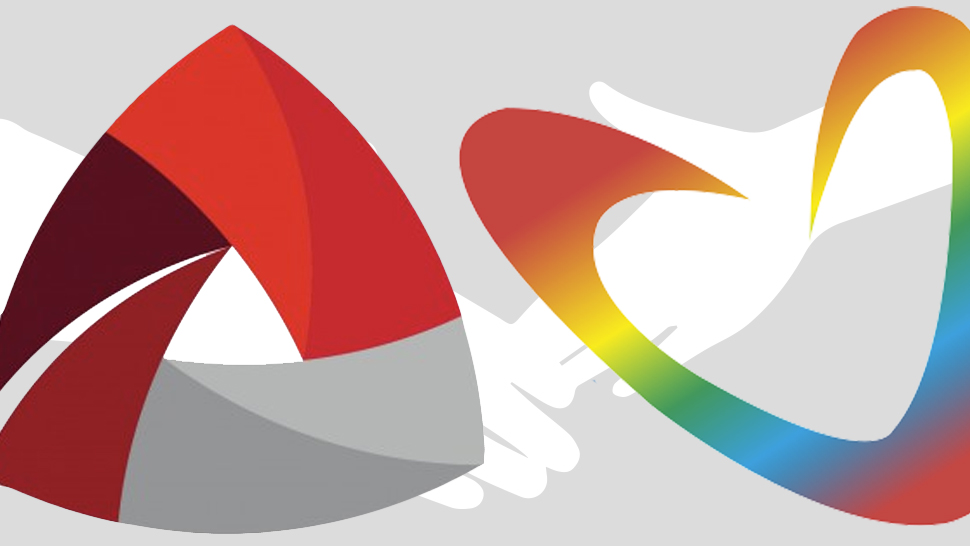 The Coupling and Uncoupling History of PLDT and GMA

Not Your Imagination: Gas, Car, Soda Prices Went Up in the Past Year
All Photos
Comments
View As List