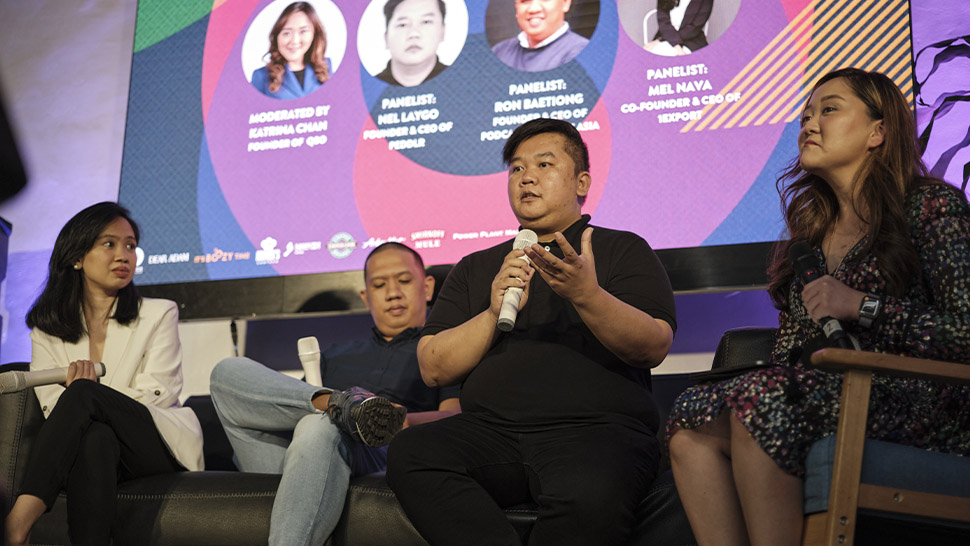 After two long years of attending Zoom conferences and Teams calls, the Philippine startup community gathered for an in-person event organized by Sinigang Valley and Esquire Philippines. The first-ever edition of Build: A Startup Festival aimed to empower Philippine startups with insightful talks about the realities of being a startup founder, including the struggles of bootstrapping.

On the second day of Build, Sinigang Valley and Esquire invited three of the most promising startup founders to talk about bootstrapping their way to Series A. Moderated by QBO and Ideaspace’s executive director Katrina Chan, the panel consisted of Nel Laygo from Peddlr, Ron Baetiong from Podcast Network Asia, and Mel Nava from 1Export.

As every startup founder knows, bootstrapping is one of the first—and hardest—challenges you’ll encounter. Funding a startup is easy when you have “funders,” or investors. But before you reach that stage, you’ll need to fund your startup on your own—with capital sourced from operating venues and even your personal savings.

To 1Export co-founder Mel Nava, bootstrapping is about “balancing cash flow and growth.” In the four years 1Export was bootstrapping their way to their first investment, the logistics startup “went through every trick in the book just to get ourselves out there.” Eventually, all their hard work growing their business paid off and 1Export secured P40 million in funding from its first seed round.

Meanwhile, for Peddlr founder Nel Laygo, his experiences—and struggles—with his first startup fully prepared him for the bootstrapping journey.

“We already know what kind of matrix in terms of growth we needed to hit,” shared Laygo, who went on to share the extraordinary hyper-growth journey of e-commerce enabler Peddlr.

As Katrina Chan of QBO and Ideaspace noted, in the beginning, it’s about the hustle and not the money. And who better to discuss the hustle than the Hustleshare podcast host Ron Baetiong, founder of Podcast Network Asia.

To Baetiong, the formula to surviving the bootstrapping stage is sacrifice, hustling, and hitting your metrics. Your startup needs to find the perfect product-solution fit and product-market fit, and it needs to achieve its targets to be a viable business. But for the founders, the secret to leading the bootstrapping phase is developing yourself from a founder to a business executive.

The most valuable lesson for all of them could agree on: lean on the community of your market and focus on your startup's growth and grit. “It's really about survival,” Mel shared, “so make sure that you survive and make it through even without the funding.”

Closing the program, Ron shared “there’s so much more in the grassroots, there’s so many who don’t even have the access to the information and even the funding that we are talking about here. It’s our job for those who are here to bridge that chasm."

“We need to do an extra effort to bridge that gap so that more follow suit. Because this capital that’s available is useless if it's not deployed at the right time, so let’s help out.”

Watch the full session of “Bootstrapping to Series A” below. 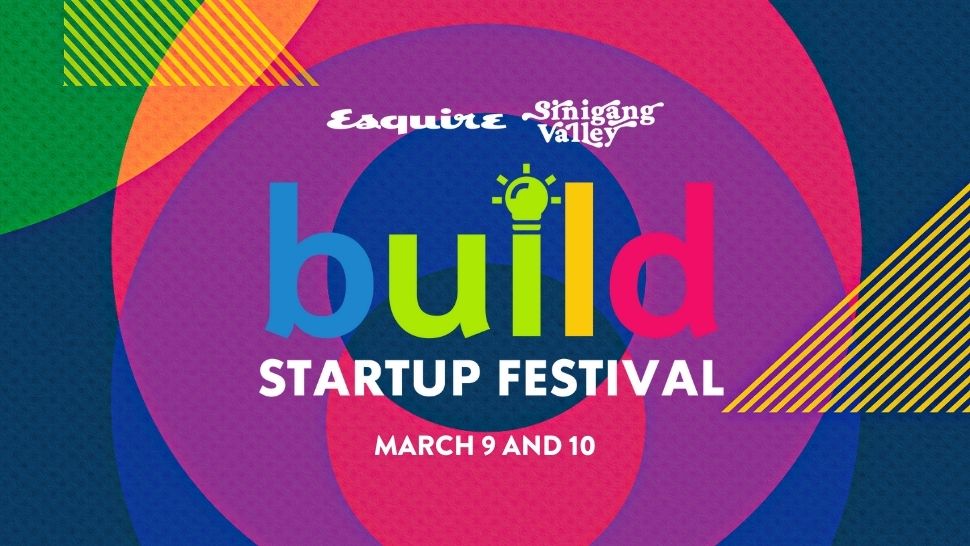 Sinigang Valley and Esquire Philippines Team Up for the First-Ever 'Build: A Startup Festival' 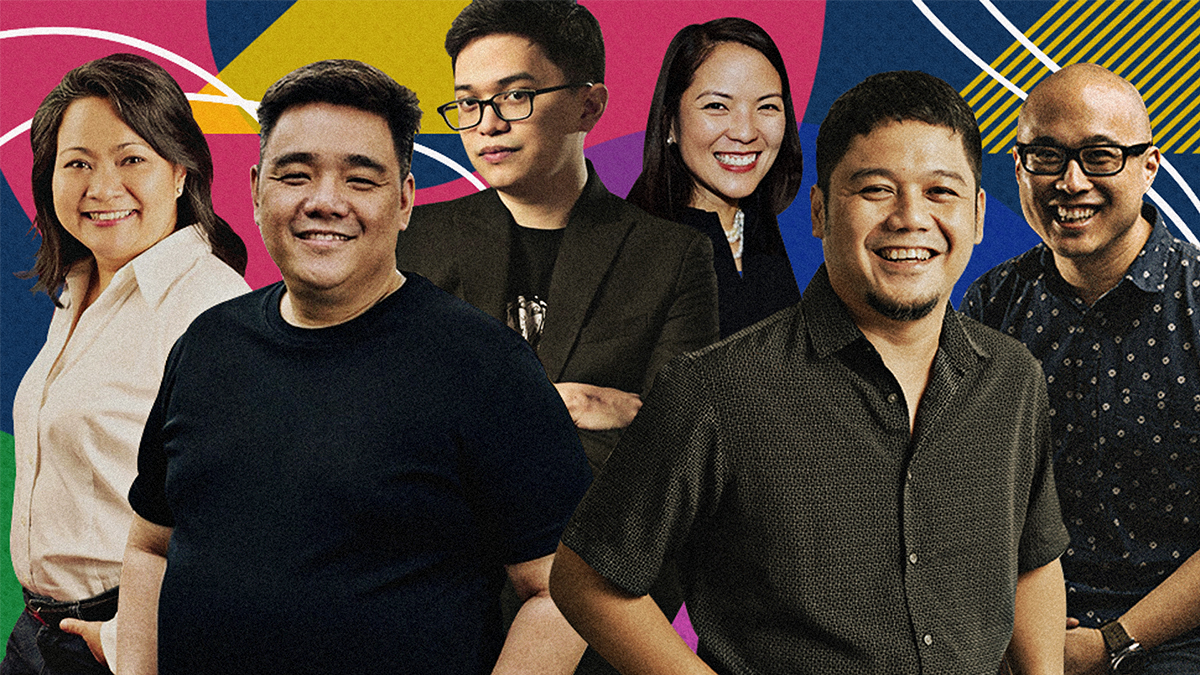 The Esquire Trailblazers List: 70+ Most Influential People in the Philippine Startup Scene 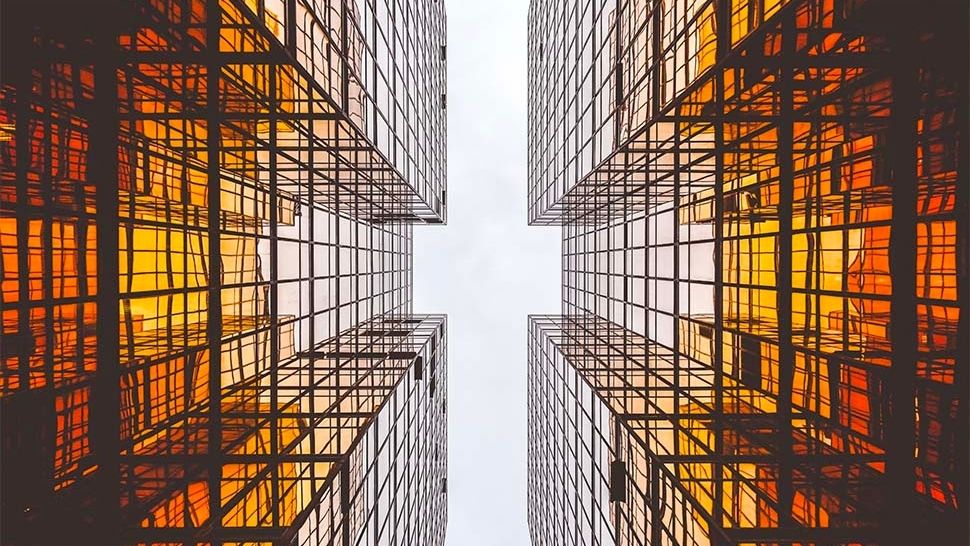 We Are Now In the Golden Era of Philippine Startups 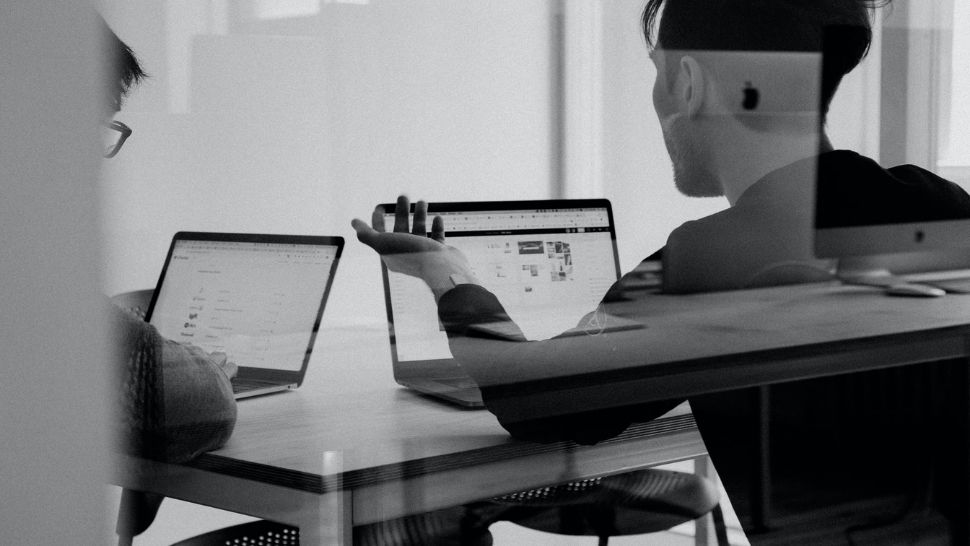 Pitch the Perfect Startup Story With These Tips From the Media
View More Articles About:
con-00304
movers
Money
build
startup
The Standard
More Videos You Can Watch

Pitch the Perfect Startup Story With These Tips From the Media