Razon's KSR Ventures recently led a $750,000-group investment for agri-tech startup NXTLVL Farms, which brought the company’s total funding since its launch in 2017 to $1 million. This is the third startup Razon’s VC firm has invested in in the past year.

“With next-generation technology-driven solutions, NXTLVL Farms addresses the market’s need for high quality and nutritious fresh produce across the country,” said Razon, the founder of KSR Ventures and the daughter of the country’s fifth richest man Enrique Razon. “Their innovations aim to serve a growing population in the Philippines with fewer environmentally damaging resources.” 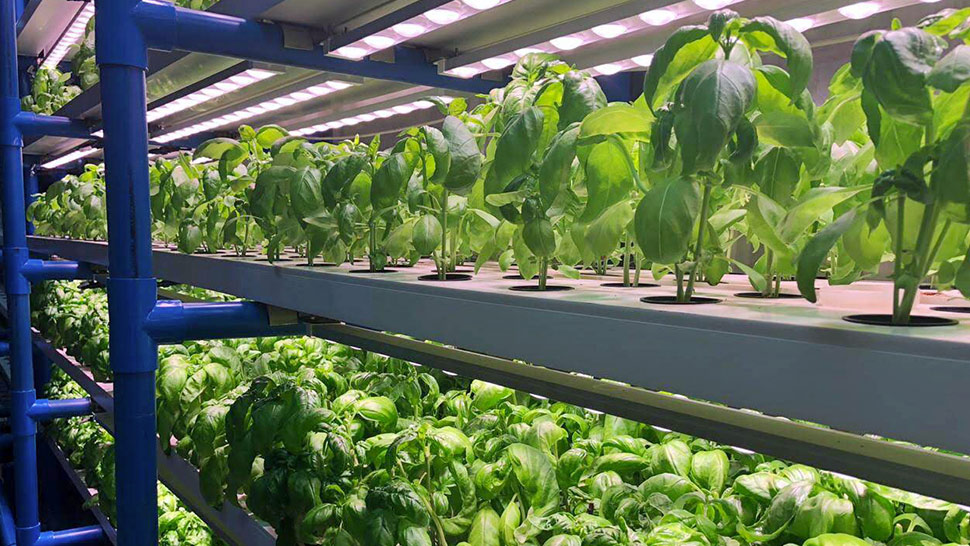 Since their indoor hydroponic farms are just located in the city, NXTLVL Farms can deliver crops to customers just hours after their harvest. IMAGE: NXTLVL Farms

Manila-based NXTLVL Farms is what urban agriculture may look like in the coming years. The startup grows high-value crops like dinosaur kale, roquette arugula and Genovese basil inside 40-foot shipping containers through hydroponic farming. Instead of being grown in soil, the crops are planted on nutrient-filled water solution. Since the products are indoors, the LED lights installed in the facility allow the plants to photosynthesize. These so-called FarmBoxes are also equipped with water, lighting, heating, ventilation and air conditioning systems to allow the crops to grow in the best environment.

"Our FarmBoxes are indoor hydroponic systems that we designed and built locally in Batangas. What’s incredible is that you have the equivalent of a fully functioning 2,000-2,500 square meter farm in a surface area of just 28 square meters," Tanghe said. "The range of yield varies depending on the specific crop grown. [But] fair to state that up to 40kg of produce can be grown weekly, depending on the crop and other factors."

The company’s hydroponic farms are currently located in Parañaque City, keeping the goods as close as possible to potential customers. It’s almost what every health nut dreams of: a true-blue farm-to-table experience in the middle of the city. So far, the company’s products are sold in Rustan’s Supermarket in Makati and are served in a number of restaurants in the metropolis.

Still, the firm isn't limiting itself in Luzon alone. By the end of the first quarter, a new FarmBox will be built in Cebu, and the company aims to even cater to tourist hotspots like Boracay and Siargao. 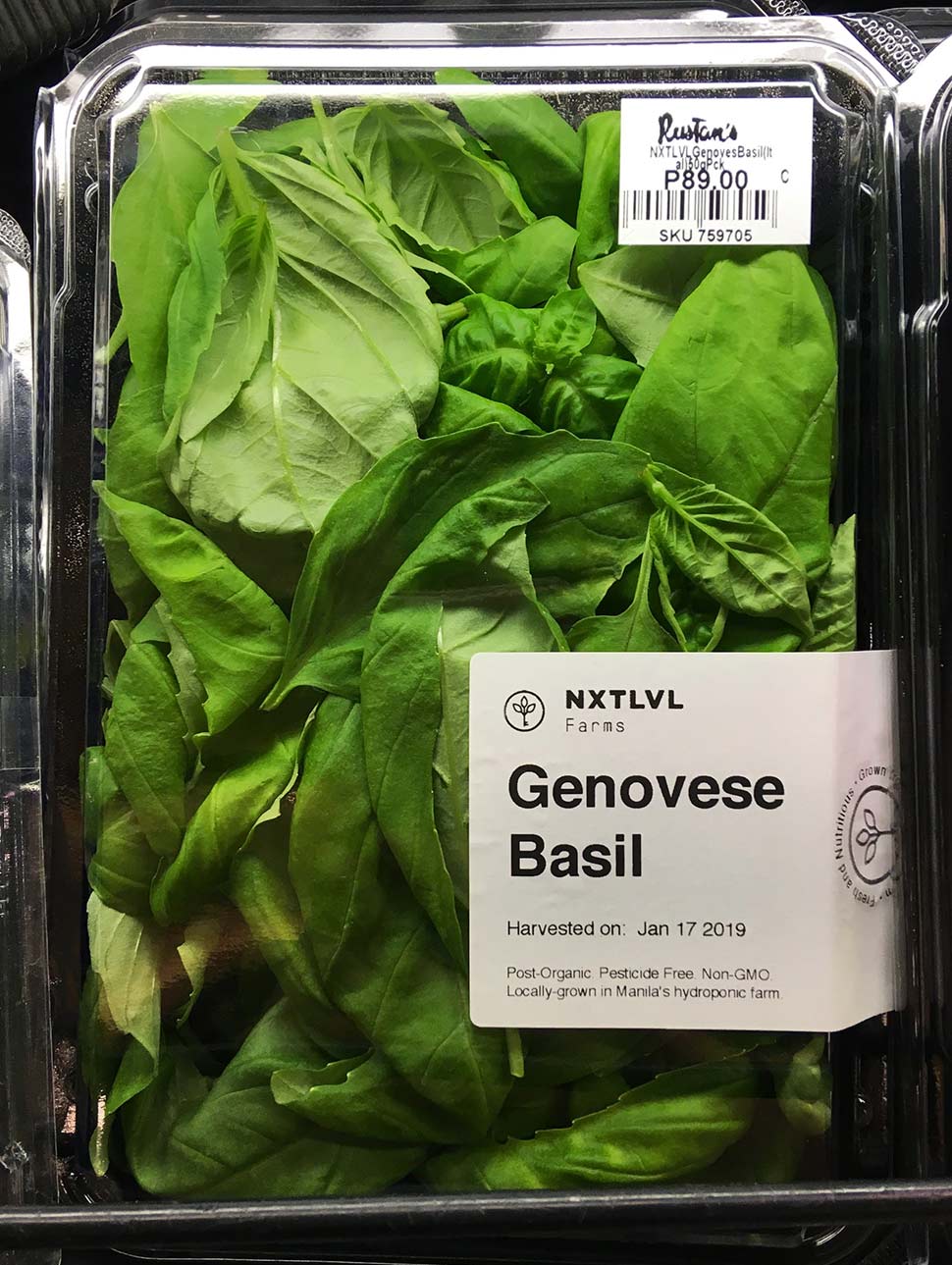 ADVERTISEMENT - CONTINUE READING BELOW
Recommended Videos
The company isn't looking to compete against local farmers as it hopes to grow high-value vegetables that are usually imported. IMAGE: NXTLVL Farms

Hydroponic farming has already been deemed the future of agriculture, especially with the increasing demand for sustenance as the world’s population grows. According to The National Geographic, “if massive increases in agricultural yield are not achieved [by 2050], matched by massive decreases in the use of water and fossil fuels, a billion or more people may face starvation.” Couple that with the erratic weather disturbances brought about by climate change that put crops grown through traditional means at risk and surely, more will suffer from hunger. 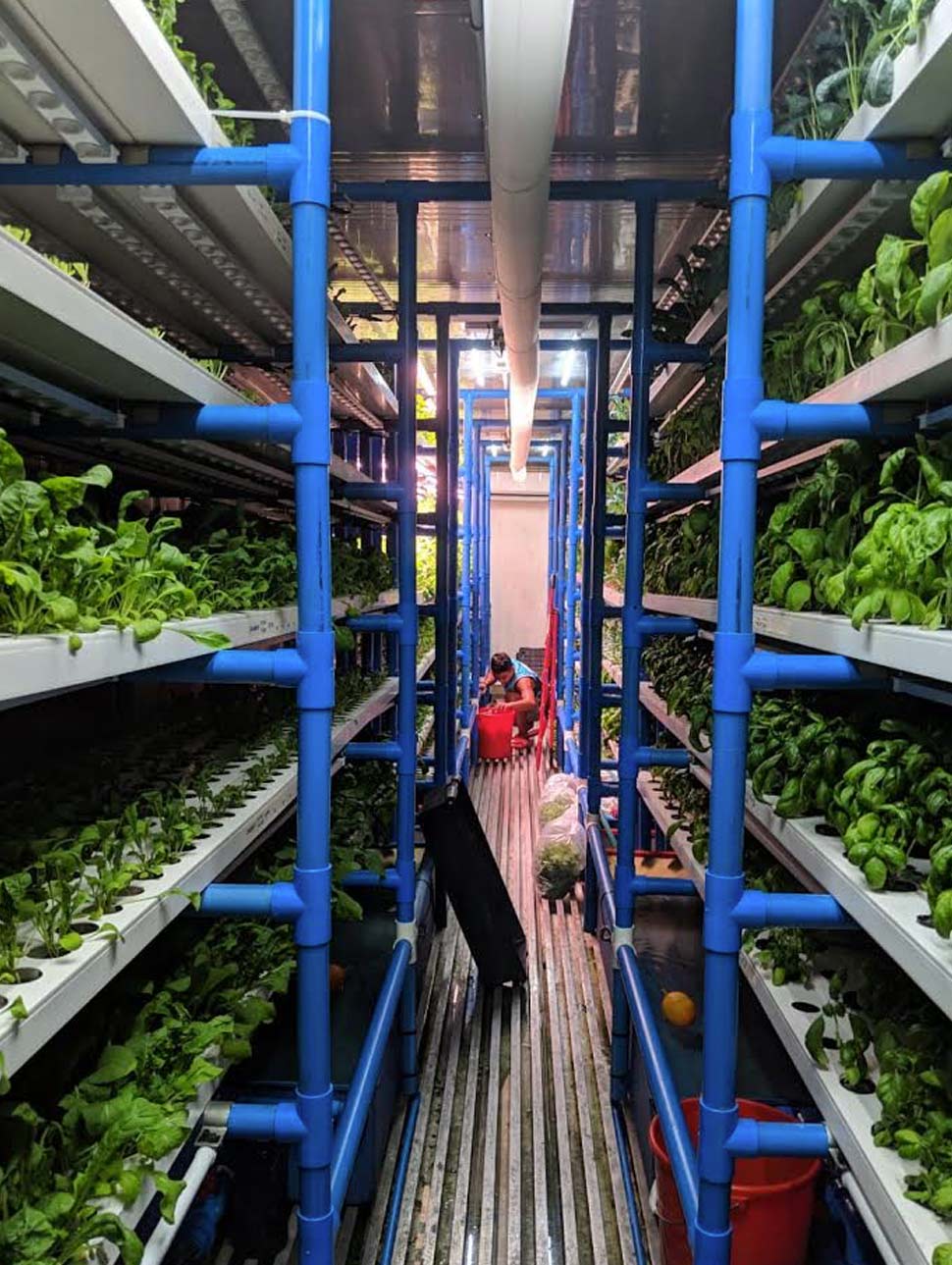 In the long run, the company envisions its FarmBoxes to be located in strategic sites around the city like parking lots or even in malls.

Business-wise, there's plenty of reason to be optimistic. The crops grown through hydroponics is seen to grow to $27.9 billion by 2022, according to an industry study conducted by Market Research Future. And from the looks of it, NXTLVL Farms is in a strategic position to be at the forefront of the agricultural technology in the country. With its fresh investment, the company now has the capacity to increase its FarmBoxes to 10 and to develop new processes to grow crops like strawberries.

"Food security will be a growing issue of concern in the forthcoming years especially with climate change affecting the global agriculture industry. The vision behind NXTLVL Farms is to deliver nutritious products that will eventually compete against the importing produce industry,” Razon added.