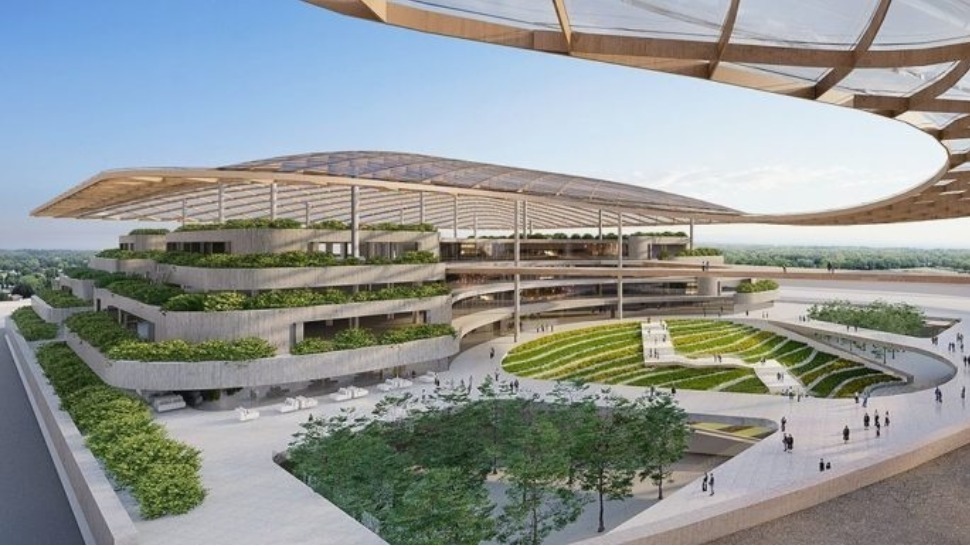 Megawide Construction Corporation on December 11 unveiled details of its planned rehabilitation of the Ninoy Aquino International Airport Terminal 1 (NAIA-T1). The design borrows heavily from aesthetic elements of the Banaue Rice Terraces. The company is spending roughly $3 billion to transform the aging airport into a modern one.

“We’re not just rehabilitating an airport, we’re creating a new symbol for the country,” said Louie Ferrer, Megawide executive director for Infrastructure Development, in a statement.

Megawide is renowned for its transformative work on another airport in the country, the Mactan-Cebu International Airport (MCIA), the country's second-largest airport. Megawide won numerous awards for MCIA’s design.

Back in July, Megawide received original proponent status (OPS) for its $3-billion proposal to rehabilitate the Ninoy Aquino International Airport as it readily stepped in to fill the vacuum when the “superconsortium” that was initially billed to work on the rehabilitation of Terminal 1 backed away from the project.

In the first week of December, Megawide was put under hot waters after reports surfaced about the company being probed by the National Bureau of Investigation for alleged violations of the Anti-Dummy Law.

In a disclosure to the Philippine Stock Exchange, the company said it was being threatened by “malicious attempts to bring down its reputation and credibility.”

“These bitter efforts are attempting to further deny the Duterte Administration and the Filipino people a significant step towards national economic recovery,” the company said.

Although Megawide did not directly mention the specific allegations, news reports said that the NBI’s Anti-Fraud Division has uncovered evidence against Megawide and its foreign partner GMR of India related to its joint venture corporation that designed and built the Mactan Cebu International Airport (MCIA). That joint venture—the GMR-Megawide Cebu Airport Corporation (GMCAC)—was awarded a franchise to operate the MCIA for 25 years. Read more about Megawide's alleged violations here.

Man Trapped in NAIA For Over 100 Days is Finally Headed Home
More from EsquireMag.ph

WFH Meetings, Which Can Really Just Be Emails, Can Be a Waste of Parents' Precious Time