To come up with the list, which was made up of about 60 family names, “she gathered all society editors during that time,” says Sison, and had the list published in a now-defunct women’s publication. Sison is unsure of what the purpose of the list was, but he knew it comprised of not only the fabulously wealthy  but those that made contributions to society. He confirms the list was a one-time thing and only chronicled those residing in Manila at the time. Manila’s 400 is now often cited or referenced by publications as an accolade among members of old society. 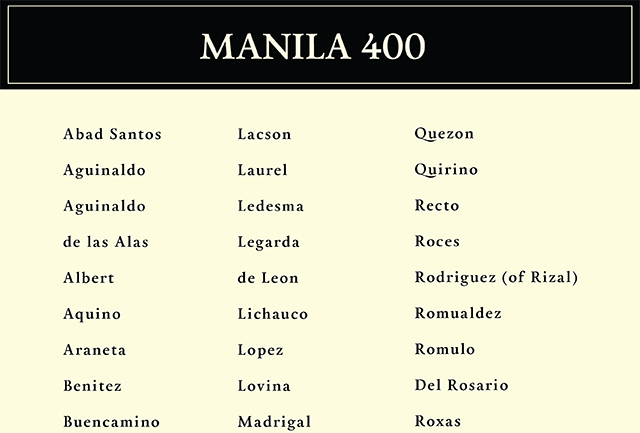 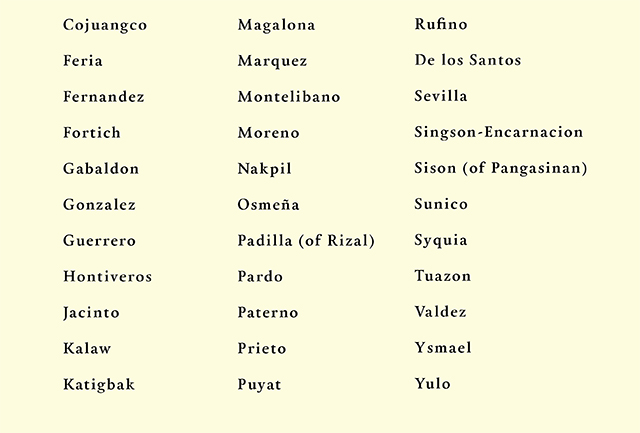 While these families were wealthy, they also were wary of how they flaunted their wealth, Sison explains. The list is now outdated as the country's population grew from the estimated 26 million in the late '50s. But these old families left a legacy of grace and refinement.

Just How Crazy Rich are Asians?
All Photos
Comments
View As List