It is seen as a bold move to reform the Vatican's finances.

On February 22, the Vatican announced the appointment of Cardinal Luis Antonio Tagle from the Philippines to the Administration of the Patrimony of the Holy See (APSA), aka the Vatican Central Bank, according to a report by Rappler. It is different from the highly controversial Vatican Bank or the Institute for the Works of Religion, but as the Vatican's central bank, the APSA oversees the Vatican Bank. Aside from Tagle, the Pope has also appointed Cardinal Peter Turkson of Ghana to the APSA.

Both Tagle and Turkson are seen as strong allies of the Pope in his campaign to reform the Church and the handling of its finances.

Cardinal Luis Antonio Tagle is seen as a like-minded reformist, just like Pope Francis. Tagle was appointed in 2019 as the Vatican's "Red Pope" or the prefect of the Congregation for the Evangelization of Peoples or “Propaganda Fide.” It was largely seen as a vote of confidence for the Filipino cardinal.

Transfer of Assets and Liquidity

On December 28, 2020, Pope Francis released an apostolic letter "regarding certain competencies in financial and economic matters." It was released as a motu proprio, which means it contains changes to Church Law by the power of the Pope's personal authority.

According to the letter, as of January 1, 2021, the "ownership of the funds and bank accounts, movable and immovable investments, including shareholdings in companies and investment funds, hitherto held in the name of the Secretariat of State, shall be transferred to the Administration of the Patrimony of the Apostolic See, which shall be responsible for their management and administration. They will be subject to ad hoc control by the Secretariat for the Economy, which from now on will also perform the function of Papal Secretariat for economic and financial matters."

Move Depowers the Secretariat of State

Traditionally, the Vatican's Secretariat of State is seen as one of the most powerful figures in the Vatican. He controlled much of the state's assets and managed its finances, but those responsibilities were transferred to the Vatican Central Bank in January 2021.

It is no secret that the Vatican Central Bank or APSA was part of the Holy See's financial scandals. According to Vatican analyst John L. Allen, Jr., depowering the Secretariat of State was the "third major pivot point in the financial reform of the Vatican he (Francis) launched in 2013."

According to Allen, the move to shake up the finances of the Holy See was the Pope's "reaction to the financial scandal that broke out in 2019 when it emerged, that despite all the new laws and structures created by Francis, ostensibly to inject transparency, accountability, and rationality to Vatican finances, the Secretariat of State had made an occult deal with a dubious Italian financier to buy part of a former Harrod’s warehouse in the posh Chelsea neighborhood of London slated for conversion into luxury apartments."

Some of the money involved in the scandal came from the contributions from Catholics around the world collectively known as Peter's Pence, whose purpose is to fund the Church's charitable works, according to Allen.

Ever since the release of the motu proprio in December 2020, the Pope has made significant changes within the Vatican, which includes Tagle's and Turkson's appointments to the APSA. But Francis is getting older, and his house cleaning is an impossible task to do alone. The appointments give hope that at least on the financial side of the Vatican, some reforms will finally be implemented. 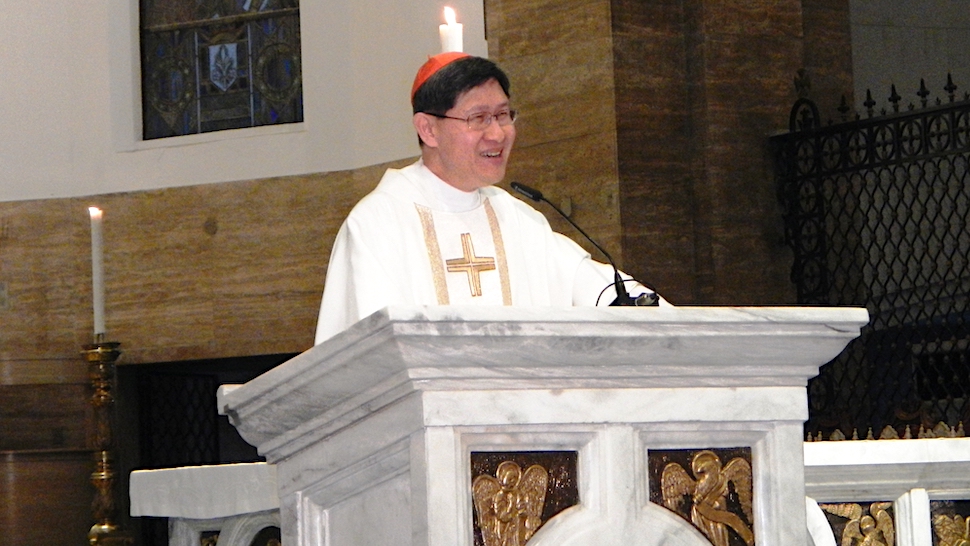