Who Is Diosdado Peralta, the New Chief Justice?

The new Supreme Court Chief Justice will serve until 2020. 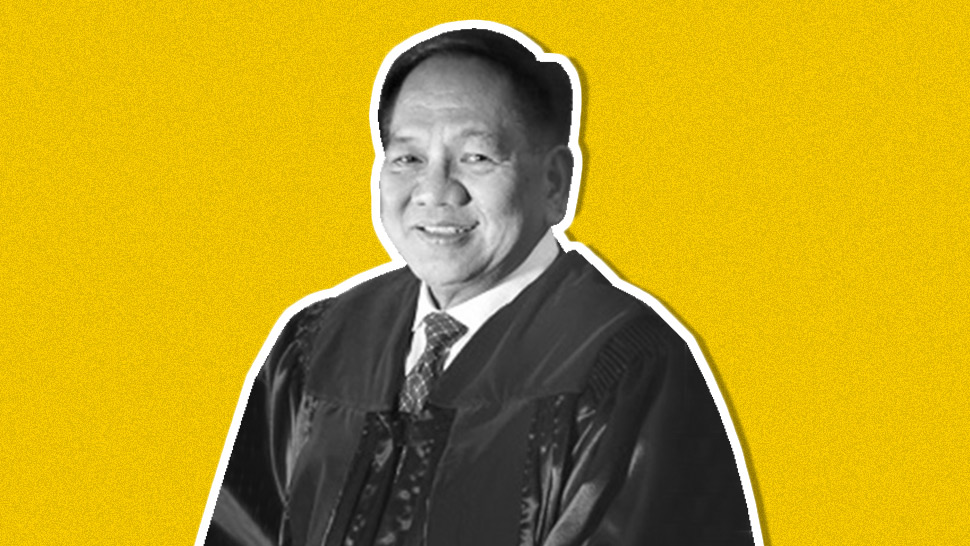 President Rodrigo Duterte has appointed former Associate Justice Diosdado Peralta as the 26th Chief Justice of the Supreme Court of the Philippines. He assumed office on October 23 following the president’s appointment, succeeding the former Chief Justice Lucas Bersamin who retired from the judiciary on October 18.

History as a justice

An Ilocos Norte native, Peralta pursued his Bachelor of Science at the Colegio de San Juan de Letran in 1974, and graduated from the University of Santo Tomas Faculty of Civil Law in 1979.

Peralta began his government service in 1987 as the Third Assistant City Fiscal of Laoag City, before moving on to be part of Manila City’s Prosecutor’s Office in 1988, and Assistant Chief of the Investigation Division of the Office of the City Prosecutor in 1994.

He entered in the judiciary branch of government in late 1994 when he was appointed Judge of the Regional Trial Court Branch 95, in Quezon City, which handled heinous crimes and drug cases. In 2002, then president Gloria Macapagal-Arroyo named him a justice of the anti-graft and corruption court Sandiganbayan, which he later headed as the Presiding Justice in 2008. In the Sandiganbayan, he was part of the special division that was responsible for convicting former president Joseph Estrada of plunder.

Arroyo later appointed him to be an associate justice in the highest court in the land, the Supreme Court.

In his interview for the position of chief justice with the Judicial and Bar Council, Peralta admitted that he was not a top-notcher or honor student, but “I think I was able to compensate with the work that I had done [as an associate justice].” He also stated, “I deserve to be chief justice.”

Peralta’s voting history as an associate justice in the Supreme Court is as follows:

Duterte is yet to replace Peralta's post in the Supreme Court.

At 67 years old, Peralta will be required to retire on his 70th birthday, which will be in March 2020. This means Duterte, whose term ends in June 2020, will also appoint his successor.