The World's Climate Catastrophes Are All Interrelated 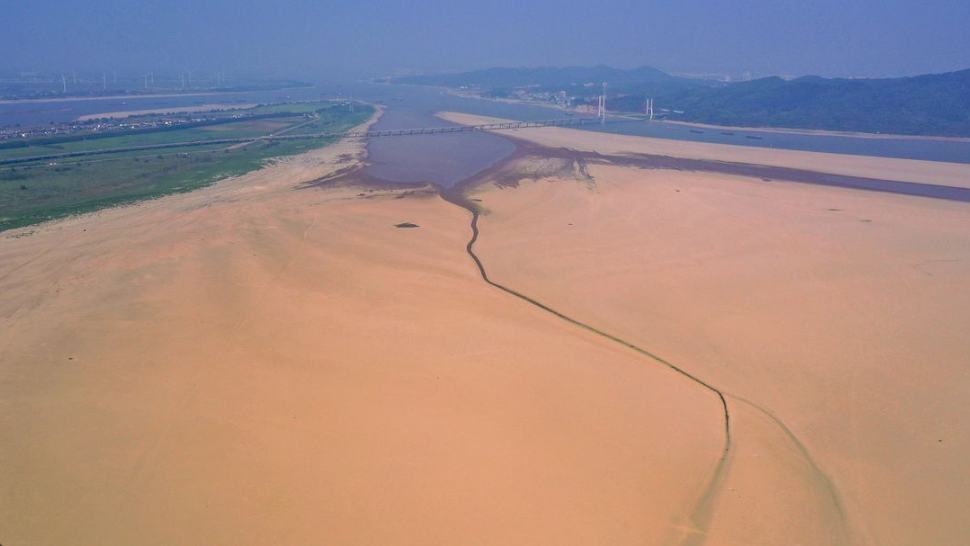 For two months, China has been boiling. Temperatures have regularly topped 104 degrees Fahrenheit. The Yangtze, the world’s third-longest waterway, has gone dry. The country’s hydroelectric system is crippled because of the lack of, well, hydro. Rural fruit farmers have watched their crops wither into uselessness. They can work only at night because, during the day, the ground is too hot to walk on. The effects are general and unceasing. From the Washington Post:

The unprecedented heat wave that has engulfed China this summer has dried up rivers, wilted crops and sparked forest fires. It has grounded ships, caused hydropower shortages and forced major cities to dim lights. Receding waters have revealed long-submerged ancient bridges and Buddhist statues. Among the many striking images is a pattern left in the mud flats around Poyang Lake, usually the largest freshwater body in the country, which has shrunk by more than two-thirds. Chinese media dubbed the branchlike patterns carved by trickling waters “Earth tree,” calling the lake’s condition a warning about a dangerous future of intensifying extreme weather.

At 73 days and counting, the heat wave has easily surpassed China’s record of 62 days in 2013. All-time highs are being broken, often only to be re-broken days later. “This heat wave overtakes anything seen previously worldwide,” tweeted climate historian Maximiliano Herrera.

With the heatwave has come drought, and with the drought has come wildfires, particularly in the central part of the country. Parts of China are dying of the environmental equivalent of multiple organ failure.

Among the most recent all-time records: Sichuan province reached 111.2F (44C) on Wednesday; a week ago, Beibei in Chongqing province recorded 113F (45C), the highest temperature ever in China outside the desert of Xinjiang.

“The area worst-affected includes much of the more built-up parts of China, leading to big impacts to society,” Vikki Thompson, a climate scientist at the University of Bristol in England, wrote in an email. Electricity shortages in regions reliant on a vast network of power-generating dams and reservoirs also come as the Chinese government is debating how — and how fast — to transition away from coal-fired power to renewable sources.

Nothing is concealed that will not be revealed. The drought around the globe has dried up rivers and lakes to reveal hundreds of hidden artifacts, archaeological treasures, and evidence of crimes long gone cold. Mob victims in Lake Mead. Dinosaur footprints in Texas. Hunger stones, a “Spanish Stonehenge” from 5,000 B.C., and Nazi ghost ships in Europe. And in China, ancient Buddhist statues, suddenly reappearing from the receding waters like messages from a time of myth and legend. From Reuters:

Plunging water levels of the Yangtze River have revealed a submerged island in China’s southwestern city of Chongqing and a trio of Buddhist statues on it that are believed to be 600 years old, state media Xinhua has reported.

The three statues were found on the highest part of the island reef called Foyeliang, initially identified as built during the Ming and Qing dynasties. One of the statues depicts a monk sitting on a lotus pedestal.

In June and July, China, which is now boiling, was drowning. From the Guardian:

In the south-western province of Sichuan, at least six people have died and another 12 are missing after torrential rain triggered flash floods, state-owned news outlet CGTN reported on Sunday. About 1,300 people had been evacuated as of Saturday, the report said.Meanwhile, in Longnan city in the north-western province of Gansu, another six deaths were reported and 3,000 people had been evacuated, state broadcaster CCTV said. Rainfall over 1½ days was as much as 98.9mm in the worst-affected areas, almost double the July average.

The rains come amid a heatwave in parts of the country including eastern Zhejiang province and the city of Shanghai, with temperatures soaring as high as 42C (107.6F) last week. The heatwaves are expected to return this week in many parts of China, lasting through to late August, the state weather forecaster said. Temperatures from 39C to 42C (102.2F-107.6°F) are expected in the southern region after July 20, including the provinces of Jiangxi, Zhejiang and Fujian.

Needless to say, the heatwaves returned. We can all count on that.

If the general question future historians ask is, “How did those idiots let this happen?” one of the primary follow-up questions will be, “How did they not notice that everything was connected?” In a battered climate, opposites attract. Polar vortexes and record heatwaves. Floods and droughts. More than a few people in my experience have attempted to use this as an alibi for doing nothing. Every time there’s a record-breaking blizzard, some meathead will crow from a television perch, “Where’s your global warming now?” Some other meathead will crow from some other television perch, “You people blame everything on climate change,” as though China didn’t go seamlessly from catastrophic floods to catastrophic drought in the space of a month. It’s a boom-and-bust climate. Animals and the birds of the air know this. We are the idiots. Future historians will agree.

What’s happening in China is coming here. It’s only a matter of time. In fact, it’s already here in many places, most notably between the Mississippi River and the Pacific Ocean, From the Guardian:

Summer monsoons are a natural feature of the south-west and the parched landscapes can typically rely on this annual reprieve, but the intensity between the wet and dry extremes is increasing, along with the destruction that both can cause. As the world warms, scientists predict the effects will worsen.

“There’s a duality in the effect of climate change on the hydrologic cycle,” said Dr Andrew Hoell, a meteorologist for the National Oceanic and Atmospheric Administration’s (Noaa) physical sciences laboratory, noting that the heavy rains and underlying drought conditions exist on separate time scales. It will take a sustained rainy season over the cold winter months to crack the conditions and forecasts aren’t causing much optimism for the months ahead. Dried soils are also less able to absorb the added moisture when storms are severe.

“We are already in a pretty tough spot where we have low water reserves in our lakes and reservoirs,” he said, “despite the fact that it looks like we have had a small and temporary reprieve because of some active monsoon rains.”[…] The severe storms were just the latest to take a toll on the region, which produced a major flash flood from Death Valley earlier this month and pushed the Navajo Nation to declare a state of emergency. Parts of Yellowstone national park are still in recovery from the multimillion-dollar destruction caused by record rains in June, and debris flows forced New Mexico residents hit by early-season catastrophic wildfires to evacuate for the second time in mere months.

Consider: People in New Mexico who had to flee because of “debris flows” from floods later had to pack and run because everything was burning down. And I guarantee you that out there, somewhere, is a pundit with a degree from some Christian diploma mill telling his audience that “the science” is still conflicted.

Back in my school days, I used to go to a day camp every year called Nature Training School. It was out in the woods north of my hometown and its emphasis was on what was then called “ecology,” a central tenet of which was the interconnectedness of everything we were studying, from Pond Life to Birds to Trailcraft to Rocks and Minerals (those were the real class names). The most essential lesson was that we were part of all that, too. When we all got together at the end of the day to sing “Green Cathedral” or some other eco-adjacent song, there was something transcendent about the experience, church-like even.

After all, what’s religion but the search for belonging, a quest to be part of something larger than yourself? That isn’t necessarily comforting. The Bible is full of Jehovah acting like an angry X-Man and even Jesus reappears in Revelations as a disemboweling avenger. Nature, as we are learning to our sweltering disadvantage, plays much the same role.

All of those lost lessons from out in the woods are coming back to me, like Buddhas in a dying river. 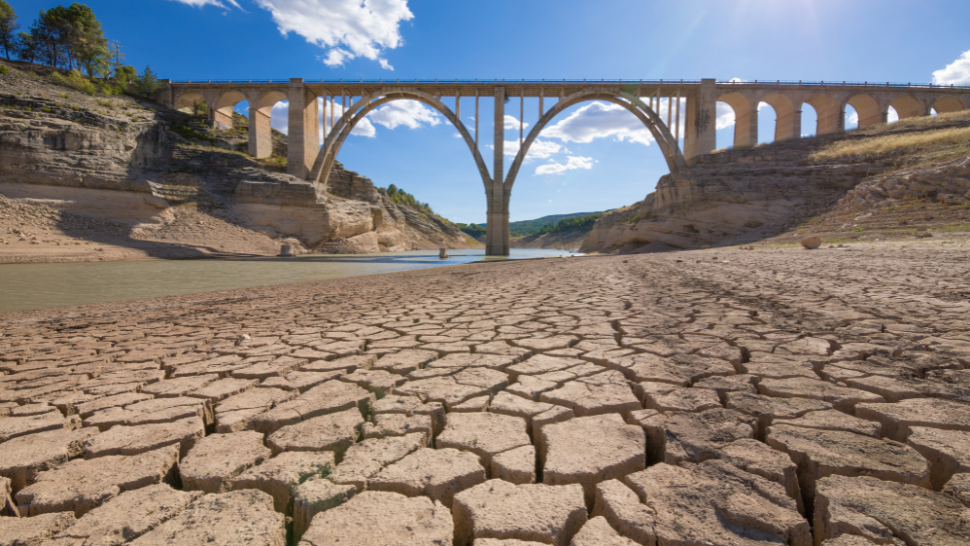 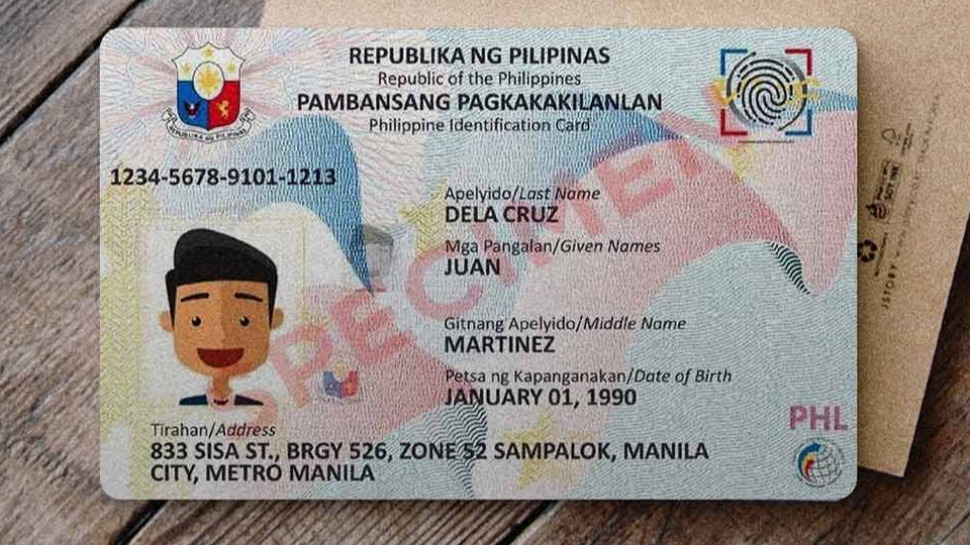