By 2023, Duterte Says Philippines Can Return to Normal with Vaccines

President Rodrigo Duterte said Sunday the Philippines could return to "normal" by early 2023, as he received the first COVID-19 vaccine shipments, courtesy of China.

Duterte was asked during a press briefing to forecast when the Philippines could return to "normal." He prefaced his answer with a commitment to rollout as many vaccines the fastest that he can.

Duterte said the vaccination program would enable more people to return to work, reviving the economy that was mired in its deepest recession since World War II.

"Our economy is really down, as in down, so the earlier mabilisan itong vaccine, the better," he said.

"Pag nag-umpisa na yang rollout and the other vaccines, and distribution to the provinces, I may, siguro pagdating nga mga... we'll have a million by this month. Magkakaroon tayo ng stock na two million, bitawan ko na. I will open the economy," he said. 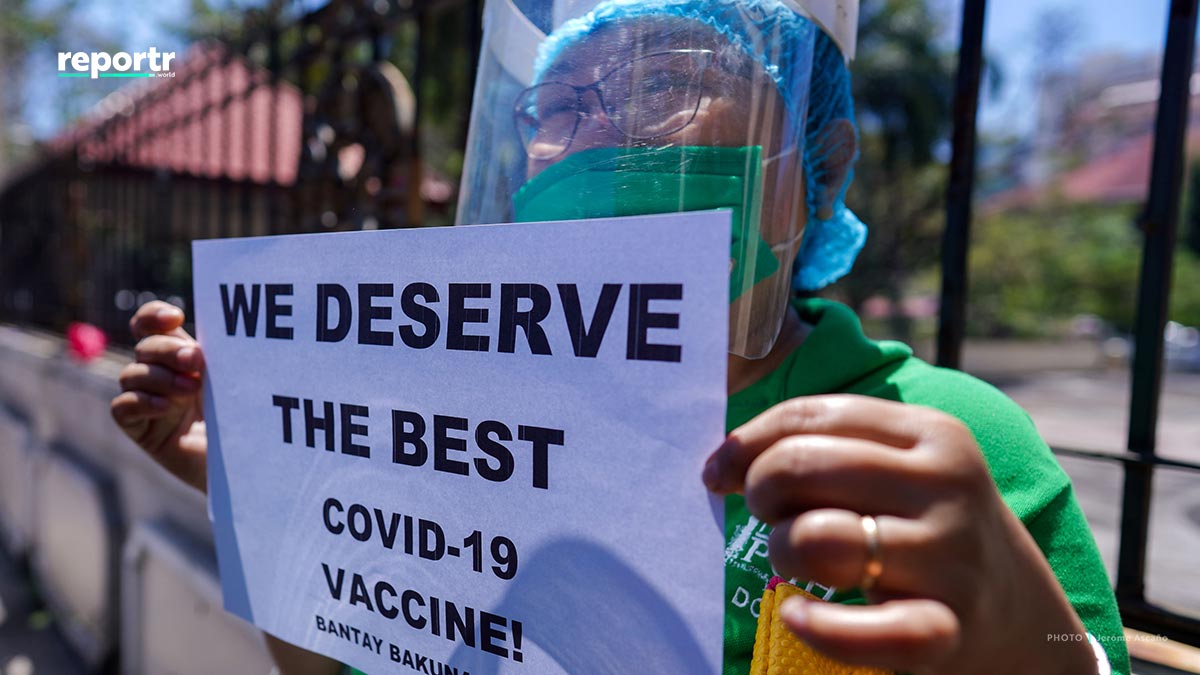 Frontliners Reject Sinovac: 'We Deserve the Best'
All Photos
Comments
View As List