"We are all family." 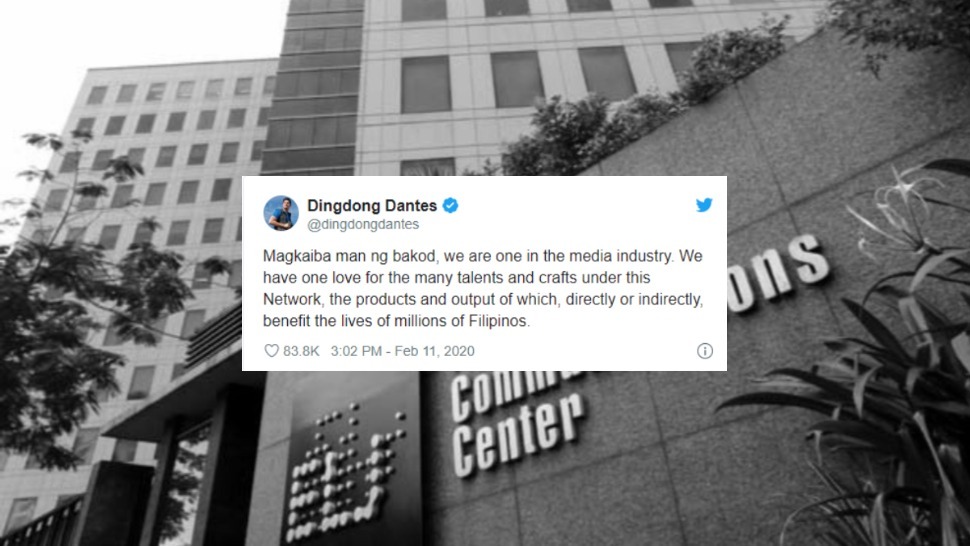 “Station War” is a term used from time to time to describe the fierce rivalry between ABS-CBN and GMA, especially concerning TV ratings, news coverage, and talent piracy. Some of the two networks’ own news anchors and celebrities are reputed loyalists who sometimes fuel this rivalry.

But all of that seemed to have been forgotten when GMA celebrities expressed their support for ABS-CBN, which is currently embattled because of the challenge of franchise renewal.

Actor Dingdong Dantes tweeted his support for the network on Febryary 11:

Magkaiba man ng bakod, we are one in the media industry. We have one love for the many talents and crafts under this Network, the products and output of which, directly or indirectly, benefit the lives of millions of Filipinos.

Rep. Atienza of @buhayparty_list in his speech yesterday at the Congress, said that: “Inaction will only spell the weakening of the foundations of our democratic system. If Congress will not take action, Rep. Atienza added:

In the end, I pray that the true interests of the people, under the rule of law, will prevail over any other political agenda conveniently veiled as a countermeasure against alleged abuses.

Actress Eugene Domingo also voiced her support for ABS-CBN by posting a logo of the network with the message, “In the end, we are all family.”

GMA News reporter JP Soriano also expressed his support for the rival network by retweeting a post by Sherrie Ann Torres, a reporter from ABS-CBN.

I strongly stand with my fellow journalists at ABS-CBN whom I respectfully admired. #DefendPressFreedom https://t.co/bIgfCHZ1SL

The Defense and Police Press Corps, which is composed of journalists from all the major networks and newspapers in the Philippines, has also expressed its full support for ABS-CBN in the hope that the network can continue its operations.

Defense Press Corps: We stand by our ABS-CBN colleagues who are among the truth tellers feared by the powerful corrupt and abusive https://t.co/pmUlunDFSN #NoToABSCBNShutDown pic.twitter.com/jE9STjsj3n

ABS-CBN is currently facing the threat of being closed down because of the non-renewal of its franchise which needs to be passed into law, and the quo warranto petition filed by Solicitor General Jose Calida before the Supreme Court on February 10. The network’s franchise is set to expire on March 30, 2020. 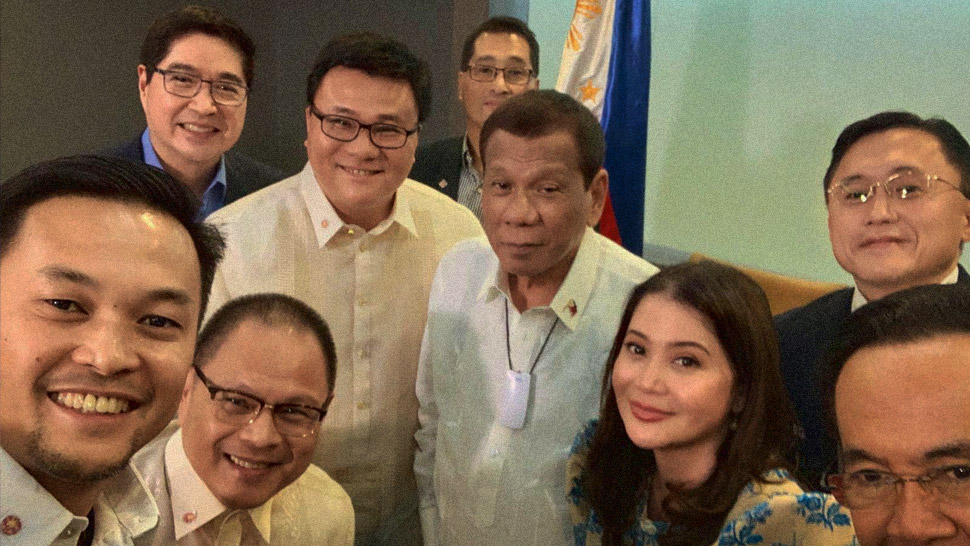