The congress is not yet done with ABS-CBN.

On July 28, seven congress members passed three resolutions for the investigation of the Lopez family's companies.

One resolution that was filed in the plenary of congress was to clarify ABS-CBN's use of the AMCARA Broadcasting Network with its broadcast using ABS-CBN TV Plus. While the second targets the investigation of the ABS-CBN Broadcast Complex in Mother Ignacia, Quezon City. The third serves to clarify the alleged P1.6 billion debt owed by the Lopez family's companies.

Remulla filed House Resolution No. 1015 which pertains to the investigation of the AMCARA Broadcasting Network because it allegedly violated its legislative franchise. According to Republic Act 8135 Section 11, it is forbidden to rent and use its resources to other broadcasting companies without the consent of the congress.

In House Resolution No. 1058, Marcoleta, on the other hand, wants to examine the title of the land where the ABS-CBN Broadcasting Center is located in Quezon City. 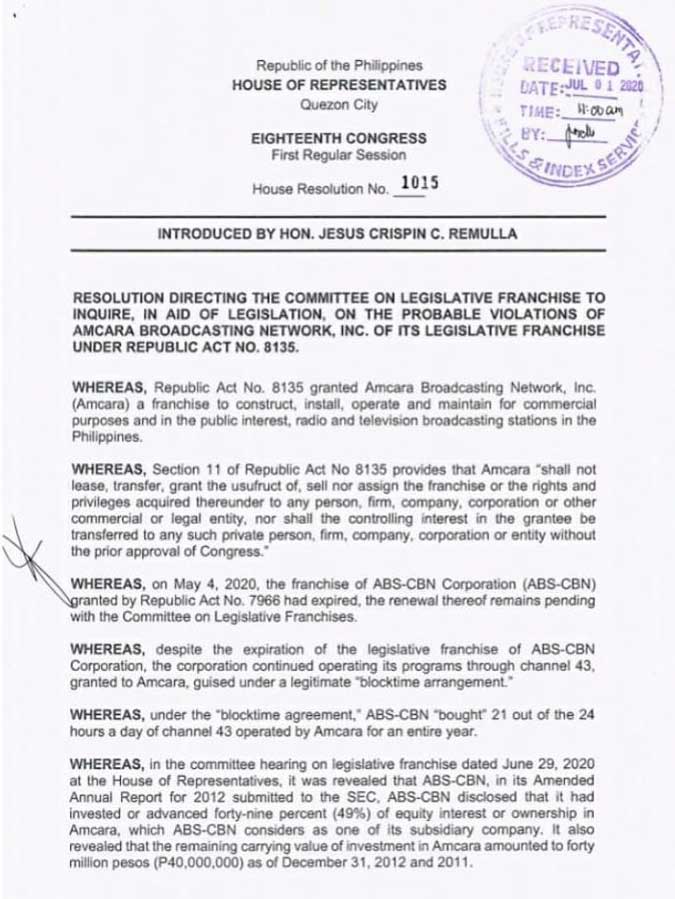 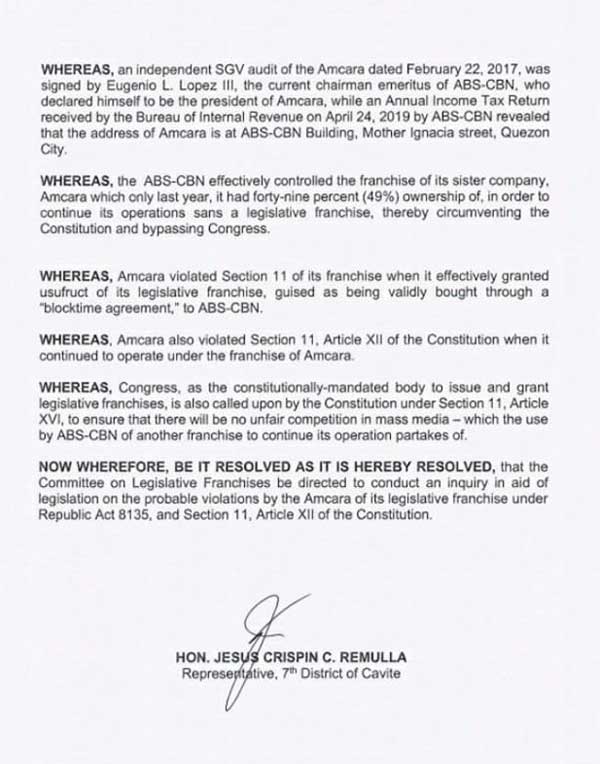 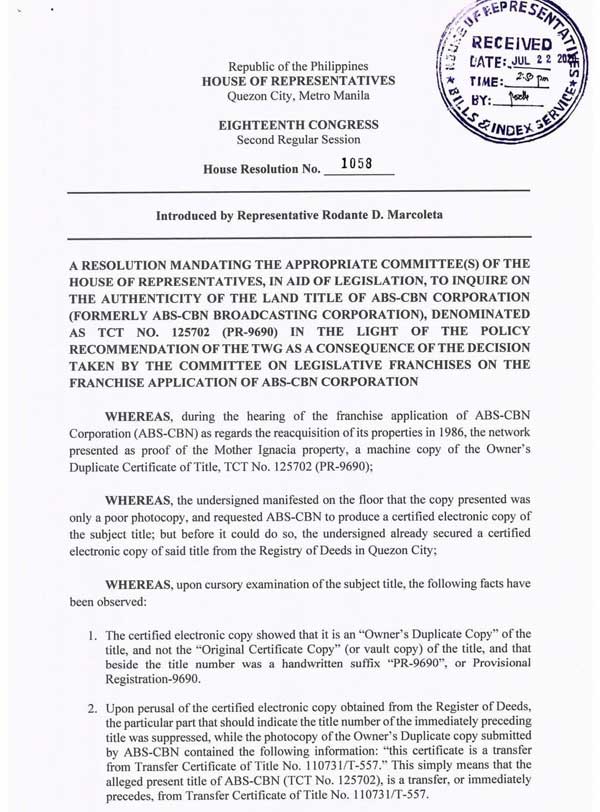 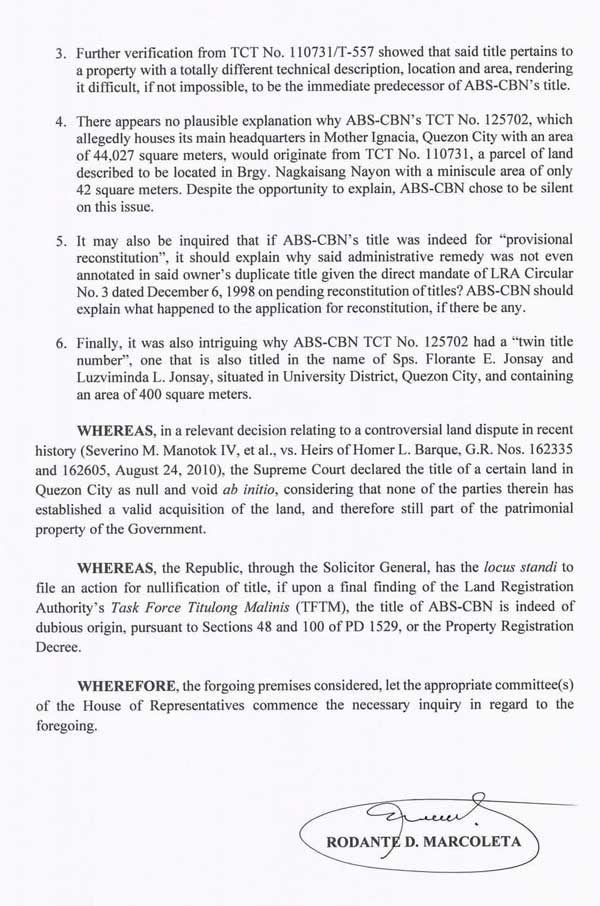 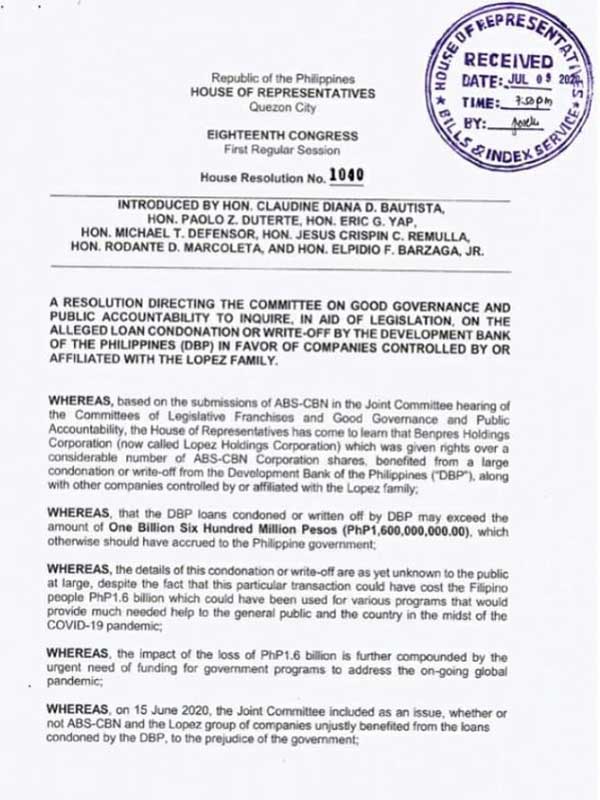 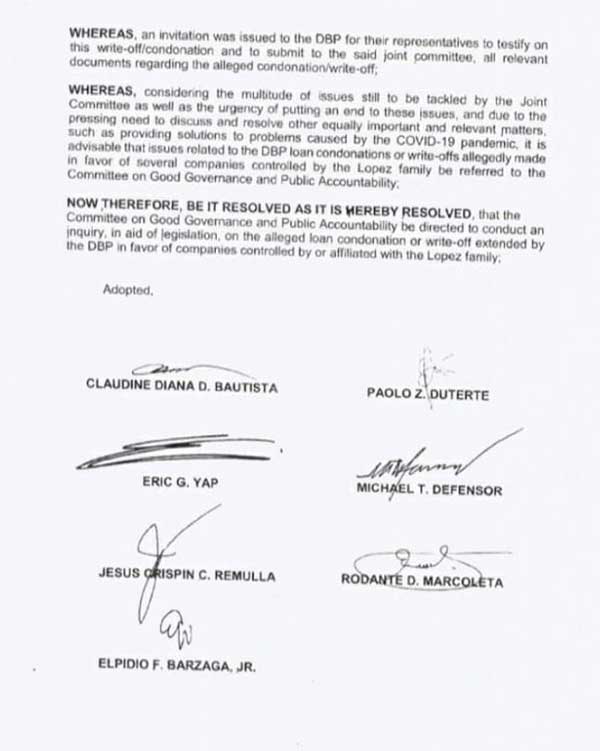 ABS-CBN has not yet issued a statement on the three new resolutions. 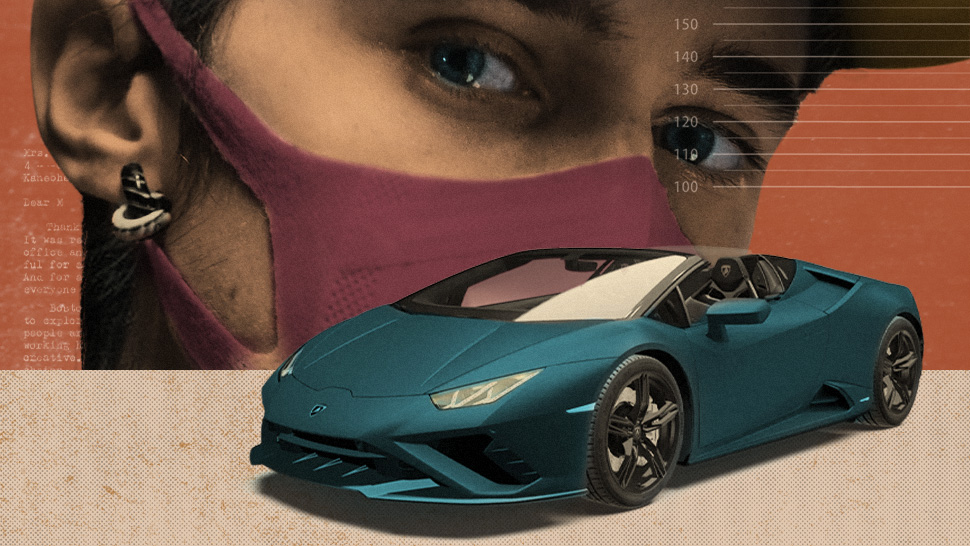 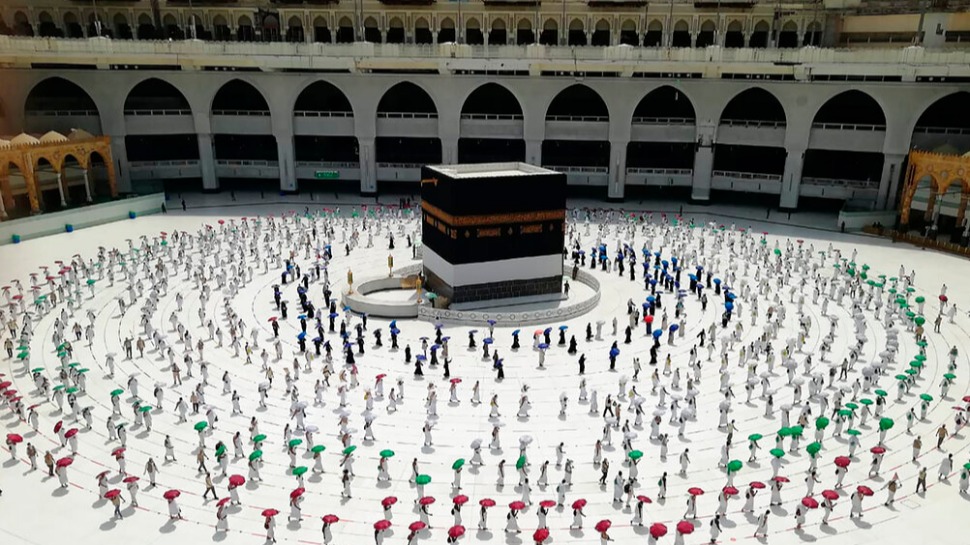