As Jeff Bezos was launched 60 miles up in a space dick, the people on the television spoke of colonizing Mars. 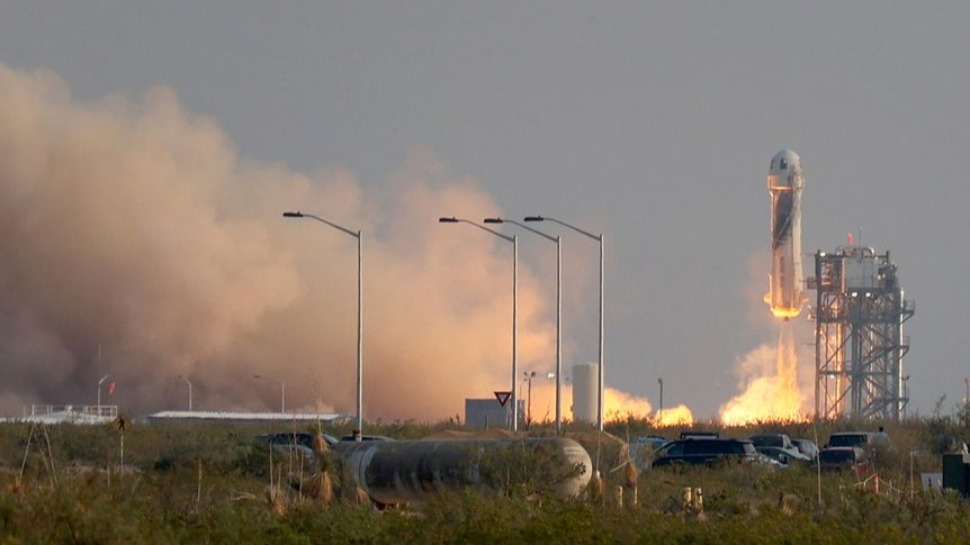 "The only way that I can see to deploy this much financial resource is by converting my Amazon winnings into space travel," Jeff Bezos said in 2018. "That is basically it." The allusions to Gil Scott Heron's "Whitey on the Moon" write themselves. At the time, Bezos had $131 billion in holdings according to Forbes—much of it unrealized gains, a very important distinction indeed—and he just came out and said he couldn't find anything within Earth's atmosphere to spend it on. Poverty? Hunger? Homelessness? Disease? Paying your workers a fair wage, or at least giving them a bathroom break? Paying taxes? None of these seemed to occur to an American oligarch. Instead, he's been selling $1 billion in Amazon stock per year and pumping it into Blue Origin, his space-rocket firm, which on Tuesday launched Jeff Bezos and three others 62 miles up—beyond Earth's atmosphere, if not quite into outer-space proper.

Which, you know, fine. There's some cool technology here—the craft, known as the New Shepard, is fully reusable and operates without a pilot—and human beings reaching for the stars is never to be pooh-poohed. We can roll out the standard laments about how what used to be a collective civilizational quest to reach a new frontier has become the purview of individual men who have become so rich they essentially operate as nation-states unto themselves. We can wonder what it means for a society already so unequal and so atomized. But what struck me about CNN's coverage of the event—many outlets took the whole thing live—was how much Space Colony Talk there was going on. This was the bold first step towards humans not just regularly visiting, but inhabiting the Moon and Mars, we were told. It was a giant leap towards interstellar civilization, where humans will bring our particular enthusiasms to solar systems beyond our own.

The craft returns to Earth. Well, it didn’t actually leave.

The undercurrent of all this is that it will someday be necessary, desirable, or both for a large number of human beings to live beyond Earth. I've got to disagree. By all accounts, Mars is a real shithole. I do not want to live there. I'm not interested in the Moon, either. Going to space is one thing, but living out there on a rival rock? These places have none of the natural ingredients to sustain human life—in particular, air you can breathe—and living there suggests the prospect of inhabiting some sort of bubble sheltering you from the unforgiving elements in a cold and barren landscape. Ask the Biosphere folks what that's like.

Does all this make me a Luddite? A killjoy? An anti-futurist? A pawn in the game lacking the vision of Mr. Bezos or Mr. Musk? Or does it make me rational?

Allow me to suggest an alternative: What if we all continued to live on Earth, a planet almost perfectly designed to allow our species to survive and thrive? Well, it might appear to be designed that way to us, a race of beings exceptionally prone to hubris and delusional beliefs about our own transcendent importance. Our need to feel special, or at least not insignificant—not to mention to explain why we're here and aware of it—once drove us to create grand myths about how everything around us was created for our benefit. Now that we know it was something approaching the opposite—that random luck led to conditions where our species emerged by chance—we've created new myths around how our species must survive, must continue to exist, even if it means many of us leaving the only planet around that's anywhere close to providing us with some hospitality. And the reason we might have to leave is that we're trashing our own house.

On the day that Jeff Bezos almost went to space, the Eastern Seaboard was treated to some atmospheric conditions that floated over from the massive wildfires in the American West and Canada. This, after we learned that these fires are now more likely to generate their own weather systems, and as we move towards accepting that the 20-year droughts in the American Southwest are actually what's called "aridification." This, after we were treated to another June of Doom, in which extreme heat waves were followed by extreme precipitation events that led to flash flooding in American cities. This is just a feature of summer now. It's every summer for the rest of our lives. The shellfish are cooking in their shells beneath the Great Northwest Heat Dome, and the Amazon may no longer be functioning as a carbon sink. We are in the midst of what some scientists are calling the sixth mass extinction event in Earth's history, and much of the destruction is happening in the planet's oceans, which billions of humans depend on to survive. The combination of drought, famine, extreme weather, and more will drive mass migrations of people, which, based on our reaction to a relatively small number moving in The Caravans, we will deal with very calmly. If armed conflict does not arise from that—and it will—it will arise over water. And that "and more" above is key, by the way: we still have not truly grasped just how interconnected all of these things are. The aggregate suggests a four billion-year-old planet that is trying to regain equilibrium by sweeping off one particularly annoying 200,000-year-old species.

Elsewhere in Bezos's 2018 soliloquy, he painted his space quest as, in part, a remedy for all this. "I’m pursuing this work, because I believe if we don’t we will eventually end up with a civilization of stasis, which I find very demoralizing," he said, discussing the limitations of energy harvesting on Earth and the prospect of having a trillion humans out in the solar system. Eventually, he said, he'd want Earth to be "zoned residential" and have all industrial activity occur on other planets, something straight out of a Sid Meier game. "I am very lucky that I feel like I have a mission-driven purpose with Blue Origin that is, I think, incredibly important for civilization long term. And I am going to use my financial lottery winnings from Amazon to fund that."

A lot going on here.

But the timeline Bezos was discussing dealt in hundreds of years. Everything seems to be happening faster, and with a great deal more ferocity, than even the scientists cast as doomsayers would say publicly these past decades. The specter of that interconnectedness of it all, of the layered effects of throwing our ecosystems out of balance, looms large. We don't have time for Bezos to set up a mining operation on Mars. (Another monopoly!) This is happening now, and the worst is coming sooner than we could have imagined. The sea levels don't need to rise the full 12 inches projected by 2100 for the storm surge to come crashing into your Miami garage. The king tide will now bring you an octopus. Instead of Bezos selling off some of his now $205 billion(!) in holdings and engaging in a full-court press to create a fully electrified human civilization, where pulling things out of the ground and setting them on fire is no longer necessary to power our society, he's launching himself 60 miles up in a Dr. Evil space dick.

Which, again, billionaires gonna billionaire. We can't expect the people whose ceaseless greed fueled this mess—buttressed by each of our own individual bits of greed and laziness, always choosing cheap convenience when it's on the table—to truly see these problems for what they are. These folks have climate bunkers in New Zealand. Jeff Bezos will not reap the whirlwind like folks in Bangladesh—or Louisiana—will. And besides, he and the other richy-rich types don't have enough money to do the job on their own. But it would help if we did not delude ourselves with these fantasies around fleeing the consequences of our own self-destruction. When it stops raining somewhere, people will move, but they ain't moving to the Moon.

Which is why it's so unnerving to see how readily people on the teevee gobble up these dreams of interstellar colonization—and, knowing human beings, domination and destruction. I guess everybody thinks they'll be on the boat when it sets sail. But even if you are, you aren't headed for the Undying Lands with Elrond. The Garden of Eden wasn't a place on Earth, it is the Earth itself. The rushing streams of a Vermont forest, or the rolling grasslands of the Serengeti, or the intricate reefs of an ocean ecosystem and all the bright and strange and wonderful things that depend on them. There are greater things than money, or even space rockets, and we are squandering them every day in our quest for things that will never make us feel so whole as the hum of the crickets and the creaking of the trees on a warm summer night in July. In our desire to fulfill the prophecy we spun for ourselves, we may destroy the place that made it all possible. That would be a fitting end for such a rapacious and delusional species as ours. 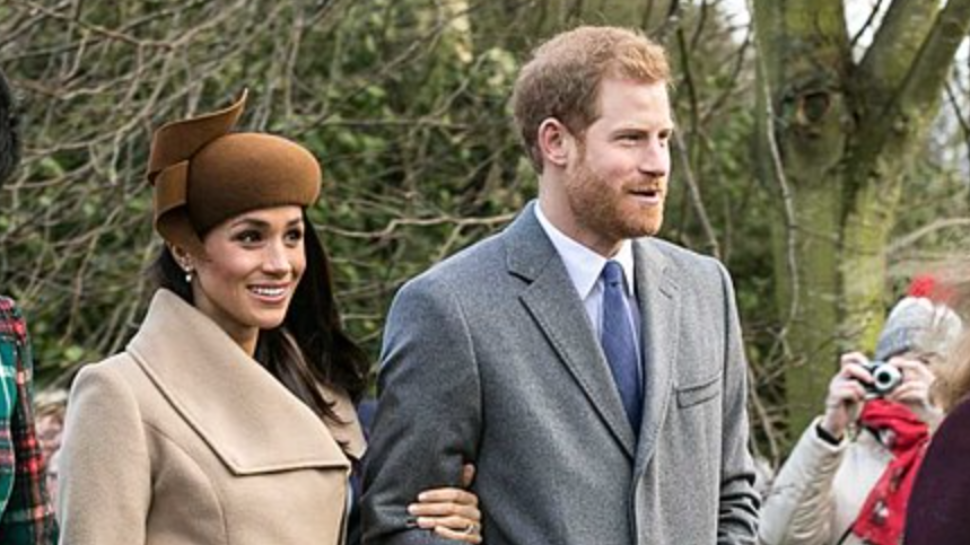 Prince Harry's Tell-All Memoir Is On Its Way 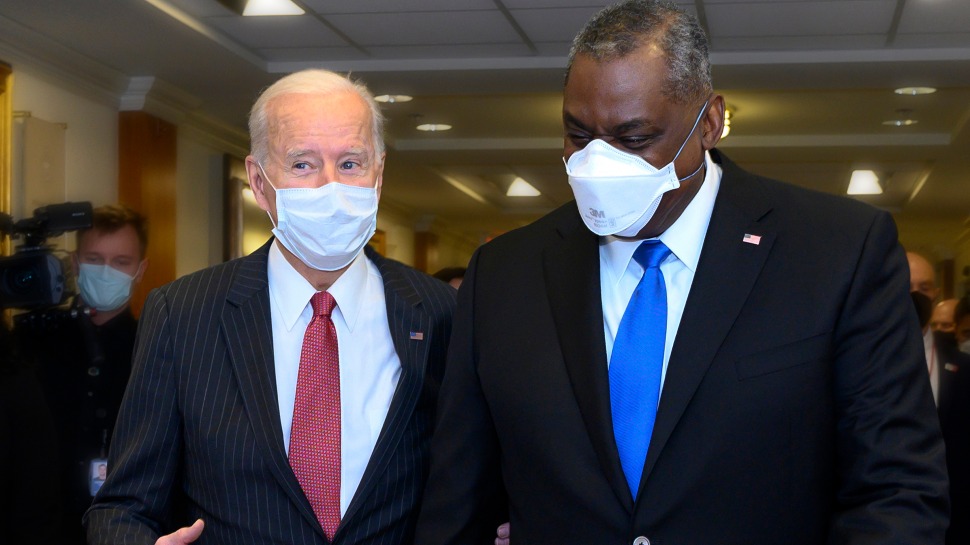 The U.S. Defense Secretary Will Visit the Philippines This Week
All Photos
Comments
View As List