President Pacquiao? Philippines Is Kept Guessing Ahead of Elections

President Manny Pacquiao. For now, the boxing icon turned politician holds that title in the PDP-Laban Party. Whether or not he would run for president of the Philippines, the senator said he was still praying over it.

Pacquiao took on the high-profile role in President Rodrigo Duterte's party just a few days before his 42nd birthday. The minimum age for presidential candidates is 40 and Pacquiao was just 38 when Duterte won the presidency in 2016, running under PDP-Laban.

As a Saranggani congressman in 2013, Pacquiao told Agence France-Presse that he would run for president, answering "yes" in response to a question. However, he said it will be up to "God's will." Three years later, he was elected senator. Should he not run for president or vice president, Sen. Pacquiao can still seek a second term in 2022.

While Pacquiao plays coy about whether or not he would run for president, "he always had the ambition," Ramon Casiple, Executive Director of the Institute for Political and Electoral Reform, told reportr.

Pacquiao told podcaster Nas Daily that he "hates" politics and that he is in it for the public service.

Much of Pacquiao's cult appeal is his rags-to-riches story. Before he made his claim as boxing's GOAT, he was a poor boy from General Santos City, the Philippines' tuna capital, who sold peanuts and water to help his mother.

On his wife Jinkee Pacquiao's YouTube channel, the Pacman was seen snacking on boiled bananas dipped in bagoong and urged his children to try it to experience the life that their father once lived.

“It's because of the system of politics [where] there are a lot of corrupt politicians," Pacquiao told Nas Daily. "But I’m here and I want to help the people who are in need because i’ve been there."

Unlike politicians who identify with the poor but were actually born rich like former President Joseph Estrada, Pacquiao rose from the poor's ranks and his ascent was well documented and celebrated, Casiple said.

"Ever since he started his political career, he had this reputation of being pro-people. Mabait, mapagbigay, that's why he's so popular," Casiple said.

Twitter was buzzing after PDP-Laban's announcement of Pacquiao as its new president. Pacquiao the sports idol and pambansang kamao is different from Pacquiao the politician.

Pacquiao is a Born Again Christian and credits his deep faith for helping him drop his womanizing ways and become a family man. In 2016, he said gays were "worse than animals" costing him his Nike endorsement. He apologized later that year.

While Pacquiao is for the masses and is guided by faith, the challenge remains: navigating Philippine politics, where dynasties and the wealthy still hold sway, Casiple said.

"I'm talking about traditional politics. People he ran with, those who talked to him about going into politics are really part of trapo politics," he said.

"He may have pro-people positions but if anything, he's still a politician. That's actually a problem," he said.

Chavit Singson, Pacquiao long time mentor, is the patriarch of a political dynasty in Ilocos Sur and once confessed to being a gambling lord.

"I'm not saying he's bad just because he has done the ways of other politicians. But he still has a lot to learn about politics because compared to the others, he is very much a newcomer," he said.

Presidential elections in the Philippines are unpredictable. The last two who won the elections, incumbent Rodrigo Duterte and his predecessor, Noynoy Aquino, both defeated survey topnotchers and rode the prevailing public sentiment of the time.

Pacquiao's relative inexperience and youth are unlikely to work against him, Casiple said. He also has the money, not to mention a wife who is a social media celebrity.

"We don't have a genuine political party system yet, kaya it's hard to make use of the argument na baguhan siya, or old one na siya, or marunong na siya," Casiple said.

Pacquiao can very well serve the people but the responsibilities of the presidency are vast, he said.

"He needs to really have a concrete understanding and of course, plan, on how to really solve problems, especially deep-seeted ones like poverty, and problems in human rights and the environment," he said.

"Sa bigat ng problema ng bansa, he'll really need a lot of expertise. I hope, when the time comes, if ever he does run, he will have learned real politics," he said. 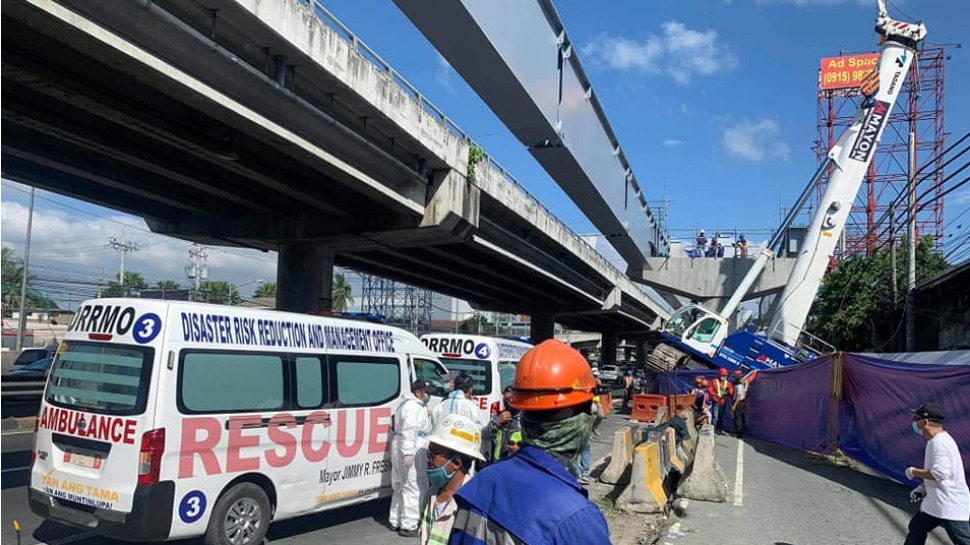