The investigation into the alleged poll irregularities in the vice-presidential election is now set to proceed with the Supreme Court's Presidential Electoral Tribunal ruling against Vice President Leni Robredo. While the PET recognized Ferdinand Marcos Jr.’s protest to be “sufficient in form and substance,” only an investigation will be able to provide sufficient evidence on whether Smartmatic vote-counting machines were used to transfer votes from one candidate to another.

The wave of sexual abuse and harassment allegations against the Catholic church which rocked Europe and the United States in past decades has reached Philippine shores, according to an Al Jazeera investigation. The report states that abuse in our country “is a growing problem” with “priests accused of abuse…seldom prosecuted.” The reason cited for this is the power the Church continues to wield against its members who are often too intimidated to speak out. Furthermore, abusive priests usually do not face serious consequences if caught, as exemplified by President Duterte’s alleged abuse by a priest during his teenage years.

Trump not committed to two-state solution between Israel and Palestine.

In a surprising reversal of a decades-long foreign policy stance, President Trump stated that he would back any solution which leads to peace between the two parties. The two-state solution is the internationally agreed-upon path forward in a peace process which has never made any real progress. However, Trump’s comments, which contradict UN Security Council resolutions, are likely to sow more confusion and anger in the region.

Reiterating his election campaign accusation, Senator Antonio Trillanes IV revealed a spreadsheet given to him by a “concerned citizen” which allegedly shows hundreds of millions of pesos owned by various members of the President’s family. Trillanes alleges that the money trail indicates “a pattern of behavior” of corruption, and supposedly includes P 120 million given by Davao-based businessman Sammy Uy. The President’s Spokesperson, Ernesto Abella, called the allegations a distraction from the “humongous challenges” the President faces in leading the nation. 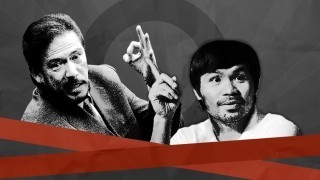