It's been a year since case number one.

The Philippines breached the 500,000 COVID-19 cases milestone after confirming 1,895 infections on Sunday, roughly one year since the first confirmed case and as authorities moved to secure vaccines for its 100 million population.

The global death toll has reached two million, the U.S. being the hardest-hit with 393,000 reported deaths. 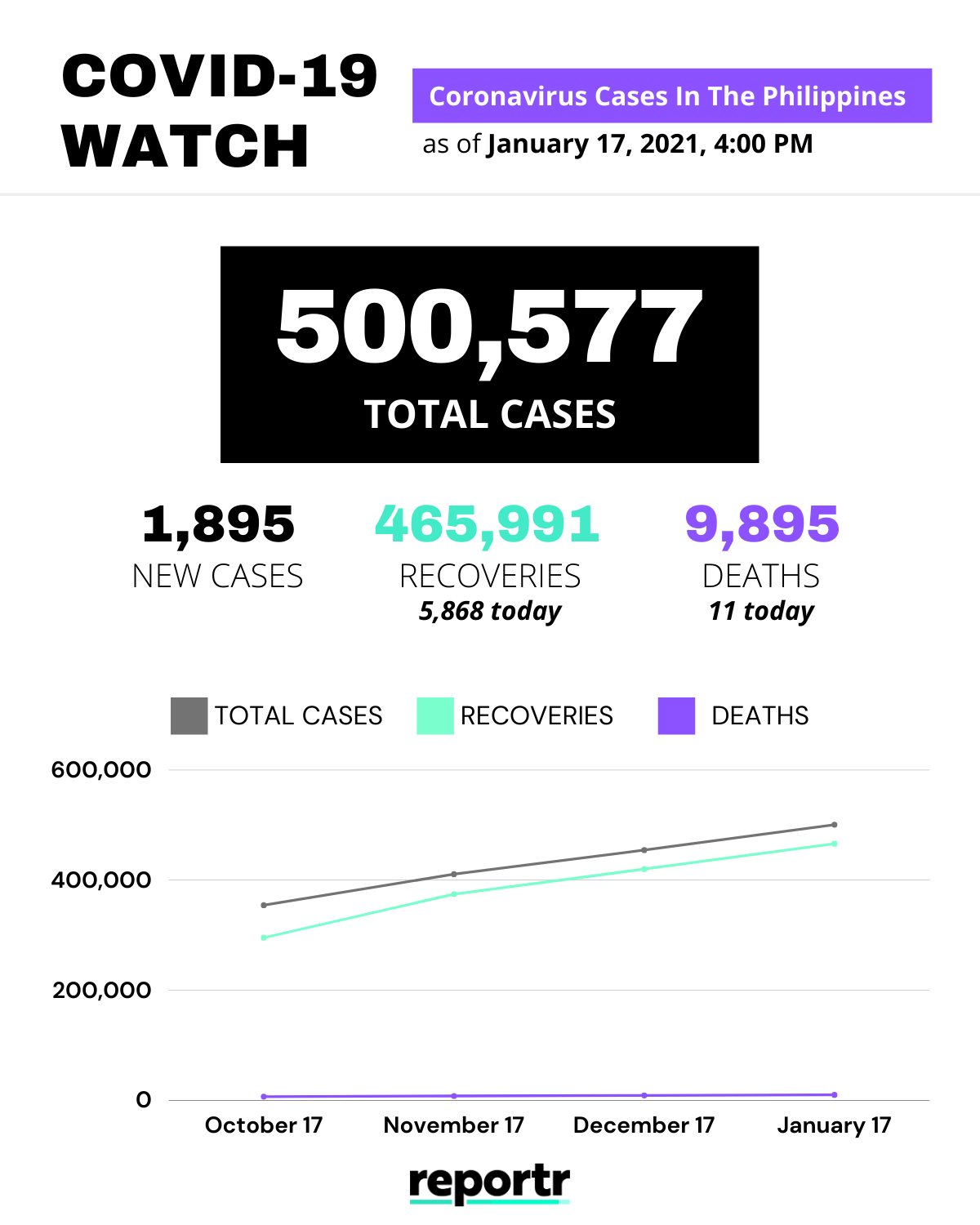 It's been 10 months of quarantine and counting.

Metro Manila is under GCQ until the end of the month while most of the country is under MGCQ. It's the two lowest form of restrictions under a four-tier system. It will be reviewed and revised by the end of January.

CONTEXT: When Will Quarantines Be Lifted? NEDA Says Likely in 2022

The country is on alert over a new COVID-19 variant.

Last week, the Philippines detected its first case of the new COVID-19 variant which originated from the UK. This resulted in a ban on arrivals from similarly affected countries until the end of January.

CONTEXT: New COVID Variant: What We Know So Far

The Philippines is building its vaccine supply.

Malacanang and the country's top businessmen have ordered millions of vaccine doses for the population. The jabs could arrive as early as February. Local government units also signed deals to procure jabs for their constituents. See if your city is on the list.

There's also the threat of a surge in infections.

The country could see more cases as people congregated during the Christmas holdays and the Jan. 9 Black Nazarene feast in Quiapo, Manila. Authorities are also watching weekend commemorations of the Sto. Nino feast in Manila and Cebu.

The Presidency Isn't Made For Women, Says Duterte, Whose Daughter Is Rumored to Run 2022
All Photos
Comments
View As List