Are Those 'Epal' Billboards on EDSA Legal?

A 2009 Supreme Court decision can clarify it all. 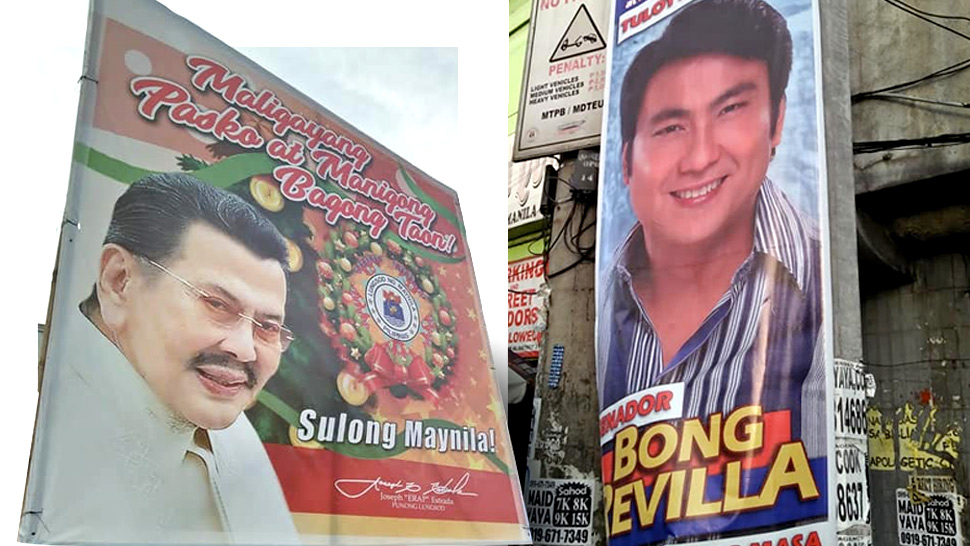 Sometime in 2018, billboards along EDSA began to be populated, not just by the faces of the country’s biggest actors and actresses, but by other equally famous yet not as fun to look at figures: politicians.

By now, commuters, who travel along the main highway, have seen the beaming headshots of these politicos on giant billboards. Some of these politicians even attempt to look cool with caricatures of themselves accompanied by holiday greetings, or worse, a lame tagline.

And yet, the scheduled campaign period for the May 19 polls has not even started.

Based on the official calendar of activities of the Commission on Elections (COMELEC) for the 2019 polls, the campaign period for senators and party-lists vying to win seats is set to commence on February 12 and will end on May 11.

Is this premature campaigning illegal? How do these politicians get away with it?

The answers lie in a 2009 Supreme Court (SC) decision that never quite caught on the public sphere.

In 2009, the SC decriminalized “premature campaigning” after it declared “a candidate is only liable for election offenses only upon the start of the election period” in its decision on the disqualification case of former Sta. Monica, Surigao del Norte mayor Rosalinda Penera.

This means that whatever a candidate does before the election period cannot be scrutinized under the law as they are mainly just practicing free speech.

Technically, RA 9369 has repealed Section 80 of the Omnibus Election Code, which said it is unlawful “for any person, whether or not a voter or candidate, or for any party, or association of persons, to engage in an election campaign except during the campaign period.”

But several lawmakers have already tried to criminalize premature campaigning once more.

The late Miriam Defensor-Santiago filed bills related to premature campaigning during her tenure. Senate Bill 3305 proposes to have persons who wish to run for office to file a “Certificate of Intention to Run for Public Office” around six months before the official filing of candidacy.

Meanwhile, Senate Bill 2445 defines a “prospective candidate” as “any person aspiring for or seeking an elective public office, whether or not he/she has explicitly declared his/her intention to run as a candidate in the immediately preceding elections, who eventually files a certificate of candidacy.”

Just last October, the Senate Committee on Electoral Reforms and People’s Participation filed Senate Bill No. 2064, which seeks to amend RA 9369 by redefining who is considered an official candidate for an upcoming election. Under the bill, “a person shall be considered a candidate at the moment such files a certificate of candidacy.”

However, it remains pending for second reading.

Without any of these proposed measures, it seems most of us would have to endure the eye-sore campaign billboards of our future leaders.

The Busiest Senate Re-Electionists: How Many Bills Did They Sponsor or Co-Author?
All Photos
Comments
View As List