A look at how the seven Senate reelectionists voted on major laws and resolutions in the past Congress.

Nowadays, seeing a campaign poster out on the streets is no longer surprising. Many candidates have been boosting their posts and videos online to raise awareness, as a way of saying, hey, I’m running for a government position—again!

The culture of “popular voting” is now in full force. We can only hope that as election day approaches, more voters get to know their candidates better instead of getting swayed by campaign materials that do nothing but glorify and glamorize candidates without proper context.

To help you decide which would best would serve your ideals and virtues, we tracked how the seven Senate , Cynthia Villar, Paolo Benigno “Bam” Aquino, Sonny Angara, Aquilino “Koko” Pimentel III, Grace Poe, Nancy Binay, and Joseph Victor (JV) Ejercito, voted on some of the biggest laws and issues that hounded the legislative body in the past two years. 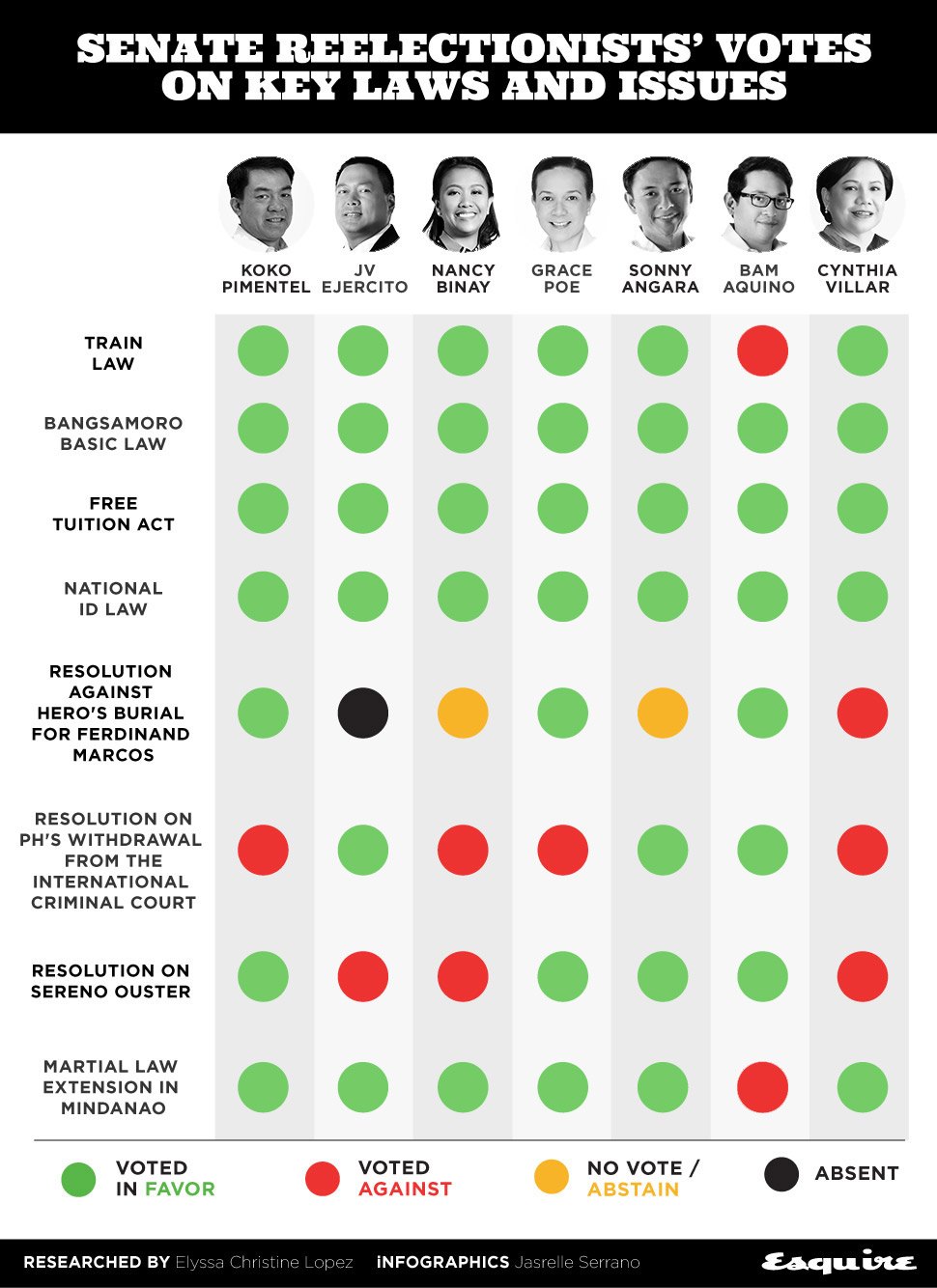 As seen in the infographic on this page, we listed four major national laws and another four resolutions that the Senate tried to pass, and charted how the seven legislators voted on each measure.

First on the list is the Tax Reform for Acceleration and Inclusion (TRAIN) law, which was sponsored in the Senate by . All voted in favor of the measure, except for Aquino, who called for the law's suspension in mid-2018.

The next three on the list—Bangsamoro Basic Law, the Free Tuition Act, and the National ID Law—are just some of the few measures that all agreed upon.

It was in the issuance of resolutions that the members of the Senate went at odds among each other.

In 2016, the President fulfilled his campaign promise of having late dictator Ferdinand Marcos laid to rest at the Libingan ng Bayani but it was not without strong opposition from critics and martial law victims. The Senate tried to issue Resolution 86, which argued how the former President was “unfit” to be buried among heroes and soldiers, but it failed to get the majority vote.

Senate Pimentel, Poe, and Aquino were among the minority then, with Villar the lone who supported the idea. The rest, including Binay, Ejercito, and , abstained from the vote.

The Senate also tried to challenge another decision, this time by the Supreme Court, when it removed former Chief Justice Maria Lourdes Sereno from her seat through a quo warranto plea in May 2018. While it was signed by 14 out of the 23 Senators present during its vote, Senate Resolution 738 was never adopted. The resolution questioned the Supreme Court's decision, which it said violated the Constitution.

The Constitution states that the House of Representatives has the exclusive power to initiate all cases of impeachment while the Senate has the sole power to try and decide these cases.

Almost all Senate signed the proposed resolution save for Ejercito and Binay.

Before 2018 ended, the Senate also voted on the extension of martial law in Mindanao. All of the voted in favor of the move, except for Aquino, the lone opposition on the list.

But if there’s a resolution on the list that still has the potential to change major policies, it would be Resolution 289, which “expresses the sense” of the chamber that it has a say on whether the country’s participation in any treaty or international agreement has terminated.

In March, the Duterte administration withdrew the country from the International Criminal Court (ICC) after one of its prosecutors declared that it has started its investigation on the President and other top officials for their alleged hand in crimes against humanity with the war on drugs.

Under ICC rules, the withdrawal will only be deemed effective a year after the petitioner’s request has been submitted.

Since the administration made such a move, critics have reiterated that the President cannot withdraw from the high court “on his own.” The constitution states that "No treaty or international agreement shall be valid and effective unless concurred in by at least two-thirds of all the Members of the Senate.” It’s the lone provision that Senate Resolution 289 hopes to uphold, however, it remains to be unadopted.

Only Aquino, Angara and Ejercito signed the resolution among the .

Editor's note: This story was edited on January 13 to state that Bam Aquino voted against the TRAIN measure. An earlier version of the story said he was among those who voted yes. We apologize for this error. 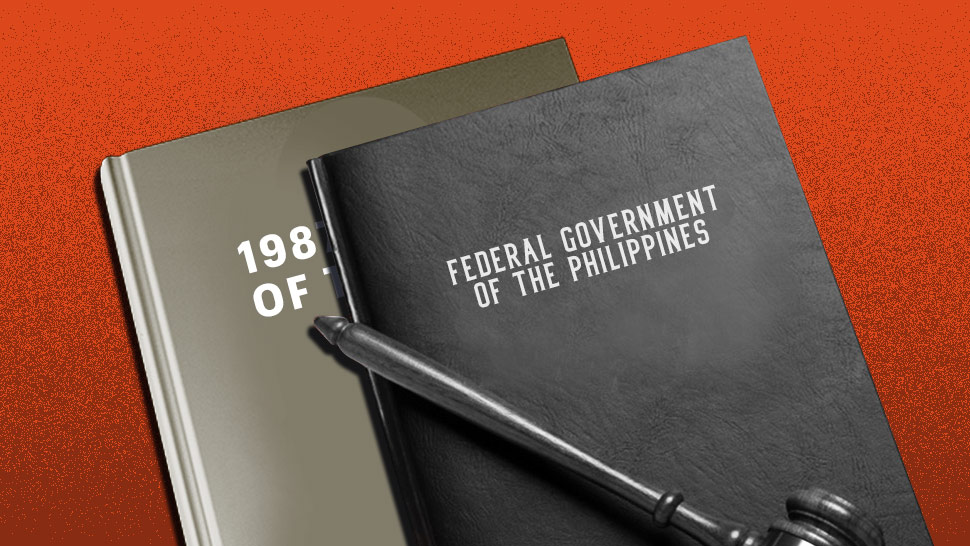