Every time we browse social media, we’re bombarded with news about what’s going on in the world, and you don’t need me to tell you that most of it isn’t good. These days, the headlines are all pretty much the same—racial injustice, violent protests, government ineptitude, and of course, a little thing called the coronavirus pandemic.

And bombarded is the right word. Think about your latest scroll on Facebook, Twitter, Instagram or Reddit—if it isn’t updates from a legit news source, it’s one of your friends sharing a news item with their commentary on the side, or a celebrity you follow making his or her opinions known. It seems everyone and their mother has something to say. There’s hardly any escape.

Not that you were looking for an escape in the first place. Social media has long ago replaced traditional news media as the primary source of news and information, and actual news stories fight for your attention alongside things like what your friends are having for dinner, cute dog and cat videos, and countless funny memes.

But the brain can only take in and process a finite amount of information at any given time. I don’t know about you, but reading about the umpteenth update about COVID-19 is mentally and emotionally taxing. And then you read about what’s going on in the US, about the riots and protests stemming from the death of George Floyd, plus local news about the anti-terror bill being passed, and regular folk just trying to survive in a new, post-COVID world, and you can’t help but feel a profound sense of exhaustion and hopelessness.

A world in chaos

Because of all of this, it isn't hard to imagine how much humanity seems like it's descending into madness and chaos. Anarchy reigns and no place in the world is safe—even rich, First World countries that are supposed to be above the troubles plaguing developing nations. The news paints a horrid portrait of a planet beset by unending violence and strife. It’s all we can do not to run to the nearest bunker, wrap ourselves in blankets, and wait for the impending apocalypse.

Some people might be tempted to delete their social media apps to achieve a semblance of peace and normalcy, but the implication is that we’re shutting ourselves off from the world and deliberately turning a blind eye to actual, real-world issues. Choosing to ignore what’s happening doesn’t make the problems go away, but for the most hardcore activists among us, doing so insinuates disinterest and neutrality, or worse, apathy. And that’s when you hear those immortal words by Bishop Desmond Tutu: “If you are neutral in situations of injustice, you have chosen the side of the oppressor.”

So, in summary: you risk mental and emotional fatigue when you keep abreast of the news, and you’re privileged, indifferent or you just don’t care when you don’t. 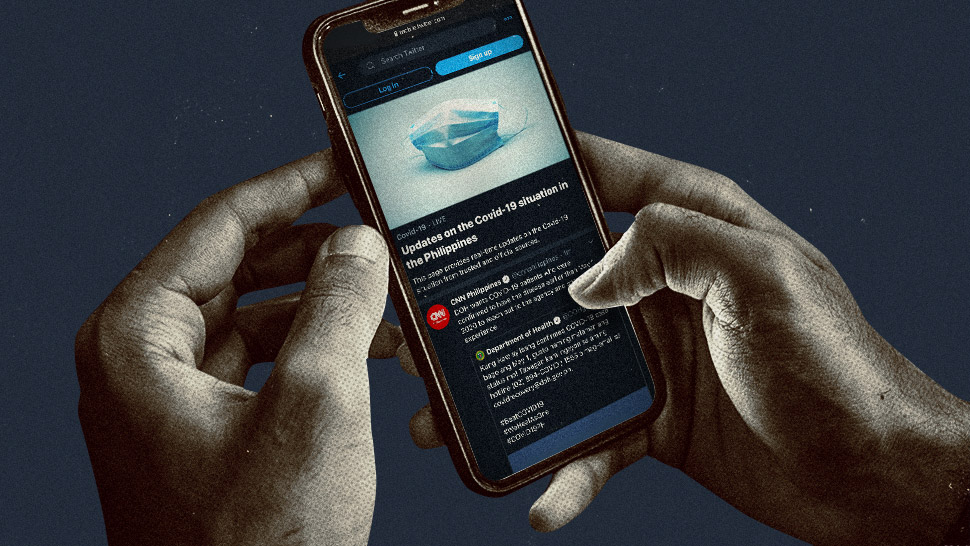 Many experts suggest cutting back but not entirely turning off the news on social media. Especially with things that relate to COVID-19, information is critical and it won’t do well to just turn off news about it completely. So in this regard, try setting a limited amount of time during the day when you can allow yourself to check what’s going on in the world. Do it hours before bedtime, to lessen bouts of worry and anxiety. You can also choose to get your news from sources you can trust, meaning actual news platforms with a reputation for integrity. Lay off the trashy political blogs with zero credibility that does nothing but add to your frustration and stress.

'When it bleeds, it leads'

For your own personal peace of mind, it helps to remember that news, by its very nature, is often slanted toward the negative. No one wants to read about the thousands of airplanes that take off and land safely each day (although that number is far fewer these days). Of course people would be interested about that one plane that crashes and kills everybody onboard. That age-old truism of “When it bleeds, it leads,” still rings true.

This focus on everything that’s wrong with the world is part of the reason why many of us all feel on edge when watching the news. When we see videos of riots and looting, of violence committed by persons of authority against ordinary civilians, we can’t help but think about how much the world is deteriorating into disorder.

In times like these, I try and think about that oft-quoted study by Harvard psychologist Steven Pinker which he detailed in his book The Better Angels Of Our Nature: Why Violence Has Declined. According to him, we are actually living in the most peaceful time in all human history.

It sounds unbelievable, considering how much we’re blasted with news about violent protests, mass shootings, suicide bombers, and similar acts of aggression almost on a daily basis, but Pinker’s findings are backed up by solid research. In World War 2, for example, the human population lost about 300 for every 100,000 people each year. It dropped to the 20s during the Korean War, and further down to the teens during the Vietnam War. Today, he says we’re down to about one war-related death per 100,000.

“If you get your view of the world from the news, you’re always going to think that we’re living in violent times,” Pinker tells PRI.org. “Because if anything blows up, if there’s any shooting anywhere in the world, it instantly gets beamed across the globe. News is about stuff that happens. It’s not about stuff that doesn’t happen. And as long as violence hasn’t gone down to zero, there will always be enough incidents to fill the news.”

Of course, Pinker has his doubters, and those who believe he’s just plain wrong. But the lesson here, I believe, is that there’s so much more that’s happening around us beyond what we see, hear and read on the news. We need to cultivate an attitude of discernment before we rush into any conclusions about the world and our place in it. Developing a sharper, more informed thought process would help us transcend the immediate, often inaccurate opinions we form when faced with information we get from the news media.

All this isn’t to say that we should choose to be callous about the bad things that’s actually going on. Let’s not kid ourselves—the world can seem like a shitty place right now, and we don’t even have to turn on CNN or browse through BBC News’ website for proof. Just check your Facebook newsfeed or Twitter timeline and it’s all there.

But if it’s all just a little too much, there’s nobody stopping you from exiting the app, putting your phone down and taking a deep breath to compose yourself. What happens next—whether you choose to do something about the information you just got, or letting it go to focus on your own mental health—is, as always, entirely up to you. 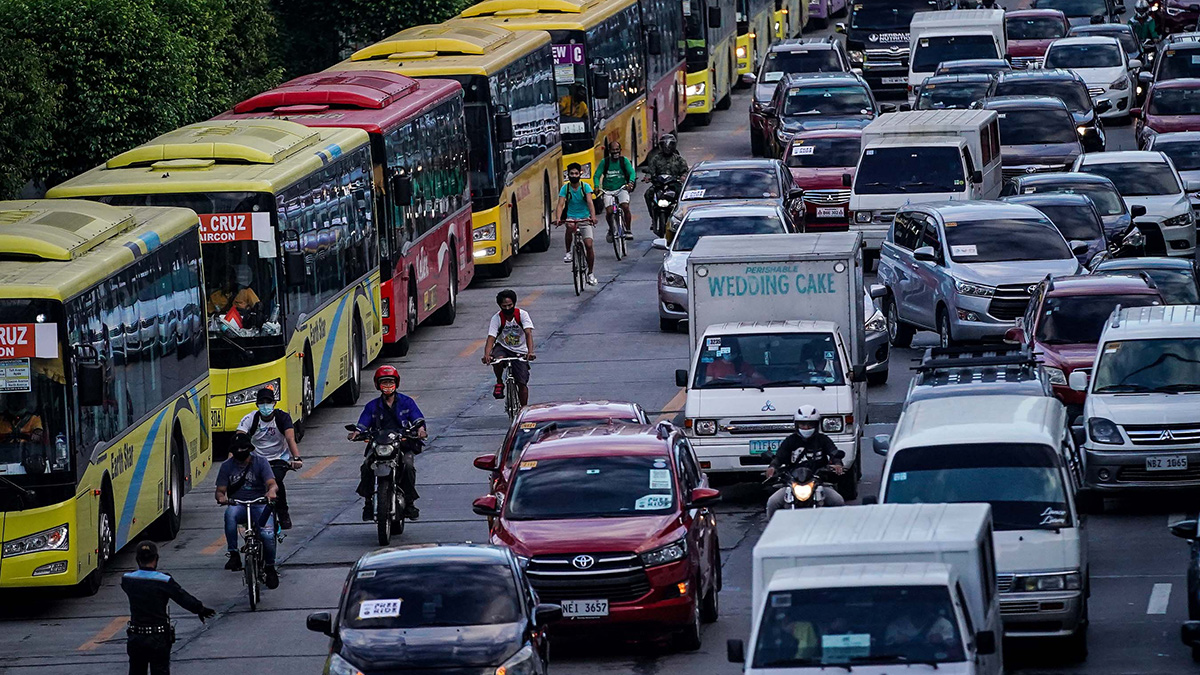 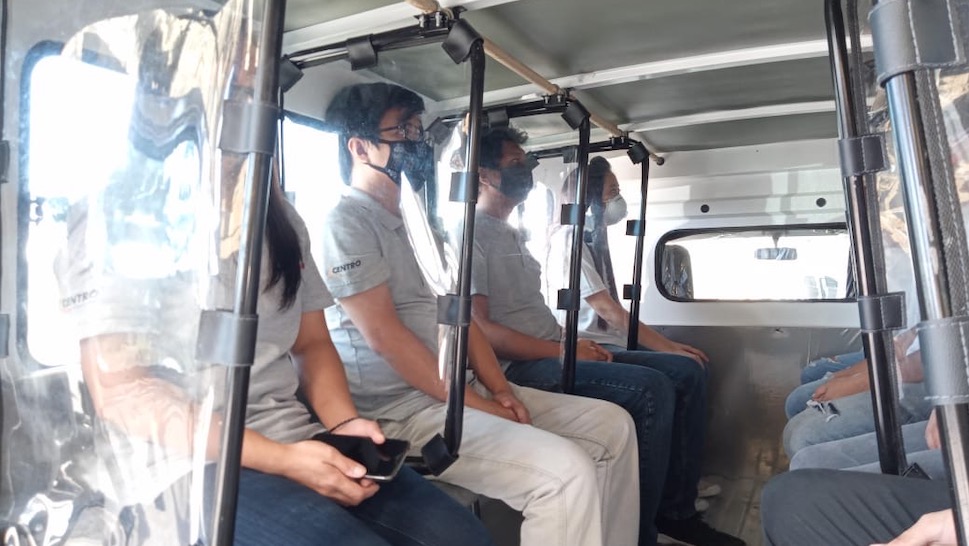