The SONA Throughout History

Let's go back to a time before profanities and Brillante Mendoza frames. 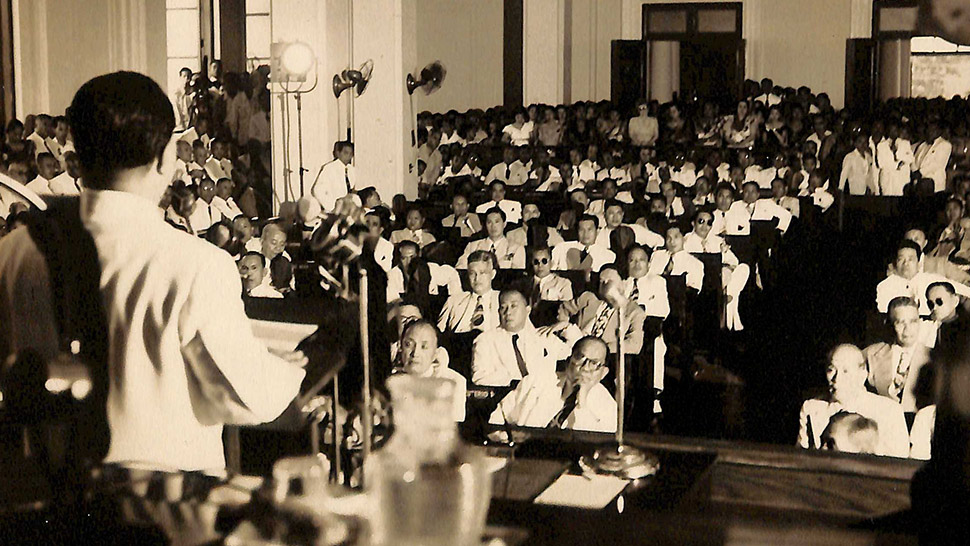 Monday marks President Rodrigo Duterte's third annual State of The Nation Address, which he promised, weeks prior, will last no longer than 35 minutes. It was also announced that this year's SONA will be directed by Bb. Joyce Bernal, a famous filmmaker known for her blockbuster comedies. Before Bernal, Duterte's two previous SONAs were also helmed by another acclaimed filmmaker: Brillante Mendoza.

But even recent history will show that the annual State of The Nation Address wasn't always what it is today. For instance, the language wasn't always so...colorful. But we digress. The SONA has been around since early on in our history as a republic, and has since evolved through the years. We can learn as much from The Official Calendar of The Republic, a government publication released in 2014 that contains, within its list national commemorations, a brief history of the SONA. Here's what we picked up:

While former President Emilio Aguinaldo delivered something of an address during the Malolos congress in 1898, it wasn't quite so much about the State of The Nation as it was a congratulatory message. Years later, the practice of delivering a yearly report on the state of the Philippines began with a line in Section 21 of the Jones Law of 1916, which required the Governor-General of the Philippine Islands to report on the transactions of the government to an executive office, which would then transmit the report to the President of the United States.

But it wasn't until the Commonwealth period that the SONA as we know it today was born. Article VII, Section 5 of the 1935 Constitution stated that "The President shall from time to time give to the Congress information on the state of the Nation, and recommend to its consideration such measures as he shall judge necessary and expedient." To this day, this definition of the SONA generally holds.

In 1936, it was June 16, so Quezon's second SONA fell on that day. In 1937, it was October 16, but since that fell on a Saturday in 1937, Quezon delivered his third SONA on the following Monday, October 18. Then, starting 1938, Congress' opening sessions were held on the fourth Monday of January, so the SONA fell on that day until Quezon's last in 1941, just before the Japanese occupation. 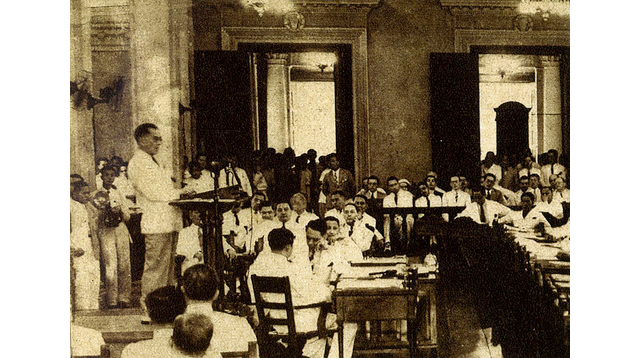 Under the second republic, then-President Jose P. Laurel delivered an address in 1943, but noted that there was no mention of a SONA in the 1943 Constitution. As such, this one isn't technically considered a SONA. 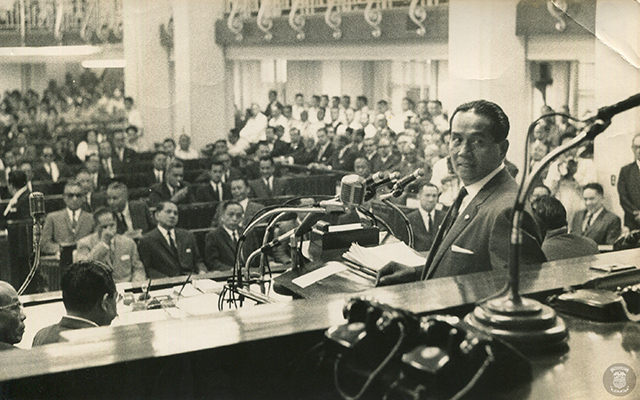 President Diosdado Macapagal's fourth SONA, delivered at the Legislative Building, Manila on January 25, 1965. Here, he glances behind him, at where Speaker of the House Cornelio Villareal and Senate President Ferdinand Marcos are seated. IMAGE: National Library of The Philippines via Presidential Museum and Library on Flickr

Then, after the establishment of the independent Republic of the Philippines on July 4, 1946, the SONA was again set to be delivered on the fourth Monday of every January, starting with President Roxas’s address on January 27, 1947.

Notably, in January 1950, then-President Elpidio Quirino delivered a SONA via radio broadcast, while laying on his hospital bed in America. Then in January 1970, Ferdinand Marcos' SONA was met with violent protest, with rocks hurled his way. 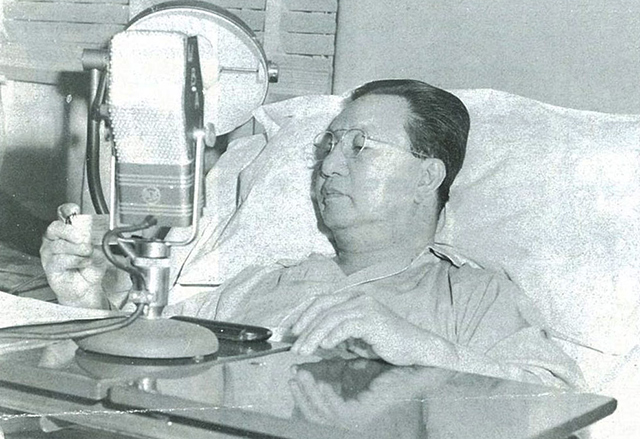 The January tradition continued until January 1972—the year that Ferdinand Marcos declared martial law. From 1973 to 1977, Marcos delivered the SONA on the official anniversary of his imposition of martial law: September 21. Because Congress had been abolished, these speeches were delivered before an assembly, either in Malacanñan Palace or at Luneta (except in 1976, when it was delivered during the opening of the Batasang Bayan at the Philippine International Convention Center). 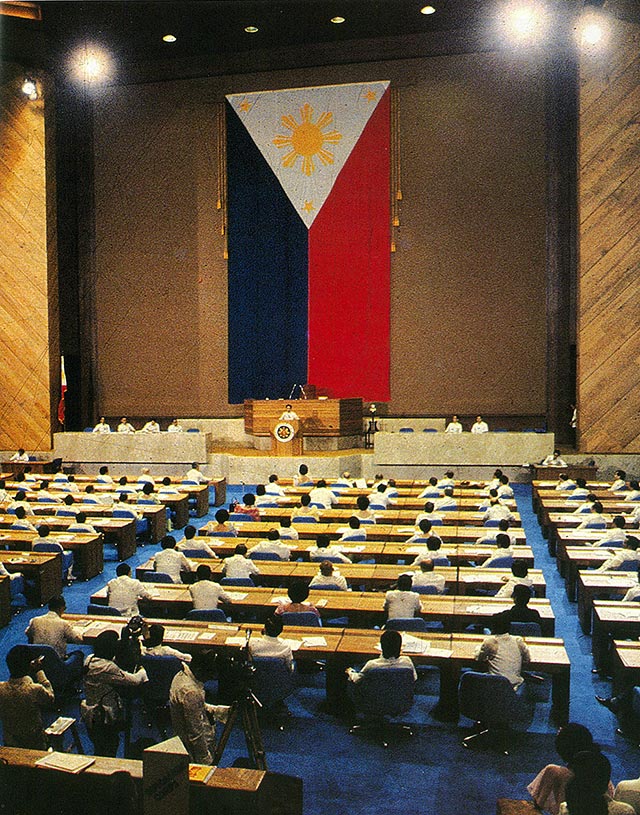 ADVERTISEMENT - CONTINUE READING BELOW
Ferdinand Marcos' 13th State of The Nation Address was held on June 12, 1978, on the same day as the inauguration of the Batasang Pambansa in Quezon City. IMAGE: Presidential Museum and Library via Flickr

Then, from 1979 and to this day, the SONA has been delivered on the fourth Monday of July. The only exceptions were in 1983, when the SONA was delivered on January 17 to commemorate the anniversary of the ratification of the 1973 Constitution and the second anniversary of the lifting of martial law; and in 1986, when then-President Corazon C. Aquino, who had declared a revolutionary government, did not deliver a SONA.

After Congress was restored in 1987, Aquino delivered her first SONA in the Session Hall of the House of Representatives at the Batasang Pambansa Complex. All succeeding Presidents since have delivered the SONA at the same place. Over the decades that followed, the SONA came to accrue a cultural significance as well (eventually, it was even criticized for becoming something of a red carpet for politicians and their high-profile circles).

Fast-forward to 2010, when then-President Benigno Aquino III's first SONA also became the first in our history to be delivered entirely in Filipino. All previous SONAs had been delivered mainly in English, with occasional code switches. 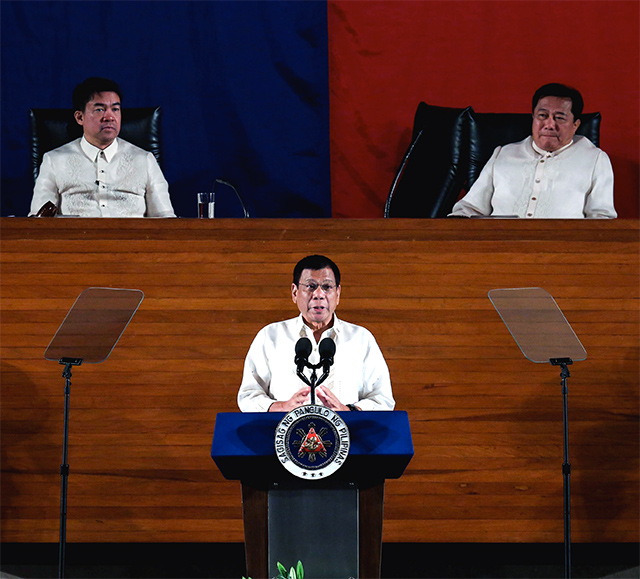 And that brings us to the era of Dutertian SONAs, which surely qualify as a moment of their own in the history of SONAs. Our current President has taken the Philippines' annual political ritual and filled it with invectives, informal asides, and off-the-cuff remarks that are certainly...atypical. But nevertheless, the purpose of the SONA holds. The President will be talking about important things on Monday, and whether you agree with him or not, it's your duty as a citizen to listen. 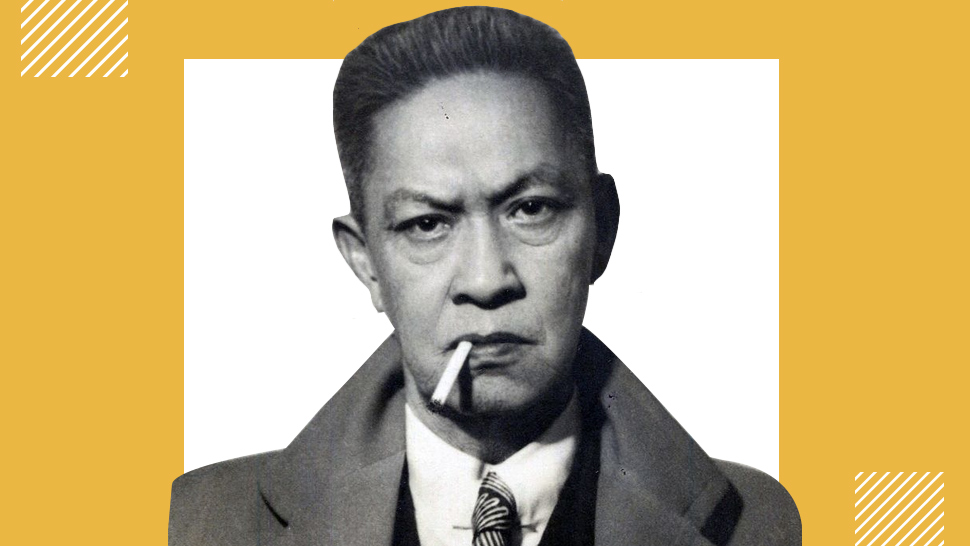 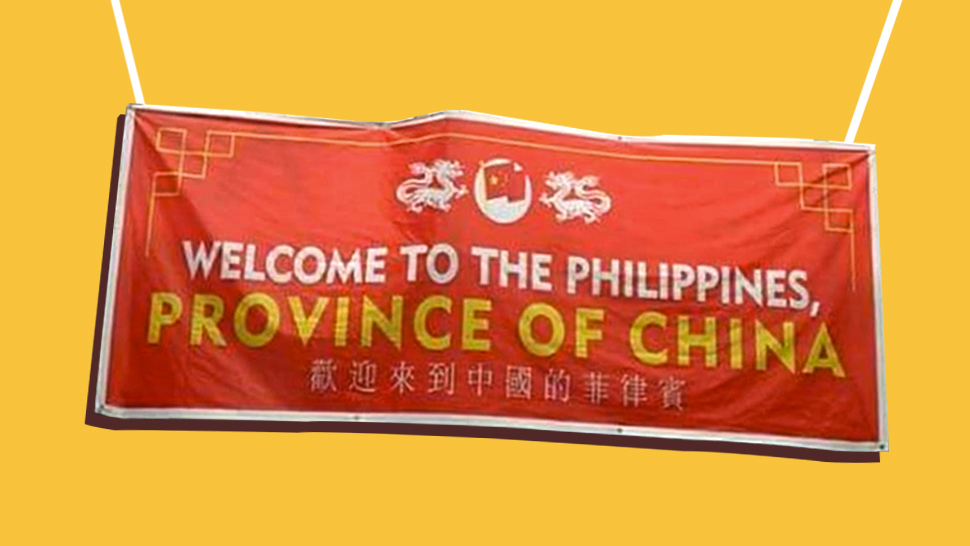 "Province of China" Banners: What Do They Mean and Why Are Filipinos Outraged?
All Photos
Comments
View As List